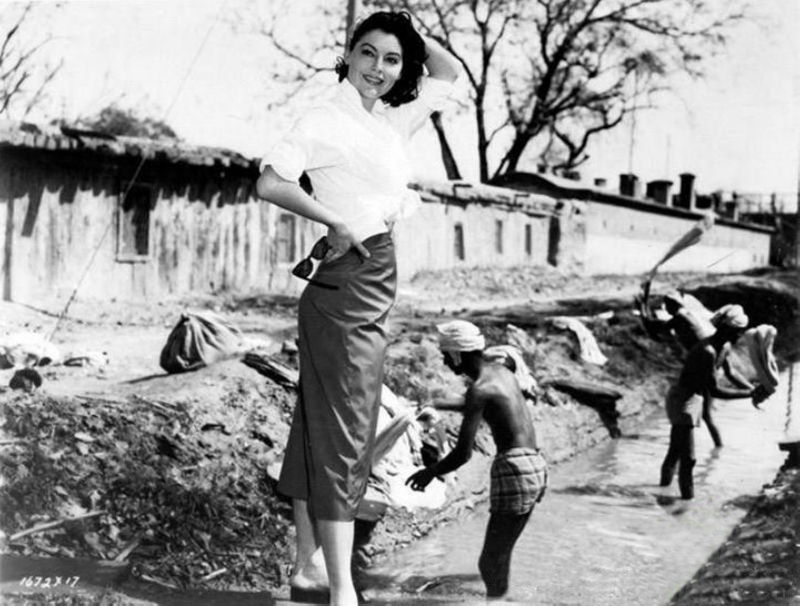 Barely a decade after Pakistan’s independence, Lahore city got a taste of Hollywood glamour when tinsel town’s studio giant, Metro-Goldwyn-Mayer (MGM), arrived in the city in 1955 to shoot the movie Bhowani Junction. Also on board were two internationally renowned stars, Ava Gardner and Stewart Granger, who were playing the lead roles in a storyline that was set in 1946, just a year before the end of the British Raj. The Lahore Railway Station, the Shalimar Gardens and Shah Almi Market were to be the main sets for the multi-nuanced epic film, based on John Masters’ book by the same name.

Bhowani Junction was Masters’ sixth novel and he was already a celebrated author by then. With a family history dating back to 1805, when his great-great grandfather arrived in India with the 8th Light Dragoons, Masters, an ex-British Army officer, put his knowledge of British India to good use in all his novels.

Published in 1954, the novel became an instant sensation. The railroad junction in the fictional town of Bhowani is central to the plot, and the story revolves around the life of Victoria Jones, a vivacious and outspoken Anglo-Indian girl serving in the British Army. Victoria’s father is the station master at Bhowani Junction, where most of the action takes place, particularly between Congress Party loyalists and agitating Communists, who are involved in inciting the crowds to violence and sabotage to hasten the departure of the British. 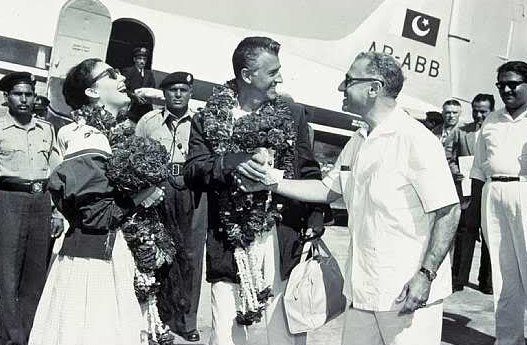 As Victoria watches her worlds collide against the highly charged political atmosphere of 1946, she is conflicted about her own identity and her loyalties. She, unintentionally, gets embroiled in a murder, followed by intrigue. At the same time, she gets romantically entangled with three men, all of different descent: an Anglo-Indian named Patrick Taylor, a Sikh native called Ranjit Kesal and an English Army officer, Colonel Rodney Savage.

As the British are destined to withdraw from the subcontinent, Masters depicts through Victoria, the angst of the Anglo-Indian minorities, who are treated with contempt. They are referred to as half-breeds or “chee-chees” (a racial slur) by all sides and have very little space to call their own. However, this community is closely involved with the Indian railway system.

The choice of Lahore as the location for Bhowani Junction by MGM caused a stir in Lahore circles. The studio had originally decided to shoot the film in India to stay true to the novel. However, the Indian government was uncomfortable with the script; they found it to be insulting, and insisted on vetting it before it went on the floor. Furthermore, apart from imposing the usual taxes, the Indian government also demanded 12 per cent of the world net profit from the film. That’s when the studio heads decided to switch the location to Lahore, and the Pakistan government not only fully supported and facilitated them, but also waived all taxes. 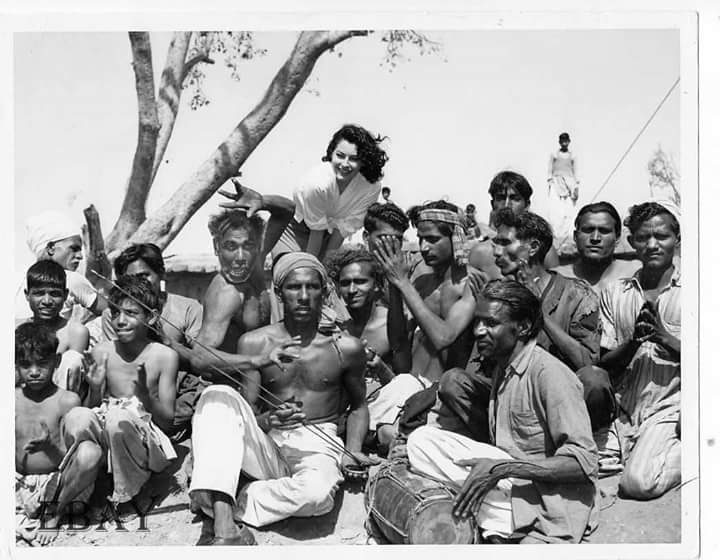 Gardner with some of the locals cast in the pre-Partition film epic.

Bhowani Junction’s entire cast and crew descended on Lahore in early 1955 to a red carpet welcome, and got front-page coverage in the national press. Having seen Gardner in local cinemas in the film, The Barefoot Contessa, a few months earlier, heightened the locals’ excitement. As one of the very few raven-haired beauties among the bevy of Hollywood blonde actresses, Ava Gardner was perhaps the most obvious choice to play Victoria Jones. She and the British-born Stewart Granger were lodged in the city’s most prestigious hotel — incidentally, the only one at the time — Lahore’s Faletti’s Hotel. From February 22 to May 1955, Gardner resided in Room 55, a two-room suite. Later, it was renamed the Ava Gardner Suite in her honour and still retains the name. A life-size portrait of the star graces one of its walls. 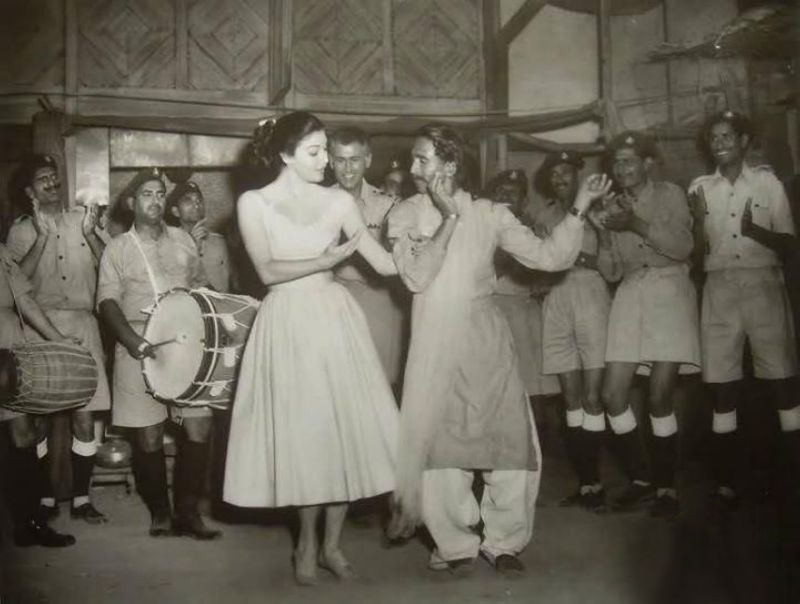 Garner dances with Pakistani troops playing the part of an army battalion in the film.

Lahore was also abuzz with casting calls for thousands of film extras needed to shoot the crushing crowds depicted in assorted scenes of mob violence, communal riots and railways strikes in and around Bhowani Junction, during pre-Partition India. The film’s director, George Cukor, captured beautifully on camera the ethnic and religious differences, the political complexities, the upheaval at the time and the resultant tense atmosphere.

The Pakistan Army provided officers and soldiers from the 5th Battalion of the 13th Frontier Force Rifles (now known as the 10 Frontier Force Regiment) for the film. In the novel, Victoria’s third love interest and main male lead, Colonel Rodney Savage (played by Stewart Granger), commands a fictional 1/13 Gurkha Rifles. Since the venue of the story was changed from India to Pakistan, several of the details in the script had to be changed as well. For the film, Colonel Savage ended up commanding an actual Pakistan Army battalion of the 13th Frontier Force Rifles, that was part of the 7 Golden Arrow Division, and Colonel Savage is seen sporting the Golden Arrow insignia on his arm in the movie.

The Pakistan government had also opened a gurdwara, especially for the scenes involving Sikhs. Most of them had been locked up after their departure during the mass migration of independence. Apparently, many Sikhs were permitted to travel across the border to participate in those scenes for the film. 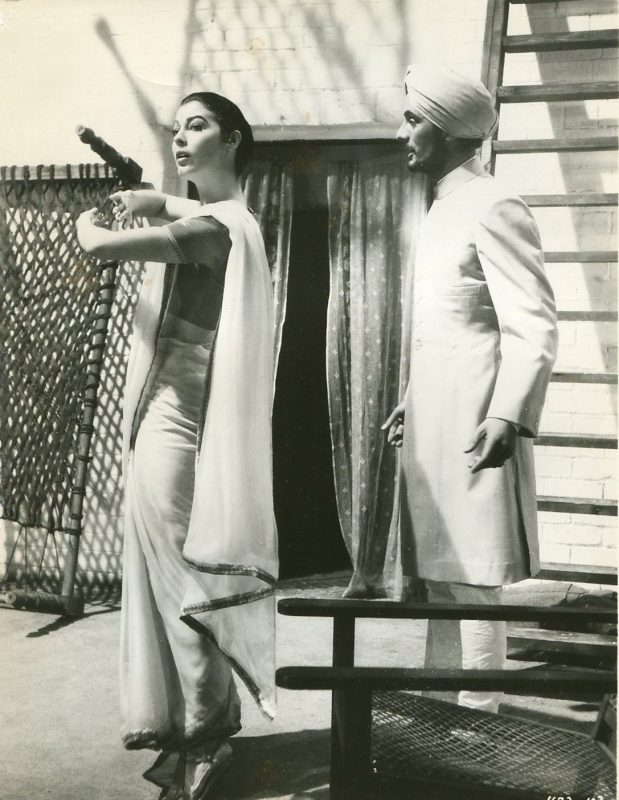 During the cast’s stay in Lahore, there was gossip galore about the Hollywood celebrities, particularly Gardner. One particular story, narrated by travel writer Mustansar Hussain Tarrar, was of her taking a stroll down the Mall Road in shorts and being chased by four boys, who wanted autographs. They were rewarded with autographs and handshakes — they vowed never to wash their hands. Another story was of her taking a tonga ride with fellow actor, Francis Matthews (who plays Ranjit Kasel), to the residence of a dancing girl in the red light district. However, Gardner was recognised by one of her die-hard fans who, out of concern, insisted on escorting them back to their hotel. Another story pertained to a verbal altercation between Stewart Granger and a young Pakistani cavalry officer because of the non-arrival of film cranes for the shoot. And there is yet another story of a fan who managed to acquire a pillow from Gardner’s hotel room, which he has preserved for the last 50 plus years. 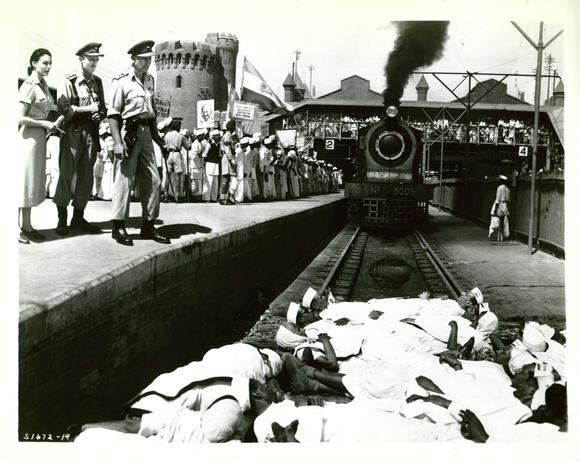 A memorable scene from the film.

Once the Bhowani Junction shoot was complete, the sneak previews of the film caused a great deal of consternation in the West, because racism was rampant in the Europe and US of the 1950s and any inter-racial relationship was taboo. Despite the fact that all the actors in the film were either British or American, the scenes in which Victoria kisses the Anglo-Indian, Patrick, and the Sikh, Ranjit Kesal, had to be deleted. And much to the film director’s chagrin — and his protests — the ending too was changed: the pure-bred English, Colonel Savage ended up with the girl, instead of the fellow Anglo-Indian. Had the script followed the original story, the film would have been truly iconic.