Nawaz Sharif’s disqualification by the Supreme Court (SC) may, arguably, be on narrow legal grounds, but it is only the first step towards a long accountability process that awaits the Sharif family.

The SC, in a bold but controversial verdict, has sent Prime Minister Sharif packing, shutting the doors of his future return to power by invoking Article 62 (1) (f) of the Constitution, that holds a person ineligible to be a member of parliament if that person is not sagacious (sadiq) or honest (ameen). Never before has this clause, that was introduced as an amendment to the 1973 Constitution by General Zia-ul-Haq’s reforms, been deployed against a sitting prime minister.

The five judges of the SC were divided 2-3 on April 20, but not so on July 28, after the Supreme Court-constituted Joint Investigation Team (JIT) had presented its report. The judges finally got Sharif on a minor, but proven, indiscretion: not declaring in his election nomination forms his receivable income from a firm in Dubai and holding a foreign work visa (iqama). The judges, however, also recorded at length the circumstantial evidence of Sharif’s alleged corruption and assets beyond his known means of income. 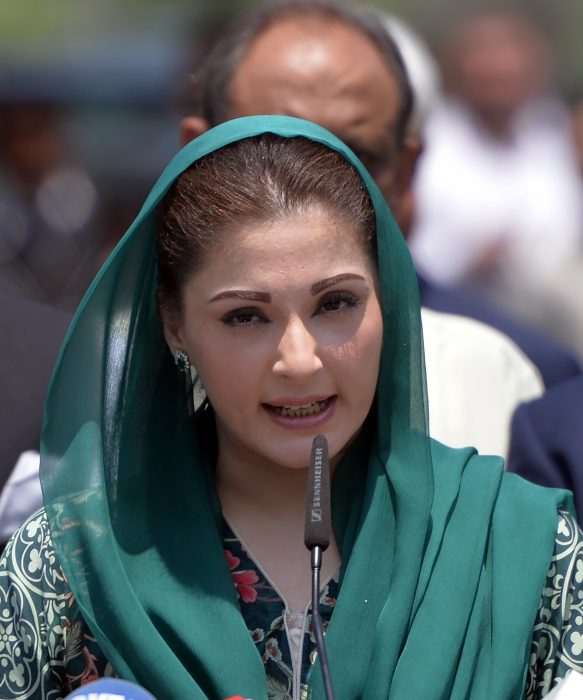 Maryam Nawaz speaks to media after appearing before the JIT.

The apex court referred several cases of corruption, money-laundering and accumulation of wealth beyond known means of income, with regard to 16 listed assets, against Sharif and his children, for trial by the subordinate courts. That way the parties involved would get an opportunity to appeal against the initial judgement. Moreover, the SC dismissed the plea of Sharif and his children that the JIT transgressed its authority and that its report should not be taken into consideration. 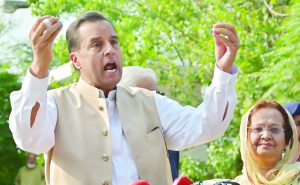 The JIT report is now being considered by the National Accountability Bureau (NAB). It will prepare and file its references in the accountability court within six weeks. Within a few days of the SC decision, the NAB announced the filing of corruption references against Sharif, his three children, Maryam, Hassan and Hussain, son-in-law Captain (R) Safdar, and his second daughter Asma’s father-in-law, former finance minister Ishaq Dar, in accountability courts. Under the SC judgement, these courts will be bound to decide these cases within six months of filing and a judge of the SC will supervise the implementation of the verdict in this regard, owing to the dereliction of duty by the NAB and its chairman who, according to one of the judges, was “indifferent” and “unwilling to perform his part.”

The PML-N, some legal experts and a section of the liberal intelligentsia have raised questions regarding the hearing of the Panama Case from the outset. They were opposed to the SC’s hearing of the case against Sharif under the apex court’s original jurisdiction of Article 184 (3). It was believed that a final verdict under this article could not be challenged in any other court, thus depriving the respondents of the right to appeal.

The use of unconventional structures of investigation such as the JIT appointed by the SC, and the use of Whatsapp to convey messages to various authorities, also drew flak from the ruling party as well as some lawyers. However, according to eminent jurist S. M. Zafar, there is a precedent that the SC can form an investigation team to ascertain some facts but there is no statute of law to this effect.

On the other hand, it was argued that an extraordinary situation requires extraordinary measures. Since the sitting chief executive was a principal accused, the federal government would never allow a fair investigation via the usual means and could influence the subordinate executive agencies. Hence, special measures were required — ones that circumvented standard procedures and norms.

After the final judgement on July 28, the SC drew criticism for invoking the controversial Article 62 of the Constitution — introduced by military ruler General Zia-ul-Haq in 1988 — to seal Sharif’s fate. It was argued that this was a provision that the apex court had, in the past, expressed reservations over for its inherent vagueness. 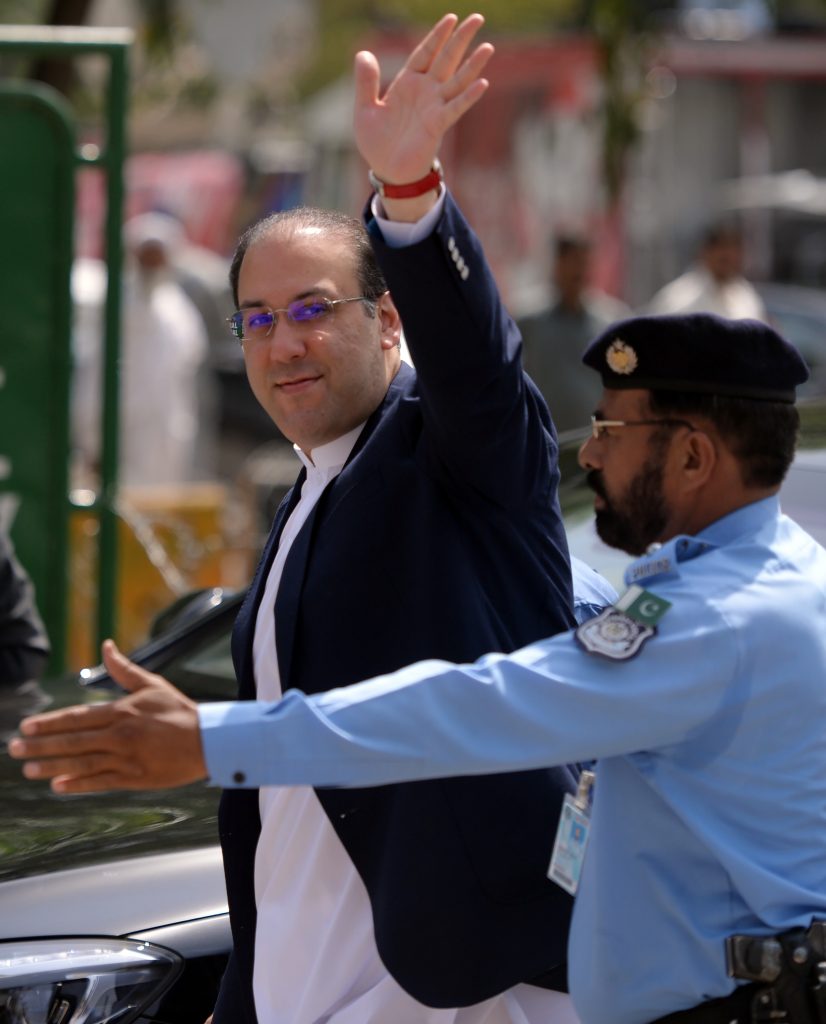 Interestingly, none of the civilian governments since 1988 took these controversial Articles off the books. At the time of the 18th Amendment, the PPP tried its best to do away with these Articles but the PML-N declined. Zafar says that these Articles of the Constitution are incomprehensible and were lying dormant until then chief justice, Iftikhar Chaudhry, started invoking them. Zafar was part of the legal team that drafted and negotiated the 18th Amendment. He had suggested, at the time, that political parties abolish these ambiguous clauses. But they shrugged off his idea, citing the significance of the clauses.

There is a perspective that although the SC’s Panama Papers judgement may be based on legally sufficient grounds, they are seemingly narrow and technical. In other words, it is a harsh verdict. Zafar explains that the disqualification part of the judgement is as weak as the earlier verdict of the apex court in the hanging of Zulfikar Ali Bhutto and will harm the SC in future. The dissenting notes by Justice Asif Saeed Khosa and Justice Gulzar on April 20 were based on different grounds than the July 28 judgements of the three judges that disqualified Sharif.

In the July 28 judgement, the SC stated that Sharif did not show his receivable income from Dubai-based Capital FZE, as assets, and that is a crime under the Representation of the People Act (ROPA), 1976. Thus, he is not honest and sagacious and is therefore ineligible for membership of parliament, under Article 62. Zafar points out that the SC has defined ‘receivable income’ as ‘assets’ using three different dictionaries and not via law or any philosophy, or doctrine. It is, he argues, a far-fetched definition of ‘assets’. How is it, he asks, that receivables can become assets and the non-receipt of an income be termed ‘malafide.’ 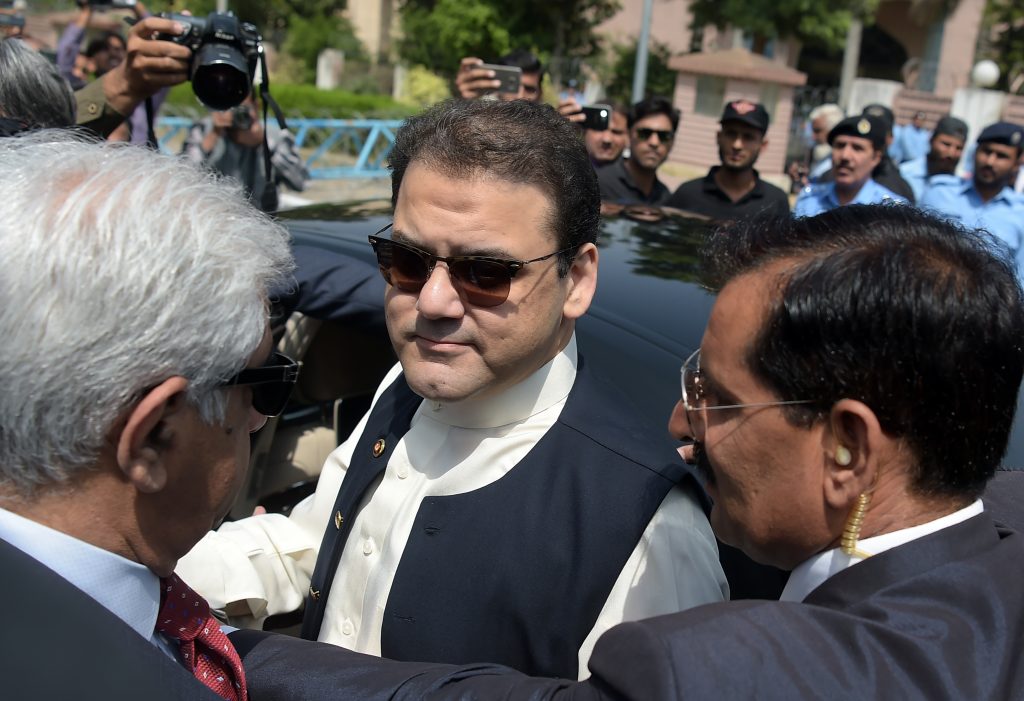 A section of jurists may pick holes in the SC judgement on a legal basis, but it cannot be denied that Sharif’s overall defence of corruption charges was weak and that he relied heavily on technical grounds. The fact is that the concerns of due process, to a large extent, were taken care of by the JIT. It followed a standard for the thoroughness of its investigation and acted independently.

During the JIT investigation, Sharif’s attitude was casual and he did not answer questions put forth to him. During the court proceedings, he did not deny the ownership of Capital FZE. He and his children did not deny the existence and ownership of the London flats. They did not produce before the court any evidence of the Qatari prince’s payment for buying the London property, which was the mainstay of their defence. Documents claiming that Maryam Nawaz was the only trustee of the companies that purchased the London flats, are dated February 2006, but the Calibri font they are typed in was not made available until 2007. The Sharifs had no solid evidence to prove that their fabulous assets were acquired through known means of income. There was no money trail. They could not refute the findings of the JIT that their assets were way beyond their means.

The Panama Papers were leaked on April 3, 2016. In the year-and-three-months since, Sharif did not disclose all his assets. As a prime minister, he did not form a judicial commission, though he was empowered to do so under the law. He could have resolved this issue with the opposition in parliament, but he dragged his feet on the issue of terms of reference and thought he could delay the talks endlessly until the issue would lose its significance and relevance.

When the SC took up the case, he thought he could influence state institutions to the point that they would fear investigating him; but the pressure built by Imran Khan and a section of the media did not allow this to happen. Sharif could have resigned in the wake of the JIT report on moral grounds; but he chose to cling to power. He overestimated his own power, while underestimating that of the opposition.

The overall body of evidence against the Sharif family’s corruption enabled the judges to carry out a fair and full investigation of the corruption cases.

A section of the media and civil society has sought a review of the Panama verdict, viewing the disqualification of an elected prime minister on such narrow legal grounds as a grave concern. It is also feared that the standard set by the SC for being a member of parliament is so strict that half of the parliament members, if not all, could be disqualified on this touchstone if petitions were to be moved against them. Many fear that Sharif’s main opponent, Imran Khan, can also be disqualified for failing to declare his assets, as a case regarding this matter is being heard against him in the SC. 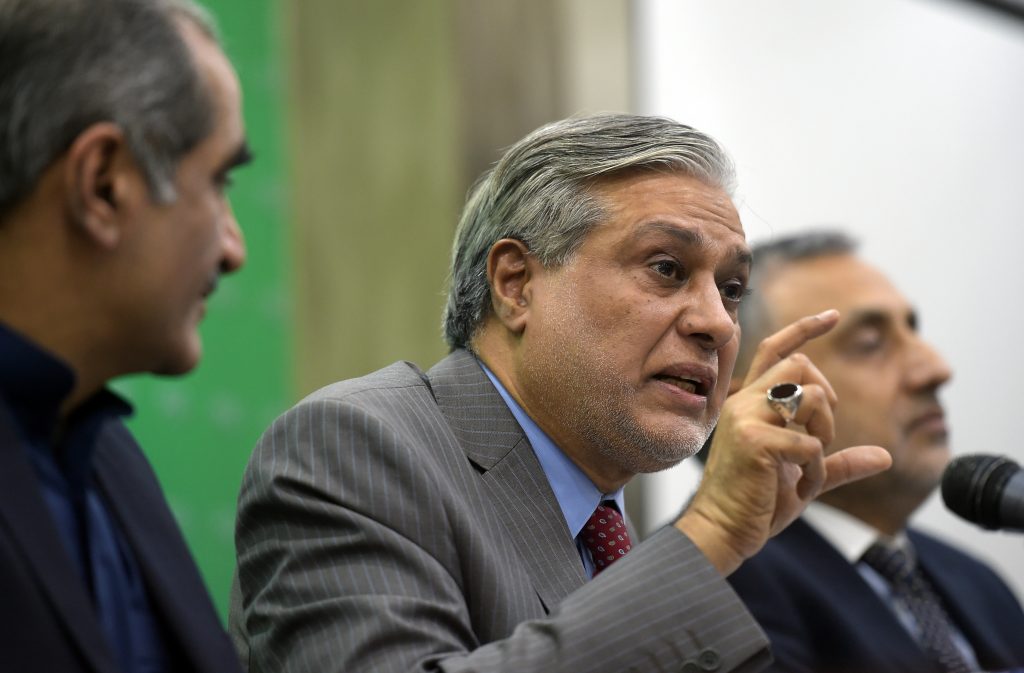 Besides, it is argued, a prime minister should not be disqualified without being given a chance to defend himself and appeal against the judgement. The issue of whether Sharif had been disqualified for life or whether, as some senior lawyers argue, his ineligibility is time-bound, needs to be clarified.

Most legal experts see little chance that the review petition by Sharif, to be heard by the same five-member bench, would find favour with the SC. A five-member bench that took nine long months to reach a conclusion is unlikely to change its mind in a review plea that traditionally concerns correction of minor technical matters.

There is a possibility, however, that the five-member bench, in a review petition, refers the matter to the chief justice of Pakistan, on whether a full-bench should be constituted to hear the appeal against this judgement. But this would be quite unusual and even if it is embarked upon, Sharif will already be entangled in the web of NAB cases against him.