Anatol Lieven is a professor at Georgetown University in Qatar and a senior fellow of the new America Foundation in Washington DC. He is author, among other books, of Pakistan: A Hard Country. 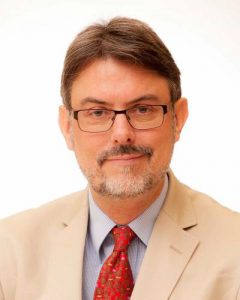 I have always been struck by the contrast between the dramatic and often violent character of Pakistan’s public life and the relative resilience and stability of Pakistani society. This resilience is the central reason why crises that would have sunk other states have left Pakistan battered, but still afloat. It is striking that several Arab states that once looked much richer and stronger than Pakistan have collapsed completely, whereas Pakistan, in its own messy and infuriating way, continues to trundle along. And if Pakistan could survive the combination of US pressure and Islamist insurgency of the past decade, and defeat that insurgency, then there are good grounds to be confident that Pakistan will go on surviving for quite a long time to come.

When writing my book about Pakistan, I used the word “Janus-faced” so many times that the editor at Penguin made 17 deletions. Again and again, I had to point to the ways in which the good and bad aspects of Pakistan were two sides of the same coin — and in particular, how the sources of resilience in Pakistan have also been sources of stagnation or oppression, and vice versa.

This is quintessentially true of the fundamental unit of Pakistani society — the extended family. This institution has, in general, either been completely ignored by economists, or damned as a source of “amoral familism” and the plundering of the state. Progressive sociologists and journalists have tended to damn the family as a source of social conservatism and oppression, especially of women. And all of this is quite true, as a glance at the Pakistani press on almost any day will show you. What these pictures fail to capture, however, is the critical role of family solidarity in preventing large masses of Pakistanis from sinking into complete immiseration, and Pakistani society from becoming even more harsh and ruthless.

This is a lesson that the modern West might do well to study. Report after report on the working classes (or rather former working classes) in the USA and Europe have established a close relationship between the breakdown of traditional family structures and general patterns of social, economic and moral decline. One might dream that some day in the future, Pakistan and the West might develop cultures that manage to combine loyalty to the family with respect for the laws of the state. To be honest though, as of today that day seems a long way off.

The Pakistani institution that has managed to insulate itself most successfully against “amoral familism” is the army — though in part, as I pointed out in my book, by turning itself into a giant biradiri and extracting resources from the state for the benefit of its members. Nonetheless, the centrality of the army to Pakistan’s existence and future has been demonstrated both by its victory over the Pakistani Taliban and by China’s commitment to CPEC and its associated projects, which was made possible by the defeat of the Pakistani Taliban, and will depend heavily on the military for both security and logistics.

Discussion on the role of the military in Pakistan has been befuddled by two competing dreams, neither of them rooted in the country’s reality. On the side of the military (and from time to time very large numbers of ordinary Pakistanis), there is the belief that because the military runs itself with considerable honesty and efficiency, it can do the same for the entire Pakistani state. This might make sense if the Pakistani population were five times smaller and the Pakistani Army were five times larger, and if the army were a truly national force rather than overwhelmingly a product of northern Punjab and the Pashtun areas. As it is, whenever the military takes over the state it finds itself ingested by Pakistani political society and governing through intermediaries, who are no better than the ones the military displaced.

On the other side is the equally absurd hope of Pakistani politicians (in the intervals of seeking military support against their political rivals) and liberal intellectuals that the Pakistan Army should behave like that of a ‘normal’ country (Denmark? New Zealand?), ‘return to the barracks,’ and abandon any role in the political life and government of the country — in the intervals, of course, not only of fighting counter-insurgency but of maintaining basic ethnic peace in Pakistan’s largest city, and being called on, at regular intervals, to perform every civilian task from disaster relief to building roads and running basic public services.

Given the lack of a credible national opposition, it looks as if the PML-N will be in power for the foreseeable future. The military has demonstrated both its centrality to the state and its lack of desire for a coup. Maybe a stable modus vivendi between the military and civilian government can be established — if only because this is very much what the Chinese strongly desire. But it’s more likely that we will see an endless struggle of low-level skirmishes between the two. Compared to the past, however, this would still be stability of a kind. It would also allow Lahore and Islamabad dinner parties to go on talking about the prospect of another military coup and the particular character of the latest army chief, topics without which — once social gossip is exhausted — they might be reduced to complete silence.

A more balanced debate on Pakistan by the Pakistani intelligentsia may be enabled by developments in India, which under Modi is coming to resemble some of the worst aspects of Pakistan. For Pakistani blasphemy lynchings, read Indian state-sanctioned lynchings in defence of cows. For India to develop in this manner is not a good thing for the world or India itself. Together with Trump’s election in the US, however, it may encourage a debate among Pakistani intellectuals, which is motivated by an interest in Pakistani problems and what to do about them, rather than an endless cringing before idealised, indeed etherealised models of Western and Indian democracy.

Among Pakistani’s critical problems, there is a short-term threat which is also likely to be a permanent one: how to manage the deep hostility of sections of Pakistani society to India and the US, while helping prevent the kind of terrorist attacks on these countries that could provoke catastrophic responses. So far, Pakistani intelligence has done a good job of cooperating with Western intelligence services to prevent such attacks.

Long may this cooperation continue. For, in my view, the only way that the forces of revolution and chaos could be unleashed in Pakistan is in the context of a US response to a terrorist attack that would create intolerable tensions and dilemmas for the Pakistani state and Pakistani soldiers. A lesser but still important challenge is to avoid being drawn by Saudi Arabia into the sectarian conflicts of the Middle East. Although the USA (largely due to Israeli influence) has lined up with Saudi Arabia against Iran, for Pakistan to do so would be utterly against Pakistani interests — and Chinese aid now gives Pakistan much more room for manoeuvre in this regard.

In the longer term, the most important problem facing Pakistan is extreme shortage of water, which is exacerbated by population growth, climate change and appallingly poor water management. The lethal effects of this combination can already be seen in the declining yields of Punjab’s agriculture. How one assesses Pakistan’s ability to meet this challenge depends largely on how far one believes that Pakistani agriculture can respond spontaneously and dynamically in the absence of effective state action.

On this I am an agnostic. On the one hand, no one can spend any length of time in Pakistan without being struck by the contrast between the Brontosaurean lumberings of the Pakistani state and the nimbleness of parts (though only parts) of Pakistan’s private economy; after all, half a century ago, parts of Pakistani agriculture responded rather brilliantly to the Green Revolution. On the other hand, the general lesson for the rest of the world seems to be that effective action in this field (as in moves to alternative energy) depends on effective cooperation between the state and private business. One thing, however, seems certain. Pakistan has enough resilience to survive and (modestly) prosper in the short to medium term. However, unless it can find answers to this critical issue, no one can guarantee its survival in the long term.