The pull of the earth is strong for Farrukh Adnan. His roots in Tulamba in Khanewal District in Punjab, where he was born, become the source of a multilayered investigation into land, history and memory. His recent show at Koel Gallery, titled Enigmatic Spaces,  features pen & ink works that survey the complex dynamics of place and imagination. 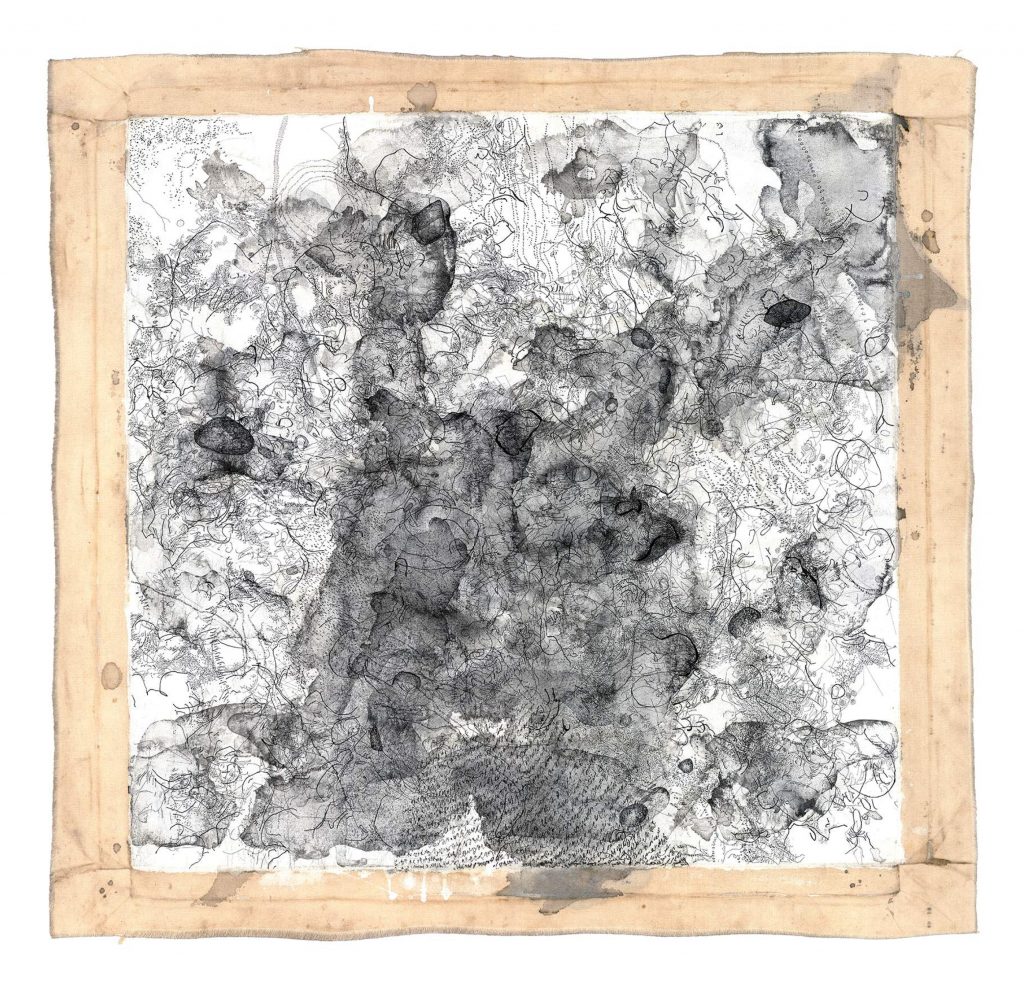 Farrukh’s attachment to the land plays a key role in shaping his identity. He speaks of this ancient land — where traces of civilisation date back to the Harappan period — in terms of personal history. He recalls playing around the mound of Tulamba as a child and unearthing small artefacts from time to time. Subsequently, his father would show him maps that had been made by British officers in their diligent endeavour to survey and document the lands which came under their control. In this way, Farrukh added on another dimension to view space; namely, a conceptual space that exists as an abstract two-dimensional representation of the original space, which is physical and three-dimensional.

In his book Landscape and Memory, Simon Schama says: “There is a difference between land which is earth, and landscape, which signifies a kind of jurisdiction.” This distinction may be applied to Farrukh Adnan’s artistic response to Tulamba. For him, the earth which may be felt and walked upon, and the landscape which may be visualised abstractly as topography and cartography, are different iterations of a place that has integrated deeply with his being.

The geological accretions that contribute to the creation of structures, such as the mound of Tulamba, form parallels with the accretions of studied knowledge and subconscious memory. Farrukh has compared walking on this ancient land as a form of “reading” the terrain. In the process, the physical landscape imprints its ineffable energy upon the landscape of memory. He distils his perceptions of land, landscape and memory into brilliant pen & ink works which display a balance of complexity and clarity.

Upon entering the Gallery, the homogeneity of white framed and white mounted works conveys a sense of harmony and order. There is a distinct sense of having walked into a land surveyor’s place of worship. A close inspection of the individual works reveals the intricacy and variation of mark making. These “maps” are not markers of literal boundaries and topography. Rather, they are combinations of place and cultural process synthesized through memory, whose boundaries forever remain incomplete and mysterious.

Farrukh’s work is rendered onto canvas. The creation of a smooth surface is imperative in order for him to apply his precise strokes of ink. He applies multiple layers (30 or more) of extremely dilute primer to make the canvas impermeable. The final texture is flexible, smooth and robust, not unlike the texture of leather.

Farrukh uses a variety of marks to create pattern in his works. At times, heavily stippled geometric blocks bear similarity to boundary-markers on a map. Some canvases have an all over curved line pattern that creates the background. Hatch marks, comprising dots, dashes, half-moons and “V” shapes, create varied zones of grey hues. The marks are sometimes condensed symbols taken from artefacts of the diverse religious traditions — Hinduism, Buddhism, Islam, Sikhism — whose adherents have lived in the area. Watery ink splatters on some canvases add a spontaneous touch that contrasts with the precision of pen marks.

In some works such as ‘Secret Truth II,’ Farrukh has created zones of dark, concentrated ink with large areas of the background left unmarked. In works such as ‘The Moving City,’ there are no blank areas; the entire surface is covered with shaded zones from which topographical shapes emerge. The irregular edges of the shapes resemble jagged coastlines.

Farrukh’s revisits of the ancient site of Tulamba, through memory interventions, have found expression in artwork that displays strong spatiality. The work titled ‘Stack of Memory’ comprises a set of 27 small frames. Each of these shows a dark, central blot where, seemingly, a fragment of memory has congealed around an event or a point of significant recall. The memory map becomes a mnemonic device that facilitates recall.

The drawings in Enigmatic Spaces represent the confluence of place, personal experience and passage of time. They attest to the mystical relationship that humans form with land that goes far beyond the structural definitions of modern political and administrative boundaries. The encounter of self and environment lies at the heart of these architectural abstractions.