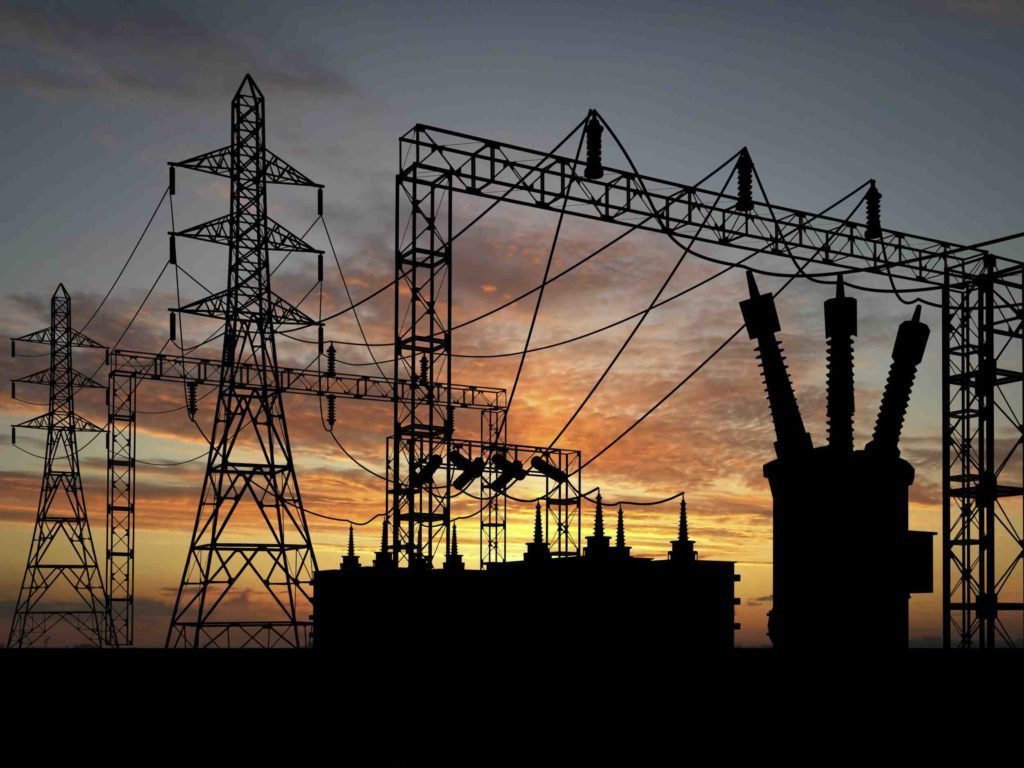 The organisation responsible for the generation, transmission and distribution of electricity to Karachi and its adjoining areas — including district Lasbela in Balochistan — has been entangled in a web of controversy for the past couple of years. In recent months, thousands of complaints have landed at K-Electric’s (KE) doorstep, as well as at the office of its Provincial Ombudsperson for Sindh, Muhammad Yamin. Political parties have demanded the arrest of KE’s management, while standing committees in the Senate and Sindh Assembly have called for legal action. Inquiries have been carried out by the National Electric Power Regulatory Authority (NEPRA) and the Federal Board of Revenue (FBR), and the federal government has taken the matter to the Supreme Court and the Sindh High Court. Sui Southern Gas Company, Pakistan State Oil and the National Transmission and Dispatch Company have all pressured KE for the recovery of their dues and the Pakistan Electronic Media Regulatory Authority has reduced KE’s multi-year tariff by Rs. 3.50. In light of these problems, Shanghai Electric Power has withdrawn its original offer of $1.77 billion for a 66 per cent share in the company. The value of the new offer has not yet been disclosed.

Ever since its privatisation, the company has come in for severe criticism, but whenever the government or the consumers have sought any action against KE, it has managed to get a stay order from the courts and a delay in the proceedings of NEPRA, the regulatory body.

KE has, in the past years, focused more on public relations. It has read the peculiar political environment of the city, and found its way around by offering lucrative posts to the kith and kin of influential political personalities from ruling parties in the city — such as the Muttahida Qaumi Movement (MQM) and the Pakistan People’s Party (PPP). At the same time, it has also hired former military men for its security department.

On the services front, KE prioritises specific localities, sparing them power cuts on account of a high rate of recovery of dues. The company claims that 60 per cent of the city does not undergo load shedding and the 40 per cent that does, owes this torment to line losses, kunda connections, and the low recovery of financial dues. But in recent years, there were about four to five major power breakdowns that left most parts of the city in total darkness. For these, the company blames a low-pressure gas supply in their power generation facilities. Recently, KE has masterminded a new excuse: high humidity levels lead to the tripping of lines. 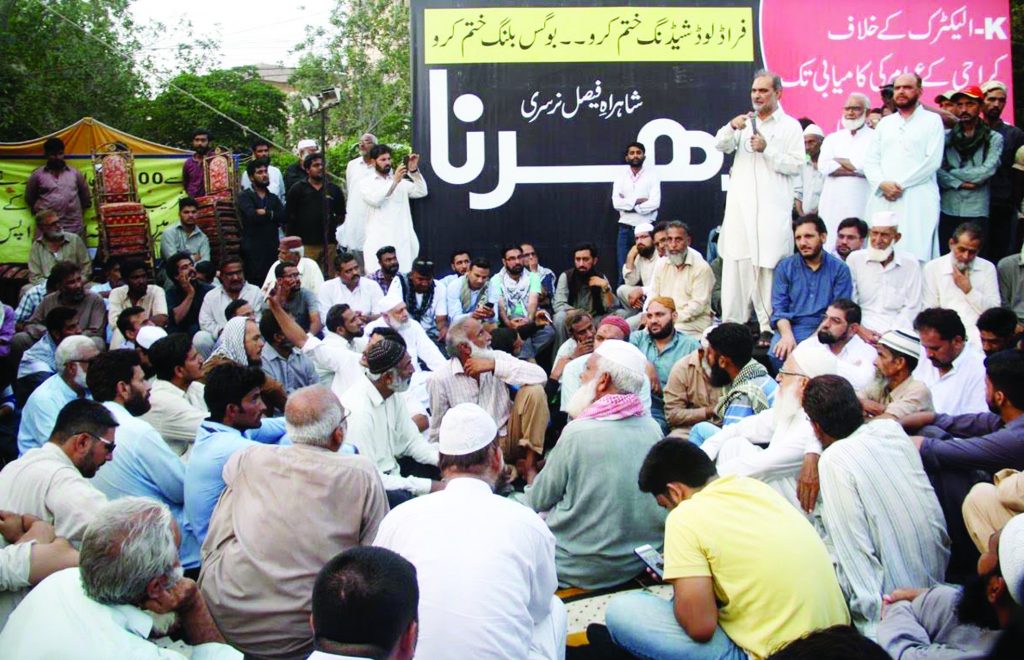 In a recent hearing of a petition filed against KE by civil society organisations, the eminent lawyer, Faisal Siddiqui, argued that KE’s skilful art of manoeuvering its way around the courts was tantamount to exploitation of the judicial system. The regulatory body, NEPRA, has been accused of having a soft corner for KE. Hafiz Naeem-ur-Rehman, the Jamaat-i-Islami’s (JI) Karachi chief, has pointed this out on several occasions during his party’s public demonstrations against KE. In a NEPRA meeting last year in Karachi, Rehman appeared on behalf of the citizens of the city to highlight that dozens of complaints by consumers have not yet been disposed of despite the passage of several months. He pointed out that it was mandatory for NEPRA to reach a decision on these complaints within 15 days.

Residential localities have had to rely on UPS and gas/oil generators. Markets are flooded with various brands of Chinese-made generators, as well as generator mechanic shops. “This has not rid us of the payments accrued as a result of having an electric meter in our homes,” complains an electronics dealer in Baldia town. “Every year, someone from the neighbourhood complains about an electricity bill with a hefty amount shown in the arrears section and marked for suspicion of theft.” The electronics dealer complains that when KE is approached, it sends one of its employees for inspection, and they have the authority to punish you for irregular wiring. “The jumbled mass of wires in the area provides more than enough evidence for them to prove that their suspicions of theft and resultant overbilling are justified,” he continues, “and so, there is no way to avoid paying the bill. One could avail the facility to pay the bill in instalments, or get a 40 to 50 per cent discount on a lump sum payment.”

At the end of every month, he explains, the company officials set up a stall on the roadside opposite his shop. Two or three officials sit and ask the traders and residents to get a discount on their bills and arrears by paying the total amount, or acquire the facility to pay in monthly instalments. If consumers have issues with the billed amount and do not wish to pay, they have to be prepared for a tiring process of getting in touch with company officials and paying several visits to their customer facilities. If they fail to get relief through this channel, they have to approach the ombudsperson with their complaints, where a date for a hearing is assigned at which an official of the KE is required to be present. In such an event, there is a chance that the charges might be reversed.

According to statistics released by the Federal Ombudsperson, Salman Farooqui, at a press conference in February this year, there has been an increase in complaints against the power utility in the last couple of years. The regional office of the federal ombudsman had disposed of 18,304 complaints — the highest number of complaints against any utility — lodged against the KE last year.

In a Sindh High Court hearing of a petition filed against KE by civil society organisations, the petitioners’ lawyer, Faisal Siddiqui, cited NEPRA’s January 2016 directives, which clearly stated that area-wise load shedding on the basis of low recovery was unjustified. Siddiqui said that depriving an entire area of electricity just because one person had defaulted on bill payment, was unjustified. He added that even if it was a matter of theft, the person committing the crime should bear the brunt of the power cuts, not those in the adjoining houses. Yet the practice of collective punishment continues.

“Until 2013, the load shedding hours remained more or less the same — 7.5 to 10 hours a day,” explains Zahra Munir, owner of a home-based textile workshop in Orangi Town. “Load shedding had a weekly schedule and so one could plan their day accordingly; and Sundays were exempted. But for the last couple of years, no schedule is followed and timings vary almost every day.”

Almost half the population of Karachi — localities termed as ‘low recovery areas’ by KE — are slapped with rampant power cuts in the name of ‘load shedding,’ or ‘technical faults.’ There are those who have learnt to live with it. “We have stopped complaining and harbour little hope in the government and its functionaries,” laments a trader from Saeedabad. “We have realised that we have to live with it and so it is better to seek alternatives. One of the traders has set up a diesel generator of 40 KV, provided connections to all the shops, and collects a fixed amount of Rs. 1,500 to 3000 per month from the shopkeepers and homes, based on the usage — the number of fans and light bulbs.”

Markets in Baldia Town, Orangi Town, Keamari, and District Central, Karachi, have made similar arrangements. “It makes things easier,” says a jeweller in a Baldia Town market. “We don’t need individual generators anymore, which means no hassle of maintenance and fuel arrangements.”

For the rest, who live in working class localities, there’s no way to deal with this problem. Labour bodies and JI have demanded the re-nationalisation of KE. The Sindh High Court, has in its verdict on the petition filed by civil society organisations, instructed NEPRA to take action against the power utility. A NEPRA team visited the city for an inquiry; it is anticipated that the company might be slapped with fines. But there is little hope that this will have any effect on the company’s performance.

In 2015, when the city was hit by a heatwave that, coupled with power breakdowns, resulted in the loss of more than 2,000 human lives, morgues fell short of capacity to store the bodies. While many heat stroke victims found their final resting place in Edhi’s graveyard of the unclaimed, large numbers of deaths on the peripheries of the city went undocumented, as they didn’t make it to the big hospitals.

Political parties, such as the PPP, and civil society organisations held KE responsible for those deaths, while KE pointed its finger at the provincial government itself.

Given the performance of KE, the idea that private entities — and not the government — should manage the provision of public utilities, has become questionable. The investment firm, Abraaj Group, ran KE like a purely commercial venture, and spent little in improving the efficiency of the utility, thus leading to catastrophic results. While the company earned huge profits, it provided scant relief to the customers, who were reeling from the soaring summer temperatures. And now that Abraaj Group is on its way out, the big question is: will the new incumbent, Shanghai Electric Power, improve on the organisation’s performance and provide relief to Karachi’s weary citizens, or will it go the way of K-Electric?