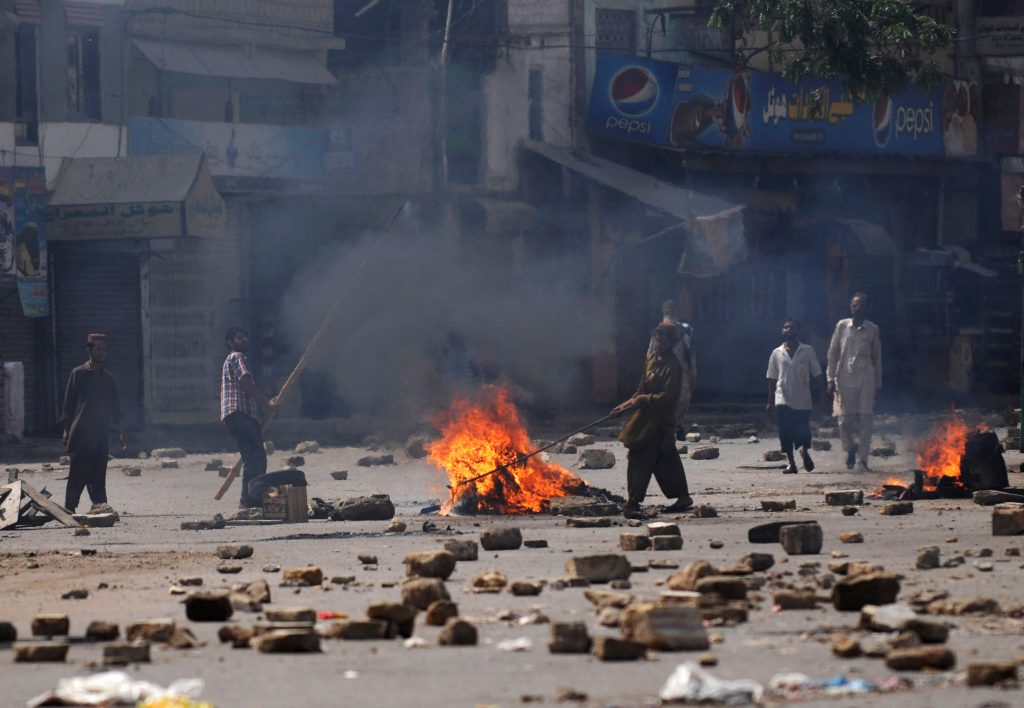 Karachi is a story of a city that scales the heights of crime and corruption, of squandered opportunity, of leaders’ abject neglect — and of the systematic rape of the resources of the people they lead. Karachi is also a story of its inhabitants’ courage, of their awesome fightback, and of their resilience born of a spirit that refuses to say die.

TheEconomist’s EIU Liveablity Ranking Survey ranks 140 cities worldwide according to the best and worst living conditions. Ratings are based on lifestyle challenges, taking into account, infrastructure, threat of terrorism, safety, healthcare and education. Karachi ranks sixth worst alongside Algiers, and 134th out of the 140 cities assessed on the survey, having one of the lowest scores for stability because of crime and conflict, and for culture and environment — both victims of the ongoing war being waged on city streets. A modest score of 66.7 out of 100 in education saves Karachi’s ranking from hitting rock bottom.

Karachi faced one of its worst law-and-order situations between 2008 and 2013, with 54.88 per cent of Sindh’s crimes originating in the city. Some of the most vicious political and ethnic battles took place in the narrow, congested streets of Lyari.

One of the Pakistan People’s Party’s (PPP) oldest and most loyal constituencies, Lyari was systematically neglected by the party it hero-worshipped, rendering it a bleak shanty township — and a battleground for vicious turf wars between drug, arms and land mafias affiliated with different political parties, specifically the PPP and the Muttahida Qaumi Movement (MQM).

The vortex of violence in Lyari created a dire security and lifestyle situation, leading to a mass exodus of its residents — many of them third and fourth generation Lyariites. 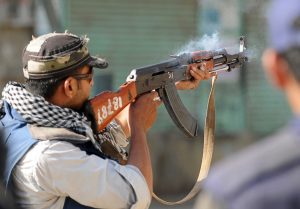 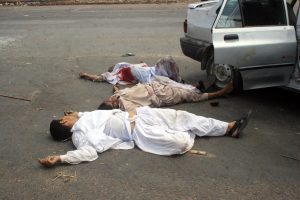 But it was not just the killing streets of Lyari that left city residents holding their breath. In 2013, not a month went by when a bori-band laash (dead body in a gunny bag) was not discovered on the streets. The number of targeted killings, whether political, sectarian or ethnic, was averaging 48 per week. “In the morning when we step out for work, we don’t know if we’ll return home alive,” was a common refrain from Karachiities. Members of the business community, in particular, were targeted for kidnapping for ransom, paid millions in bhatta (extortion money), and faced grave threats to their lives, forcing many of them to shift their investment and businesses to other countries.

To make matters worse, crime in Karachi was not restricted to gang wars and the drugs and arms trade.

With a population growth rate of 4.15 per cent, Karachi’s current housing backlog is an estimated 90,000 units per year. This owes in great part to the no-holds-barred land-grabbing by the “qabza mafia” (occupation mafia) who, sometimes in collusion with housing authorities, property developers — and in some cases even government officials — employ private militias to illegally occupy property. 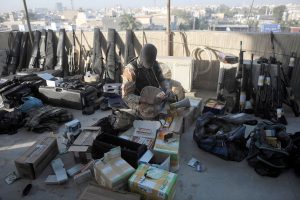 With the ever-escalating price of property, ruthless land grabbers will go to any lengths to acquire it — including murder. In January 2015, two senior KMC land officials were gunned down in their moving vehicle by unknown assailants on a motorbike near the NIPA flyover. The police believed members of the land mafia were responsible for the premeditated double murder, as neither of the land officials had any known political, religious or sectarian connections and both were from different ethnicities and backgrounds. But as is only too often the case, no one was ever apprehended for the murders.

Land mafias with powerful political backing are, in fact, said to have been behind several targeted killings in the city. The 2013 murder of Perween Rahman, a former director of the Orangi Pilot Project, is another case in point. Her lifelong development work in impoverished low-income areas in and around the city gained her first hand knowledge of land-grabbing by the land mafias and their political patrons. And after his arrest in May 2016, the main accused in the Rahman murder, Raheem Swati, confessed that Rahman was a target because she had refused to allot him land to set up a judo-karate centre.

Land is also the basis for contention of another sort: the battle for power being waged among different ethnic races that constitute Karachi’s population.

Ninety per cent of Karachi’s population is made up of migrants — the old settlers who came at Partition and still refer to themselves as mohajir, and the ever-burgeoning Pakhtun population that now surpasses in number the denizens of Peshawar, Quetta and Kandahar. Violent clashes first erupted between the two in the mid-1980s, ostensibly over the question of identity. The bottom line, however, was territorial control.

After the MQM first made its presence known in 1990, Karachi was never the same again, as it turfed out most other power players in the city and, but for a few sporadic intervals, held Karachi in a virtual choke-hold for almost three decades. Gradually other elements and political parties adopted many of MQM’s strong-arm tactics, turning the city into a veritable battleground. 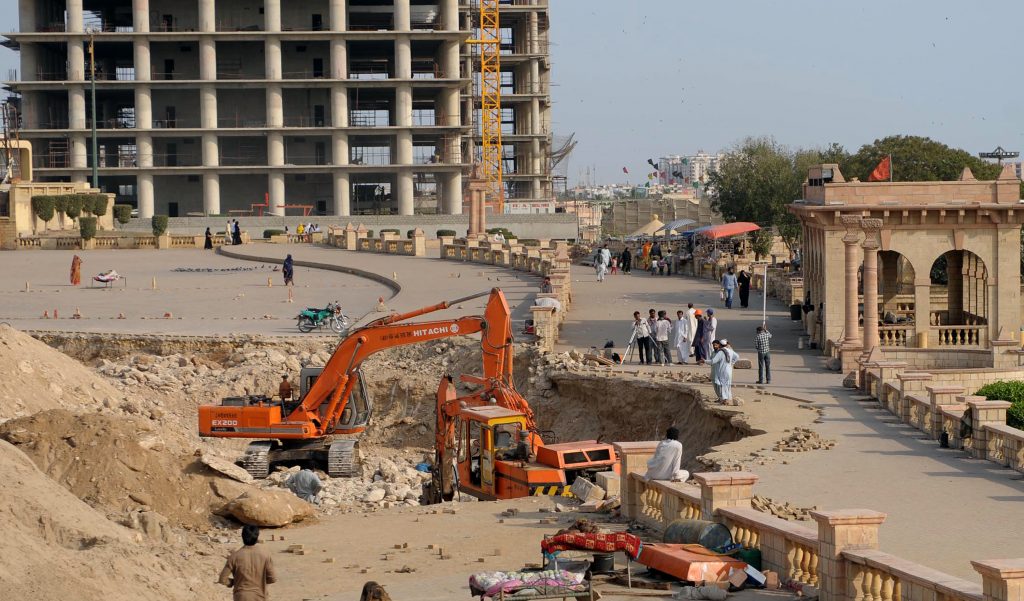 However, despite the war on its streets, and even at its worst time, with repeated shutter-down strikes and mob protests, Karachi — the world’s sixth largest megalopolis — remained the financial and economic juggernaut of the country, contributing 35 to 40 per cent of Pakistan’s tax revenue. According to PricewaterhouseCoopers, Karachi’s total GDP in 2009 was USD 78 billion, and even with conservative projections, is expected to rise to USD 193 billion in 2025. But as any Karachiite will tell you, for the residents of the city, the only real business at hand is that of staying alive.

Finally, even Prime Minister Nawaz Sharif, ensconced in his ivory towers of Islamabad and Raiwind, was forced to take cognisance of this situation and turn his sights on Karachi. Three years ago the Rangers were deployed in Sindh and awarded “special powers” through a notification approved and issued by the National Assembly in light of the Pakistan Protection Ordinance. For the first time the Rangers were given authorisation to arrest a suspect and keep him in custody for 90 days for purposes of investigation. And on September 5, 2013, the Rangers Operation in Karachi began in earnest.

One of the most unthinkable raids took place when the Sindh Rangers conducted raids on the hitherto almost sacrosanct Nine-Zero, the MQM headquarters, for harbouring suspected target-killers and other criminals. The other prominent raid was on the heavily politicised Sindh Building Control Authority (SBCA) offices over illegal construction and China cutting — the illegal plotting of state-owned land.

In August 2015, the Sindh Rangers announced it had completed the first phase of its ongoing security operations and was preparing for phase II — hunting down land grabbers, target killers, extortionists, kidnappers and terrorists with even more severity.

Certainly, courtesy its crackdown operation, the Rangers are credited for the drastic drop in targeted killings by 80 per cent, and CPLC figures show a decrease in kidnapping for ransom and car theft and auto snatching as well. 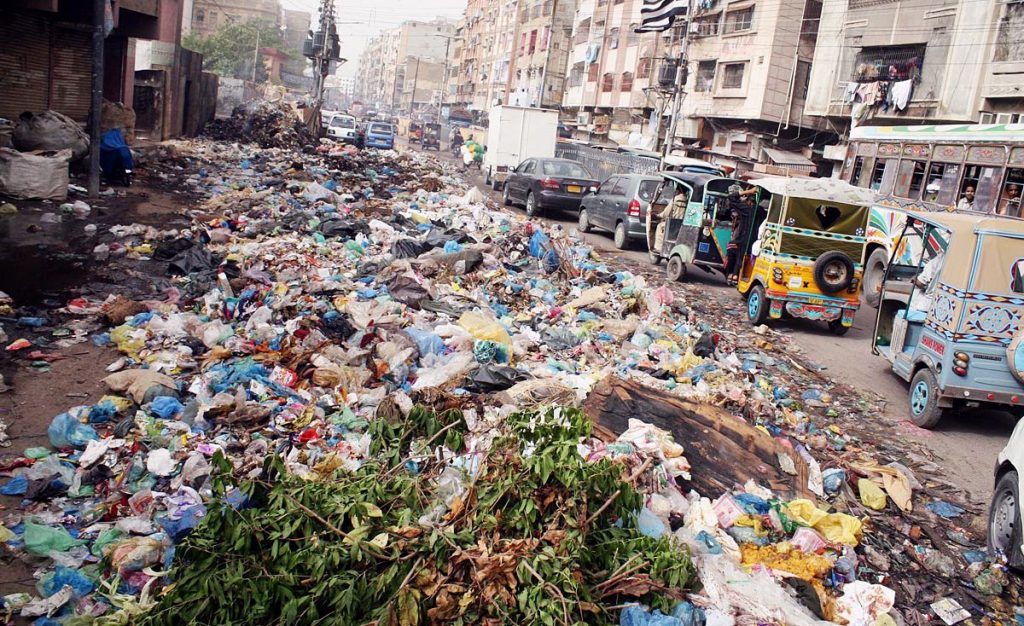 Against this backdrop and with relative peace returning to the city, trade and commerce have picked up, and as per the President of the All Karachi Traders Association, 2015 saw a 10-year-old Eid shopping record broken in Karachi when residents spent Rs. 70 billion rupees during the festive season.

The point is, are an economic upsurge and a lull in crime the only indicators of a city’s well being?

The city of 23 million people produces 20,000 tons of solid waste every single day, but only a fraction of this is transported to landfills outside Karachi. Most of it is heaped and burnt inside the city, in drainage channels, open dumps and in and around residential areas. Karachi has, in fact, been transformed into a large garbage dump. And with a local government that has been mostly dysfunctional and with criminally negligent municipal authorities and an equally ineffective Sindh Environmental Protection Agency (SEPA), threats of a major health catastrophe always loom large.

Another dangerous trend directly linked to a city’s survival and sustainability is its number of high-rise buildings. On a sinking coastal belt this acquires even more significance. Because of land subsidence, Clifton and DHA are expected to become more and more prone to minor earthquakes and to the phenomenon of liquefaction (soil loses strength and stiffness in response to applied stress, usually earthquake-shaking or other sudden changes in stress condition, causing it to behave like a liquid), as large sections of these areas are land reclaimed from the sea. But neither the protests by civil society organisations, nor endless media reports have effected a stop to the dangerous reclamation. In fact now building projects spring up in the blink of an eye, regardless of zoning laws or of possible peril. 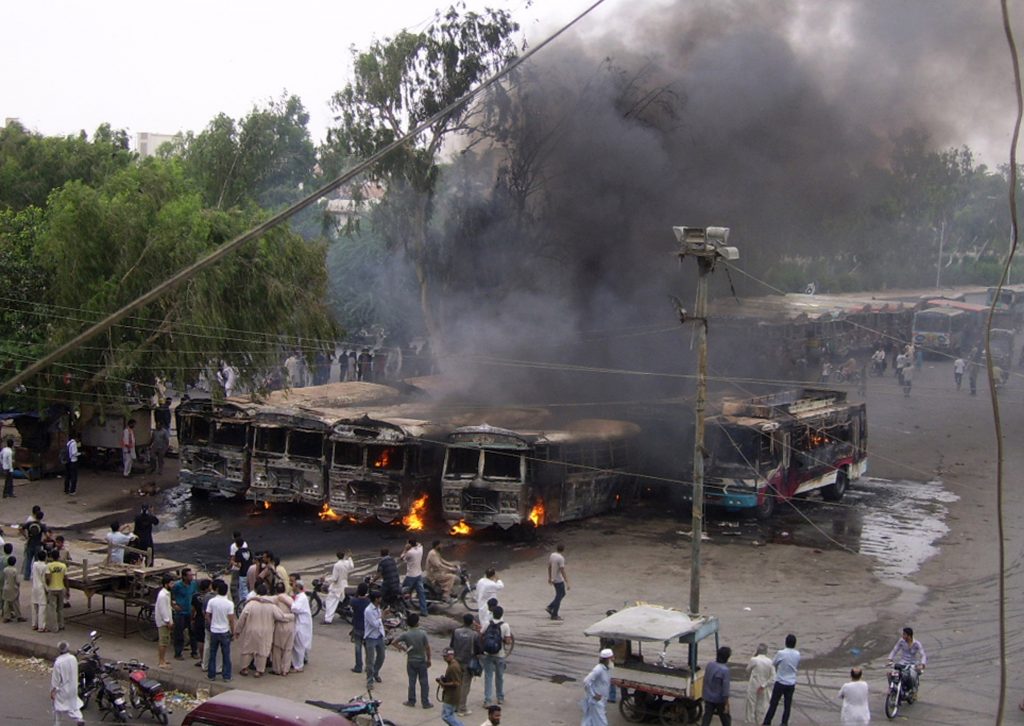 So while the Rangers operations in Karachi may have brought down the level of serious crimes, the city has a long way to go before its citizens feel a real sense of security.

Petty crime has actually increased. And the fallout? Frighteningly, increasing incidents of vigilantism are being reported, as people have begun to resort to mob justice — sometimes with fatal consequences. Reportedly, within the last month, in separate incidents a government official, a security guard near Hasan Square, a beggar in Gulshan-e-Iqbal and a KMC sweeper in Lines Area fell innocent victims to vigilante justice. Last December, the police arrived only after a suspected thief was burnt alive by a brutal mob for allegedly robbing a dry-fruit store and a few fruit vendors.

Little wonder then, that according to The Economist’s EIU (Economist Intelligence Unit) report released in August 2016, Karachi is now ranked among the 10 least liveable cities in the world.

This article by Deneb Sumbul was published in the September 2016 issue of the Newsline.