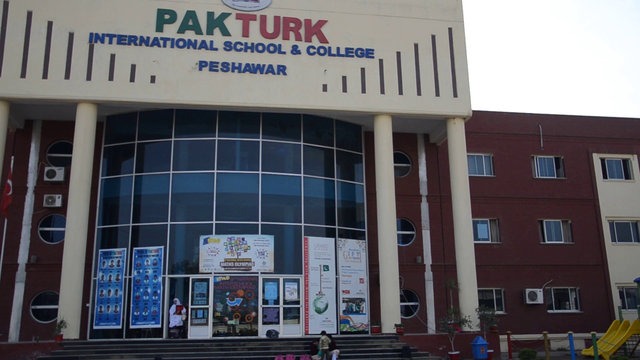 We have not violated any law, nor do we work on a political agenda,” says Engin Yigit, Director, Public Relations, at PakTurk International Schools and Colleges. Leading me to his office on the first floor of the school’s Islamabad campus, he looks relaxed and shows no signs of strain.

Located in Sector H-8, the Islamabad campus of PakTurk School attracts students from varied backgrounds. It claims to provide “affordable quality education” to all segments of the population, with significant amounts given as scholarships to deserving students, to enable them to acquire quality education and enhance their quality of life. Highly regarded for its educational excellence, the school, which is located right next to Lahore Grammar School, offers tough competition to its rival institutes. Due to the summer break, there are no students to be seen on the campus, except for a few Turkish children playing in the well-equipped playground.

“There are no Turkish students at any of our campuses, except for the children of our staff members,” Mr. Yigit explains, as we sip Turkish tea in his office. 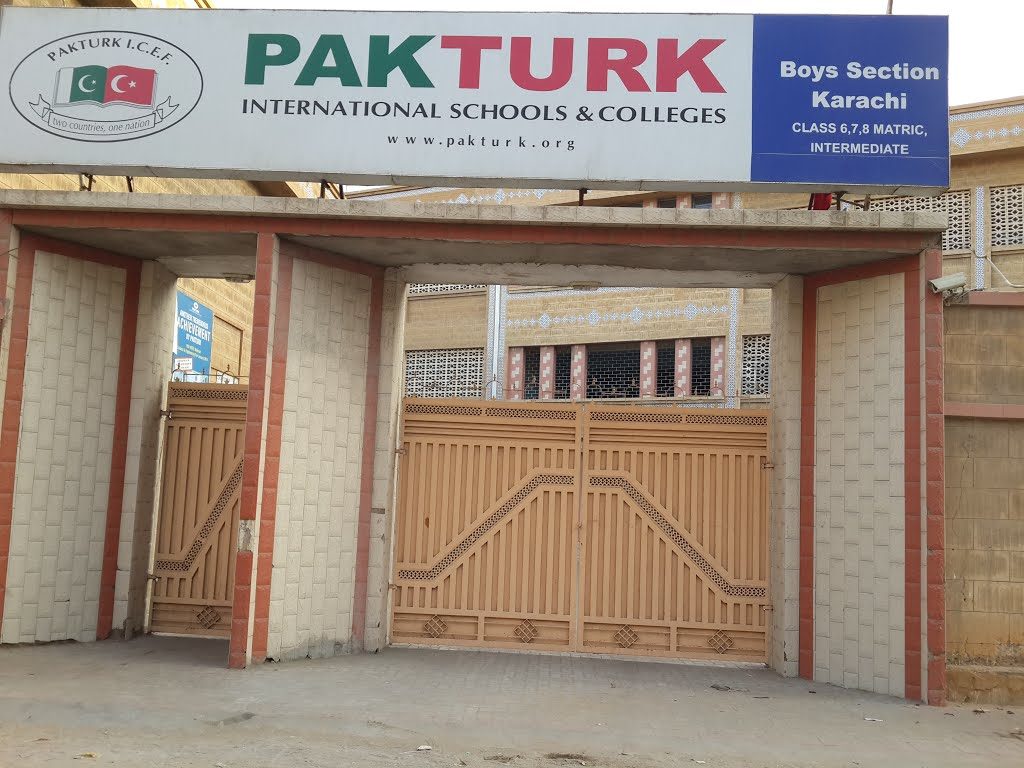 PakTurk International Schools and Colleges, a chain of Turkish educational institutions, was established in 1995 and the first PakTurk School was set up in Islamabad in 1997. The network has grown significantly since, and there 25 schools spread across Pakistan. With its branches extending from Karachi to Quetta and Jamshoro to Peshawar, the estimated number of students in all the campuses is said to be around 9,500.

The network of schools came under the media scanner last month, after the Turkish government demanded that Pakistan close down the entire network following the failed army coup to overthrow Turkish President Recep Tayyip Erdogan.

Since then, Erdogan has ordered a ruthless purge and arrest of anyone even suspected of having links with his political rival, Fethullah GÃ¼len — the religious scholar in exile in the US, whom Erdogan holds responsible for the coup attempt.

So far 67,000 Turkish government officials have been suspended on suspicion of being sympathetic to Gulen. A state of emergency was announced in the country, which suspended Turkey’s compliance with the European Convention on Human Rights. Additionally, 45 newspapers, 15 magazines, 16 TV channels and 23 radio stations have also been closed.

Besides that, 15 universities, 1043 private schools and around 1230 charity organisations have also been forced to shut down. Thousands of teachers have been suspended by the Turkish government and academics have been barred from leaving the country until further notice.

Responding to a question regardint the same, the Foreign Office spokesperson Nafees Zakaria said, “Pakistan has very close and brotherly ties with Turkey. We are aware of the Turkish concerns. Authorities in both countries are in touch with each other to address Turkish concerns, while also remaining cognizant of the importance of avoiding disruption in the academic activities of a sizeable number of students.”

The PakTurk Schools and Colleges have been registered with the Federal Board of Intermediate and Secondary Education, the Cambridge International Examinations and other regional boards. The curriculum taught at the schools is the same as that in any other school in the country, with nothing ‘special’ or ‘extra’ being taught.

The director of Public Relations at PakTurk schools called the news “fabricated. The Board still comprises three Pakistani and three Turkish nationals,” he said. 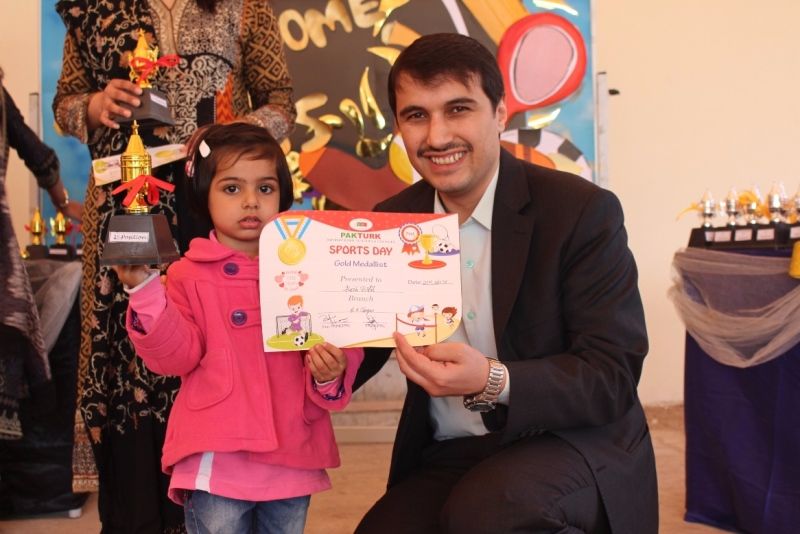 While allegations of having links with the GÃ¼len movement mount, the PakTurk administration vehemently denies any such connection. An official statement released by the PakTurk schools reads, “We are deeply concerned about allegations made by a certain section of the social media trying to connect the PakTurk International Schools and Colleges in Pakistan with Mr. Fethullah GÃ¼len or the political movement ascribed to him in [the] wake of the recent unfortunate and reprehensible events in Turkey.

“We do, unequivocally, clarify that the PakTurk International Schools and Colleges in Pakistan have no affiliation or connection with any political individual or any movement or organisation, whether political, religious or denominational, nor do we have a financial relationship with any movement,” the statement further added.

A 2008 report by The New York Times, titled ‘Turkish Schools Offer Pakistan a Gentler Vision of Islam,’ written by Sabrina Tavernise, focused on the curriculum and religious activities of the PakTurk schools.

“They prescribe a strong western curriculum, with courses taught in English, from math and science to English literature and Shakespeare,” the report said.

“They do not teach religion beyond the one class in Islamic studies that is required by the state. Unlike British-style private schools, however, they encourage Islam in their dormitories, where teachers set examples in lifestyle and prayer.”

“Religious schools can’t give them the modern education. PakTurk does both,” says a father who is quoted in the report.

“The model,” Ms. Tavernise goes on to write, “is the brainchild of a Turkish Islamic scholar, Fethullah GÃ¼len. A preacher with millions of followers in Turkey, Mr. GÃ¼len, 69, comes from a tradition of Sufism, an introspective, mystical strain of Islam.”

In recent reports, the administration of the PakTurk schools has denied having any links with the GÃ¼len movement on an official level; however, individuals may have been “inspired” by GÃ¼len and his movement. 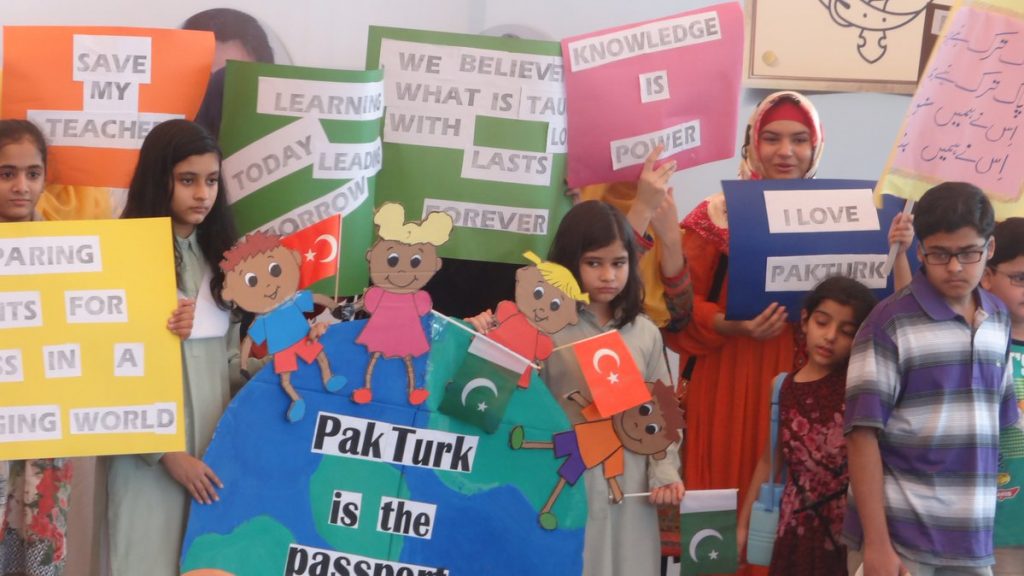 While the decision on whether or not to let the PakTurk International Schools and Colleges function under the same administration has yet to be taken, the administration has moved the Islamabad High Court to stop the government from moving against them.

“We didn’t have any links with Mr. GÃ¼len before or after the coup, and we hope that the Pakistan government realises this, and everything returns to normal soon,” says Mr. Yigit.