Jewel in the Crown

Boasting exquisite architecture and masonry, the Sethi Havelis are among Peshawar’s most prized possessions.

At the centre of Peshawar’s old walled city, near the Ghanta Ghar, Bazaar Kalan and Gor Khatree, on a small street called Mohallah Sethian, lies a veritable treasure trove: seven stately mansions — structural masterpieces of the 18th and 19th centuries — in a state of decay and disrepair. 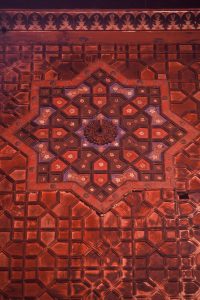 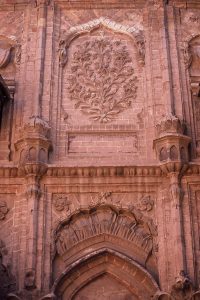 prominent merchant families of Peshawar. Originally Hindu Arora-Khatrees from the Punjab, they migrated to Peshawar from Jhelum in the 1730s and settled within the walled city, then a thriving trading post. There their family fortunes grew and they became extremely wealthy. Dealing mainly in timber, which they purchased at subsidised rates under the British Raj, the Sethis set up trade centres in Mazar-i-Sharif in Afghanistan and established international trading links with Central Asia, that extended upto Tashkent, Bukhara, Samarkand and other cities in Russia. They supplied merchandise to China, India and Iran as well.

They decided to convert to Islam, and adopted their profession as their surname — the `Seths’ (businessmen) became Sethis. They also came to be known for their expansive, uniquely-styled mansions, reminiscent of old havelis in Baghdad, with decorative elements originating in Samarkand, Bukhara, Iran and India.

The seven havelis in the Sethi Mohallah boast exquisite masonry and woodwork, which despite several decades of decay still bear testimony to their grandeur. Laced with ornate designs and heavy embellishments, their most striking feature is the delicate woodwork on the doors, balconies, windows, frames, columns and arches. The heavily engraved intricate floral and geometric designs are each carved by hand and the craftsmanship is of a kind that many carpenters say is not to be found in this day and age. 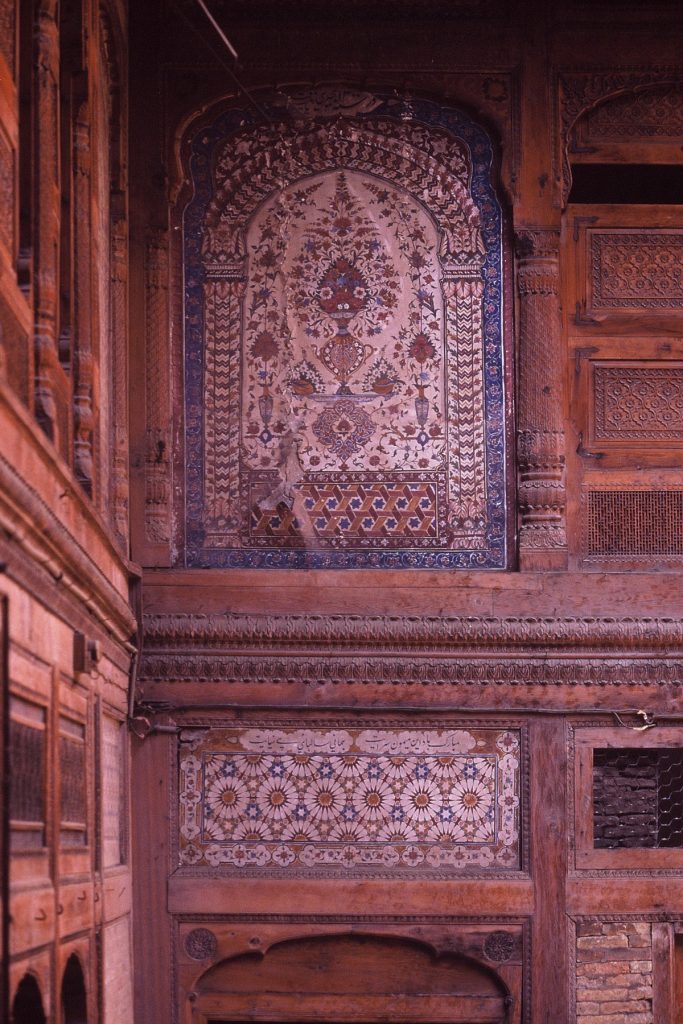 Each mansion is a three-storied structure comprising the tehkhana (or basement) containing spacious living rooms partitioned into two separate quarters for men and women, a balakhana (first floor) and a paved daalaan (courtyard) with a fountain at the centre. The roofs of all the havelis are connected by wooden bridges.

There is a cheenikhana in every home — reception rooms where once hung beautiful chandeliers, and exquisite art pieces and crockery from Samarkand and Bukhara were displayed on its chimney shelves. The walls of the room boasted exquisite craftsmanship, from aina-kari to manabat-kari to kasha-kari.

The haveli’s occupants drew their inspiration from the crafts and culture of Bukhara, Kashmir, Golcanda and Iran.

Spread across 33 marlas, the Sethi House was built by Seth Karim Bakhsh. Its construction began in 1835, and was completed after 49 years, in 1884. Limestone and Waziri, small Kashmiri bricks which are a common component of all buildings constructed in the Mughal era, were also used in the buildings. 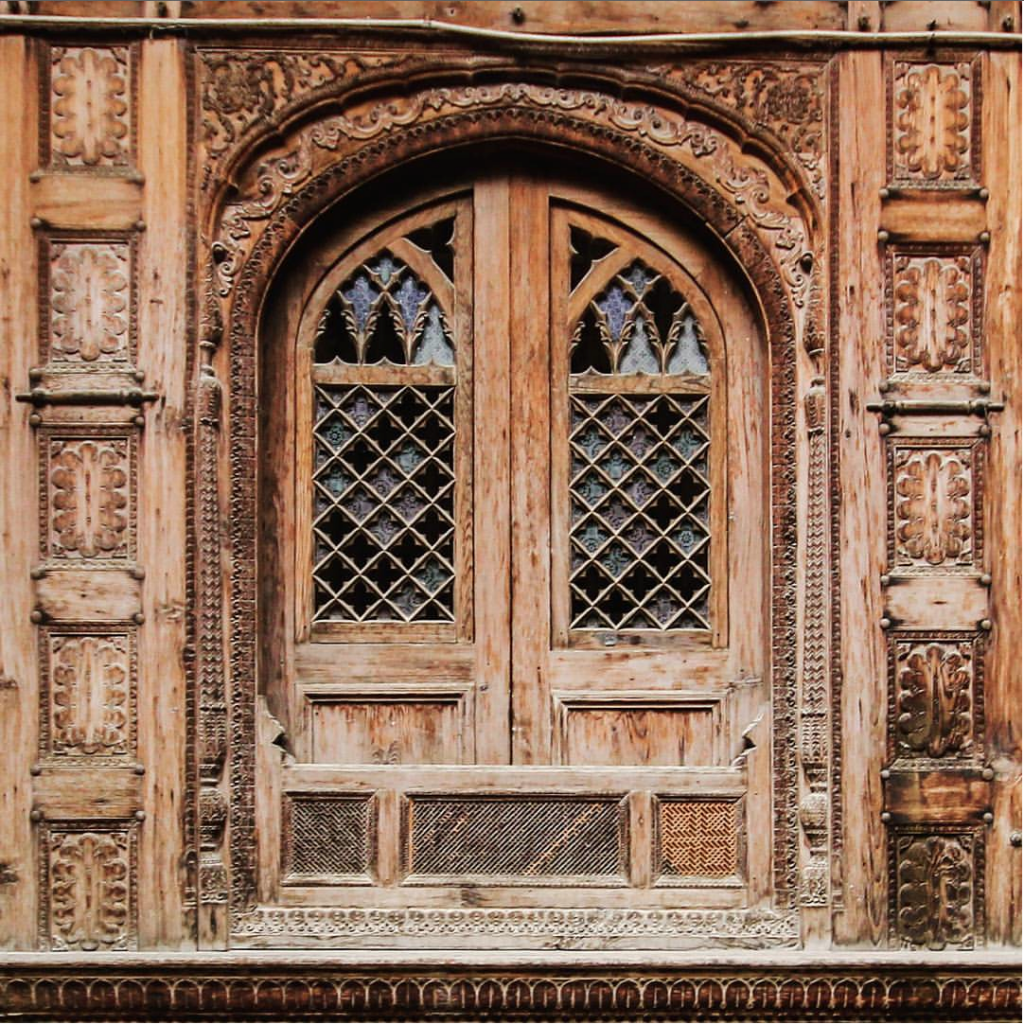 A superbly carved entrance leads to the courtyard, paved with bricks, where people were entertained and businesses transacted. The Sethi House is built around the courtyard. It comprises 12 rooms and the windows of four of them face the courtyard, each from the same angle. They are embedded with red and green cut-pieces of glass that are reminiscent of the post-renaissance art of European churches. Colourful cut glasswork also adorns the doors. Another interesting feature of the Sethi havelis are the ceilings that are painted in a variety of colour combinations, and engraved with glass in geometric and Islamic designs.

Spiralling stairways lead to the four basements — the portioned living area for men and women, which remains cool even in the hottest of the summer months. The rooms have wooden cupboards, slanting window shades, chimneys and mehraabs (arches). The mehraabs have small glass shelves for holding candles at night.

Beautiful wooden ventilators are designed to ensure natural light and fresh air into the rooms, as are the mirrored atriums of Sethi House. A massive resting platform made of wood, known as the Takht-e-Sulemani, was built for the occupants to soak up the sun during the winter months. In the view of researchers, the Sethi House serves as a present-day model for green architecture. 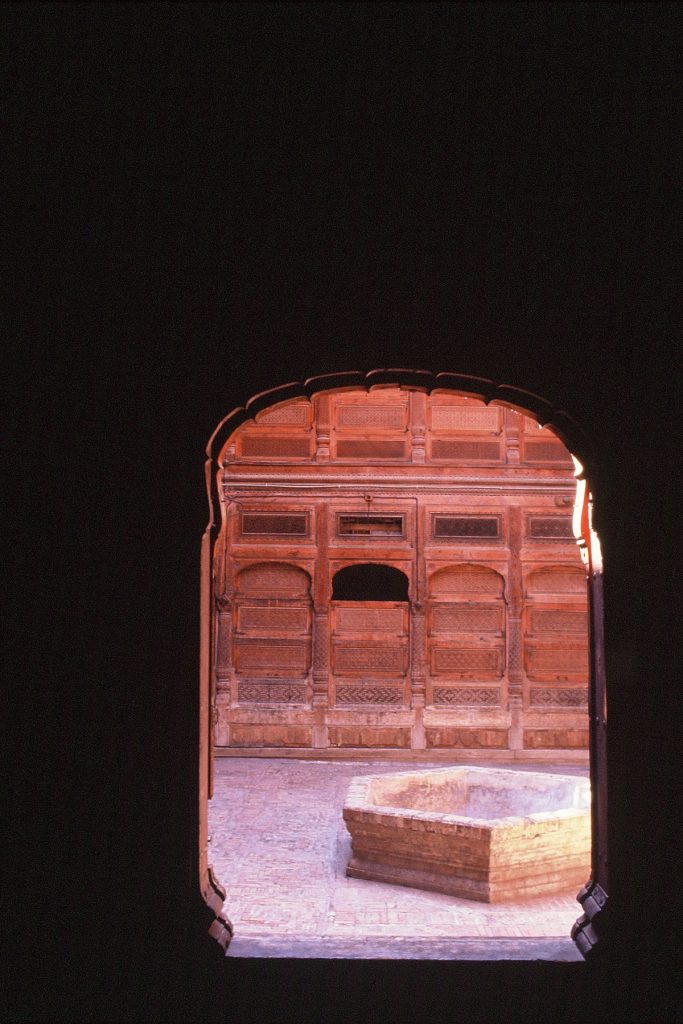 It is rumoured that the Sethis had stashed away millions of Russian bonds and currency in their underground vault located in Sethi House. They remained wealthy until the Bolshevik revolution of 1917 that toppled the Czarist Empire. The wealth that the Sethis had amassed became worthless overnight, when the newly formed Soviet Union government adopted a new currency. With their fortunes and markets gone, their businesses dwindled, and their days of glory were over. Nevertheless, the family has left a rich heritage and the havelis remain one of Peshawar’s most prized possessions.

In 2013, after restoration work on the lower portion of the Sethi House was completed, Peshawar’s Archaeology Department opened the place to visitors. Plans are afoot to renovate the Sethi street from the main road to Sethi House and turn Mohallah Sethian into a tourist hub.

This article by Deneb Sumbul was published in September 2016 issue of Newsline.