Dr Arshad Abdullah Vohra was elected Deputy Mayor of Karachi last month. Formerly a Member of the Sindh Assembly from the Muttahida Qaumi Movement (MQM), Vohra had to vacate his seat, PS-115 Karachi, after he was nominated as a candidate for the post of Deputy Mayor Karachi by the MQM.

A businessman by profession, Vohra has a doctorate in Textile Technology from the University of Manchester, United Kingdom. He was twice elected Chairman, SITE Association, in 2001-02 and 2012-13 and also served as Chairman, All-Pakistan Textile Mills Association (APTMA) in 2005-2006. 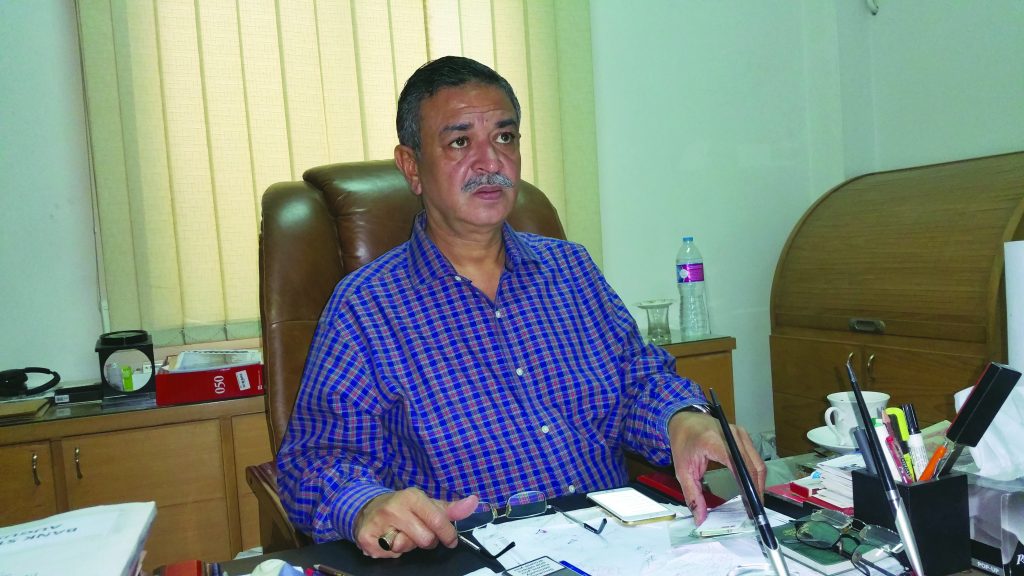 From businessman to politician, and now Karachi’s deputy mayor — how did the transition take place?

I have spent almost three decades in the business sector, and held key posts in SITE and APTMA. During those years, my interaction with different communities living in Karachi, whether they were fellow businessmen, business professionals or labourers from assorted backgrounds, helped me understand the issues they faced.

That is why when I decided to run for the elections, the decision went down well with everybody. People from different backgrounds approached me, and vowed to support me and help me in securing votes from the others. We plan to serve the city and its inhabitants, without discriminating on the basis of ethnicity or localities. And my own experiences too will help in this regard.

These are testing times for the MQM. How do you plan to accomplish your job as deputy mayor of Karachi, mostly single-handedly, since the mayor-elect is still in jail and the city is in a complete mess?

Yes, these are difficult times for the MQM, perhaps the most difficult of any in the past. There is a lot of stress. Didn’t you see how the media made an issue of my phone conversation during my press conference, along with Waseem Akhtar, after getting elected? All I did was to ask Akhtar to avoid answering questions on politics and focus on the issues he will have to face as Karachi’s mayor.

It is raining today (A reference to the rains in the last week of August) and I was keen to visit different places, to oversee how the city administration was coping. But since I have still not taken oath, I was not quite sure in what capacity I should go and ask questions.

The elected Mayor is behind bars and your party is going through a transitional phase. This means additional responsibilities for you to shoulder. Do you feel upto the task?

We have an organised political structure behind us, and individuals are only a part of it. We have a strategic development plan for Karachi, which is to be followed over the next five years. Everyone, in his own capacity, will work according to that plan. We will be moving forward with the vision of making Karachi a smart city.

(He hands over two copies of a printed booklet, called ‘Karachi: Making it a Smart City’ to Newsline. It has been compiled by Vohra and touches on every aspect of the state of public utility services, details of the resources at hand, and plans how to best utilise those resources to deliver results effectively).

Recently the Supreme Court has ordered the removal of billboards on buildings, overhead bridges, roundabouts and green belts. The decision was lauded by everyone, as they were causing problems, and had resulted in several accidents. And you can see the difference now — the city looks cleaner and less unkempt. We have plans to benefit from new technology to bring uniformity and discipline to advertising, and also to ensure transparency in the revenue earned from it. We have plans to introduce what we call ‘Smart Publicity.’

We will pick one district in Karachi to implement our plan, and later it would be extended to other districts. 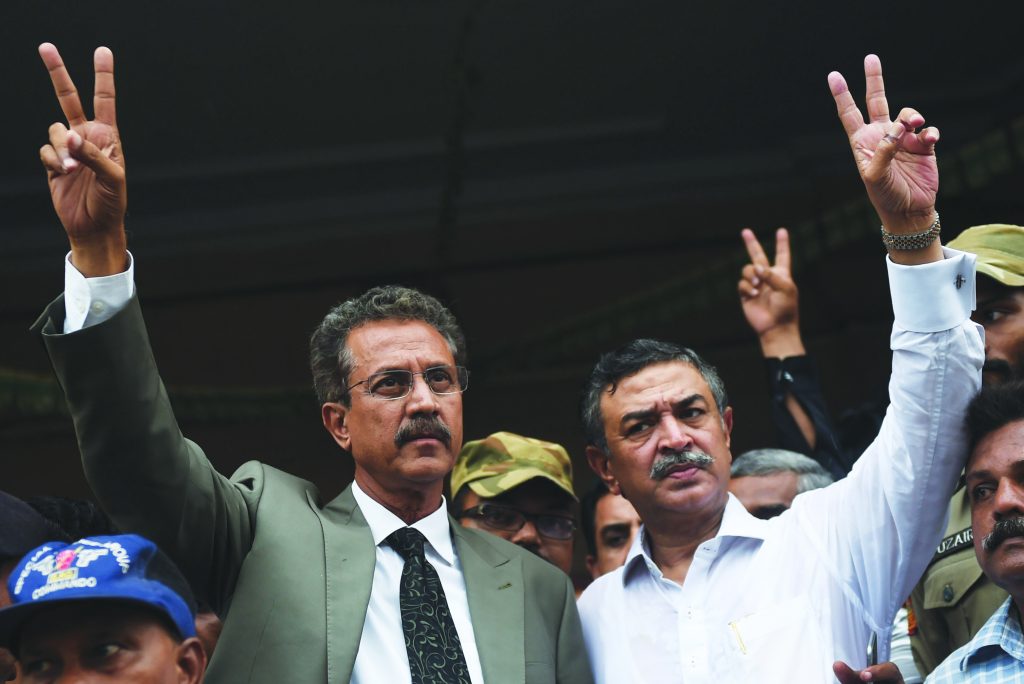 Despite winning the slots of city Mayor and Deputy Mayor, you have won only three of the six District Municipal Corporation (DMC) chairmanships. The rest have gone to your rivals, who joined hands against you. Don’t you think your plan to focus your attention and spend on one district would lead to controversies. In the MQM’s previous term, headed by Mustafa Kamal, the party was accused of picking or ignoring areas on the basis of ethnicity.

Everything starts from good or bad intentions, and we have made it clear that we would not discriminate. In fact, Waseem Akhtar has clarified that he is the city Mayor and not the MQM Mayor. Moreover, in the current set-up, the DMCs possess powers and resources of their own.

Let me tell you another interesting thing. Out of the six DMCs, the richest have gone to other parties, I am referring to DMC West and DMC South. The West comprises the SITE area, an industrial zone, while the South has Saddar and the Old City Markets. So I don’t think they should have any complaints about lack of resources.

How do you view the financial constraints and the clipped powers of the present Mayors as compared to the previous terms of Mustafa Kamal and Naimatullah Khan?

After an arduous struggle, we did finally manage to restore the local government system, which is, indeed an achievement. But we still have a long fight ahead, on various fronts. We also have to get back the powers of the local governments. This is a proviso written in article 140A of the Constitution, which emphasises giving political, administrative and financial authority to the elected representatives. We have an efficient team of lawyers to pursue the legal course if need be.

Apart from this battle, we have to face political pressures as well. It’s indeed unfortunate, the way things are going. Nowhere in the world does it happen that a major political force is faced with a situation like this. Our headquarters and offices are sealed or have been razed to the ground. This, despite the clear stand taken by party head, Dr Farooq Sattar, of dissociating the MQM from the London office, and vowing that the party, which won its mandate from Karachi, will be run by the people living in this city.

Let the dust settle, and the people of Karachi, who lack public utilities, infrastructure and a clean environment, will hopefully, be allowed to be served by their representatives without any further delays and hindrances being put in their way.