The Prevention of Electronic Crimes Bill (PECB) is one signature away from becoming law. Once the President signs on the dotted line, a formal notification will follow. However, people are already being booked for ‘electronic crimes’ under different laws. A 29-year-old man from Nowshera was recently arrested for allegedly blackmailing women on Facebook by uploading fake videos and formally charged under the Electronic Transactions Ordinance (ETO). During interrogation, he gave 15 other names of accomplices involved in various kinds of online blackmailing.

Elsewhere, local online stores are already carrying a warning that reads: ‘According to the new cyber crime law, cheating someone over the internet is a federal offence and could lead to serious consequences.’

In its lead up to the Senate, the bill did face major opposition. Not because those opposing the bill said there shouldn’t be a law at all to deal with cyber crimes that are on the rise, but because certain provisions directly and disproportionally target freedom of expression and information, making it a gag law.

While much of that opposition was seen on Twitter, in the print media and occasionally, on TV screens, in the National Assembly, through the efforts of opposition parties — particularly representatives of the MQM and the PPP, the bill was driven back to the National Assembly’s Standing Committee on IT, twice. Amendments to the bill were also filed by PPP’s Shazia Marri, PTI’s Shireen Mazari and Arif Alvi, and jointly by several members of the MQM – a move initiated by Syed Ali Raza Abidi on behalf of the party.

However, contrary to predictions about the bill’s fate in the upper house, PECB had a fairly easy ride in the Senate. It was supposed to face stiff opposition from the so-called liberal parties, led by the PPP, which had sufficient numbers in the Senate to block the bill. Other parties opposing the draconian law included the MQM, the ANP and the PTI. But pass it did.

“We sort of expected this to happen, despite all the noise and promises,” says Farieha Aziz, director of the digital rights group, Bolo Bhi, which was part of a large group of organisations that were raising awareness and engaging with the legislature on the dangers associated with the passing of the cyber crimes bill in its current form. “Opposition parties had raised a similar hue and cry on the Protection of Pakistan Act (PoPA) but when push came to shove, they let it pass with a few amendments.”

Senator Sherry Rehman feels that it’s unfair to think that the PPP could have blocked it in the Senate: “We were told clearly that if you oppose this bill in the Senate, we (the PML-N), will take it to the National Assembly joint session and bulldoze it by using brute majority, and it would likely be the old bill.”

“There would have been no expectations of them to oppose the bill had they not issued statements that they would,” says Aziz.

When the bill was passed by the National Assembly, several senior members of the PPP stated on record that the party would not allow the passage of the bill in the Senate. Senator Sherry Rehman, tweeted that ‘We will do our best to block this bad bill.’ Senator Aitzaz Ahsan, made similar remarks on a TV show. Earlier in the year, during the Senate proceedings, Chairman Senate, Mian Raza Rabbani, while reprimanding Anusha Rehman, Minister for State, Information Technology and Telecom, said, “You will never get it (the bill) through (the Senate).” And even the party’s chairman, Bilawal Bhutto, joined the chorus of opposition — “Won’t pass the Senate, IA.”

Given these circumstances, it made sense to the PPP to take what they could. And that’s what they did. But could the PPP and any of the liberals have done anything more, or done it differently?

The least the opposition parties could have done, says Aziz, was to conduct a ‘toothcomb’ review of the bill — as the opposition itself had called for — and amended it significantly before letting it pass. “The amendments proposed in the NA (by members of their own parties — PPP and PTI in this case, as there was no MQM representative in the Senate subcommittee), didn’t even come up for discussion, at any stage, in the Senate,” says Aziz. “Everything was very rushed.”

When the bill arrived in the Senate, Chairman Senate Raza Rabbani referred the bill to the Senate’s Standing Committee on IT, headed by ANP’s Senator Shahi Syed. When referring the bill, the Senate Chairman recommended that members of the Senate’s Human Rights Committee also be included in the deliberations. Appointing PPP Senator Osman Saifullah Khan as the chair, Senator Shahi Syed constituted a subcommittee with public and private stakeholders, to review the bill and directed it to file a report and also hold a public hearing.

Two meetings of this subcommittee took place, during which Senators Farhatullah Babar (PPP), Shibli Faraz (PTI) and Mohsin Leghari (PML-N) sought clarification from representatives of the government on several provisions of the bill. However, the discussion in the two subcommittee meetings heavily centred on fixing the language of some sections as opposed to revisiting the bill as a whole or omitting certain sections. The Chair of the subcommittee, Senator Osman Saifullah’s request to grant an extension to the subcommittee to hold further deliberations on the bill was declined by Chairman Shahi Syed. Other than the two meetings, no public hearing was ever held. Instead, Senator Shahi Syed maintained enough discussion had taken place on the bill and the committee was obligated to complete its work within the given time and turn over its report to the Senate.

The Senate has long been the burial ground for numerous bills that have lapsed for not being taken up on time, but rights groups believe that there was an unusual urgency to push this bill through.

“To me the only reason for the bill’s passage that comes to mind is political expediency,” says Anis Haroon, member of the National Commission for Human Rights Pakistan. “It was a complete let-down and clearly a compromise was made somewhere.” According to Haroon, these compromises are nothing new and very easy to make, especially when topics such as women’s rights come up. “We thought that because this bill was affecting the entire country and not just women, it may face resistance, but what a let-down.” At the very least, Haroon feels that political parties should offer an explanation as to how they could let such a bill through. 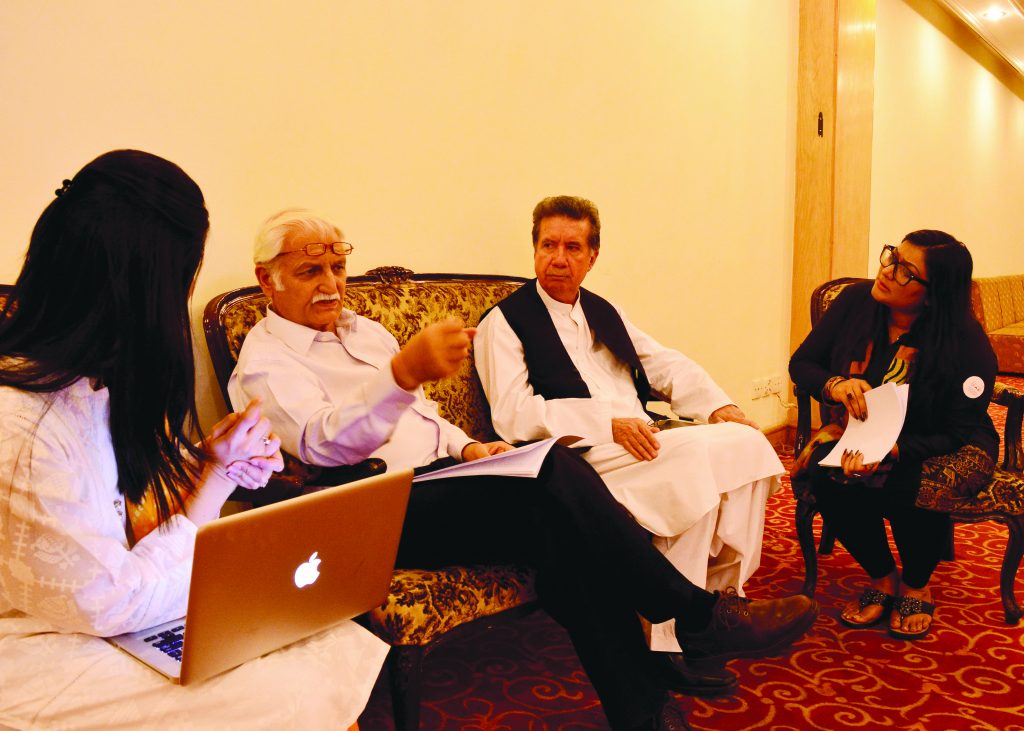 In any event, the ball is now back in the court of the rights groups that had tirelessly worked to stop the bill in its tracks. “One way forward is to look at a couple of cases which create a legal precedent for review, but this will be a long-drawn process,” says Haroon

In the short run, there can be a monitoring of the law’s implementation when it comes into force. The human rights committees of both the National Assembly and the Senate can play their part. Rights groups such as Bolo Bhi will also be keeping an eye out on how the law is used and/or abused, and will be pushing for transparency.

“We also expect the opposition parties to propose amendments to the bill once it becomes law,” says Aziz. But would that be too much to ask or expect of the liberals in the opposition after the great letdown on the cyber crime bill.

“It’s a grievously bad bill,” says Senator Rehman. “We tried really hard to remove its sharp edges, to create some protection for the citizens, but there’s a lot more work to be done, and we hope it’s put up for review in the future.”