“Today it’s a victory of the people of Pakistan –nobody has lost, it’s a victory for everyone,” announced Najam Sethi as Islamabad United celebrated winning the inaugural edition of the Pakistan Super League (PSL) in front of a full house at the Dubai International Stadium on February 23. 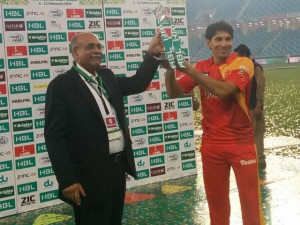 It certainly was a huge moment for Pakistan cricket. Down and almost out after Sri Lankan cricketers were ambushed by terrorists in Lahore almost seven years ago, nobody believed that Pakistan was capable of delivering a successful event of an international standard.

But that is precisely what the first edition of PSL turned out to be — a success beyond expectations.

Right from the first ball to the winning runs scored by Misbah-ul-Haq in the final against Quetta Gladiators, the league was the biggest talking point in Pakistan. And Najam Sethi, the man who delivered the league, is rightly proud of it.

When the idea of launching Pakistan’s version of the Indian Premier League (IPL) was first conceived back in 2007 it resulted in a miscarriage. It wasn’t an original idea as there were two rival T20 leagues coming up in India at that time: the IPL and its challenger — the unofficial Indian Cricket League (ICL) owned by Subhash Chandra, the Indian media mogul. Pakistani players were being lured in to join the two leagues, especially the rebel ICL, left, right and centre. To stop them from joining the ICL and also to have a share of the T20 pie, Dr Nasim Ashraf, the then PCB chairman, announced plans to launch the Pakistan Premier League (PPL). But Ashraf soon ran out of time as he had to resign as after General Pervez Musharraf, the man who handpicked him to run Pakistan cricket, stepped down. Ijaz Butt, the new PCB chairman, was no Nasim Ashraf. He dismissed the PPL as a non-starter and threw it in cold storage. Butt was replaced by Zaka Ashraf, who initially mulled over the idea of hosting the league in the UAE. Later, he decided that a Pakistani T20 league should take place in Pakistan. But the timing was far from conducive. 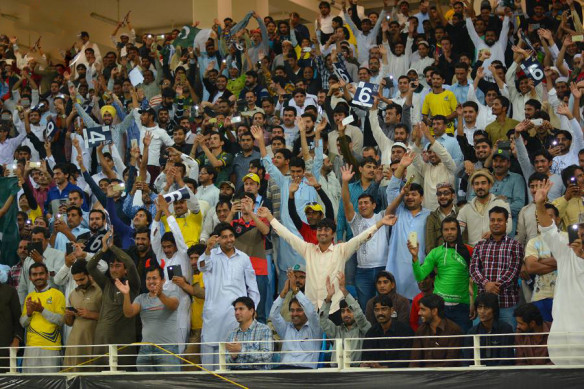 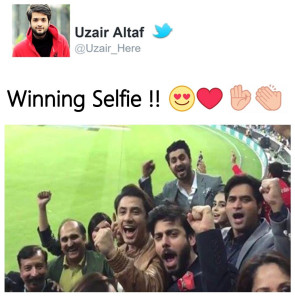 It was finally Najam Sethi who picked up the project and made it happen. He proved to be the right man for the job, as he pushed the PPL — later renamed PSL — project with full force and silenced the naysayers with a single-minded approach.

I remember writing about the idea of hosting a Pakistani league abroad last June and criticising it for the fact that it would embolden Pakistan’s isolation as a cricketing hub. That same day, I received an email from Najam Sethi. His response to my column was:

“We have two options: one, abandon the idea for several years more until full-fledged international cricket returns to Pakistan; or two, start in the UAE and bring it to Pakistan when the situation so warrants.

“As you well know, PSL is important for two main reasons. One, it can be a source of significant financial gain for PCB which money is eventually spent on promoting the game in Pakistan.

“PSL is also important for giving Pakistan cricket a shot in the arm. It will allow our upcoming youngsters to play competitive cricket with the best cricketers in the world.

“If we can pull it off in the UAE it will be a big thing for us. In due course we can shift it to Pakistan when the world is ready to come to us at home. Our financial model caters for this properly. Or would you still put it on hold until that day in the uncertain future?”

True to his words, Sethi and his team did pull it off in the UAE. 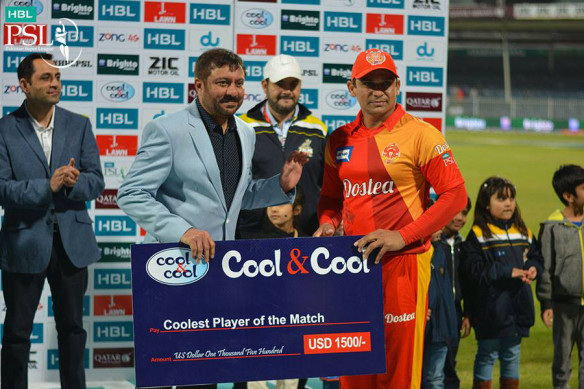 The inaugural PSL received an overwhelming response from fans not just in Pakistan but all over the world. It was blessed with all ingredients needed to make such an event a success.

That started with the bidding process, which showed how much interest there was in a Pakistani T20 league.

The PSL took a slightly different ownership structure to other T20 leagues where the PSL is a single entity and each franchise is owned by investors. There were five franchises that came into being and their owners were given the rights to that franchise for 10 years.

Karachi Kings was the most expensive of the five teams with media group ARY paying $2.6 million a year to own the team while Lahore Qalandars, owned by Qatar Lubricants Money which was represented by its MD Fawad Rana, was close behind paying $2.5 million. Peshawar Zalmi fetched $1.6 million from Haier Pakistan while Ali and Amna Naqvi of Leonine Global Sports put in a winning bid of $1.5 million for Islamabad United. The cheapest team was eventual finalists Quetta Gladiators who were sold to Omar Associates for $1.1 million.

Top Pakistani stars like Shahid Afridi, Misbah-ul-Haq and Mohammad Amir were joined by 29 foreign players that included the likes of West Indian crowd-puller Chris Gayle and England’s big-hitter Kevin Pietersen. Then there were Shane Watson, Kumar Sangakkara, Andre Russell and Luke Wright. The star power in the dug-out didn’t just come from the current players. There were the likes of the great Sir Vivian Richards and Wasim Akram who were there in their roles as mentors for Quetta and Islamabad. Then there was Dean Jones and Mickey Arthur too.

Though the pre-league hype mostly centred around the two big city franchises — Karachi Kings and Lahore Qalandars — it was the Quetta Gladiators and Peshawar Zalmi and later Islamabad United at the business end of the tournament who stole the limelight.

The Gladiators, representing the most ignored of the Pakistani provinces, provided the proverbial underdog’s tale with its unexpected winning spree that only ended in the final at the hands of Islamabad, which peaked at just the right time. 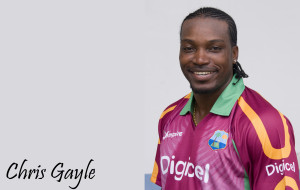 The PSL has been touted as an event that will help Pakistan produce new talent. The first edition, however, didn’t do that. But it did help several second-string players get noticed. The 21-year-old Mohammad Nawaz from Rawalpindi is one such player. The tall left-arm spinner was an instant success in Quetta’s title campaign and was immediately roped in by the selectors for national duty in the Asia Cup in Bangladesh and Twenty20 World Cup in India. Even discarded players like pacer Mohammad Sami, Sharjeel Khan and Khalid Latif were rewarded for their good performances in the PSL as selectors made last-minute changes to their squad for the dual Twenty20 assignments and included them in the national line-up to replace three injured players. The trio of Sami, Sharjeel and Khalid played instrumental roles in Islamabad’s successful title quest. 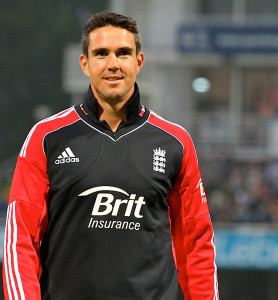 Though its cash offerings pale in comparison to the highly-lucrative IPL, the PSL was still rewarding enough for the competing players. Divided into various slabs, the players received US$10,000 (for emerging players) to $140,000 (for the platinum category). That’s a decent amount considering that the league concluded in just over just 20 days.

It’s too early to decide whether the inaugural PSL will turn out to be as big a success financially as it did on the cricket fields of Dubai and Sharjah. The league’s chiefs hope that the first edition will at least break even. Yet there is no denying the excitement it caused, but at the stadiums as celebrities like Ali Zafar, Humaima Malik and Fawad Khan showed up, and on television screens at home.

According to Salman Sarwar Butt, the league’s director, the PCB and the five franchises made a total investment of nearly 20 million dollars. With its high television ratings, the PSL might even make a modest profit for the PCB and some of the franchises. However, the two most expensive franchises — Karachi Kings and Lahore Qalandars — will be facing losses because of their poor performances. 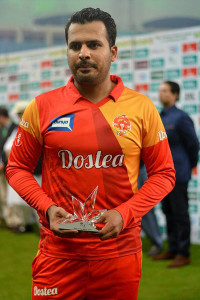 Amidst all the hype and hoopla surrounding the PSL and its success, one must not forget the big, long-term challenge: to bring the league to Pakistan. After all, that is where the PSL truly belongs.

Sethi and co have announced plans to ensure that at least two matches — preferably the opening game and the final — of the 2017 PSL take place in Pakistan. And security permitting, the PCB is hoping that an entire PSL edition can take place on Pakistani soil sooner rather than later.

“I promise you the way we have done the hard work, hopefully we will bring this league in Pakistan too,” Sethi says. One hopes he is proved right again.