You recently travelled to Yemen to cover the US drone strikes against the Al-Qaeda. How potent is the threat from the growing Al-Qaeda presence in the region?

For our programme, Our World, Yemen: America’s New Front Line, we travelled deep into territory that had been held until recently by Al-Qaeda, in the southern province of Abyan, to find that out. The streets of the coastal town of Zinjibar have been reduced to rubble. Buildings are bombed out. Few western journalists have been able to witness the terrible destruction here. This town was on the front line of a battle between the Yemeni military and Al-Qaeda militants last year.

Government forces prevailed and one of Al-Qaeda’s most dangerous offshoots, Al-Qaeda in the Arabian Peninsula or AQAP, disappeared back into the shadows. But the area remains incredibly dangerous, and we had to hide our identities at checkpoints. Al-Qaeda cells still operate here. There are militia groups who rob and kidnap and, of course, there are still unmanned drones hovering above, targeting suspects, directing jet strikes or firing missiles themselves.

Is Al-Qaeda’s strength limited to places like Zinjibar or are they spreading towards the bigger cities? Is Yemen now the new hub for the extremist organisation, as some political commentators like to believe?

During the Arab revolution in Yemen in 2011 and the subsequent power vacuum that was created, Al-Qaeda was able to take advantage and seize large parts of the province of Abyan, which is where Zinjabar is. Al-Qaeda militants seized Zinjabar, a coastal town of about 20,000 in 2011.

A year later, after heavy fighting between the Yemeni army and the militants, the government now has a very fragile hold over Zinjabar. Yemen is the new front line in the war against Al-Qaeda and we learned that because of the instability in the country, insurgents from other parts of the world have been drawn to it.

To what extent have the number of drone strikes risen and how successful have they been in combatting militants?

Yemen is a country plagued by instability, division and violence. The Middle East’s poorest country now poses a threat to global security; it has become a place where Al-Qaeda is reported to have built training camps and plotted attacks on the United States. US drone strikes have been effective in killing senior Al-Qaeda leaders in Yemen, but innocent civilians have also been killed. And it is this that is creating controversy and tension in the country.

You mentioned in your programme for BBC that while the US government makes no mention of the civilian deaths or devastation after the strikes, Al-Qaeda representatives immediately step in to provide relief. How has this dynamic shaped the locals’ perception of the US government and Al-Qaeda?

The people I spoke to told me that they do not want to live under Al-Qaeda’s rule, but they’re as frightened of US drones as they are of Al-Qaeda, if not more. I was told that Al-Qaeda is using the drones as a huge propaganda boost for themselves and we heard reports of Al-Qaeda stepping in after a drone strike to offer compensation and payments for funeral costs of the locals, but alongside pressuring them to join them to take revenge for the death of their family members. 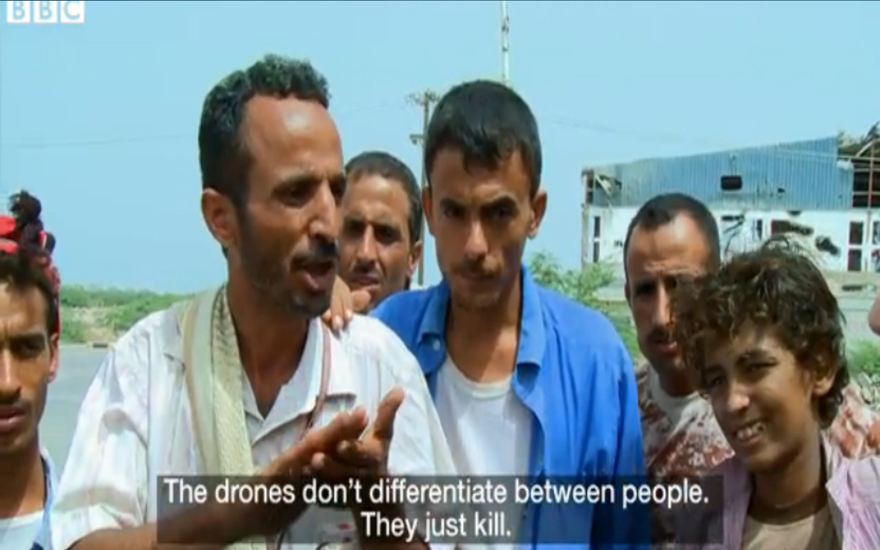 “The people I spoke to in Yemen told me that they do not want to live under Al-Qaeda’s rule, but they’re as frightened of US drones as they are of Al-Qaeda, if not more. I was told that Al-Qaeda is using the drones as a huge propaganda boost for themselves and we heard reports of Al-Qaeda stepping in after a drone strike to offer compensation and payments for funeral costs of the locals, but alongside pressuring them to join them to take revenge for the death of their family members.” 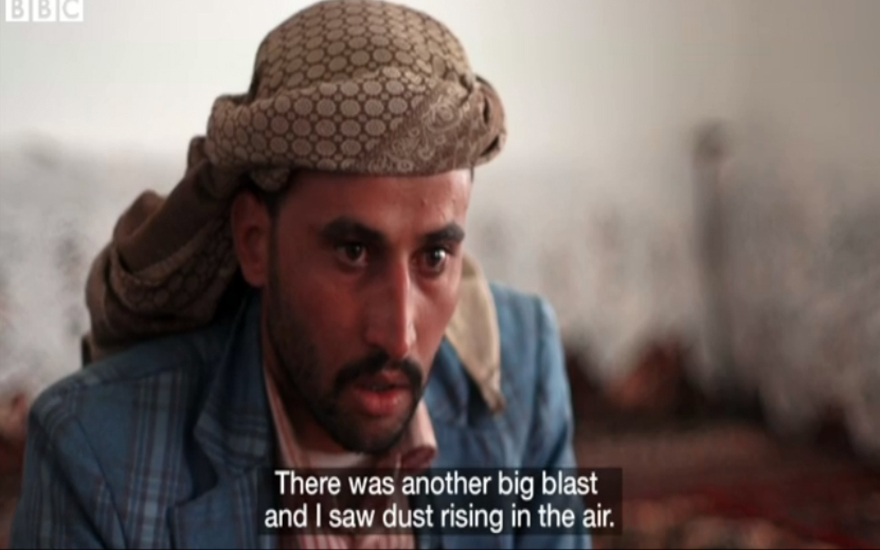 I was also told that when there’s such little acknowledgement and apology from the Yemeni central government and the United States for the deaths of civilians, people get frustrated and angry and they sometimes see joining Al-Qaeda as the only way to get justice.

Various rights groups and political parties have criticised the US drone strikes in which many innocent people are killed along with militants. How can the argument regarding collateral damage be countered?

The loss of innocent lives is always devastating to witness and hear about. When reporting from Yemen, I met a number of families who had lost children or parents or siblings. They blamed US airstrikes and drone attacks. As mentioned earlier, they told me that they don’t want to live under the brutal rule of Al-Qaeda but they also resent and are angry about the constant fear of drones in the air. I also spoke to a number of analysts and activists who claimed that the US drone policy in Yemen is working in favour of the militants.

While Al-Qaeda might lose some fighters in the airstrikes, they gain by enticing locals, desperate for justice, to join their ranks. 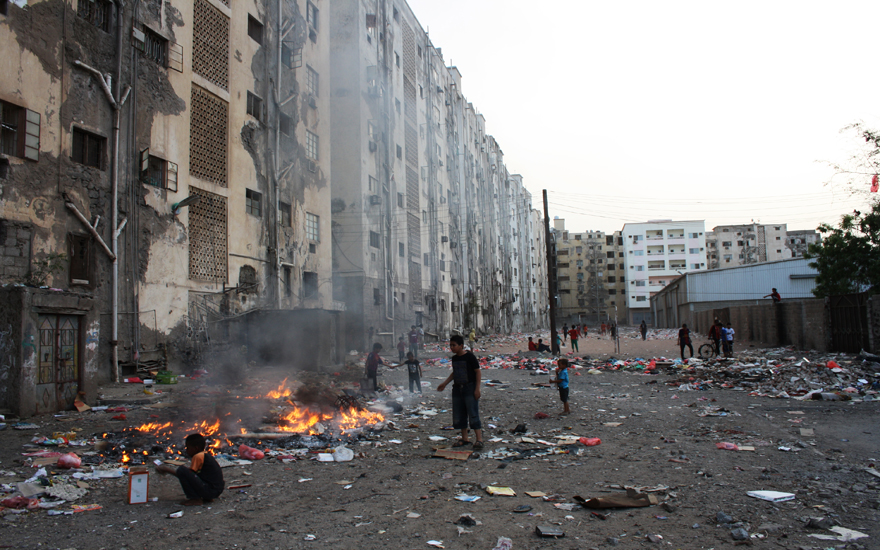 To what extent are the drone strikes a part of the public debate in Yemen? How have the government and major political players responded to the strikes?

In Washington, targeted strikes are classified as a covert programme. And public comment is rare. But in Yemen, America’s actions are debated openly and constantly, in particular the issues of responsibility and accountability. We wanted to raise these issues with the American ambassador in Yemen and we requested an interview. But our request was declined.

We did speak to Yemen’s Foreign Minister Abu Bakr Al-Qirbi, who vehemently defended the US drone policy, saying it’s crucial in the war against terrorism.

American’s drone policy suggested a narrower, smarter and more focused type of war. But the question is, what effect is it having on the ground? And is it eliminating the Al-Qaeda threat for good?

Your story on drone strikes in Yemen certainly resonates in Pakistan. In your view, how different is the situation in Yemen from the one in Pakistan?

In my interview with the Yemeni foreign minister, he told me that no drone or airstrike is conducted without the approval of the Yemeni president. The government in Yemen is very supportive of the US drone policy. However, in Pakistan, publicly at least, the government has expressed anger over the use of drones in the tribal areas.
There has been a high level of public outrage and condemnation over the attacks. When I travelled deep into al-Qaeda territory in Southern Yemen, I found that the locals felt very helpless. On the one hand they are confronted with ongoing battles between the Yemeni military and Al-Qaeda, and on the other hand they are living in constant fear of US drones.

In many ways, the situation isn’t necessarily different to the one in Pakistan. The most significant difference I found was the reaction of the Pakistan government in comparison to that of the Yemeni authorities.

What kind of public reactions did you get after this programme was aired on BBC?

My story went on air the week that the US closed a number of embassies around the world after it emerged that there was an Al-Qaeda threat, which was later traced to Yemen. In the end, the airing of my story during this crucial time was very significant. I found, overwhelmingly, our global audience responded with deep sympathy for those who had lost their family members to the drone strikes and wanted to know more about US policy in the region.

You have also travelled to Afghanistan as a journalist. Is there a solution for bringing peace to the country?

Afghanistan has experienced more than 30 years of war. Whenever I travel there, many Afghans tell me they are tired of the ongoing fighting and are desperate to see stability in their country. I think the will of the people in this situation is very important. No longer do they feel the need to pick up arms and fight.

The next generation of Afghans are more hopeful and are focused on education and building their nation. I think the rise of social media and the internet in the country has also helped young Afghans realise that they want to be able to enjoy the same freedoms that so many others do worldwide.

Once the Americans leave, what kind of balance of power do you see between minority groups such as the Tajiks and the Pashtun majority?

Like Pakistan, Afghanistan is made up of many tribes, cultures and beliefs. I think the country has moved beyond tribal conflicts and are aspiring for greater security and peace. It is difficult to assess what will happen beyond 2014 and while some would argue that little has changed in the country in the last 10 years, there is also huge evidence of how much the country has progressed in that time. I am often inspired when I tune into one of the many channels and see the Afghan version of the reality TV programmes The Voice or Idol. I see young women as contestants and judges, something that they would never have dreamed of doing only a decade ago.

Do you see the Taliban’s power resurging once the US troops withdraw?

I have spoken to many Afghans right across the country and they feel they’ve now come too far to allow the Taliban to rule the country once more. Many however feel that a peace process is important for the future of the country and to end the bloodshed.