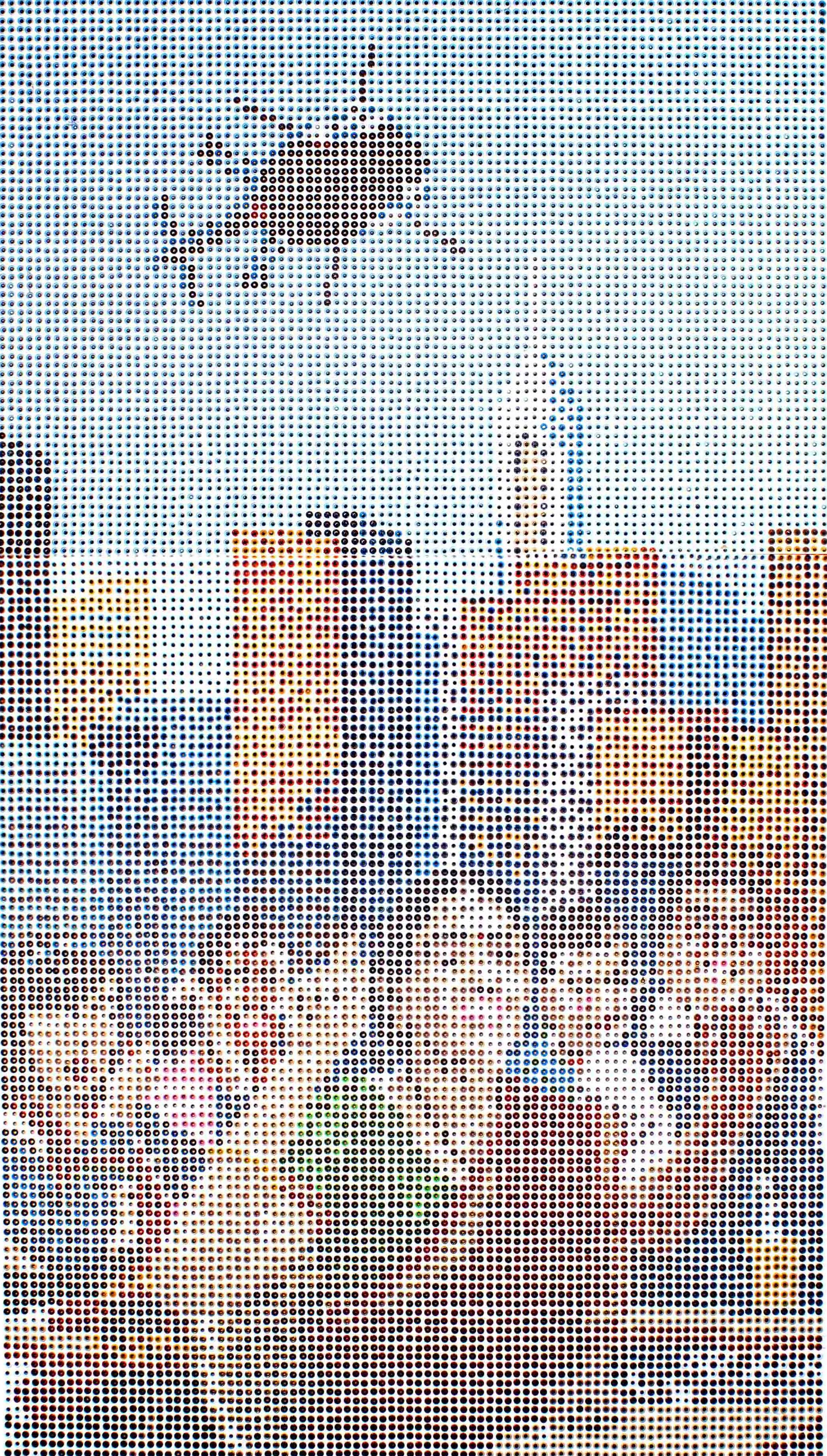 For his latest collection, artist Abid Aslam punched rows upon rows of colourful eyelet rings on the surface of wasli paper. Exhibited at the Canvas Gallery, the show, titled Coding Labels, consisted of ten massive canvases. Up close, the brightly coloured rings created indecipherable patterns, but stepping back, cityscapes, the sky and even a scene from a Bollywood film emerged before the eye.

Think of these works as an unexpected take on pointillism, a style of art that branches from impressionism and was made popular by artists such as Georges Seurat. In the late 19th century, Seurat studied then-groundbreaking theories on colour and optics, and applied this research to his work by creating idyllic scenes using just dots of paint. While Aslam does not cite Seurat as a source of inspiration in his artist’s statement, he does attribute neo-impressionism and computer graphic pixelation as influences. And using the rather novel technique of punching paper with rings, Aslam creates what could be considered innocuous images familiar to most Pakistanis. In one, he uses the rings to create Lahore’s China Chowk and in another he shows a food street. However, in some of his works, the inspiration comes from further afield: ‘My Starry Night’ is clearly inspired by the famous Van Gogh painting while the sari-clad woman standing against the Manhattan skyline in ‘English Vinglish’ is presumably the Indian actor Sridevi. 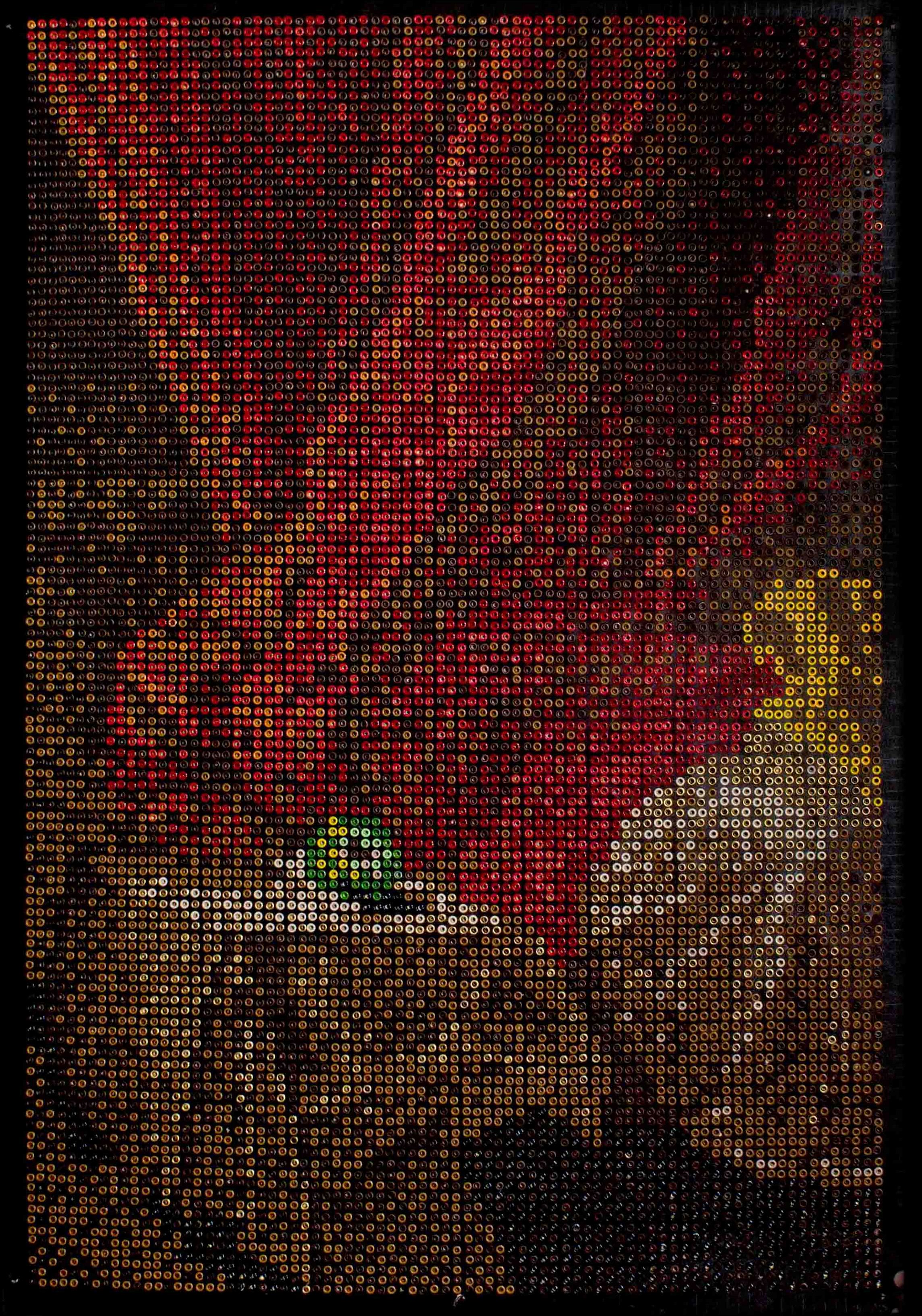 One of the most striking works though, was the large triptych of a PIA plane against a serene blue sky. The scale of the painting, combined with the symmetry and simplicity of the composition, resulted in an arresting piece that commanded the space of the Canvas Gallery. One of the men Seurat had studied was chemist Michel Chevreul, who developed the theory of ‘simultaneous contrast,’ i.e. how the placement of two colours next to each other affects how the eye perceives them. These theories can all be examined through Aslam’s work. From a distance, you could swear that you can see certain colours or details, which upon close inspection, are found to be missing. Distance, lighting and viewpoint, all are determining factors in how you perceive these images. As Aslam writes in his statement, it is the ‘breaking and coming together’ of colours that is the most vital aspect of his work and the images themselves are of secondary importance.

Resembling tapestries or low-resolution photographs, the artworks are, somewhat paradoxically, both complex and modest. The bright colours and simple imagery could be considered childlike, but the technique and theories in play reveal the sophistication of the works. n