The new wave of terrorist attacks in Khyber Pakhtunkhwa has not only unnerved the federal and provincial governments, but has raised doubts about the utility of the proposed peace talks with the militants.
More importantly, there seems to have been erosion in the public support for a dialogue with the Pakistani Taliban. The backing for peacefully ending the decade-old conflict in the country was evident from the large share of vote for the major pro-talks political parties, Nawaz Sharif’s Pakistan Muslim League-Nawaz (PML-N) and Imran Khan’s Pakistan Tehreek-i-Insaf (PTI), in the May 11 general election. Though the two ruling parties haven’t yet changed course and are still willing to give peace talks a chance, their leaders are coming under increasing pressure to review their policy due to the refusal of the militants to stop the attacks and show flexibility in their approach.

The PML-N appears willing to make adjustments in its policy in the wake of the repeated attacks by the militants, though it still wants to hold peace talks with them at least once to find out if there is any possibility of peacefully resolving the issues. Besides, it has been arguing that the government has been mandated by the All Parties Conference held on September 9 in Islamabad to undertake the peace process and is bound to follow it until the conference decisions are changed or overturned.

The PTI, however, is persistent in advocating peace talks with the militants and is in no mood to reconsider its stance, even after the spate of terrorist attacks in the province under its rule. Imran Khan went a step further and, apparently without proper consultation in the party, came up with the proposal of opening an office for the Pakistani Taliban to facilitate contacts and talks. He was widely criticised by most political parties, including the rightist JUI-F of Maulana Fazlur Rahman, who termed his statement childish and, in his view, was revealing of Imran Khan’s naivety and ignorance about the ground realities in Khyber Pakhtunkhwa and the Federally Administered Tribal Areas (FATA). The PTI chief was unrepentant as he felt the TTP must have an address so that it could be quickly approached and questioned regarding acts of terrorism for which it denies responsibility. Besides, his party leaders argued that offering talks to the militants does in any case any case amount to granting them legitimacy and the next logical step towards this end would be to have a TTP office for holding and coordinating the negotiations.

Three recent attacks in eight days in Peshawar in which 145 innocent civilians were killed and many more were injured caused outrage in the country and destroyed hopes for a negotiated end to the conflict that has spread from FATA to Khyber Pakhtunkhwa and certain other parts of the country. The latest wave of terrorism began with the twin suicide attacks on the Sunday mass at the All Saints Church in Peshawar’s Kohati Gate locality on September 22 and killed 83 churchgoers and a policeman who was the only Muslim at the site of occurrence. It was followed by the bomb explosion in a bus transporting government employees to their homes in Charsadda after duty hours on September 27. Finally on September 29, one of Peshawar’s most crowded and historic bazaars, Qissa Khwani, experienced yet another bomb explosion after suffering several others in recent years when a remote control device was used to explode a car packed with 225 kilograms of explosives. The death toll quickly rose to 42 as the critically wounded victims continued to die. Among the dead were 17 members of an unfortunate family from Charsadda’s Shabqadar area who had come to Peshawar to invite their relatives to a wedding in the family and do shopping.

These weren’t the only terrorist attacks that took place in the wake of the government’s offer of peace talks to the militants. Some attacks were also organised in the tribal areas, including one targetting the under-construction Kandau Dam in the largely arid Mohmand Agency in which the machinery and vehicles were destroyed and the contractor and some of his workers were killed. And in one of the biggest attacks earlier on September 15, Major General Sanaullah Khan Niazi, the general officer commanding for the Swat region since March this year, was killed along with Lt Col Tauseef Ahmad and Lance Naik Irfan Sattar in a roadside explosion caused by an improvised explosive device in the Upper Dir district bordering Afghanistan. There couldn’t have been a more provocative act for the army after its leadership had backed the Prime Minister’s peace initiative despite its reported reservations over talking unconditionally to irreconcilable militants who were refusing to disarm and had violated past peace agreements. Having dealt with the militants both in war and peacetime and made mostly unworkable peace deals with them in the past, the army had better understanding of the situation than any other institution and was, therefore, wary of the militants and cautious in its approach. 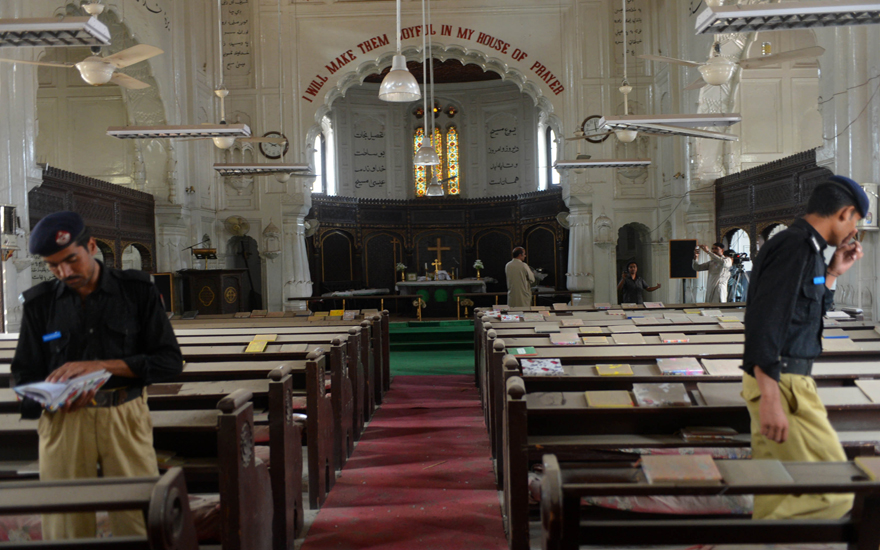 The Tehrik-i-Taliban Pakistan (TTP) claimed responsibility for the attack through its spokesman Shahidullah Shahid, who said their Swat chapter, whose head Maulana Fazlullah, along with several hundred fighters, fled to Afghanistan’s Kunar and Nuristan provinces after the 2009 military operation in Swat and the rest of Malakand division, had conducted the bombing. Surprisingly, the Swat Taliban didn’t immediately make any such claim unlike in the past when they used to promptly contact the media to claim responsibility for attacks. It did raise eyebrows and subsequent reports in the media, quoting sources close to the Swat Taliban, said that Fazlullah and his men weren’t initially even aware of the attack that killed Major Gen Sanaullah Niazi. The authenticity of the video footage of the incident was also questioned. Though questions were raised as to who might have carried out this attack, there wasn’t much doubt that one or the other militant group among the dozens operating in the Pak-Afghan border areas could be behind it. However, the presence of the Pakistani Taliban in bases across the border in Kunar and Nuristan and the unwillingness or inability of the Afghan government and Nato forces to initiate action against them reinforced the suspicion that a foreign hand may be involved in the attack against the highest ranking Pakistan Army officer in Malakand region. 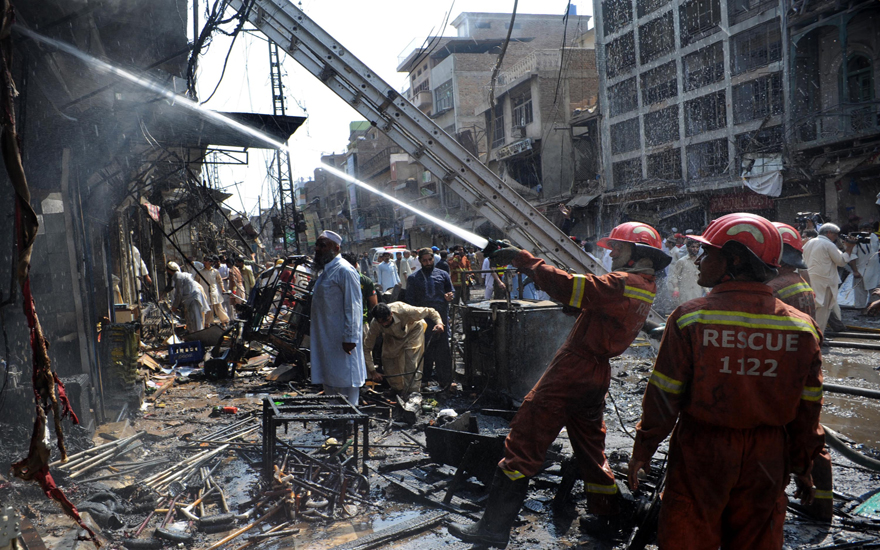 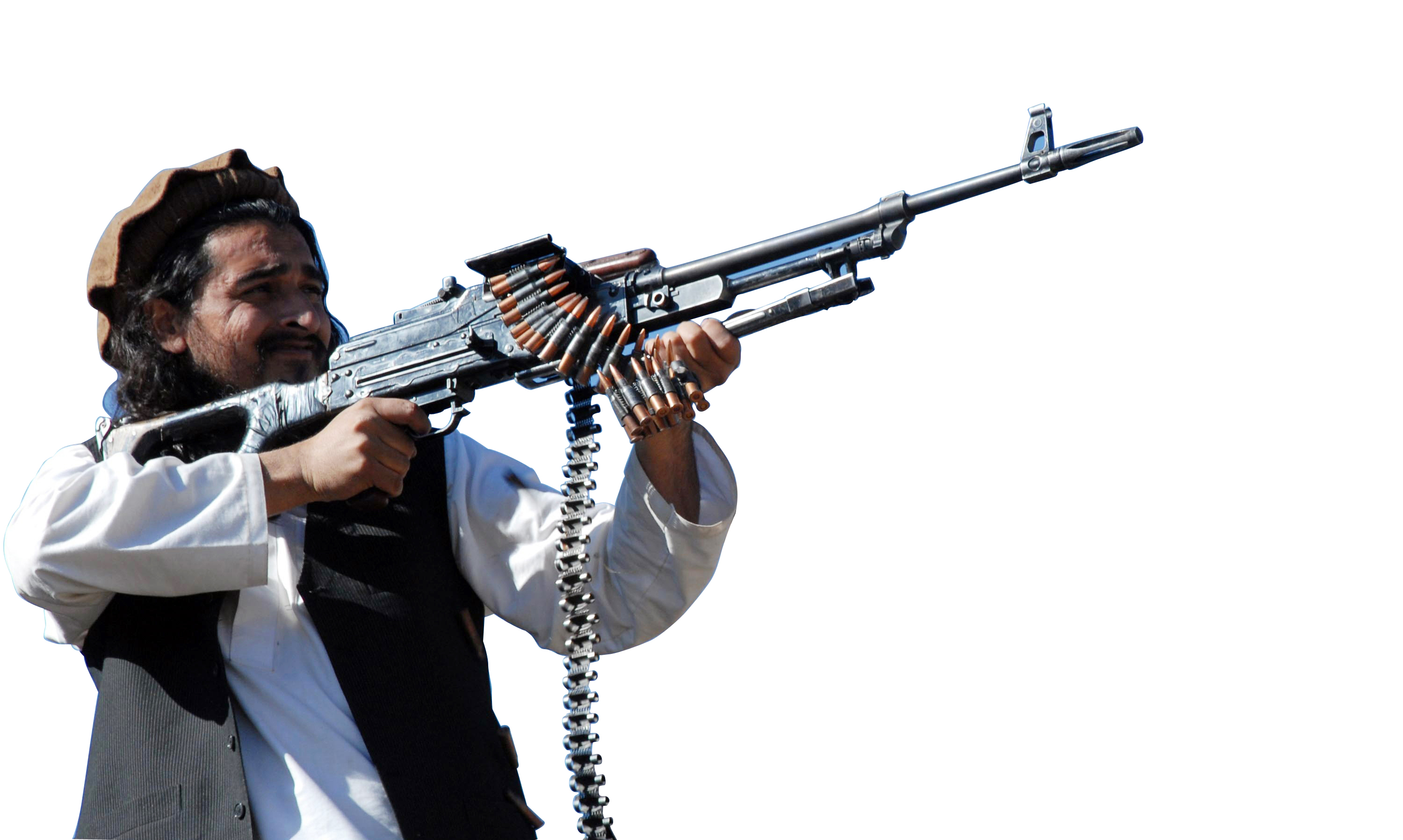 Confusion prevailed as the Hakimullah Mahsud-led TTP claimed responsibility for the Upper Dir attack only in which the army general was killed and denied, in unusual haste, its involvement in the car bombing in Qissa Khwani Bazaar by arguing that it primarily targeted legitimate military assets. The TTP insisted that Jundullah with which it had no association had claimed responsibility for the attack on the church. But Jundullah, as most journalists working in the conflict areas, know is small and incapable of undertaking such attacks.

It was becoming obvious that the government’s unconditional offer of peace talks to the militants made it look weak and emboldened organisations like the TTP to come up with major demands. Ironically, the TTP until recently had been asking the government to release Taliban prisoners and pull back troops from some of the tribal areas as part of the confidence-building measures to prove its sincerity before the formal talks. By ordering even one of the terrorist attacks as it has admitted, the TTP destroyed whatever little trust-building had been accomplished between the two sides through the painstaking efforts of the intermediaries. In fact, the government would now be justified in asking the TTP to prove its sincerity towards the peace process.

It is interesting to note that fissures have emerged on both sides on the issue of peace talks. The ruling and the opposition parties, after having unanimously resolved at the All Parties Conference to talk to the militants, are now drifting apart and some are questioning the logic of negotiating with irreconcilable militants who refuse to recognise Pakistan’s Constitution and want imposition of Sharia in the manner they understand it. The militants too are divided as some of the groups have a different take on the issue of talks with the government. A faction of the TTP led by Khan Said (also known as Khalid Masood and Sajna), a successor of the organisation’s deputy leader Waliur Rahman who was killed in a US drone strike some months ago, is more amenable to talks than the mainstream faction headed by Hakimullah Mahsud. The Punjabi Taliban commander Asmatullah Muawiya, also based in North Waziristan, has backed the talks even after being expelled by the TTP, which even tried to kill him. With the government still hoping to enter into a dialogue with the militants, a group of leading religious scholars linked to the Wifaqul Madaris organisation and associated with the Deobandi school of thought, which has influence over the Taliban, made a last-ditch effort to salvage the peace talks by appealing to all sides, particularly the Pakistani Taliban in the name of Allah and his Prophet Mohammad (PBUH) to end the bloodshed, agree to ceasefire and engage in talks. They termed the situation in Pakistan as “civil-war-like” and decided to engage individually also with government figures and the Taliban to try and peacefully end the conflict. The fate of this desperate effort by well-meaning religious scholars is unclear but its failure could mean more fighting and bloodshed.