The assault on the Christian congregation in a Peshawar church on September 22, in which more than 80 people — nearly half of them women and children — were killed and many more injured, caused shock and grief to the entire nation. But no one was more shocked than Prime Minister Nawaz Sharif, who saw his hopes of making political capital out of his initiative for talks with the Taliban dashed to the ground.

Soon after the horrible blast, one of the branches of the Tehrik-e-Taliban Pakistan (TTP), perhaps a women’s brigade, took responsibility for the massacre but the statement was disowned by the organisation’s high command, who also made the incredible claim that they did not kill innocent people. However, neither of the TTP statements matter much. Whether they had a direct connection with the Peshawar carnage and whether the foul deed was done by any of their Pakistani partners or underlings, their attempts to evade responsibility for it will be fruitless. The only point at issue is the motive behind the heinous act.

It is possible that the militants wanted to punish the Pakistan government for not promptly conceding their conditions for negotiations. Or, perhaps, they wanted to warn Nawaz Sharif against forgetting his offer to them while talking to the US leaders. They might have wanted to issue a notice to the army against reading too much into General Kayani’s reservations on Islamabad’s inclination to offer unconditional talks. Or there may be some rogue elements on either side who reject the idea of talks altogether. 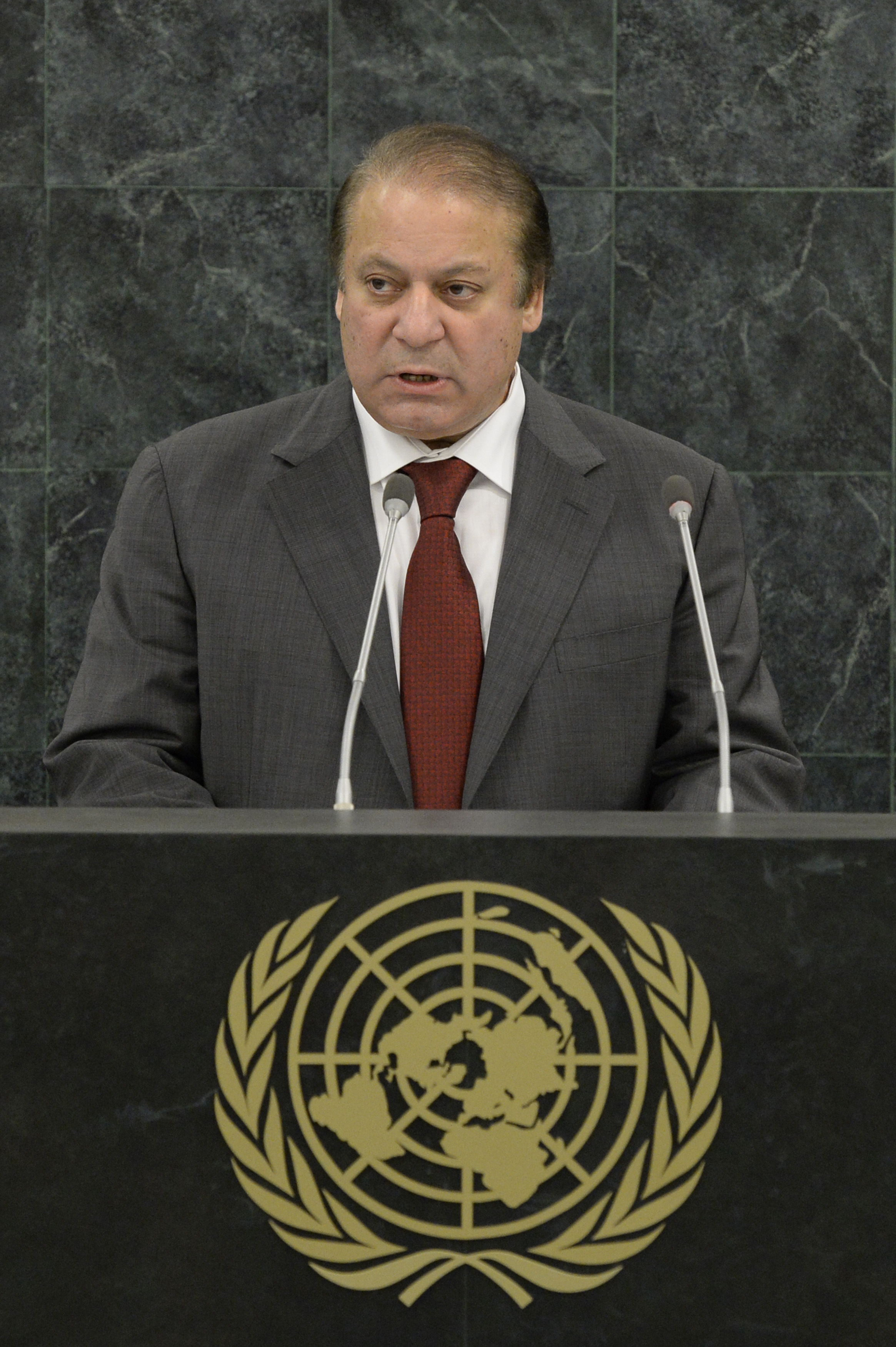 Be that as it may, the consternation in the government camp confirmed that its efforts at reconciliation with the militants had suffered a setback. The prime minister, who received the news of the Peshawar incident while on his way to the United States, was visibly worried about its impact on his exchanges in Washington. At home, his deputies tried to calm down the critics of the talks initiative with promises that another All Parties Conference could be called to review the response to the militants’ challenge, if circumstances so demanded.

The consternation in the government camp confirmed that its efforts at reconciliation with the militants had suffered a setback. The prime minister, who received the news of the Peshawar incident while on his way to the United States, was visibly worried about its impact on his exchanges in Washington. At home, his deputies tried to calm down the critics of the talks initiative with promises that another All Parties Conference could be called to review the response to the militants’ challenge, if circumstances so demanded.

Undeniably, criticisms of the government’s move for entering negotiations with the militants unconditionally have become markedly more strident after the killing of an army general by the militants and their cold-blooded massacre of Christians in the Peshawar church. More and more people are questioning the resolve for talks while the conditions laid down by Islamabad are not acceptable to the Taliban, and the latter’s terms cannot possibly be accepted by the government of Pakistan. The Taliban want to know as to who will guarantee that the government of Pakistan will honour its undertakings, but nothing is being said about reciprocal guarantees from the other side. ‘Surrender’ and ‘sell-out’ are some of the expressions being used to describe the government’s offer of negotiations.
It seems both sides at the moment only want to gain time and would like to defer finalisation of their strategies till the possible US-NATO withdrawal from Afghanistan. The Pakistan government perhaps wishes to wait for a positive outcome of its decision to release Mulla Baradar and is keen to see terrorist attacks on its territory stopped, but only to be confronted with a demand that it should order a ceasefire in its campaign in the tribal areas.

The Taliban, on their part, have their own reasons for waiting for the US withdrawal from Afghanistan. While only a few believe that the US-Nato forces will pull out from Afghanistan to their last soldier, the point under debate is whether the US-NATO forces that will stay on at several cantonments to bolster the Afghan force’s morale will be able to counter the Taliban offensive to retake Kabul.

A major cause of the Pakistani people’s anxiety is the fact that the government has not offered any coherent strategy to deal with the multi-pronged challenge posed by militants under the banner of jihad. That the militants’ call for the establishment of Sharia is meant only to cloak their political ambition, namely to capture the Pakistan state and its resources, is not seriously doubted in any quarter. But the Pakistan government, instead of challenging the militants’ religious credentials, appears to have accepted their claims at face value. This has a disastrous effect not only on the ordinary Pakistani citizens but also on the forces sent out to confront the extremists. It effectively undermines any operation against the Taliban.

A campaign to disabuse the Pakistani citizens’ minds of any notion of religious sanction for the militants’ terrorist activities must form an integral part of the government’s strategy. The task may appear difficult but it can be accomplished if the effort required is intelligently planned and efficiently pursued.

The government should also look into the factors that enable the militants to parade themselves as victims of aggression and foul play. It has invested considerably in its efforts to get the drone attacks stopped. Its argument cannot be rebutted but while cessation of drone attacks will offer considerable relief to the militants, it may not dilute their resolve to keep Islamabad under pressure. The government may not be directly involved in maltreatment of extremists and their sympathisers in the tribal population but it needs to take a critical look at the local authorities’ treatment of people arrested and detained on suspicion of links with militants. 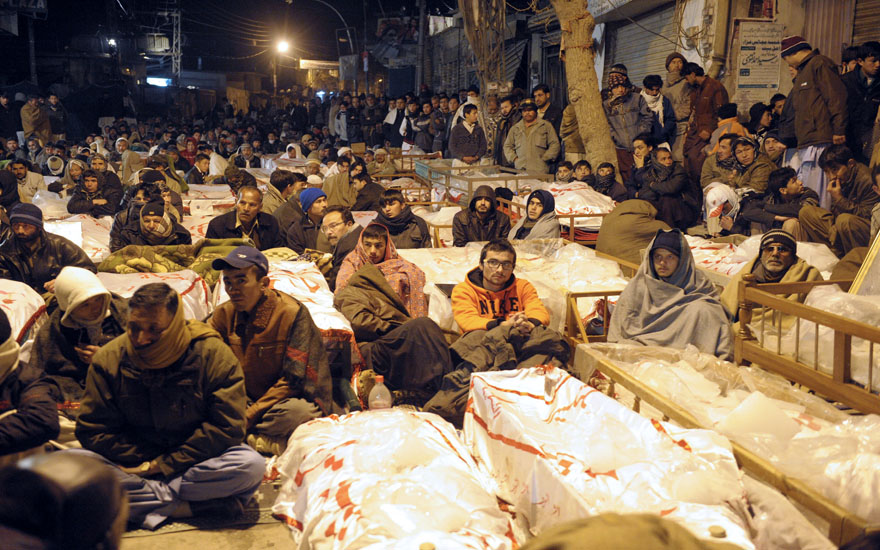 What are the government’s plans for dealing with the militancy in case the proposed talks fail? The public may not be considered qualified to receive details of alternative plans but at least a disclosure about the needful having been done is long overdue.

That the militancy or insurgency in FATA and the adjoining areas cannot be addressed by military tactics alone is now recognised by all parties concerned. Not only should the state find means of blunting the religious or ethnic appeals of the militants, it must also concretise the benefits the people of Pakistan, especially those living in tribal and other conflict zones, will reap for rejecting the course indicated by the militants. Besides, the need to push welfare projects in the areas contested by extremists and to plan for the rehabilitation of all those caught in the crossfire is much too obvious to need elaboration. 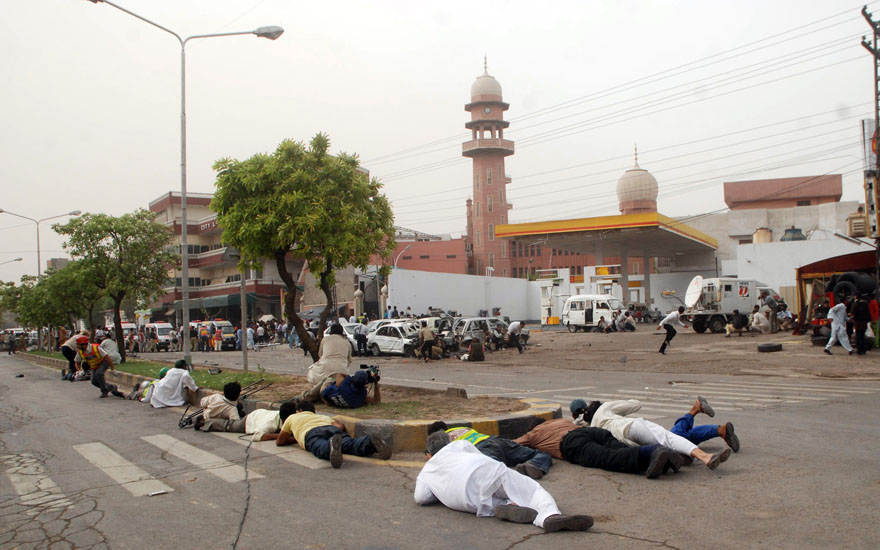 That the Christian citizens are being targeted for forcing a rupture in Pakistan’s relations with western countries is a facile argument that will not carry us far. Why are the Hindus, Shias and Ahmedis being targeted by Taliban allies across the country? The only possible explanation is that that state is being made to pay for adopting a theocratic polity. 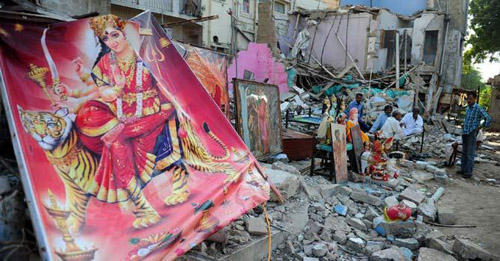 No attempt seems to have been made to analyse the militants’ attacks on the minority communities. That the Christian citizens are being targeted for forcing a rupture in Pakistan’s relations with western countries is a facile argument that will not carry us far. Why are the Hindus, the Shia Hazaras and Shias and Ahmedis being targeted by Taliban allies across the country? The only possible explanation is that that state is being made to pay for adopting a theocratic polity. Ultimately the state will have to realise the urgency to roll back the steps it has been taking in a totally misplaced zeal for religiosity.

A confessional state is inherently incapable of avoiding religious conflicts. The campaigns against the minorities will not subside after capitulation to the militants. On the contrary, attacks on them may escalate and extract greater costs from the state.