Had it been left to the media, they would have pushed the nuclear button a long time back, remarked Chanchal Manohar Singh, a veteran Indian journalist. He was alluding to the outrage fanned in India by a very jingoistic media after India announced that five of its soldiers guarding the Line of Control (LoC) in the disputed state of Kashmir were killed in an ambush by gunmen from Pakistan.

Singh, who was to lead a 45-member delegation of Indian journalists, parliamentarians and civil society activists to Pakistan to join their counterparts in celebrating the country’s 66th Independence Day celebrations, could convince only 12 people to accompany him to “enemy” country; the rest pulled out, fearing that it could be dangerous for them to travel to Pakistan.

The frenzy whipped up by the Indian media was evident from Indian journalist Jasdeep Singh Malhotra’s statement. Malhotra, a member of the Indian delegation, recounted how the Indian media had “confronted” them on the rationale of undertaking a trip to Lahore at a time when five Indian soldiers had been killed. A major section of the Indian media did not even report on the peaceniks’ Pakistan visit, he added.

A similar delegation from Pakistan had to drop its plan of an exchange visit to India following violent protests there spurred by a hostile media, running for ratings, and opposition parties, gearing up for elections next year.
South Asian Free Media Association, better known as SAFMA, an association of journalists from across the region, has been hosting the delegations’ exchange customarily every year for a number of years, in collaboration with an Indian non-governmental organisation, Hind-Pak Dosti Manch, headed by veteran journalist Kuldip Nayar. 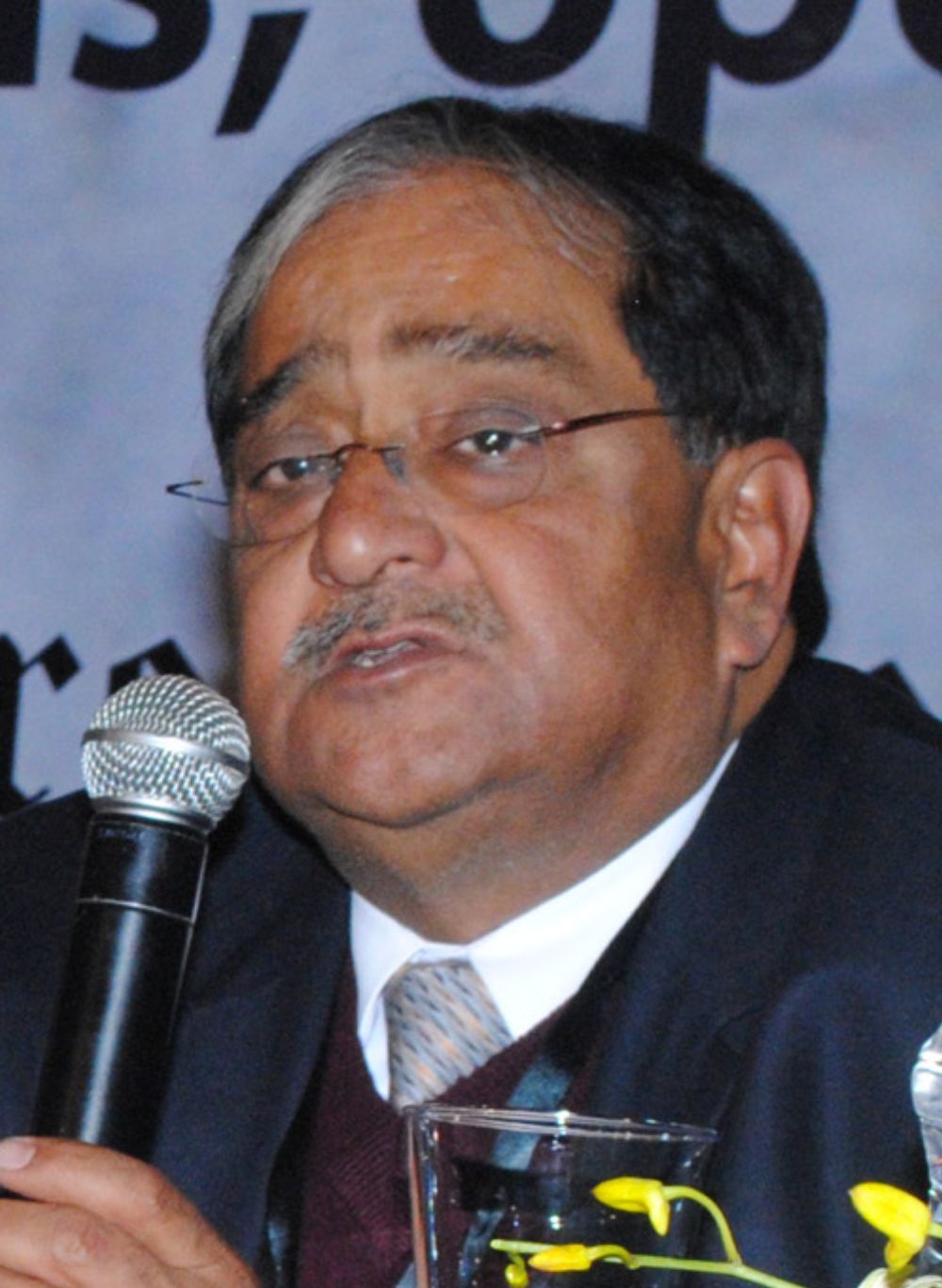 Vinod Sharma: “Lift the ban on televion channels across India and Pakistan. Channels in both countries will get more business in an expanded market. And peace will be the dividend.”

An apex body of SAARC (the South Asian Association for Regional Cooperation), SAFMA works on the premise that the media of the two countries, which is generally known for inciting conflict, can also serve as an agent of peace. Besides lobbying with the governments and parliamentarians for peace in the region so that it can bring dividends to their respective countries and people, SAFMA has been holding seminars, conferences and workshops for journalists since July 2, 2000 with the express purpose of inculcating in them a sense of responsibility to report conflicts in a professional manner, without fanning the flames of hatred, and follow the rules of good journalism.

But every time there is tension in South Asia, and it is so mostly between the nuclear-armed and mutually suspicious India and Pakistan, all rules fall by the wayside.

“A South Asian union is the ultimate goal we are pursuing,” says Imtiaz Alam, Secretary General SAFMA. “We build it brick-by-brick, but one terrorist attack demolishes the entire building. I feel disgusted at the role of media in both countries in building and furthering hate.” Alam, however, plans to continue the struggle in the hope that it may ultimately deliver. And his hopes are not altogether misplaced. 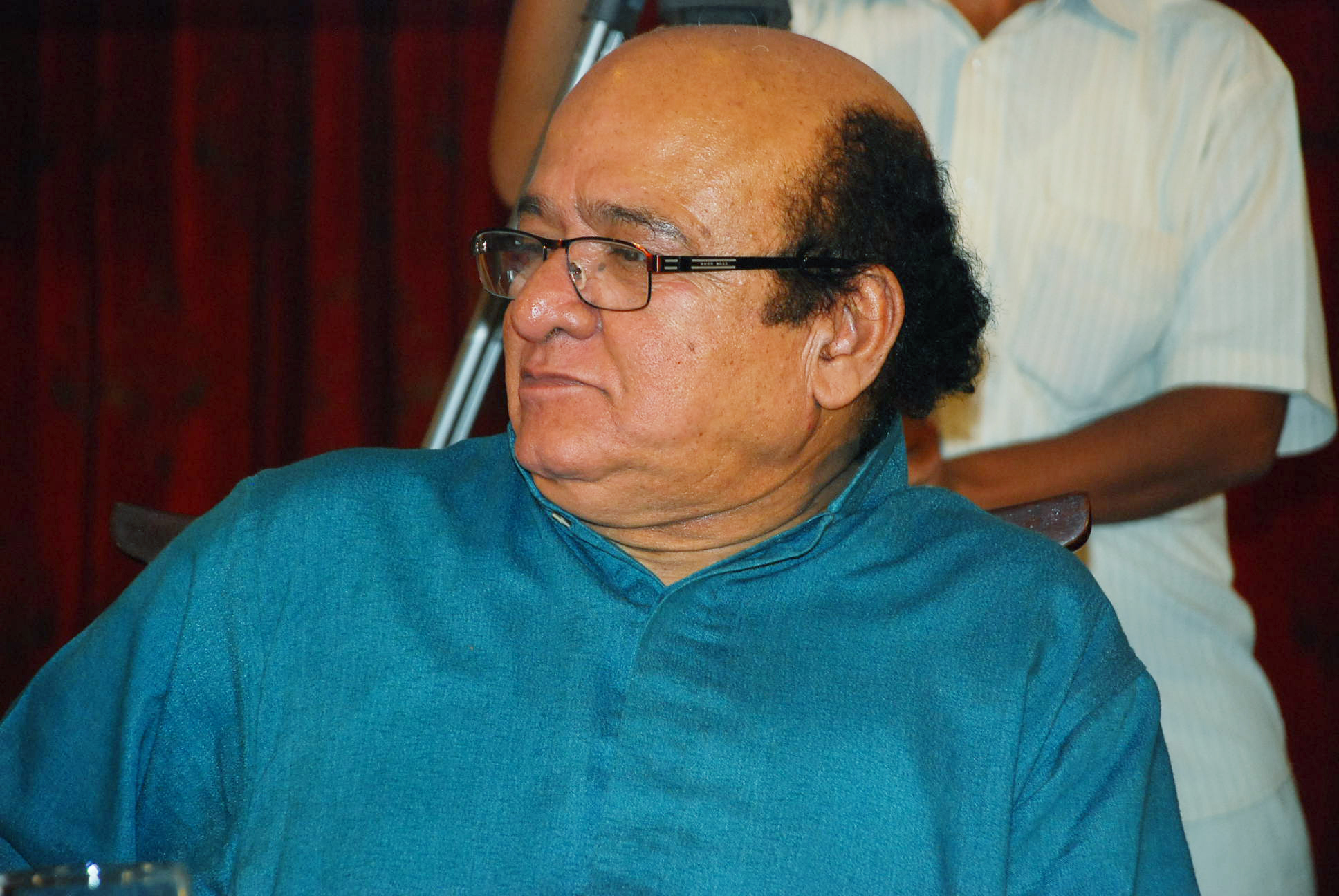 Imtiaz Alam: “There should be guidelines on how not to report in a conflict situation.”

In 2004, SAFMA had arranged a landmark exchange of journalists across Kashmir’s de facto border — the Line of Control (LoC). The initiative helped journalists in both countries to get rid of certain misconceptions and know the real situation on the ground in the Indian and Pakistani-administered parts of Kashmir, first hand. It also heralded the beginning of travel and trade between the two countries across the LoC in 2006. But some SAFMA initiatives, like seminars and workshops, have not quite not had the desired impact on journalists. The biases are so strong that it will need constant effort on both sides. They subside when hopes of reconciliation kindle but pop up each time a conflict situation erupts. The situation turned particularly volatile after the 2008 Mumbai attacks, with TV channels in particular jingoistically raising the pitch.

Following Nawaz Sharif’s installation as prime minister, things began to move in a positive direction with the two sides putting behind them the breakdown in Indo-Pak dialogue after the Mumbai attacks and preparing for peace talks, to be held on the sidelines of the United Nations General Assembly in September. However, the killing of Indian soldiers on August 6 on the LoC put the talks in jeopardy, as the Pakistan army was accused of being behind it.

And the media — this time the Indian more than the Pakistani one — was all hammer and tongs, taking India and Pakistan back to the vitriolic past. A section of the Indian media, particularly the electronic media, was giving prime-time broadcast space to jingoism. To quote an Indian journalist, Baraj Mohan, newsrooms look like war rooms these days. 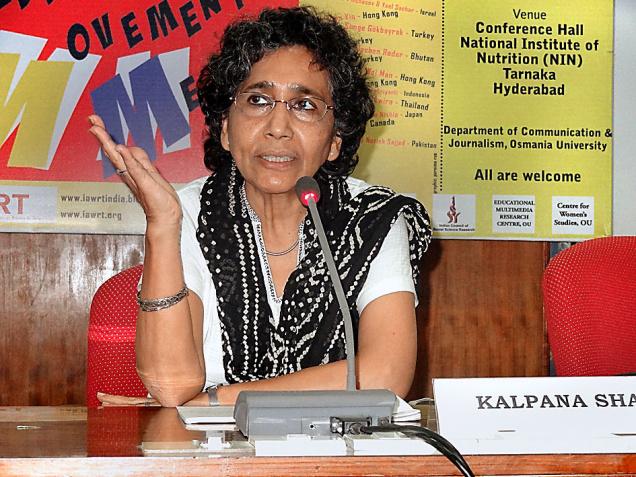 Kalpana Sharma: “It is essential that reporters learn the importance of restraint and cross-checking.”

Delhi reacted to the media and public outrage by significantly hardening its rhetoric over the LoC attack, directly implicating Pakistani soldiers for the first time. Earlier, India’s defence minister, A K Antony, while reacting to the incident, had merely said that the attack was carried out by militants who were accompanied by “persons dressed in Pakistan army uniforms,” violating a 2003 ceasefire agreement.

Commentators on both sides of the divide advise the media to exercise restraint and move beyond the ‘us and them’ mentality if they want to see peace prevail.

Indian journalist and activist Kalpana Sharma says, “it is essential that reporters be trained to handle such extraordinary situations, that they learn the importance of restraint and cross-checking… Professionalism and accuracy will ensure that we don’t contribute to prejudice and panic.”

Imtiaz Alam, who is also the editor of the quarterly South Asian Journal, asserts that the media should rise above national identity and unite, not demonise other states. “The event is the same, but media in two different countries report it differently,” he remarks. “In times of conflict, this becomes important. The media should not take sides with nation-states. There should be guidelines on how not to report in a conflict situation.”

Perhaps it’s time the media waged a war of reason, instead of jingoism.

Some SAFMA initiatives, like seminars and workshops, have not quite had the desired impact on journalists. The biases are so strong that it will need constant effort on both sides. They subside when hopes of reconciliation kindle but pop up each time a conflict situation erupts.

Political analyst Dr Hasan Askari Rizvi advises that the media should do factual reporting. “Unnecessary adjectives should not be used. Stories should cover all sides and must offer options. It is often through good reporting that conflict is reduced.”

Vinod Sharma, political editor of Hindustan Times, suggests lifting of the ban on television channels telecast across India and Pakistan. “Market-oriented television channels hungry for business can not afford to lose their market across the border and so, there will be lesser or no jingoism on TV screens.”
He argues that television channels in both countries will get more business in an expanded market. And peace will be the dividend.

Will the media rise to the occasion or harp on the same old themes of conflict, war and ‘the enemy?’