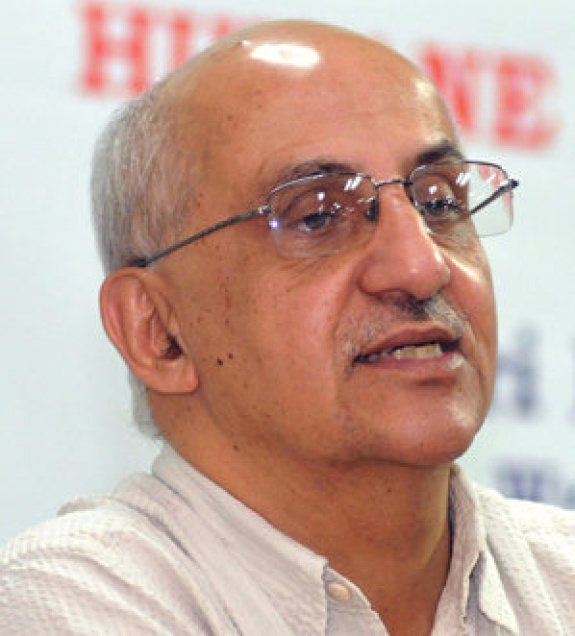 At a time when we are bombarded with glittering images of ‘India Shining,’ Harsh Mander’s new book Ash in the Belly strips the country naked and shows the world the dark reality of the ‘world’s largest democracy.’ The author of the book is a grass-roots activist, journalist, scholar and a civil servant who has worked in high positions in the state. The experience, knowledge and insight he has gained over the years working in different capacities shines through his latest work.

The book consists of three parts. The first part, comprising seven chapters, contains first-hand accounts and stories of people living with hunger and starvation. These are heart-wrenching tales that vividly demonstrate the cruelty and injustice of the social and economic system in India. Even though these stories are full of sordid details, they will nevertheless grip the readers and they would want to read the entire book to see how exactly this situation came about, who is responsible and how it might be solved. Apart from personal narratives from the starving poor, the author provides hard facts, showing that India falls short in each and every respect when it comes to curbing hunger and starvation. Almost every comparable country, including Pakistan, is better off than India in combating hunger.

There are special mentions of historically oppressed groups such as the Adivasis and the Dalits and the amount of discrimination they suffer, which make them even more vulnerable to starvation than other groups. One fact that might interest Pakistani readers is that Muslims are as badly off as the Dalits and social attitudes towards India’s largest minority are deplorable and contribute to their ongoing pauperisation. There is also a chapter on the discrimination suffered by women and the resulting feminisation of poverty and hunger. The fact that the author dedicates entire chapters to these groups shows his broad moral compass and integrity.

The first part of the book is a photograph of the problems facing India and the subsequent part of the book, made up of five chapters, goes through the structural causes that produce and maintain the near-famine conditions under which almost 300 million Indians live. Apart from the well-known corruption and criminal neglect at state level, there are other significant reasons behind hunger in India. The author traces the roots of mass starvation all the way back to the advent of British colonisation of India. The readers will not fail to notice that history is being repeated today since famines during the British rule were caused by free-trade policies and export of wheat and grain to the rest of the British Empire, rather than feeding the Indian people. Thanks to free-market policies that modern India has been pursuing for the last three decades, which include minimal state expenditure, curtailing of public programmes to balance the budget, export-driven food production and the increasing role of markets in allocating resources, hunger and starvation in the country is being reproduced in the same manner in which it was initially created. Harsh Mander states that there is “official denial” of starvation today just as it was during the British Raj. Similar to the colonisers, the Indian government and the elite classes of the country also blame the victims for their suffering and take no responsibility for the situation. As such, the author concludes that the present picture is “very little different from colonial times.”

However, some progress has no doubt been made since 1947. India has the world’s largest food distribution programme which provides a safety net for millions. But many of the laws and codes that oblige the state to deal with starvation have evolved modestly and are still largely the same as they were under the colonial administration. Many of the state obligations are not legally binding and even if they are, such as the minimum wage, these duties are regularly overlooked. The impressive food distribution programme has many shortcomings and the historic Mahatma Gandhi National Rural Employment Guarantee Act 2005 (MGNREGA) is also fraught with issues. The act stipulates that every destitute person would be employed in public works but the dilemma is that the type of work it provides is so labour-intensive and back-breaking that women, children, the old, the disabled and the weak-bodied are immediately ruled out of it. One of the major problems with the food distribution network is that food is distributed through a complex system of government warehouses and stores, which are actually inefficient and corruption-prone. There is a huge amount of food stored in these warehouses that never reaches the needy and in fact the government is the largest food hoarder as a consequence of this inept network. Leakage from these warehouses is 38%, meaning this is the percentage of food that is stolen from the distribution system and sold in private markets. Service delivery is also an issue and in many areas, the poor are unable to avail the food scheme, especially if they are Dalits, Adivasis and Muslims.

The author also gives a detailed breakdown of how modern economics can manipulate figures and manufacture the official level of poverty and hunger, in contrast to the actual reality on the ground. Mander criticises cold-blooded economic analysis for not taking into account the social and human cost of suffering since these are things that are “beyond calculus” and need empathy to understand. The chapter ‘Neglect of Destitution’ explains how the suffering masses are made invisible by the state, society and economics. The author shows that we need a sociological analysis to comprehend human suffering and not just formal economic analysis.

In the chapter ‘What People Must Do,’ Mander proposes a rights-based approach to solving the hunger crisis. He is against the charity model that sees people as passive beings and beggars who should be given crumbs from the table. He also speaks against the technocratic attitudes of many NGOs. He affirms that the fight against hunger is a moral fight and people should take the side of the oppressed. He sees starvation as a matrix of class, gender, religious and caste oppression. The author also states that affirmative action should be taken in support of historically marginalised groups and the battle against hunger should be taken up by all sectors of the society, including religious institutions.

Overall, Ash in the Belly is a work written with much heart, moral indignation and immaculate research. Harsh Mander also has tempered idealism, thanks to which he is able to propose a radical yet realistic framework of solutions to the large-scale hunger and starvation prevalent in his country. This is a useful guide for those who wish to understand and solve the most pressing issue facing India.