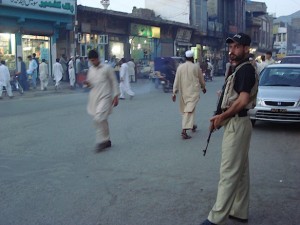 After three years of bloodshed and destruction by Taliban militants in Swat Valley, the Pakistan Army, understanding that more than force was needed to defeat extremists, held a conference on de-radicalisation. In the conference, held this past July, experts, politicians and military officials spoke on the rise of religious fundamentalism in the region and acknowledged the military for its offensive against Taliban militants. Of course, the military operation also killed more than 700 civilians dead and displaced millions from their homes.

In a time when thousands of families need assistance after their houses were destroyed by 2010’s devastating floods and after basic health and education infrastructure in the valley was destroyed during the conflict, people expected the Army to play a lead role in reconstruction and rehabilitation activities. They do not accept that the rise of radical thought is the outcome of their way of life. Rather, they believe they are the victims of the menace of terrorism and radicalism that has swept through the region for the last 30 years.

The conference proceedings were much publicised in the national media and through the public relations wing of the Army, the ISPR. The military claimed it has liberated the scenic valley from the clutches of the Taliban. For some, it was an encouraging step as it was the first time the Army has deemed it necessary to debate the issue in public. However, for many in Swat it was a PR event for the Army, a useless activity, as in their opinion “the sudden rise of Taliban militancy was not possible without the support of state agencies.”

It is an open secret that Pakistan’s powerful military establishment views militant/jihadi groups as ‘strategic assets’ that act as its proxies in Kashmir and Afghanistan. In this context, local communities ask, “From where should the de-radicalisation process be initiated?”

History is testimony to the fact that a majority in Swat never demonstrated militant or radical attitudes until a half-cleric Fazlullah emerged on the scene in 2005. Even then people in the area did not take him serious and made fun of him in their day-to-day gossip. For them, he was just a cleric who earlier worked as lift operator.

The Yousafzai Pashtuns who inhabit the area had centuries-old social and cultural values and traditions that are fundamentally secular and liberal. Though there were tribal feuds, killing in the name of religion is a completely new phenomenon. From 1915 till 1969, when Swat was merged into Pakistan, Swat maintained a secular society where Sikhs and Hindus live side by side with the local Muslim population. There is not a single incident where a local Pashtun killed a Hindu or a Sikh because he believed in a different religion. Since Buddhist times Swat has been famous for its rich artistic heritage and pluralistic society where people sang of peace, love and beauty. Before the rise of the Taliban, every year nature lovers from inside and outside the country would visit the area, and the locals always welcomed them and treated them with respect. The fact is that after the merger, Swat and the surrounding districts became radicalised as the state needed jihadis to fight their war in Afghanistan.

The story of Fazlullah from a lift operator to a fierce and powerful militant commander with all resources of the valley at his hands is not long. It just took two years for him to dictate to state authorities and play havoc with people lives.

There is no denying the fact that the criminal silence of state authorities encouraged him to extend his influence and attract unemployed and neglected youth to his fold. Through his FM radio broadcasts, he lambasted political corruption, delays in justice and Pakistan’s alliance with the US in the war against terror, and then he glorified jihad against “infidels” as the only solution to the problems of the nation.

The radical ideas he advocated were not the result of his life in Swat, but the legacy of the Afghan jihad that was transferred to him from his father-in-law Maulana Sufi Muhammad, a Jamaat-e-Islami leader in Dir who later became the chief of the Movement for the Enforcement of Shariah in Malakand (TNSM). People’s deprivations, the absence of an effective judicial system and the erosion of a strong government in Pakistan’s tribal areas also contributed to the speedy rise of religious militancy in Malakand region.

In my discussions with youth, women, civil society workers and local politicians during a recent trip to Swat, I found three perceptions/theories most common among the locals:

2.    Swat is rich in resources and located at the strategically important juncture between China and Central Asian countries via the Luwari Pass (upper Dir). The US wanted the region for military bases, therefore Pakistan encouraged the rise of militancy and thus paved the way for anti-Americanism in the region.

3.    The threat of the re-emergence of the Taliban will stay until the military establishment achieves its strategic goals. The people doubt if the military action was against Fazlullah and his main commanders; if so, why were they allowed to escape and establish new bases in Kunar and Nuristan provinces close to the mountainous area of upper Dir.

Police officials who spoke on condition of anonymity said that in some cases they were asked from Islamabad to vacate police stations and avoid resistance to Fazlullah militants. Politicians and Taliban opponents whose houses were attacked by Fazlullah fighters in 2007-2009 complain that help did not come even after repeated calls to security officials on duty. 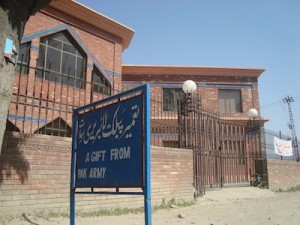 The authorities may have their own answers to these burning questions, however, the slow pace of reconstruction and reports of military interference in civilian matters further add to people’s frustration. Despite millions of dollars from the international community, main roads in the valley are still in a shambles and the upper valleys in Kalam and Kohistan are cut off from the rest of the country. On August 24, flash floods washed away Kandian village in Kohistan and left more than 50 people dead. Aid organisations complain there is no road to the valley that can be utilised to provide food and medicine to the affected communities. Thousands of innocent children who suffered during the conflict have yet to see their schools re-constructed, while hundreds of those who were lost in the military operation are remembered with tears and sighs by their families. The locals also feel discouraged when they see the slogan “A gift from Pak Army” on a number of renovated buildings built by the former rulers of Swat in the 1950s.

During my trip I observed that the flag of Pakistan is painted on buildings and shop shutters the whole way leading from Barikot to towns in upper Swat Valley. According to locals, military officials forced them to do so, otherwise they would be considered to be anti-Pakistan. Locals fail to understand why the authorities want to make them more Pakistani? Swati people are so patriotic that they celebrate their religious festivals like Eid and observe fasting with the federal government, and the area’s youth work hard to get commission in the armed forces. The decision of forcing people to demonstrate their patriotism by hoisting Pakistani flags was ill conceived and based on the assumption that Swati people are sympathetic to an enemy.

It is high time for the state authorities to come up with a concrete plan to rebuild lives and resolve the people’s outstanding problems. And if they have a plan, the authorities should educate the people about when and how the reconstruction process will be completed. The development initiatives should be people centric, where locals can decide their fate without any fear and hesitation. The old social structure has been destroyed in Swat by the conflict and the new has yet to find roots. It’s a transitional period that needs a lot of care at every level otherwise the gains of the military operation will be lost and the region will be confronted with a more serious crisis in the future.

Shaheen Buneri is a journalist based in Prague. He recently concluded a trip to Pakistan under a fellowship from the Pulitzer Center on Crisis Reporting.