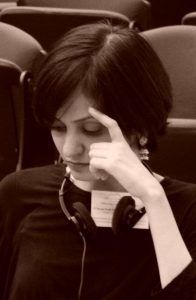 Senator Sardar Mohammad Yaqoob Khan Nasar of the ruling party recently stated in a House meeting that the poor are born “to serve” the rich; that is how God has designed things, and so there should be no interference in the order of things. Though many critics took the Senator to task for his words, the sad truth is that this is not an isolated opinion. Furthermore, under cover of their own interpretation of divine law, traditional elites in Pakistan — and elsewhere in the world — sometimes get away with the most heinous barbarity, and even crimes like murder.

The economic disparity between the classes is staggering. Leaving aside the seriously rich, even people from the middle or upper middle classes often spend without a second thought, in one go, on entertainment, clothes, trivialities, an amount equivalent to their servants’ entire month’s salary — or 10 times that amount. And those serving as domestic staff are considered higher on the food chain than many others.

The statistics are staggering: 60 per cent of the people in Pakistan earn less than two dollars a day, and one in every third child has food insecurity. Additionally, there is the abysmal health services system, and a dismal education budget that keeps millions of children out of school (Pakistan ranks second among countries with the highest rate of out-of-school children), all of which makes for a sorry picture.

Even sorrier is the fact that the country’s underclasses are largely unaware of even their basic rights. Many young girls employed as maids, and often subjected to back-breaking work, for example, get paid half of the minimum wage set by the federal and provincial governments for unskilled labour — i.e. 14,000 rupees. This bare minimum is what 70 per cent of the unregulated and informal sector domestic workers in the country are forced to subsist on. There is no trade union to effectively highlight the issues of domestic workers or facilitate them, and in the absence of such an organisation, there is no recourse for the underprivileged labour class of our society.

Pakistan ranks among the countries with the highest internal donor status, yet, despite that, the income divide keeps widening. The fact is, even when there is a desire to break the vicious cycle of poverty, the upward mobility of people from the low-income class to the middle class is always resisted by the influentials — and this situation seems to be getting worse. According to a study conducted by Oxfam, “children born in 2010-2011 are less likely to break the poverty trap than those born in 1994-1995.”

Wealth in Pakistan is concentrated in a few hands: about 10 per cent of the population owns 27 per cent of all the country’s wealth. The privileged include the landed gentry, members of the armed forces, politicians, and recently, even religious parties. The nexus of the rich industrialists, the feudal lords, the bureaucrats, the clergy, the army and, to some extent, the media houses — who in exchange for sponsorship shape public opinion in one or the other’s favour — makes for a formidable elite.

Historically speaking, the culture of serving the elites in our land was institutionalised long before the British colonised India. Social structures were well defined by one’s caste and position in society, and as in almost all civilisations, the higher stature in society belonged to those with religious titles and the knowledge which was denied to the common man. This enabled a few to control the rest. In Pakistan, this model resonates even now, where the rich can afford expensive private schools for their children so they can grow up to be more powerful than those enrolled at public schools in deplorable conditions, or those in no schools at all.

The complete incapacity or refusal of members of the elite to empathise with the less fortunate is something akin to the quote falsely attributed to Marie Antoniette: “Let them eat cake.” And the refusal to change the status quo was demonstrated by a PPP politician and an MNA, who said during an interview a few years ago, that if she did not travel in a Land Cruiser in her constituency, it would create a “bad impression among her people.” After all, she said, they could not be allowed to perceive their leader to be poor like them, reasserting the perception that only the rich can rule.

The disconnect between the cold hard reality that is the life of the poor, and the ivory tower existence of the powerful can be gauged by what former Chief Minister Sindh, Qaim Ali Shah once said. When asked what his government was doing to address the terrible drought and malnutrition in Thar, he responded by saying that the Sindh government had made an air-conditioned hospital for the poor in Thar to alleviate their misery.

And then, against the backdrop of an acute shortage of hospitals and medical facilities, of medicine and of trained doctors in Lahore, a private hospital has sprung up with the proclaimed purpose of introducing “VIP healthcare” to the city. It boasts five-star suites with expensive linen, tapestries and chandeliers, and choice cuisine, alongside the best in medical care — all, of course, at a huge cost. The hospital’s chief executive, Dr. Shahida A Khawaja, believes such a facility will attract patients from abroad to seek treatment here.

“As we globalise ourselves and aim to achieve high standards, it is important to have such a facility in our own country. We believe there will be less inclination to go abroad to get extremely expensive treatment due to this initiative,” she says.

Donor countries question whether Pakistan is utilising the funds it receives from them for development in the right places. After meeting victims on her trip to Pakistan during the 2010 floods, actress Angelina Jolie observed with some shock the Pakistani elite’s lavish lifestyles, and compared them to the limited resources allocated to help the devastated.

More recently, after spending four years in the country, former UNDP Director, Marc-Andre Franche, in his interview with Business Recorder, blamed the elite for being the biggest hurdle in development because, he said, they could not let go of their short-sighted individual interests for the good of the nation. He expressed his disgust at how landowners had continued to exploit their uneducated bonded labour, and at the same time often had the temerity to approach the UN or other aid agencies, asking them to invest in water, sanitation and education projects in their districts.

As do the bureaucracy and government — other avatars of the elite. An activist working with slum dwellers expressed his frustration about how the Lahore Development Authority (LDA) officials arbitrarily shut down mobile schools for poor children, but are not able to, or choose not to, close down the seminaries illegally built on encroached lands by the country’s other elite: the clergy.

The dire situation of the poor is enhanced due to regressive tax policies. The FBR receives 80 per cent of all tax revenues through indirect taxes, garnered from only a few. The landed elite, meanwhile, are exempt from tax. As for the industrialists who do fall in the tax bracket, they devise ingenious schemes to evade paying the levies, and, as we have witnessed only too often, even have their loans, often worth millions of dollars, written off.

To escape nationalisation in the ’70s by Zulfikar Ali Bhutto, the rich found a protective cover, whereby they could carry on operating their small, undocumented businesses at home, while moving a major portion of their major industries and investments abroad. The masses toiling in these undocumented businesses, meanwhile, continue today, as they were then, to be deprived of any state protection.

Given the situation, it is clear that even in this, the 21st century, most of the elite — politicians, feudal lords and tycoons alike — continue to treat their subjects and voters as dehumanised entities.

However, there is a sliver of hope. With the advancement of communication technology, social media and emerging democratic public forums, people are beginning to question the traditional status quo. In our democracy, small but noteworthy changes are now being noticed, where the traditional vote banks in the urban middle class sectors are gradually shifting loyalties.

But creating tangible change in society will have to include changing the mindset and social attitudes of the elite, and the attitude towards elitism.

Unless everyone is given their fair share of opportunities in our economy, and until discrimination based on class, ethnicity, gender and religion is done away with for good, the status quo is likely to prevail for many years into the future.

Zeeba T. Hashmi is based in Lahore and writes on issues related to development, society and politics.