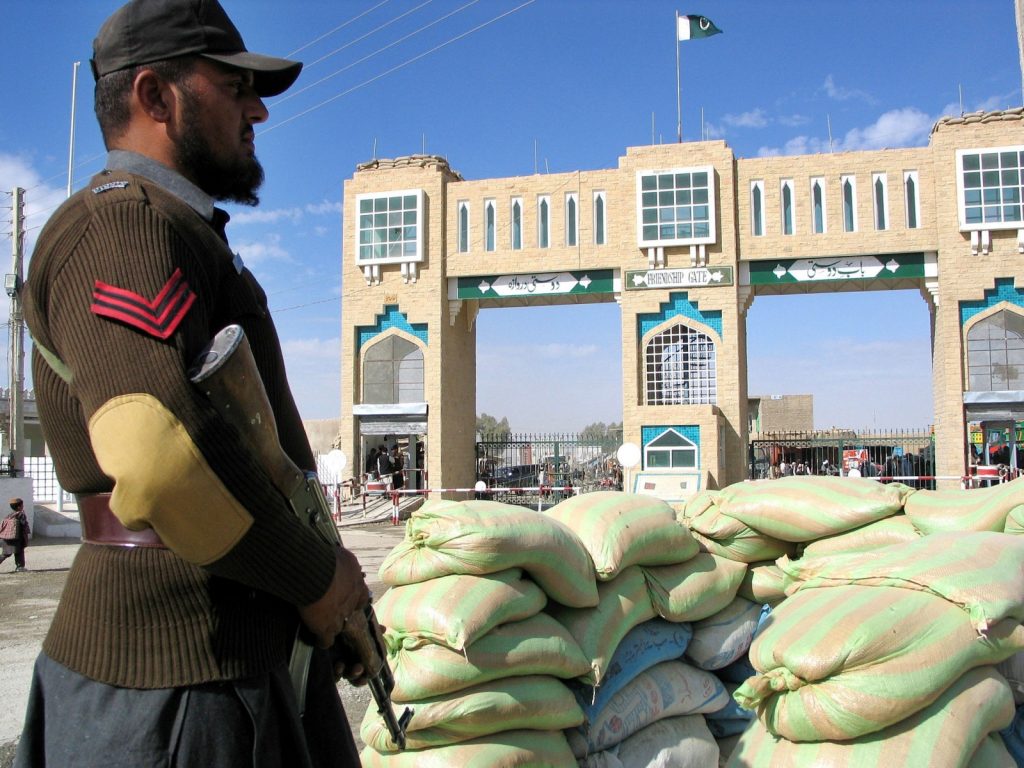 Pak-Afghan relations were already strained, but certain recent incidents have added to the tension and made it even more difficult to mend the uneasy relationship between the two neighbouring countries.

The Pakistani initiative in the summer of this year to start implementing its border management plans was not viewed favourably by the Afghan government and it continues to remain a sticking point. In fact, it triggered clashes at the Torkham border in July, causing casualties among soldiers on both sides and a significant drop in their trade. Though Pakistan subsequently managed to complete the border management at Torkham to disallow the entry of Afghans to Pakistan without visas and installed the gate that the Afghan government had resisted all along, the incident pushed Pak-Afghan distrust to the limit.

Many Afghans believe the border management is part of Pakistan’s game-plan to force Afghanistan to give up its old, inflexible stand on the Durand Line and formally recognise it as an international border. No recent Afghan government has recognised the Durand Line as the de jure border, whether it was the monarchy under King Zahir Shah, the Republican regime of President Sardar Daoud Khan, the communist regimes from 1978-1992 and those led by the mujahideen, the Taliban and, finally, the pro-West presidents, Hamid Karzai and Ashraf Ghani.

Pakistan has been keen to resolve the border issue, once and for all. The Afghans, however, are not pushed and every government in Kabul has been arguing that only the Afghan nation has the authority to decide this issue. They don’t explain how the Afghan nation would make this decision — through the traditional Loya Jirga, the elected parliament or by a referendum.

Former President Hamid Karzai is fond of claiming that on each of his more than 20 visits to Pakistan during his 14-year rule, the Pakistani rulers asked him to accept the Durand Line as the international border. At a recent Track-II Dialogue in Islamabad between Afghan and Pakistani participants coming from different walks of life, a few Pakistani delegates stated that Pak-Afghan relations would not improve unless Kabul formally recognised the Durand Line. In response, an Afghan participant said the two countries should set the Durand Line issue aside and work on improvements in other areas, including trade and people-to-people contacts, as so many other countries bogged down by intractable disputes have done.

Linked with the border issue was the surprising recent decision by the Pakistan authorities to hold the first-ever public flag-lowering ceremony at the country’s Chaman border post adjoining Afghanistan. It reminded one of such a ceremony at the Wagah border with India, when soldiers on both sides of the gate indulge in an aggressive display of nationalistic zeal and fervour, parading perilously close to each other amid applause by fired-up spectators on both sides of the border listening to patriotic songs. The Chaman ceremony held in November by the paramilitary Frontier Corps soldiers was watched by local tribal elders and was widely reported by the media. It isn’t quite clear why this ceremony was introduced, but the idea seems to be to make it clear that this is an international border, despite the opposition by the Afghans.

One felt the Afghan government may respond in kind by organising a flag-lowering ceremony on its side of the border at Spin Boldak, sited across the Durand Line from Chaman. This hasn’t been done yet, but Kabul reacted strongly through a statement that termed the Chaman ceremony as inappropriate, provocative, and against the previous bilateral commitments. It warned that such ceremonies in the present sensitive situation could cause further deterioration in the Pak-Afghan relations and increase tension on the border. It reminded Pakistan that the residents on both sides of the Durand Line enjoyed brotherly relations throughout history and protested against the pressures being brought on people in Pakistan’s border areas to obtain visa for travel to Afghanistan. The statement advised Pakistan to concentrate more on the fight against terrorism, instead of holding special military ceremonies.

The border issue has been hanging fire since Pakistan’s independence from British colonial rule in 1947. In fact, Afghanistan was the only country in the world to oppose Pakistan’s membership of the United Nations, primarily due to its non-recognition of the 2,500-kilometres long Durand Line and its support for the Pakhtunistan cause of giving the right of self-determination to the Pakhtun and Baloch people. Pakistan has insisted all along that the 1893 demarcation by the British diplomat Mortimer Durand is a settled issue and that it inherited the border at the time of independence. 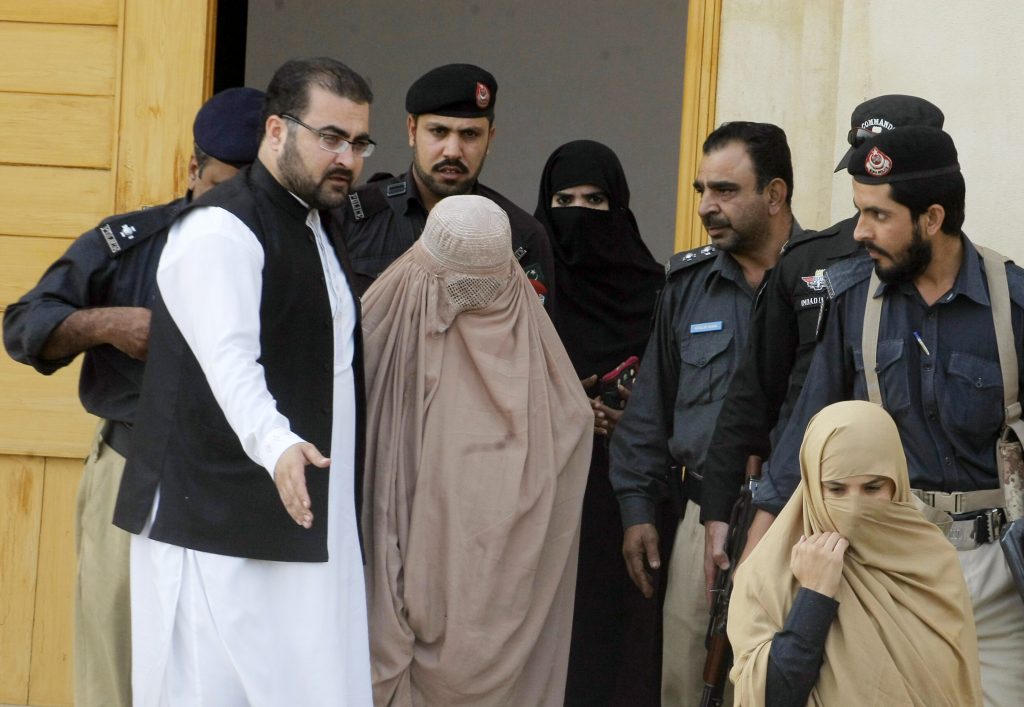 With the uneasy Pak-Afghan relations touching new lows and political and diplomatic contacts becoming few and far between, the brief meeting between Prime Minister Nawaz Sharif and President Ashraf Ghani in the Turkmenistan capital, Ashgabat, on November 26 on the sidelines of an international conference, raised hopes about renewal of efforts to mend their ties. It cannot be termed a breakthrough, but it is possible the contacts would be revived, leading to yet another attempt at peace-building in Afghanistan. Kabul is angry with Islamabad for failing to bring the Afghan Taliban leadership based in Pakistan to the negotiations table and for refusing to take military action against the irreconcilable elements among the Taliban. Islamabad wants Kabul to offer something concrete to the Taliban to make them give up fighting. It has been accusing Kabul of harbouring Pakistani militants on its soil and allowing India to use Afghan territory to destabilise Balochistan and FATA.

Another issue that has strained relations between the two countries is Pakistan’s recent move to send back the almost three million Afghan refugees, both documented and undocumented, to Afghanistan. Pakistani officials insist that the presence of such a large number of Afghan refugees, particularly those who are undocumented, is a security risk because the refugee localities serve as hiding places for insurgents involved in terrorist attacks in both countries. Afghanistan wanted Pakistan to extend the stay of the Afghan refugees as it didn’t have the resources to resettle them at a time when Iran too was pushing the Afghans back into their homeland and there were also more than a million internally displaced Afghans. However, this time Pakistan is determined to repatriate all the Afghan refugees after hosting them for more than three decades, but it has extended the deadline for their return, yet again. 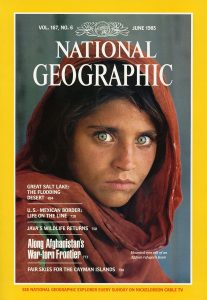 An Afghan refugee who stood out during this crisis was Sharbat Gula, now in her early 40s, and made famous by her picture as a 12-year-old taken by American photographer Steve McCurry in the Nasir Bagh camp in Peshawar in 1984. That picture of the “Afghan girl with the piercing green eyes” which appeared on the cover of National Geographic had symbolised the plight of the Afghan people as a result of displacement caused by the Soviet invasion in December 1979. Steve McCurry had returned to Peshawar in 2002 with a National Geographic TV channel crew to search for her and film a documentary around the search.

Pushed into the limelight, this simple housewife, once again, grabbed media headlines when the Pakistani authorities arrested and tried her in a court for fraudulently acquiring Pakistan’s identity card. The court subsequently sentenced and fined her and ordered her deportation. This caused outrage as Sharbat Gula, now a widow taking care of her four children due to the death of her husband Rahmat Gul, had already suffered enough. Pakistan could have treated her humanely, allowed her to stay and even offered her citizenship to earn goodwill worldwide. Instead, she was deported during the night via the Torkham border. The Afghan government welcomed her warmly, with President Ghani and his wife receiving her and her children at the presidential palace and gifting her with a flat.

Pakistan lost an opportunity to earn the gratitude of the Afghan people — and President Ghani’s government got a chance to present Islamabad in a bad light.