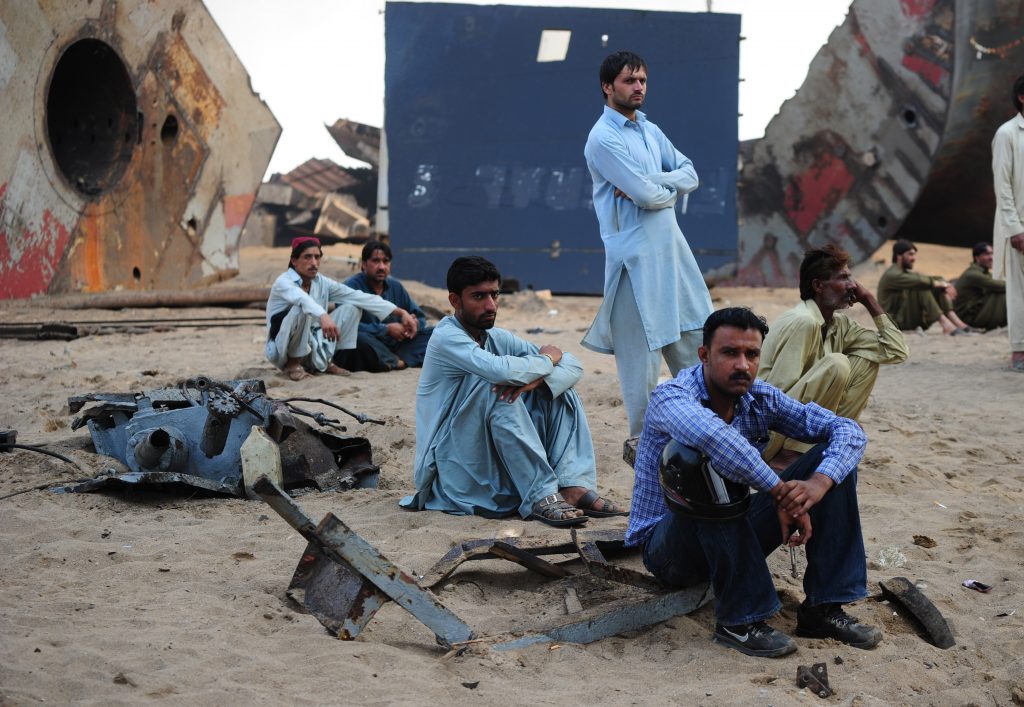 The fire at the Gadani shipyard — considered the worst accident at Gadani in the last 40 years — has drawn much attention due to the death toll. But accidents of individuals and people losing their lives or limbs are commonplace at the shipyards. Employees at the Basic Health Facility (BHU) estimate one death a week, and the Rural Health Centre (RHC) records show that the highest number of patients who visit the facility for treatment of injuries are workers at the ship-breaking yard.

The ship-breaking Mazdoor Union has tried to compile data of the injured and deceased in the last couple of years, and also to ascertain if any legal action was instituted against those responsible for the accidents, negligence or bad practice, and if any compensation was paid to the victims or their families. However, they have faced opposition from both ship-breakers and labour contractors, as most of the time, to avoid legal complications, such matters are settled under the table. The injured and the deceased are usually taken to Rehman Hospital at Benaras, Karachi West, which is allegedly owned by Karim Jan, a labour contractor and general secretary of the union.

“For a couple of months at the beginning of this year, district Lasbela had Abdul Waheed Shah as deputy commissioner, and Muhammad Jan Sasoli as the SHO Gadani. The duo took exemplary action against labour contractors and ship-breakers when accidents occurred at their yards. FIRs were registered against the labour contractors, and they had to negotiate with the families of the injured and the deceased to settle issues. Some cases against labour contractors are still pending in the courts,” says Abdul Samad, press secretary of the Mazdoor Union.

He cities as an example an accident at yard number 50. A worker from Swat lost his leg when an iron sheet fell over him from an overhead crane. Resultantly, an FIR was registered against contractor Haji Gul Khan, and owner Fazal Parachi. In June 2016, the death of a worker at yard number 68 resulted in cases being lodged against the owner, Ghani Seth, the labour contractor, Bakht Rawan, and the agri contractor, Ejaz. The cases are ongoing.

In July 2016, a worker was killed, and another was injured at yard 88, and the owner Sohail Seth, and foreman, Ghulam, are currently embroiled in a legal suit filed against them. But those cases were filed then, when Waheed Shah and Sasoli were based in Gadani. After the officers were transferred, the registration of FIRs suddenly stopped.

A recent example: on October 22, a 52-year-old worker in yard number 13-14, fell from the deck of a ship to the engine room, and died soon thereafter. The yard was owned by Alam Khan and Jumma Khan. No FIR was registered against anyone in this case. Perhaps the victim’s family saw the futility in pursuing such a course of action.