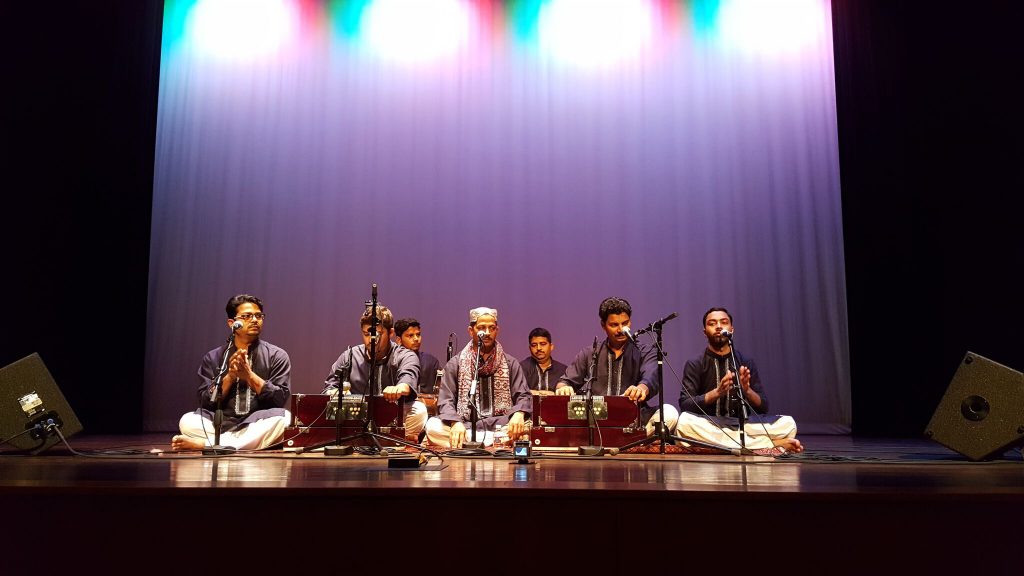 Pakistan’s famous qawwals, Ghayoor-Moiz-Mustafa Qawwal completed their first independent tour of the United States, in November. The qawwals performed in Texas, New York, Connecticut, Illinois, Massachusetts Texas and New York. “The reception we have received in the United States was wonderful,” says Ghayoor Ahmed. “In fact, we are a little overwhelmed with the love and appreciation that has come our way.”

The group chalked up 14 performances in the three-week tour and have already been booked for shows for their spring tour in 2017. “We enjoyed performing in the United States largely because of the diversity of listeners,” shares Moiz Ahmed. “Muslims, Hindus, Christians and people of many other spiritual and religious persuasions attended our concerts. It was very heartening to see them moved by our music.”

The group were also approached by filmmakers interested in recording their music for their feature films. “We are very interested in the offers that we have received,” says Mustafa Abu Muhammad. “We hope to record a few tracks for films when we tour the United States in 2017.” Ghayoor-Moiz-Mustafa Qawwal are the direct descendants of the world’s first qawwal, Miyan Saamat Bin Ibrahim, who was trained by Hazrat Amir Khusro, the founder of qawwali, in the thirteenth century. The sons of the celebrated Fareed Ayaz-Abu Muhammad Qawwal troupe, Ghayoor-Moiz-Mustafa Qawwal represent the 28th generation of the original 12 qawwals known as the Dilli Ki Qawwal Bachay. Masters of music, poetry and rhythm, heirs to the institution of Khusro’s qawwali, and the torchbearers of the tradition of classical qawwali, the brothers are considered to be the foremost young qawwals in the world today. They are known for the authenticity and purity of their musical tradition. The form of qawwali that they perform is the same as the one practiced more than 800 years ago. Nothing has been allowed to change.