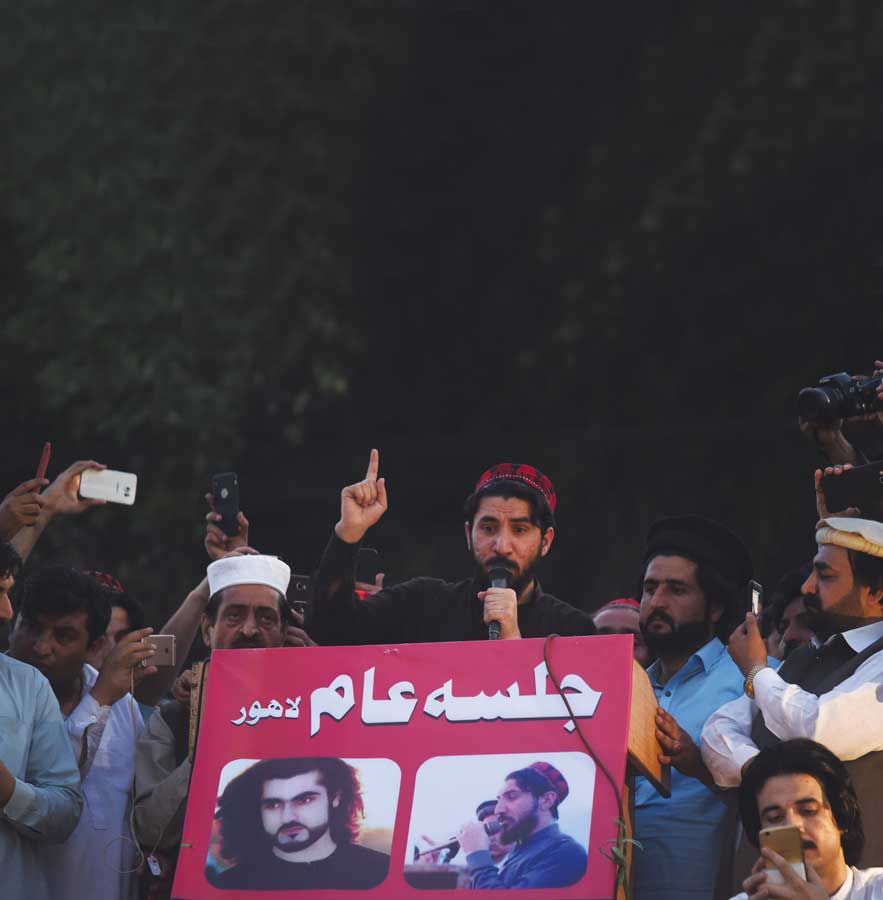 State functionaries opted for talks with the Pashtun Tahaffuz Movement (PTM) leader Manzoor Pashteen, who had held a protest rally in Lahore in the face of some resistance by officials.

After the alleged arrest of its members in Lahore and other parts of the country, there was a degree of uncertainty about how things would pan out. All that changed when Army Chief General Qamar Javed Bajwa, in a recent meeting with former military and senior civil officials from Khyber Pakhtunkhwa (KP) and the Federally Administered Tribal Areas (FATA), agreed to hold talks with the movement’s leadership. In April, a government-constituted jirga also engaged in a dialogue with members of the PTM in Khyber Agency, agreeing on continued negotiations for the resolution of issues.

In his protests in Islamabad and other areas, Pashteen demanded the mainstreaming of FATA, the removal of landmines from the tribal belt, an end to ethnic profiling as well as harassment at checkposts, the abolition of the Frontier Crimes Regulation (FCR), in addition to the formation of a “truth and reconciliation commission,” to probe the extra-judicial killings and cases of missing persons.

The PTM is voicing long-standing issues that have already been identified by the government and institutions. The Supreme Court of Pakistan had taken suo moto notice of missing persons and target killings long before the PTM stepped up to the plate. The military has already emphasised the abolition of the FCR in FATA, and mainstreaming of the area, to consolidate the gains made in the war on terror. Bajwa and his predecessor, General (R) Raheel Sharif, both stressed the importance of reforms, time and again.

Despite its faults, the PTM is offering a counter-narrative to violence and militancy. It is a narrative that Pakistan is desperately in need of, especially at a time when terrorism in the country is on the brink of defeat.

In his all speeches and interviews, Pashteen has rejected terrorism and vowed to adhere to the principles of non-violence. He has embraced the Constitution and believes in an intuitional approach toward problem-solving. If the PTM were to succeed, it would be a blow to militancy in the country and strengthen the counter-terrorism narrative.

It is a good omen that a peaceful, socio-political movement that accepts the supremacy of the Constitution, has emerged from an area previously known for its extremism, violence and backwardness.

While it is in the interest of the nation that issues be resolved, the PTM too will need to amend its behaviour. Before its show of power in Peshawar last month, where it spoke out directly against institutions, things were not so difficult for the PTM. Its demands regarding landmines and the Watan Card had been met. The mainstreaming of FATA was expedited (its merger with KP being delayed due to political matters).

On certain occasions, the movement’s leaders demonstrated their naivety by threatening to raise their issues on an international platform if the government did not resolve them. 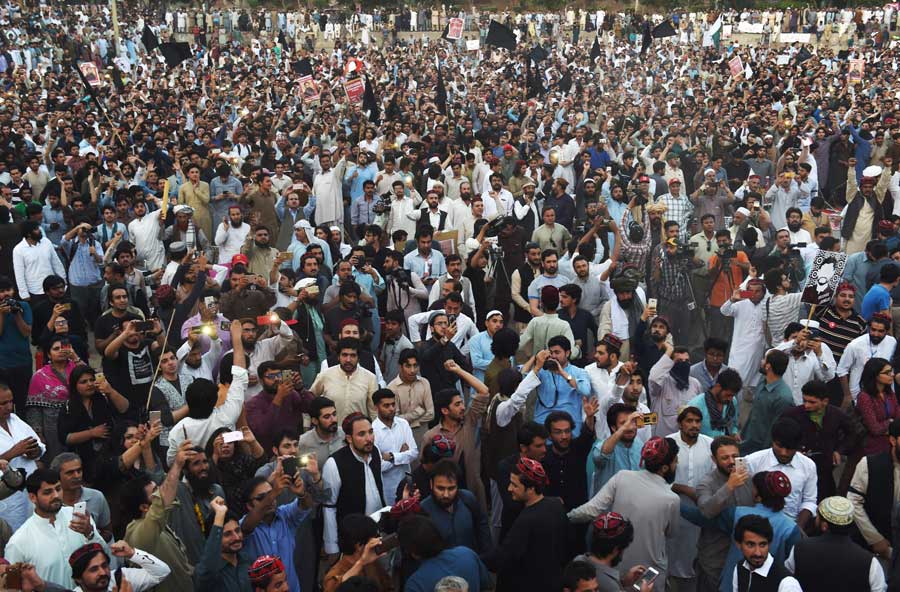 Despite repeated calls from state institutions and political parties such as the Jamiat Ulema-e-Islam (JUI) and Pakhtunkhwa Milli Awami Party (PMAP), political entities with Pashtun leadership opposed the merger of FATA and KP.

Yet after the initial protests by the PTM, the President of Pakistan signed a bill approved by Parliament, extending the jurisdiction of the Supreme Court and the Peshawar High Court to FATA.

Pashteen hails from an area that has suffered since British rule — when it was converted to a buffer zone. FATA had to bear the brunt of Russia’s war, Talibanisation and the war on terror.

Previously, the PTM was known as the Mehsud Tahaffuz Movement (MTM) and limited itself to issues concerning Waziristan. Later, the renamed party, under its new moniker started to focus on issues pertaining to the Pashtun community beyond FATA. Most people heard of the PTM after it protested the killing of Naqeebullah Mehsud in Karachi and demanded the arrest of SSP Rao Anwar.

The officials’ willingness to hold talks with PTM leaders and acknowledge some their demands is a promising development. The media blackout should now end and a soft policy be adopted in dealing with the movement. Undoubtedly, the PTM would also have to soften its tone.

An early resolution of the problems highlighted by the movement would be the best way of putting an end to its dissent and the mounting resentment it represents.