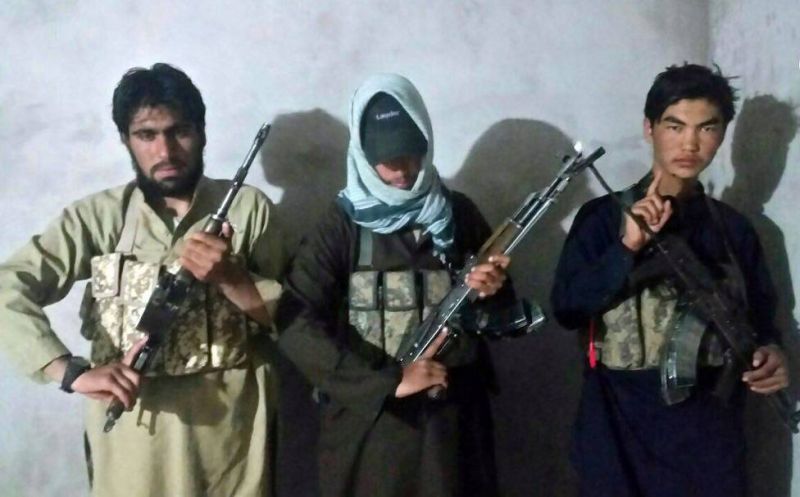 Two Christians were killed and five injured, as gunmen unleashed fire near a church in Quetta’s Esa Nagri area, on April 15. The victims were targeted following Sunday service. The attack came two weeks after a Christian family had been killed on Easter Monday, on Quetta’s Shah Zaman Road. In December, Quetta’s Bethel Memorial Methodist Church was targeted by a suicide attack a week before Christmas, leaving eight dead.

Alongside these attacks, members of the Shia Hazara community have been gunned down in Balochistan’s capital city. On April 22, two Hazara men were shot dead, and another was injured in the Western Bypass area, by unknown assailants. It was the fifth instance of the community being targeted in a terror attack since the turn of the year.

All of the above-mentioned attacks were claimed by the Islamic State (IS), the group whose Khorasan faction, encompassing the Af-Pak region, has been functional for over three years, claiming responsibility for some of the deadliest attacks during this period — including the 2017 Sehwan bombing.

Having fled the Middle East, IS has increased its presence in the Af-Pak region, with a UN report underscoring that the group’s attacks in Afghanistan doubled in 2017. Similarly, a security report by the Pakistan Institute for Peace Studies (PIPS) underscores that the IS’ footprint in Balochistan increased last year. This was prior to the escalation of IS-owned attacks in 2018.

“Where is the government in Balochistan? Have you seen one?” asks Human Rights Commission of Pakistan (HRCP) spokesperson I.A. Rehman, sarcastically. “How can we demand things from an entity that does not exist?” He cites the latest HRCP report which underscores the plight of the religious minorities.“The agencies won’t do anything either. The minorities are on their own,” he adds.

Security officials, however, claim that while the IS may not have a core presence in the country, many jihadist factions have gravitated towards its umbrella: the Lashkar-e-Jhangvi Al-Alami (LJA). “The IS is not present in Balochistan,” says Major General Saad Khattak. “The attacks being carried out are by the LJA, which has an understanding with IS. The former will carry out the attacks, while the latter will claim responsibility.”

According to Khattak, the LJA is ideologically and operationally similar to IS. “The LJA wants to target the Shias, and those supporting them internationally want to exploit the cleavages that exist in Pakistan,” he continues. “The LJA then falls prey to those forces for want of money, or whatever their interests might be.”

A former spokesperson of the Balochistan Government, Senator Anwar-ul-Haq Kakar, agrees that IS isn’t operating directly in the province. “It has no organisational capacity in Balochistan,” he says. “The group’s physical presence is in Afghanistan. A US reports confirms that 18-20 per cent of Afghan land is currently under IS control.”

According to Kakar, “Those claiming the attacks have an ideological affiliation with the group. They are splinter groups that were battered in [Operations] Zarb-e-Azb and Radd-ul-Fasaad. They were either killed, or fled to Afghanistan.” Kakar claims that IS is working like a ‘franchise’. “They have a social network here [in Balochistan] — homes and families. Affiliates carry out the attacks and IS claims them.”

Kakar compares it to a KFC franchise. Except that IS franchises don’t exactly work in the same way as those in the corporate sector. For instance, the IS finds itself at war with the Afghan Taliban — a former ally. Yet the clout of terror groups, claims Kakar, has been “significantly reduced” as compared to earlier in the decade.“Go over the attacks carried out in the last 10 years,” he says. “The terrorist groups and the government regularly change colours. When hundreds of Hazaras were being martyred, the provincial government eliminated the leadership of these groups here.”

But after the capacity of the terrorist groups was significantly reduced, they started attacking the soft targets. “This is a new challenge — to protect regular citizens, walking on the roads,” he continues.

According to Pastor Simon Bashir of the Bethel Memorial Methodist Church, Christians now fear stepping out of their homes and avoid doing so unless absolutely necessary. “After the December bombing, there was an atmosphere of fear surrounding the Christian community,” he says. “But none of us thought we would be individually targeted — we thought churches would be attacked. But after the surge in roadside attacks targeting Christians specifically, we know for a fact that we are being hunted down on our streets.”

Pastor Bashir’s in-laws’ house lies in the vicinity of the Easter Monday attack. He witnessed the killings. “I was on the way to the house, when I heard about the attack,” he recalls. “That’s when the fear crept in.” He reveals that the security forces have asked the community to maintain a low profile — the clergy in particular. “But being a priest, I have to attend events in universities and homes,” he says, adding that the while the security forces have promised to increase checkposts, none have been added thus far.

Is asking an entire community to stay home, and adding more checkposts the best way to counter IS attacks in Balochistan? “Countering such attacks is difficult as lone attackers are hard to stop,” says Khattak. “It is a classic IS tactic.”

According to Khattak, one way to prevent the attacks is for vulnerable communities to plan their movement at times when they would be less likely to be attacked. In addition, intelligence-based operations need to be fast-tracked. But none of this guarantees complete safety.

Kakar contends that preemptive action needs to be taken in accordance with intelligence reports. “But when this is done, the perpetrators go and stand with [Pashtoon Tahaffuz Movement leader] Manzoor Pashteen, claiming human rights violations.”

Khattak, however, believes strict action should be taken against the LJA, but engagement is also needed. “There is no solution but to eliminate the die-hard LJA members. They are so ideologically charged that this is the only way out,” he says.

Kakar says eliminating terror groups from Balochistan will be a long process. “The groups we arrest
will keep regrouping — this fight will continue for at least another 10-15 years.”