Imran Khan’s most appealing characteristics as an outsider politician trying to smash the status quo have also been his biggest weaknesses, now that he finally has a measure of responsibility. Two incidents, completely unrelated in how Khan probably viewed them, need to be seen in conjunction as an illustration of how Imran the rebel has failed to mature into Imran the statesman. As President Zardari was about to leave office, the new prime minister, Nawaz Sharif, hosted a lunch for him to which he invited everyone in the political arena, including Khan. However, the PTI leader, who had made a name for himself by denouncing the corruption and misrule of the PPP and PML-N, declined the invitation. This would have been fine as an act of protest politics signaling himself as a new kind of politician, but recently, when asked why he was in contact with Hafiz Saeed, the chief of the Jamaatud Dawa, Khan said, “If I, as a politician, share a stage with a violent organisation, what’s wrong with that?”

This, in a nutshell, is everything that is so irksome about Imran Khan. When it comes to the democratic parties in the country, those who have suffered violence at the hands of those Imran is ready to mingle with, he is the purest man around. Imran doesn’t want the taint of their corruption — which is admittedly very real — to rub off on him. But he has no problem associating with those who have essentially declared war on the state. Imran Khan sees nothing wrong in engaging with the mastermind of the Mumbai terrorist attacks but he draws the line at those who have Swiss bank accounts.

The realities of governance have not been kind to Imran Khan and the PTI. They promised the nation the skies, but seem to be sinking in quicksand. The main problem seems to be that the party and its chairman still consider themselves as outsiders who are being barred from assuming their rightful offices by the powers-that-be. They were comprehensively defeated in the Punjab by the PML-N but still cry themselves hoarse over rigging, either because they don’t want to accept the loss or, even more alarmingly, they can’t imagine people voting against them. The rigging mantra is still being voiced even though no one outside the most diehard Insafian believes it anymore. The PTI is indignant since it has only been given one province to govern, when it has a sense of entitlement that makes it feel that the whole country should be theirs to run.

Even in Khyber Pakhtunkhwa, the one province where it actually has to deal with the realities and compromises of power, the PTI has refused to evolve. The party fell in love with its own pre-election rhetoric and believed it had been voted into power on the basis of its promise to solve the province’s, and indeed the country’s, problems within 90 days. They ignored the trend in Khyber Pakthunkhwa, where new parties are given an opportunity after old ones fail. In 2002, the MMA took over not because their puritanical platform had mass appeal but because they were the only new option. Similarly, the ANP were voted into power in 2008 because of the much-documented failures of the religious alliance. The PTI’s electoral victory was simply a continuation of the trend, since the ANP’s brazen corruption had alienated voters in the province.

The PTI doesn’t seem to realise, though, that it has been given this position of responsibility in Khyber Pakhtunkhwa because of the lack of other options, rather than its own dazzling appeal. It has resolutely stuck to its naÃ¯ve pre-election rhetoric on the overarching problem of militancy, blaming it entirely on drone strikes and the lack of negotiations with the TTP. Even as militants struck a church in Peshawar after Sunday Mass, Imran Khan kept singing the same tune. The TTP already knows that the PTI is the mainstream party most vocal in its opposition to US drone attacks and military operations in FATA. Still, there has been no respite in Khyber Pakhtunkwa — if anything the militant strikes have only grown in number and brazenness. The constant attacks, whose casualties have included PTI ministers in the provincial government, should have been enough to wake Khan up to the reality of what we face. Instead, he has demonstrated the stubbornness which many suspected would be his undoing, and kept harping on about US culpability and the need for talks.

Imran has been no less rigid on the national level, preferring to sabotage chances at constructive engagement in order to maintain the outsider position. It was this inclination of his that led to delays in the All-Parties Conference on terrorism, as Khan refused to change his schedule for the summit. That his schedule included cavorting with British royalty for an elephant-rights charity in London did not seem to dissuade him. Denouncing such moves for consensus may have worked when Imran and his parties had scant representation in parliament and could afford to be critical without presenting viable ideas of their own. Now it just makes him look clueless. 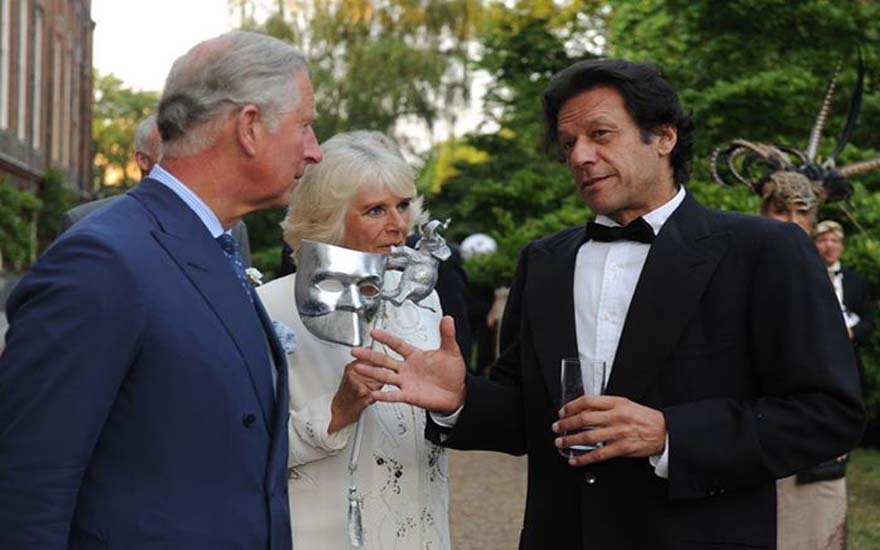 Imran has been no less rigid on the national level, preferring to sabotage chances at constructive engagement in order to maintain the outsider position. It was this inclination of his that led to delays in the All-Parties Conference on terrorism, as Khan refused to change his schedule for the summit. That his schedule included cavorting with British royalty for an elephant-rights charity in London did not seem to dissuade him.

Imran Khan may have set an arbitrary 90-day deadline to achieve tangible change, but his voters will have to be a little more patient than that. Yes, he has got off to a terrible start in Khyber Pakhtunkhwa, which only confirmed the worst fears of his critics, but he has another four years to learn and grow. During his campaign, many may have thought that he offered an alternative for dealing with the TTP, but that has now been exposed as denialism and appeasement. The outsider pose of rejecting what the mainstream parties in the country suggest will no longer convince people who have seen the reality of PTI governance. Imran Khan will have to evolve fast or he may soon become extinct.