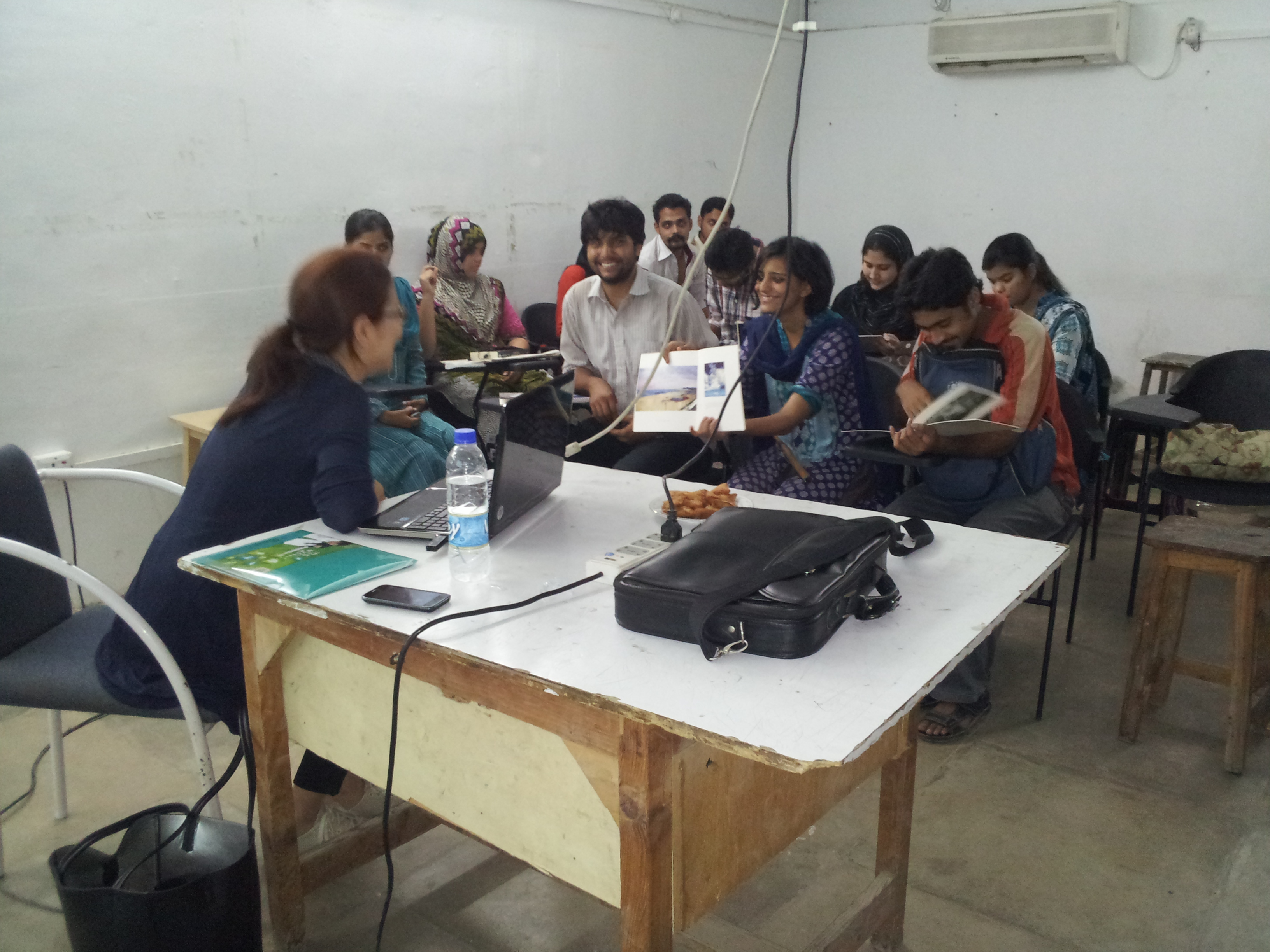 Art is universal. It transcends culture and language, and can be translated and appreciated across nationalities. This fact was illuminated when South Korean artist Kyounghee Noh visited Karachi University and shared her artworks with students of the Department of Visual Studies on November 10. The students responded enthusiastically to the paintings and sketches Kyounghee shared as they engaged in a lively discussion with her about current issues in contemporary art.

Kyounghee (who also visited the Indus Valley School of Art and Architecture and gave a similar talk to students there) did her undergraduate studies in Fine Arts from Seoul National University and went on to do her Masters from the Slade School of Fine Arts in London.

She began her talk by tracing her own journey as an artist. Her oeuvre largely consists of breathtaking landscapes of places around Korea — forests, lakes and the sea — nature at its best. These oil paintings, rendered with remarkably intricate detailing, almost look like photographs until you look closer and realise otherwise. Kyounghee explained that initially, she used to take photographs of the places she wanted to paint and then paint those images, but eventually she began relying solely on her imagination. 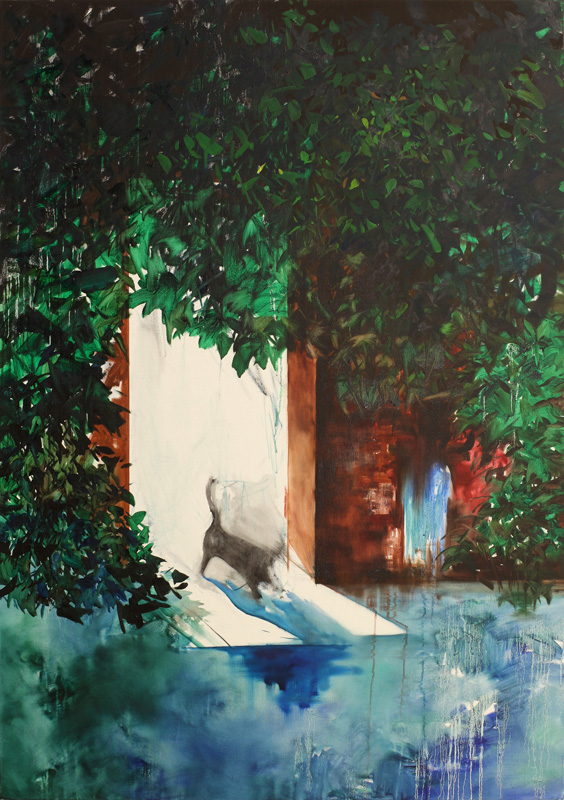 As her art has progressed over the years, it has also played with the idea of the distinction between reality and art — a theme she explained she has always been interested in. That is why some of her paintings are extremely realistic while others have a distinctly painterly look. For instance, in her painting titled ‘Glimpse Reflected,’ which depicts an opening draped with foliage and a cat wandering through it. some elements appear realistic, while others have been deliberately manipulated into looking painterly. The cat, its shadow and the light falling through the opening is blurred and distorted, representing how the line between reality and art is often blurred. In contrast, there is ‘Forest,’ a stunning landscape of a lake surrounded by trees, with a dense forest lying beyond. The details of the painting, from the reflection of the trees on the surface of the water to the way light is used to create shadows in the dark forest, are all very true to life. One member of the audience commented on the interesting way light and darkness are contrasted against one another in the painting ‘Aperture,’ reflecting a feeling of both calmness and of turmoil and uncertainty.

A possible reason for the audience’s enthusiastic response to Kyounghee’s art can be that the themes she explores, as well as the form she employs, are universal. Nature and landscapes, and the emotions they elicit, are such that everyone can identify with them instinctively.

At the end of the presentation, Kyounghee took questions from members of the audience. One student asked her opinion on how important it is to be able to justify and explain the meaning behind the art. “I believe that it is not so important to understand the ‘why’ in order to create good art,” Kyounghee replied. She explained that in contemporary art today, too much emphasis is put on the concept behind the art, while the actual art is often deemed less important, something she does not necessarily agree with. For her, it is the art itself — the techniques and skills used — that is more important. She told the students to not worry so much about having a well-thought out meaning behind something before they set out to create it.