The general belief in Pakistan is that when you cross your sixties and are classified as a ‘senior citizen,’ you are good only for sitting at home and watching television, or spending time with your grandkids and telling them stories. However, there are some octogenarians who are so active in their eighties that they could put some 50-year-olds, if not younger folks, to shame. A few of these amazing personalities are featured below.

Ghulam Muhammed Esbhani, who has only recently started using a walking stick and hearing aid, although he tries to avoid them like the plague, is 89. Not only does he still go to work every day but, until last month, used to walk back from his office in Clifton to his Bath Island residence and would stop and chat with shopkeepers along the way. It was only at the insistence of his family that he has given up this daily ritual, but he still insists on walking back once a week. However, he now takes a walk at Karachi Gymkhana every day from 6 pm to 8 pm. Once he is home, he watches television till midnight before calling it a day.

Esbhani says he gets up around noon every day, eats whatever has been cooked for lunch for the family, and then leaves for work at around 1 pm. His role at the office is a supervisory one: overseeing accounts, tenders etc., as his sons take care of the day-to-day running, although he says that no action is taken by them without his approval or consent. He also visits their factory once a month.

Fond of reading newspapers, the astute Esbhani cuts out articles or reports that may be of interest to members of his family — who invariably miss out on the news item themselves. He encourages youngsters to travel and explore the world, and till recently was an avid traveller himself. Every time there is an exhibition of machineries and textiles etc., at the Expo Centre, he makes it a point to visit and check out every stall in each of the halls, while those much younger than him get exhausted and give up. 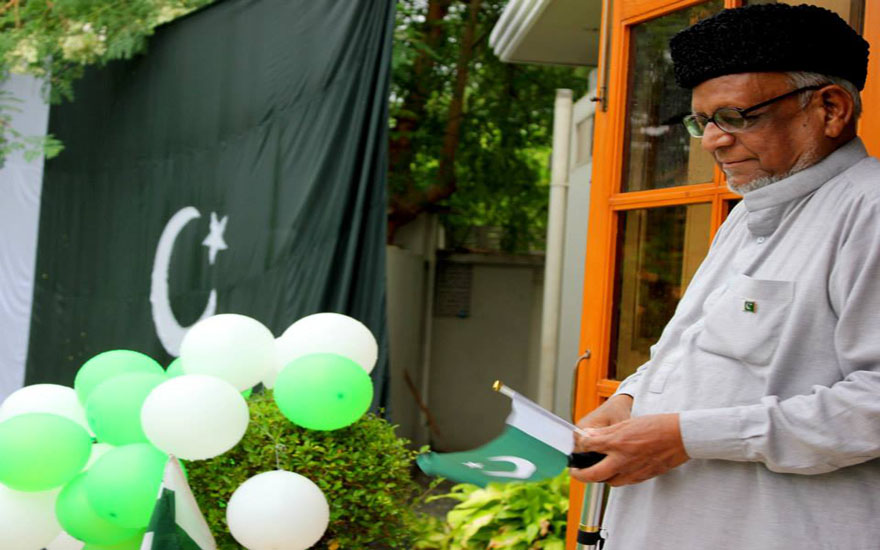 Where the heart is: Syed Faiyazuddin Ahmed writes a column for a Pakistani newspaper in Britain.

Eighty-year-old Syed Faiyazuddin Ahmad left Pakistan in 1975 and has been living in the UK ever since. His wife died in 2006 and for the past seven years, he has been living on his own and attending to all his needs himself — be it doing the laundry, ironing, cooking, cleaning, gardening or entertaining. He walks to the stores and restaurants if they are close by, but otherwise drives to his destination. Living in a welfare state where healthcare facilities are free, he gets a lot of support from the council and the community. He lives in a society that offers many facilities to senior citizens. His bus, train, air fares as well as cinema and theatre tickets are at a discounted rate or even free. There are a lot of special provisions for the elderly, so much so that the lifespan in the UK has significantly grown and people are living much longer. Recently, he was the youngest patient in his ward in Leicester; the eldest was 97, and he was very active too!

Not that Ahmad is any less active. He keeps himself busy by being involved with various organisations such as Media Watch UK and Faith Leader’s Forum, where his opinion is actively sought. Computer savvy, he surfs the net for news to keep himself updated with current affairs and also participates in e-petitions. A trustee of the Islamic Foundation and the Markfield Institute of Higher Education, he is also an active member of the UK Islamic Mission, the Muslim Council of Britain and several other organisations. People seek his opinion through emails and telephone calls the whole day, keeping him busy. He also writes columns for papers, including a Pakistani newspaper, Sachi Baat, and does reviews for the quarterly Muslim World Book Review. He has four published books to his credit — one in English, two in Urdu, and one in both English and Urdu. The last, Hoping and Coping with Cancer, is an anthology of his blogs written when he was suffering from cancer, which have been widely read and appreciated. These days, he is busy writing his autobiography. 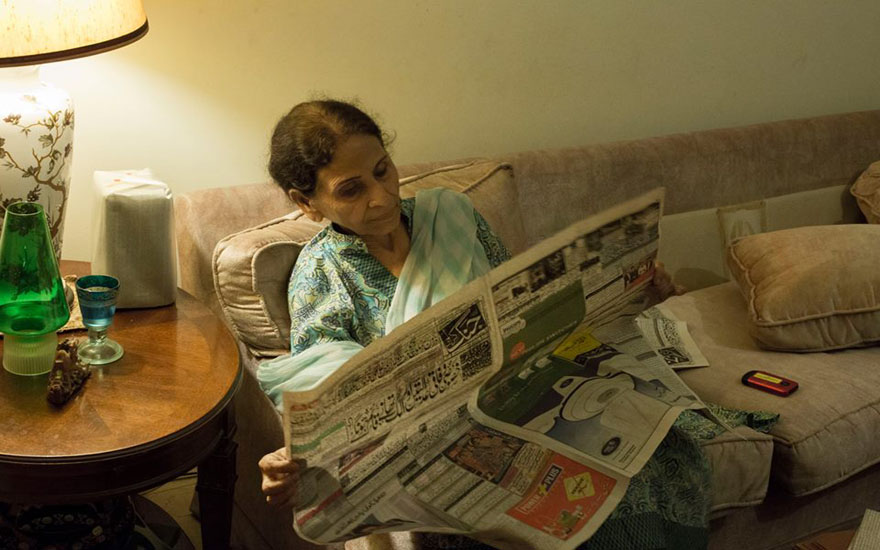 Keeping up with the times: Noor Jehan Jaffri is an avid reader of the daily newspaper.

Using no hearing aid or walking stick and boasting a great sense of humour, 81-year-old Noorjehan Jaffri laughs as she tells me that when she goes out shopping and the shopkeepers refer to her as baji, she feels more embarrassed than pleased! Known as the Good Samaritan among her friends and family members, Noorjehan — she says no one knows her by her surname — is the most sought-after person whenever anyone needs help, be it in shopping, matchmaking, seeking advice or looking for a companion when making a trip to the doctors. In fact, she says she is often asked — and obliges — to play the role of attendant and keep a nightly vigil when someone from the family is hospitalised.

Aside from preparing lunch on a daily basis, Noorjehan supervises the cleaning of her house. She says she is an avid reader of the day’s newspapers and studies them in detail. Asked if she goes for walks with the express purpose of exercising, she says she goes up and down the stairs in her double-storeyed house at least seven to eight times a day, so she doesn’t need additional exercise.

Hitting the 80 mark early this month, Safia Khairi says she spends at least one hour every day on the phone, motivating youngsters to take care of the elderly. She feels it is a shame that there is an increasing trend among young people in our society to be dismissive of their elderly and not spend time with them at an age when they need them the most. “There is no such thing as not having the time — one has to make the time,” says the lady who has made it her purpose in life to be available for those friends and relatives who are old and lonely.

Safia also keeps herself occupied with her writings — currently she is in the middle of writing two books: one is an anthology of family recipes while the other titled Meri Dunya is about her world as she knew it, so many generations ago. 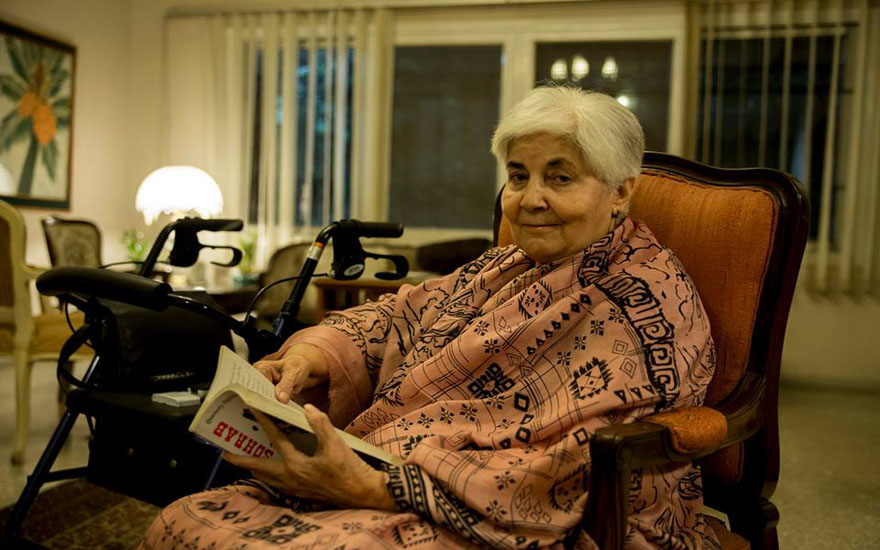 Ever young: Safia Khairi occupies herself with her writings and, occasionally, acting.

Claiming to not be “an organised person,” Safia is also trying to make things easier for her kids after she leaves this world by organising her life now. She feels children today don’t have the time to sort out the belongings of a parent who is no more, so she doesn’t want to depend on them.

Although she has not taken up any acting role in the last couple of years thanks to her frequent travels, she is hoping to do a couple of television plays soon and is looking forward to it.