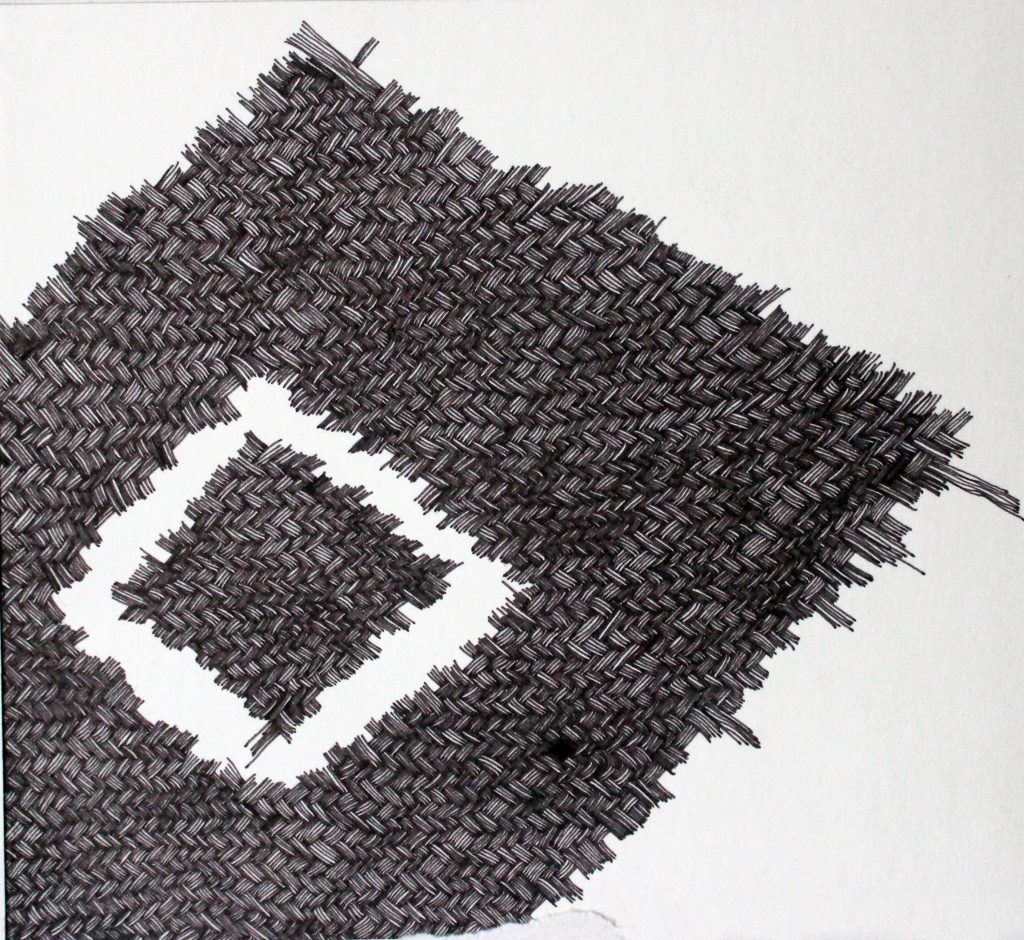 Some apparently simple objects encapsulate millennia of human history. The mats and baskets woven from dried leaves and reeds — mainstays of riverine cultures from antiquity — are among such objects. Chawkandi Art held an exhibition of thematic works by two artists from Sindh who have depicted such hand-crafted objects.

Working variously in watercolour, graphite and pen&ink, Muhammad Mujeeb Lakho and Farooque Ali Chandio have used the idiom of the woven mat and the woven basket respectively. Their mutually independent study of these objects affirms a connection with the land, an indigenous rapport with provenance. There is wonderful synergy between the works of Lakho and Chandio.

Lakho’s section studies of the versatile chattai mat, done in pen and ink, celebrate the repetition of line. The chattai is made from the dried leaves of the date palm. It uses the plain-weave pattern in which the weft strand alternates over and under the warp strand to create a chequer-board pattern. The woven mats are pliable and, with usage, they develop irregularities in the structure as the strands bunch up or move away from one another. Lakho has depicted this irregularity with precision and sensitivity. The lines of the pen follow the rhythm of the weave to create imagery with graphic appeal. There is one large panel that approximates the size of an actual mat. The shifting of lines when viewed at a larger scale creates the impression of a densely written musical score or even Kufic calligraphy.

Lakho comes from Khairpur Mir. He explains that the work of weaving mats is usually done by women in groups of two or three. The activity is also associated with a state of distress. The act of crafting can act as a palliative to anxiety and sorrow. For Lakho, his awareness of the pathos of existence is intrinsic to his drawing of the mats.

The exhibition also shows a series of hand-painted portraits by Lakho. They depict men sporting traditional turbans. The faces are shown in sharp contrast of black and white in photo-realistic detail. The wrinkles on the faces create another network of woven lines — a network wrought by time and captured by the artist. The minute detailing makes these portraits arresting to look at.

Farooque Ali Chandio is from Dadu and he teaches Fine Arts at the University of Balochistan in Gwadar. He trained in large-scale mural painting at The National College of Arts. In this show he reverts to the medium of paper to depict the flat, round baskets that hold roti. He has painted these disc-like forms centred on the paper like the pupil of the eye. They draw the viewer’s gaze as if meditating on a mandala. The baskets are rendered with frayed edges and torn segments in a manner that enhances the design quality of the image. The colour palette is limited to greys and ochres and the occasional red. Chandio uses tea washes to create the ochre tones and graphite for the greys. These are common hues used in the making of these baskets by artisans. They echo with the distant past in which ochre — a pigment derived from the earth — was used in the earliest cave and rock paintings created by humankind, and was considered to be the blood of the earth itself. 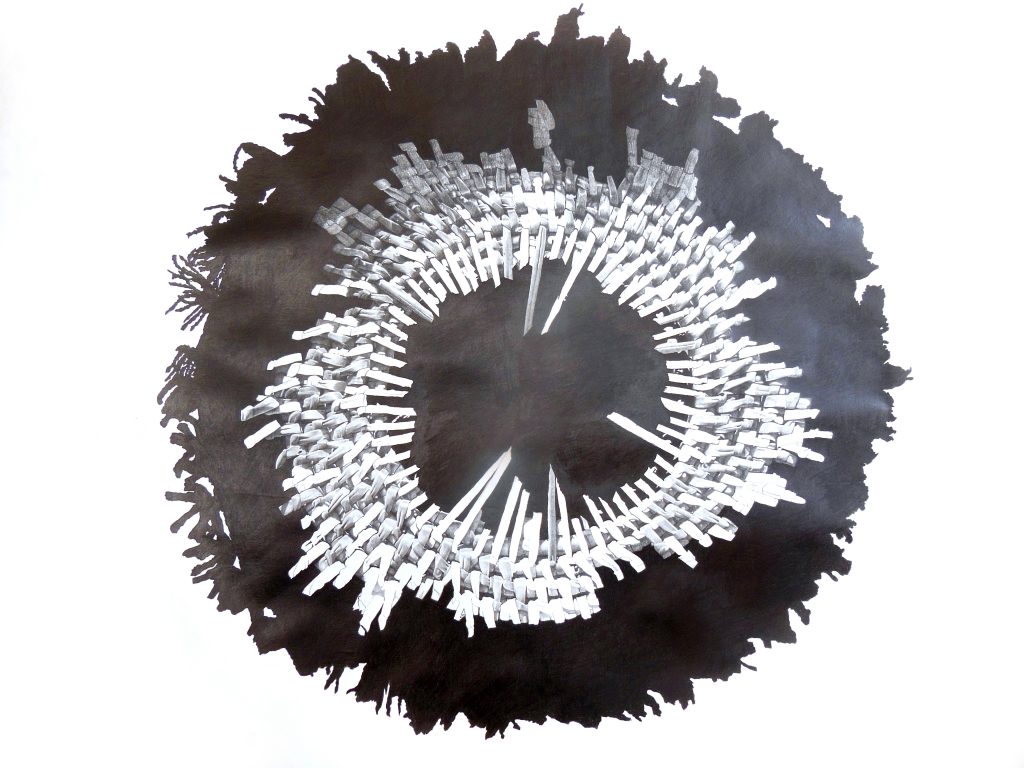 In Chandio’s personal iconography, these baskets convey the importance of nourishment, the primal quest in the circle of life. The tattered edges are symbolic of the natural decay that is an inseparable part of life. Grey areas hug the central disc. These represent shadows — shadows that embody the lingering effects of trauma, stored in memory long after the traumatic event has passed.

Chandio speaks of the powerful impression that the Indian contemporary artist Subodh Gupta has had on him. Gupta’s ethos of translating ubiquitous objects from everyday use (such as silver bowls, tiffin baskets, bicycles) into works of art is particularly relevant for the choices Chandio has made with the iconography of the basket.

The chattai and the basket — these rustic objects made from plant fiber — become symbols of the human condition and its timeless struggle to survive and bear the scars of survival because of the iconographic status imparted to them by the two artists.

Credit must be given to Chawkandi Art for showcasing talent that thrives in the hinterland of Karachi’s urban jungle. They are building bridges that integrate the communities of the Lower Indus.