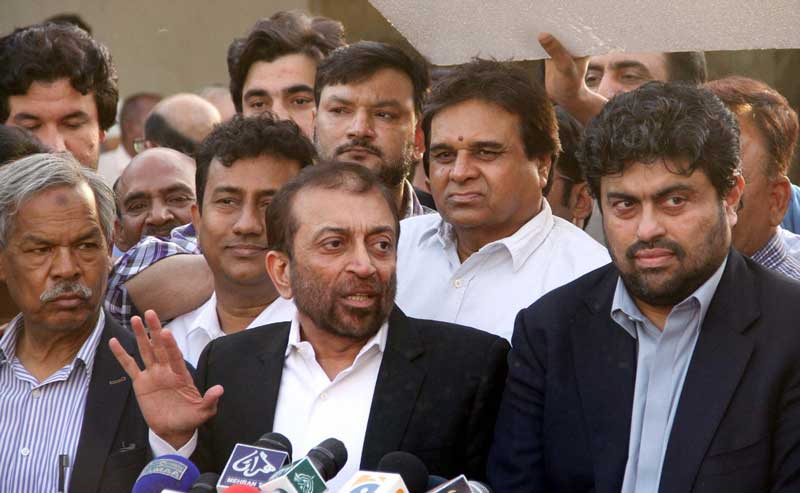 The results of the 2018 general elections in Karachi took all the political pundits by surprise. Absolutely no one predicted that the Pakistan Tehreek-e-Insaf (PTI) would emerge victorious on the majority of the 21 National Assembly (NA) seats from Karachi, winning 14, and that the breakaway factions of the Muttahida Qaumi Movement Pakistan (MQM-P), led by Khalid Maqbool Siddiqui, and the Pak Sarzameen Party (PSP), led by Mustafa Kamal, would face such a humiliating defeat.

The PSP could not win a single constituency of the NA or the Sindh Assembly, while the MQM-P won four NA constituencies from Karachi. However, they failed to win a single NA seat in three districts of Karachi – Malir, District East and District South -– and won only one constituency each in Korangi and District West and two in the District Central. Hence, its share in the NA has been reduced from 20 in 2013 (18 in Karachi and two in Hyderabad) to six in 2018 (two from Hyderabad). Meanwhile, the Pakistan Peoples’ Party (PPP) has won only three NA seats from Karachi.

The PTI win should not have come as a shock. In the 2013 general elections, PTI candidates came second to the MQM in 16 NA constituencies from Karachi and polled around 800,000 votes. These numbers did not translate into electoral victory for the PTI because the MQM margin of victory was very high, thanks to the strong-arm tactics and manipulation of the polling process by the very organised MQM electoral machinery. Despite the margin of win by the MQM, there was widespread scepticism about the numbers polled. Meanwhile, the number of votes polled by the PTI in MQM strongholds was seen by the latter as a serious threat to their unquestioned rule over the city.

The PTI started protesting almost immediately against the rigging and organised a sit-in at Teen Talwar, which got media coverage and invited the ire of the MQM supremo, Altaf Hussain. He threatened the protesters with dire consequences in a telephonic address that did not go down well with PTI supporters in Pakistan and abroad. They started calling the London Metropolitan Police, which received thousands of complaints in a couple of hours.

Then on May 19, 2013, the vice-President of the PTI’s Sindh chapter, Zahra Shahid Hussain, was killed by armed assailants outside her home a week after the general elections and (following PTI protests) just a few days prior to the re-elections on a few disputed polling stations in NA-250 (old delimitation). The murder was described by the police as an attempted robbery, but PTI chairman, Imran Khan, accused the MQM of her murder, referencing the threatening speech by Altaf Hussain. 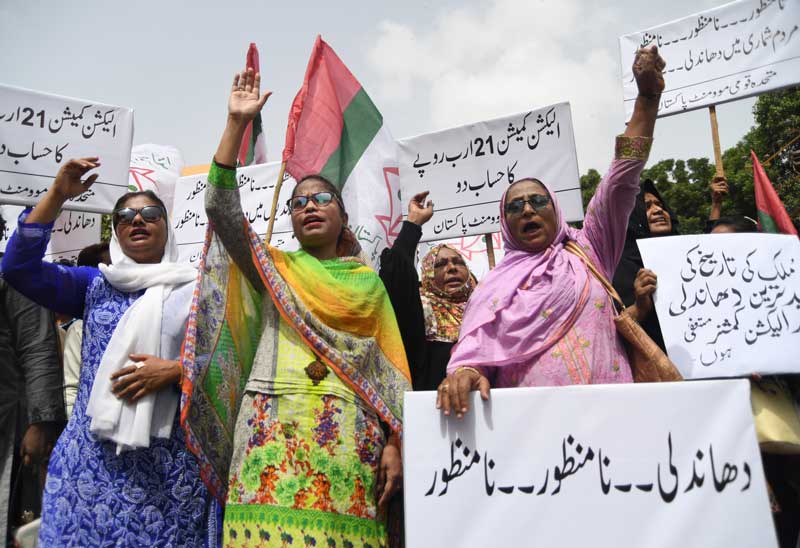 The MQM chief, safely ensconced in London, came under scathing criticism along with the British authorities, for their citizen’s incitement of violence in Karachi. This further infuriated Altaf Hussain and in a telephonic address to a gathering at party headquarters, he took the local leadership to task for what he alleged was their failure to defend him during the PTI smear campaign. Party workers beat up the party’s senior leaders and lawmakers soon after Hussain’s harangue. This humiliating incident led to a few disillusioned senior members distancing themselves from the party. Some of them (including Mustafa Kamal) went on to form the PSP in March, 2016.

The MQM downfall started from that point, and the law enforcement agencies (LEAS) operation which began in September, 2013, under the aegis of the Pakistan Muslim League-Nawaz (PML-N) government, led to further weakening of the party’s tight grip over the city as their ability to bring the city to a halt on any pretext, was challenged. During the LEA operations, the MQM offices were raided; those built on encroached lands were pulled down and hundreds of their workers were arrested. During these operations, the dead bodies of around 70 MQM workers were discovered, while more than a hundred workers are still said to be missing as per the party’s accounts.

The MQM’s narrative of victimisation in the LEAs operation, faced a severe blow when a raid on the party headquarters, Nine Zero, led to the arrests of many wanted criminals, including the accused in the murder of Wali Khan Babar, the Geo News reporter. 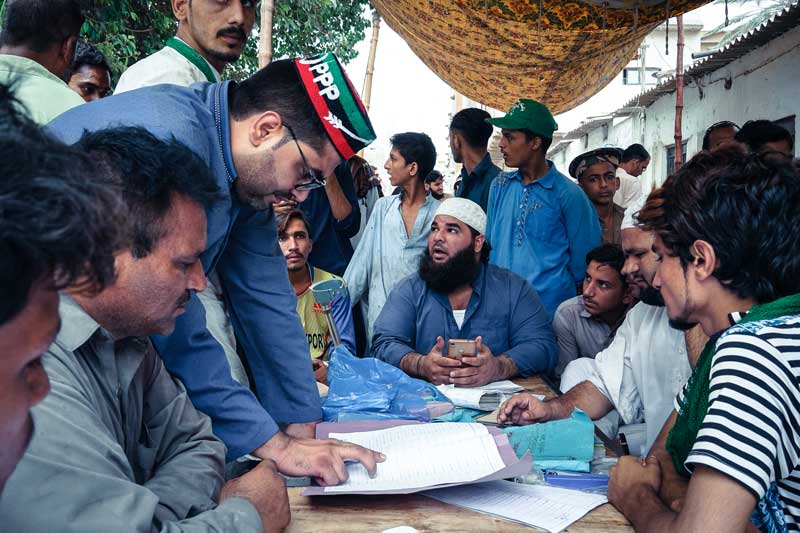 Following the results of the 2013 general elections, for the first time the MQM was not part of the coalition in the province or the centre; hence it could do little for the arrested or missing workers. Their victory in the much-delayed 2015 local bodies’ elections did not make a difference since the PPP Sindh government’s amendments to the Local Government Act left the local bodies with reduced powers and economic resources.

After the PSP was formed, many MQM lawmakers resigned from the Sindh Assembly and joined them. The by-elections on these seats, even though won by the MQM, had a very low turnout. Perhaps, this was an early sign of the diminishing support of the MQM and disillusionment among its voters, but the party maintained that by-elections always had a low turnout.

The desperation over the challenges on multiple fronts led to another outburst by Altaf Hussain, on August 22, 2016, when he raised anti-Pakistan slogans while speaking to a protest camp held by the families of missing workers outside the Karachi Press Club and the resultant attack  on a media house and related violence. The state responded with a heavy hand. Pushed into a no-win situation thanks to their leader, the MQM local leadership, led by Dr Farooq Sattar, opted to break ties with Altaf Hussain and the London Secretariat and declare himself head of the new faction, renamed as Muttahida Qaumi Movement-Pakistan (MQM-P). 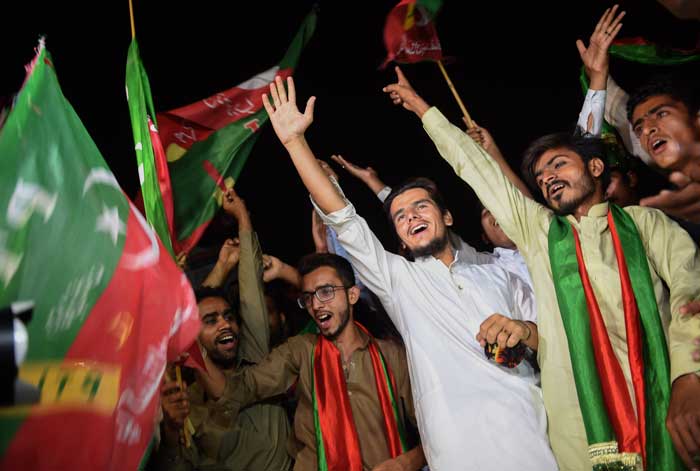 The announcement brought some relief for the MQM-P leadership, but added to the agony of the party workers who would be arrested by the LEAs and termed as the supporters of the MQM-London faction. The MQM-P wouldn’t acknowledge that those who were arrested belonged to their party. Also the MQM-P’s decision to dismantle the old party structure of Units and Sectors and base the organisation around the elected local government representatives, further alienated the hardcore party workers. They either joined the PSP, or other parties.

The PSP spun their whole narrative on the anti-Altaf and anti-MQM rhetoric, but followed the old MQM organisational structure. Based on their experience of previous elections — 2008 and 2013 — they thought, erroneously as it turns out, that they would benefit from the old party workers in their ranks. But nothing worked. The polling process couldn’t be manipulated and people had other choices.

Thus, a combination of factors led to the PTI emerging as the winner in the traditional MQM strongholds. The PSP failed miserably, while the MQM-P suffered due to the split in their traditional vote bank, thanks to the PSP.

Perhaps, yet another threat is posed by the new contender for the religious vote, the Tehreek-e-Labbaik Pakistan, which has surprisingly secured two seats in the Sindh Assembly and contributed to the MQM-P defeat by bagging thousands of votes, hence paving the way for a PTI victory.