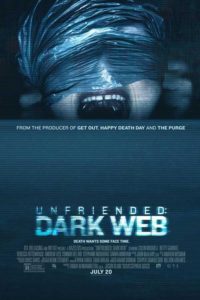 It is all but impossible to enjoy writer-director Stephen Susco’s Unfriended: Dark Web. The standalone sequel to Unfriended has little in common with the 2014 sleeper hit, other than the fact that the two movies take place on laptop screens. The original film was inventive, engaging and thrilling. The sequel is tired, boring and depressing. Inhabited by characters that are simultaneously uninteresting and foolish, it tells a story that is both bizarre and implausible. It is unable to explore the effect of technology on the lives people in a hyperconnected world.

Three factors made Unfriended a success. One, it completely immersed viewers in the online experience; two, the ghost in the movie had a personality and a sense of humour; and, three, it generated real fear. All three are missing from Unfriended: Dark Web. The online experience of the film is fake and — as the film unfolds — impossible to digest. The antagonist does not have a personality — interesting or otherwise. His ability to control the actions of others is beyond far-fetched; it is totally inane. There are no real scares in a film where the actions of thinly-etched characters are both unbelievable and inexplicable.

Matias does not explain why he needed to develop the application when he was able to communicate effectively with his girlfriend using text messages and how and where he found teenage friends who spent weekend hours playing online games. He is too busy digging into the laptop’s hard drive, logging into the social media accounts of its original owner, decrypting mysterious programs, and getting drawn into protracted engagements with villainous folks.

The hard drive contains a trove of snuff videos that the creator needs to recover even if it requires him to terrorise, kidnap and kill. The villain communicates using what seems to be a 14.4kbps modem from the 1980s and may represent a cyber cabal whose depraved cruelty is matched only by its love for Greek mythology. He eliminates the protagonists of the movie in increasingly elaborate — and mind-numbingly boring — ways.

Unfriended: Dark Web, perhaps, bites off more than it can and needs to chew. In keeping with the times, it features an interracial homosexual couple whose friends support the union. It supports affirmative action by including an Indonesian-American character in the story. It makes careful references to Camridge Analyticas’s illegal use of consumer data, gun control, Michigan’s water crisis, Iran’s nuclear capabilities, and other current topics. And, one of its characters meaningfully asks, “Why do you think Facebook and Twitter are free?”

Sadly, the film lacks the wherewithal to address the questions and issues it raises haplessly. Poor performances, a feeble plot, contrived twists and turns, weak dialogue and choppy editing make for a dull, dour viewing.

The original film turned a meagre one-million-dollar budget into worldwide revenues of sixty-four million. Made on a similar budget,  Unfriended: Dark Web made almost four million in its opening weekend and is expected to cross the ten million mark in a few weeks. This would be okay if it did not guarantee the longevity of an atrocious new genre of cinema — found-footage movies told entirely on computer screens.

Producer Timur Bekmambetov is aggressively promoting the new genre by teaching classes on making movies using what he calls “new film language,” all over the world. That we will see more films in the style of Unfriended: Dark Web is all but guaranteed. Now, that is scary.