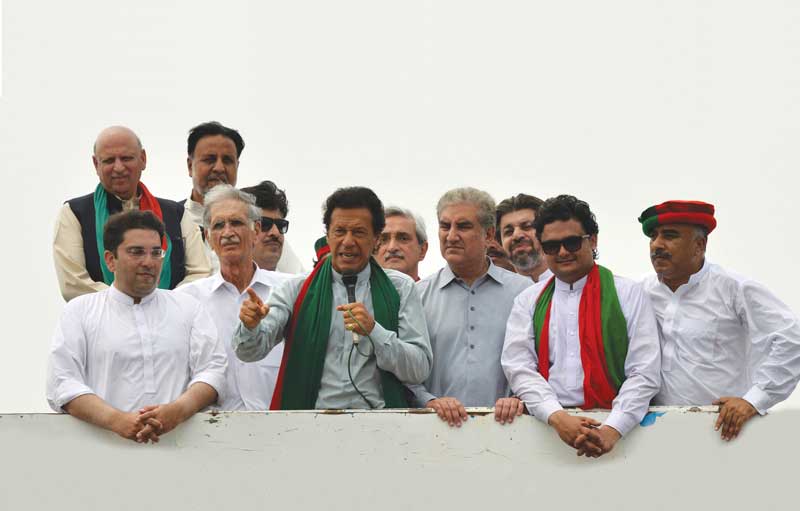 The Pakistan Tehreek-e-Insaf (PTI) not only swept the July 25 general election in Khyber Pakhtunkhwa (KP) and the erstwhile Federally Administered Tribal Areas (FATA), but attained such a commanding position in the provincial assembly that it can no longer be blackmailed by coalition partners or pressure groups within its own ranks.

Its two-thirds majority in the KP Assembly has enabled it to form the government without any ally, deal with the feeble opposition on its own terms and legislate as it deems fit. Never in the past has a ruling party been so dominant in the province, where weak coalition governments had become the norm.

The PTI won 66 out of 97 seats for which elections were held. Polling in two constituencies were postponed due to the deaths of ANP candidate Haroon Bilour and PTI’s Ikramullah Gandapur in terrorist attacks. Nevertheless, the party is on course to form a stable government. Three independents, elected from Kohistan district, have already joined the PTI and the remaining three from other parts of the province may follow suit, adding to the party’s already formidable strength.

On the basis of its numerical superiority in the provincial assembly, the PTI will be able to secure the election of 16 candidates on the 22 seats reserved for women and on both the reserved seats for minorities. One PTI minority candidate, Wazirzada, will make history by becoming the first person from the 4,000-member-strong ethno-religious Kalash community of Chitral to become an elected lawmaker. His election has led to wild celebrations among the Kalash, who are known for their unique cultural and religious customs.

In the elections for the 39 seats of the National Assembly from KP, PTI won 30. It also won six of the 12 National Assembly seats from FATA. It is the first time that a political party has won so many seats in the tribal region where political parties have been traditionally weak and tribal elders and wealthy individuals contesting as independents have been strong. On the strength of the number of National Assembly constituencies it has won, the PTI would secure up to eight reserved seats for women. 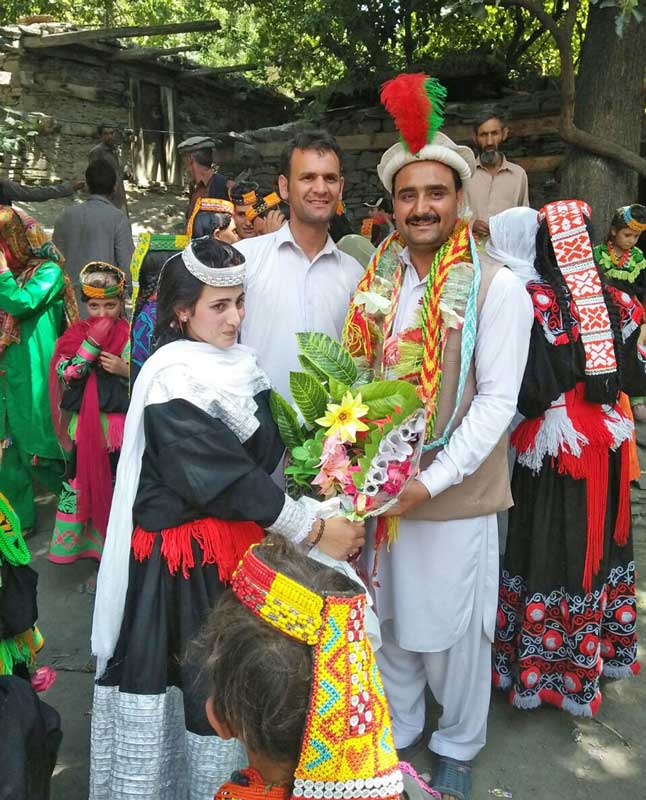 Cause cÃ©lÃ¨bre: Wazirzada, the first person from the Kalash community to become a legislator.

The PTI victory was so dominant that the Muttahida Majlis-e-Amal (MMA), which was hastily formed before the July 2018 polls to consolidate the votes of the five religio-political parties and win a few extra assembly seats, won only three National Assembly and 10 KP Assembly seats. All leading MMA candidates, including its head, Maulana Fazlur Rahman, and deputy leader Sirajul Haq, were defeated in their strongholds by little-known PTI contestants.

As was the case in the 2013 general election, the ANP won from just one National Assembly constituency,  while former chief minister, Ameer Haider Hoti, retained his Mardan seat. Its central President, Asfandyar Wali Khan, suffered defeat for the second consecutive time from his native Charsadda. He had lost to MMA’s Maulana Gohar Shah in the 2013 polls and to PTI’s Fazal Mohammad Khan in the recent elections.

The ANP fared slightly better in the polls for the KP Assembly, winning six seats this time compared to five in the May 2013 general election. Meanwhile, the PPP’s decline in KP continued as it failed to win a single National Assembly seat from the province. The one seat it won was in the former FATA tribal district of Kurram. And that was because Sajid Hussain Turi, who had won the seat in the last election, contested on a PPP ticket this time round. The party had won five provincial assembly seats in 2013, but five years later could only bag four.

PPP chairperson, Bilawal Bhutto Zardari, was fielded from NA-8 Malakand — known as a ‘mini-Larkana’ in party circles — with high hopes, but he lost to PTI’s former lawmaker, Junaid Akbar, by a wide margin. Other top PPP candidates also tasted defeat at the hands of mostly unknown PTI nominees.

The Qaumi Watan Party (QWP) founded by two-time chief minister and former federal interior minister, Aftab Sherpao, was wiped out in the election. It used to win enough seats — on average about 10 — in previous elections and join the ruling coalitions. At times, the QWP was indispensable for parties seeking allies to gain a majority in the provincial assembly. It failed to win a single seat this time and was thrown into the political wilderness. For the first time in years, Aftab Sherpao won’t be sitting in the National Assembly after losing his Charsadda seat to PTI’s unknown first-timer, Malik Anwar Taj. His son, Sikandar Sherpao, also lost his provincial assembly seat to Khalid Khan Mohmand, who had quit the QWP to join the PTI.

The unprecedented electoral performance by the PTI enabled Imran Khan to reject demands by party stalwart, Pervez Khattak, to be reappointed as chief minister of KP. The former tried every trick in the book to force Khan to accept his demand, including convening a meeting of MPAs without the consent of the party’s secretariat and threatening to quit not only the PTI, but politics.

He claimed to have declined offers by the party leadership to become president of Pakistan, speaker of the National Assembly and interior minister, because he wanted to continue working as chief minister to complete his reforms agenda in KP. When none of his tactics worked, Khattak denied any grouping in the party and said he would accept Imran Khan’s decision regarding the post of chief minister.

Though Imran Khan said he has finalised the name for the post, it has not been disclosed as efforts are still being made to persuade Khattak to keep the National Assembly seat he won from Nowshera and give up his two KP Assembly seats. The idea is to shift him to the centre, where he will be offered a position in the federal government. In all likelihood, former provincial minister Mohammad Atif Khan, who won praise from Imran Khan for conceiving and implementing reforms in the education sector, will be the new chief minister.

The third candidate for the job was former speaker of the KP Assembly, Asad Qaiser, who, unlike Khattak, will not create problems for the PTI and Imran Khan if he is overlooked. He was the frontrunner for the office of chief minister in 2013, but had stepped aside when Imran Khan asked him to make way for the more experienced Khattak. He was made Speaker of the assembly.

The PTI took the right decision to fly solo instead of making an electoral alliance or seat adjustments with other parties. It would not have gained anything. On the contrary, it would have benefited parties such as the Jamaat-e-Islami (JI) or Maulana Samiul Haq’s JUI-S. The former is on the decline and the latter has no real vote-bank anywhere in the province.

Seemingly, the PTI took a risk. It did not have any real partner to form a coalition government with. But the risk paid off as the party emerged as the 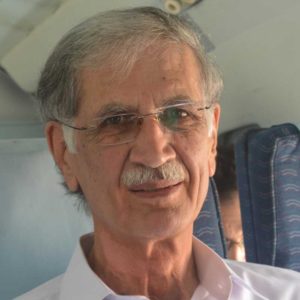 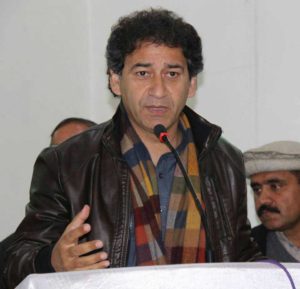 majority party in the election.

The PTI government in KP would have a sympathetic PTI-led federal government this time to support its projects, unlike in the previous term, when the PML-N government in the centre favoured the party’s government in Punjab at the expense of the smaller provinces. Being in the driver’s seat in the federal and provincial governments, the PTI government will be in a better position to complete FATA’s merger with KP and implement the comprehensive reforms agenda for the tribal districts. Moreover, it will have no excuse this time round for not being able to deliver.

The electorate in KP went against their tradition of not voting for the incumbent ruling party for a second term, by giving a mandate to the PTI once again — and that too, overwhelmingly. There are many reasons why they did not adopt the same strict standards by which they made the ruling MMA and the ANP-PPP coalition accountable in the 2008 and 2013 general elections, respectively.

Although the PTI government did not fulfill all the promises they made and the ‘change’ wasn’t always visible, the voters acknowledged that it made a real effort by introducing reforms in education, healthcare, police and other sectors.

There was no scandal involving the PTI leadership and its ministers, even though certain allegations were made and the National Accountability Bureau (NAB) has ordered inquiries. Third, the voters felt the PTI deserved a second term in the hope that they would be able to form a government in the centre as well, and they would be in a position to perform better. There was no real alternative to the PTI, which exists province-wide, unlike the other parties that are restricted to certain parts of KP,  and which have been tried and tested in the past and failed.

There are allegations of rigging by almost all the parties, as they didn’t expect such a major defeat at the hands of the PTI. The Election Commission of Pakistan, the judiciary, the military and the caretaker government, have all been accused of favouring the PTI and enabling Imran Khan to become the prime minister. However, as far the majority of voters in KP are concerned, they had voted for the PTI in the 2013 election too (when rigging allegations had been made by the PTI itself) and it is clear that they cast their vote in favour of Imran Khan once again.