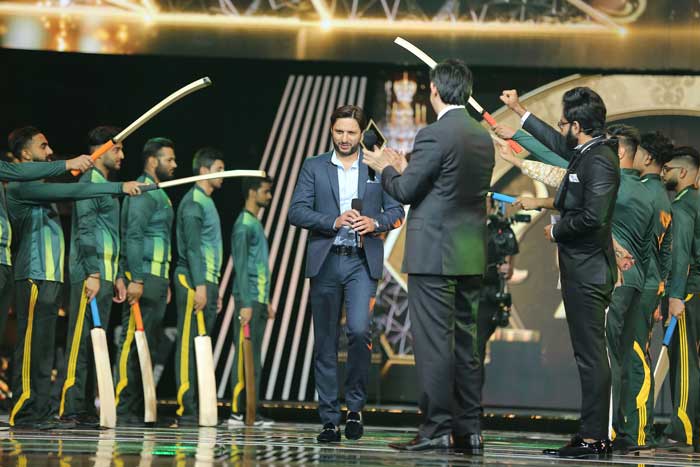 The HUM TV Awards just got bigger and better. And moved to the West. Canada to be more precise. A country that is proud of its multicultural diversity. The 6th Kashmir Hum Awards were held on July 28 at the FirstOntario Centre in Hamilton. Besides providing the venue, the city also provided the accompanying dance troupes and countless other services.

There was an initial backlash to deal with back home following the news of Pakistani stars leaving the country just a few days prior to the  election day. Farhan Saeed and Imran Abbas were amongst the many who called out their fellow actors for not voting, but at least two of them, Bilal Khan and Vasay Chaudhry, flew back to Pakistan to cast their votes. Hum TV released an official statement on July 26, clarifying that the date for the show had been set ‘at least six months in advance,’ and only a handful of artists had been asked to fly in earlier for rehearsals. 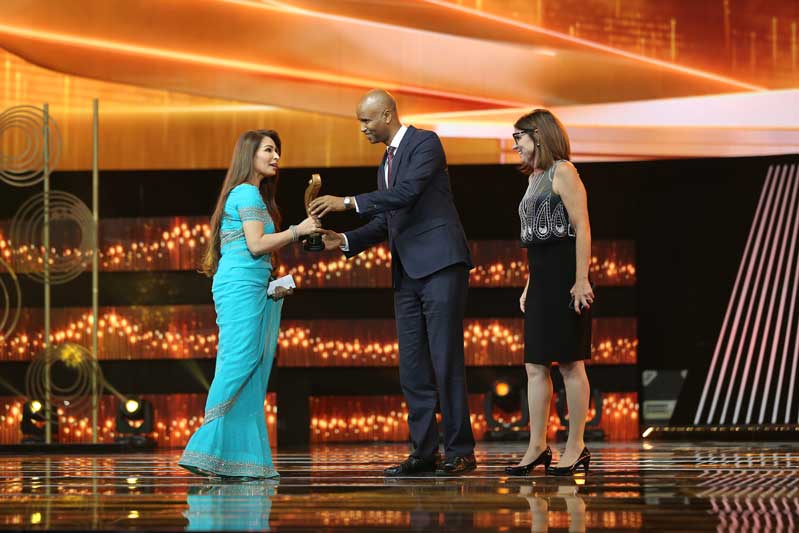 The controversy did not deter Hum TV fans in Canada from crowding the venue on the day of the awards show, carrying flowers and small Pakistani flags, to greet and take selfies with the famed personalities they often saw onscreen. Mahira Khan, Fawad Khan, Atif Aslam, Sajal Ali and Ahad Raza Mir appeared to be most popular among the fans.

With live updates from Twitter, Facebook and Instagram, fans from across the world were privy to the electrifying atmosphere from the moment the celebrities hit the red carpet – and were interviewed by hosts Ali Kazmi, Ainy Jaffri and Saheefa Jabbar – till they entered the hall. The performances and accolades presented at the show celebrated the best of Pakistan’s talent in the music, film and fashion industry.

The Hum Awards kicked off on a high note, with a rendition of the Pakistan national anthem by Pakistan’s best – Reema Khan, Humayun Saeed, Mahira Khan, Shahid Afridi and Atif Aslam. This was followed by the Canadian national anthem. Hosts Sanam Jung and Mikaal Zulfiqar then took  the stage to welcome the attendees and introduce the awards show. 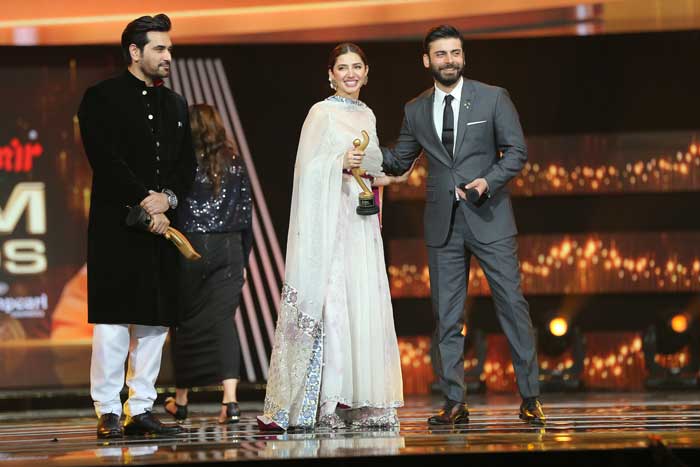 An extravaganza followed, with stellar performances that were a testament to the vibrancy of Pakistan’s entertainment industry. Ali Rehman and Yasir Hussain danced to the popular song, ‘Chief Sahib,’ after which Hamza Ali Abbasi, Ahad Raza Mir, Hania Amir, Kubra Khan and Shaz Khan performed to visuals and music from the in upcoming feature Parwaaz Hai Junoon, followed by an introduction to the cast and the movie’s trailer. Then followed the awards.

The Excellence in Cinema Award was presented by Ahmed Hussen, the Canadian immigration minister, to veteran star Reema Khan for her contribution to the cinema industry. 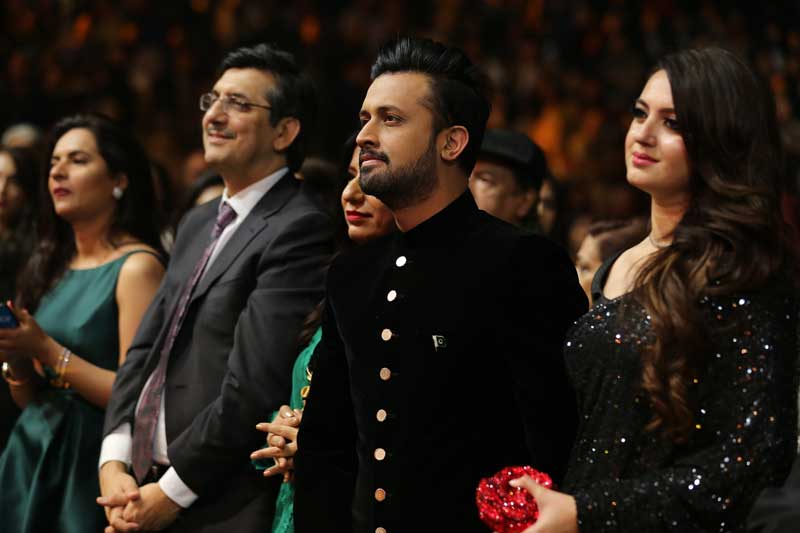 Mahira Khan and her troupe followed, setting the stage alight with their energy as they danced to well-known songs — ‘Zalima,’ ‘Urhi Urhi,’ ‘Ballay Ballay’ and ‘Jawai Noon’ — all from her movies. After the awards for Best Original Soundtrack, Most Impactful Character in a Serial, Best Actor in a Negative Role and Hum Icon of the Year were presented, the superstar of the music industry, Atif Aslam, came on stage and brought the house down with riveting renditions of his greatest hits. He was followed by Bushra Ansari and Hum Network President, Sultana Siddiqui, who took the stage to present the Excellence in Humanity Award to Masarrat Misbah.

Dance performances by Mikaal Zulfiqar and Hareem Farooq, Humayun Saeed and Kubra Khan were followed by the Viewers’ Choice Awards. The evening concluded  with a performance of ‘Aasman Ko Chootay Jayen Hum.’ Attended by a crowd of 15,000, mostly Pakistanis and a few Indians, the Hum Awards presented Pakistan’s best face forward — beautiful, talented and articulate actors, dazzling outfits, mesmerising performances, witty banter and punchy comedic pieces. The event will soon be aired on Hum TV Network for a global audience.