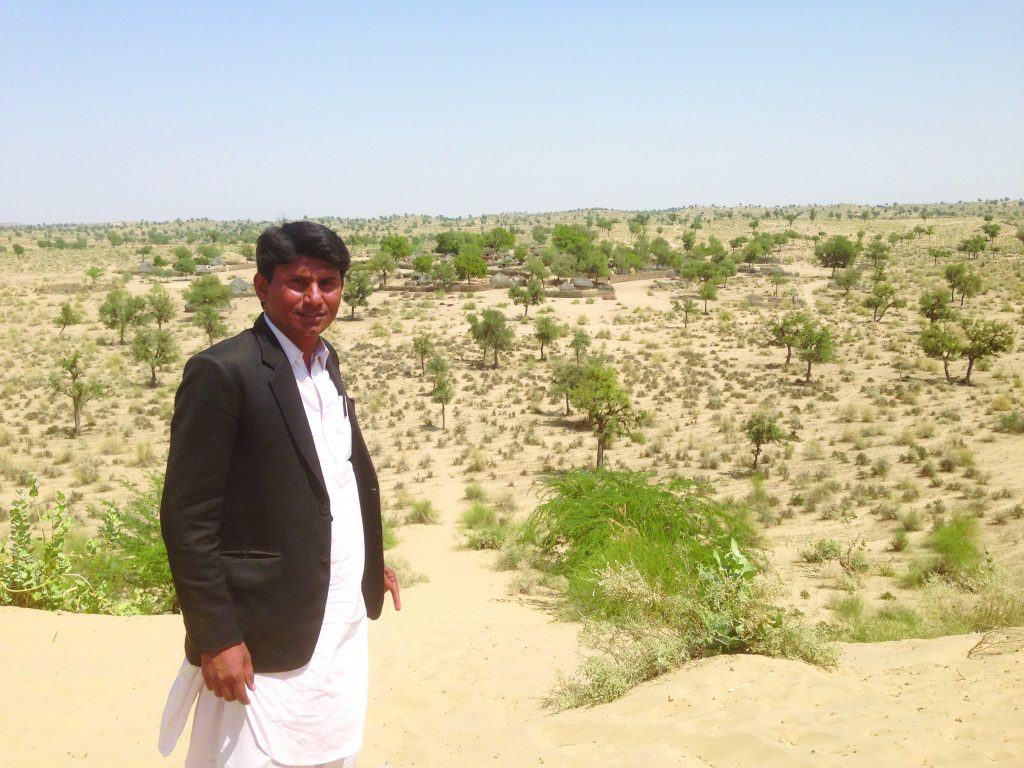 From child bonded labourer, to, by all accounts, the victim of a huge miscarriage of justice — an erroneous accusation of murder, and a case that is still pending — to social activist, lawyer and environmentalist, Veerji Kohli’s life story reads like an inspirational book. In the latest chapter, he has been elected chairman of the Union Council Behrano, Nagarparkar, Tharparkar.

Nagarparkar is a thirsty land, dependent solely on the mercy of the rains. So during times of climatic adversity, thousands of families migrate to more benevolent pastures. The narrative of Veerji’s life starts during one of the migrations, when, in a time of drought, his family travelled to a village near Jhuddo, Mirpur Khas, where they found work with a feudal lord. When they sought to leave, they were told by the landlord’s henchmen that they had incurred a debt of Rs. 62,000.

This was in 1988 — Kohli was 12 years-old — and Rs. 62,000 represented an impossible sum for his family to pay. It took four years for him to find his freedom with the help of his uncle and Shakil Pathan, a social activist in Hyderabad, who was renowned for his work in helping people overcome modern-day slavery. Recalls Kohli, “My childhood was extremely traumatic. It was as though life did not belong to me.”

Following his release from the bonding, Kohli worked as a clerk under the guidance and protection of Muhammad Nawaz Arain, a policeman who took him under his wing, and who supported and encouraged Kohli’s education. Fortune favoured him: Dr Fouzia Saeed, the executive director of the Lok Virsa, next became his mentor, and urged him to study law to better engage with the system and learn how to stand up to oppression. But even being a practioner of the law did not shield him from a flawed judgement. In 2011 he was accused of the murder of Saleh Shoro, a member of another tribe from Nagarparkar. Kohli maintains — and most people from his area concur — that it was his activism that had earned him the ire of the feudals and they had set him up. While Kohli got bail, the case remains pending.

Last year Meena Gabeena, Pashtun environmental and human rights activist, became his ally, and they have since worked closely together on myriad renewable energy projects in Tharparkar. Today Nagarparkar is a shining example of renewable energy (they have adopted solar power) and community welfare.
With the help of Development Awareness & Management of Natural Resources (DAMAN), and other activists, Kohli, in his first year as a government official, has also been responsible for the construction of five schools, three medical dispensaries and one first aid medical centre. Additionally, he has had a mechanical wheat grinder installed free of cost, for the women of the area. That spares them having to do the grinding manually. He mentions that this has all been achieved even before the allotment of the budget!

Kohli says his most fervent desire is to fulfill his election promise to his voters: to make their village a model one.

Kohli firmly believes that humanity transcends borders of faith, caste and creed and his non-partisan work across the inter-faith community he represents, bears ample testament to this.