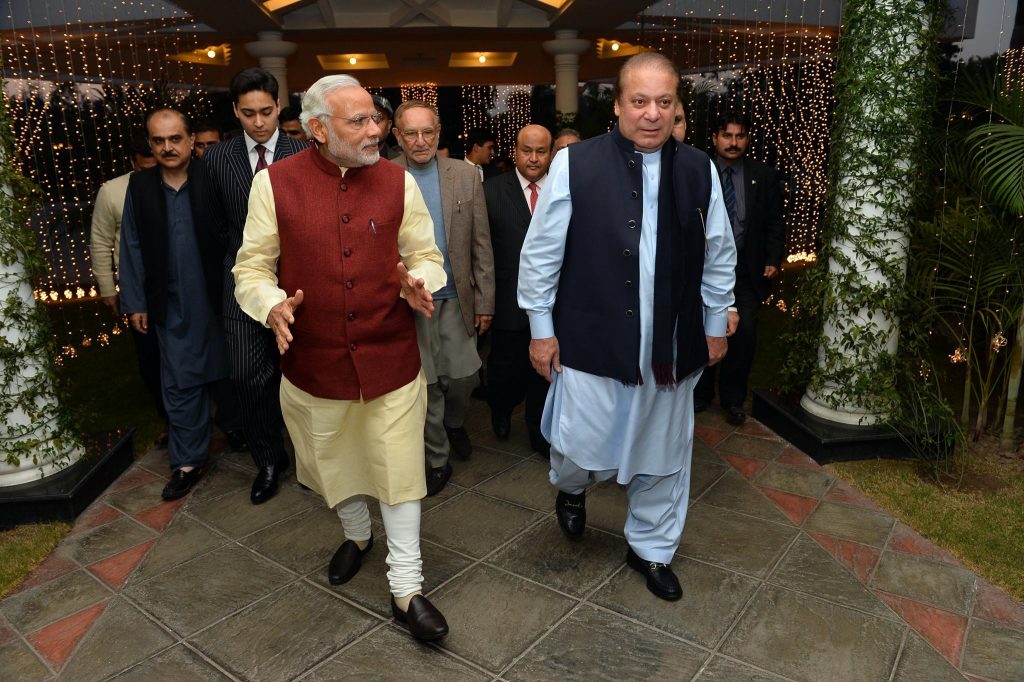 Indian Prime Minister Narendra Modi landed in Pakistan on December 25, 2015, to wish Prime Minister Nawaz Sharif on his birthday and attend his granddaughter’s wedding ceremony. After a tense year, the Indian premier ‘dropping by’ in Lahore, on his way back from Kabul, was perceived as heralding a major shift in Indo-Pak ties. Reports that the Pakistan Army had, at the very least, acquiesced to this meeting that could have signalled a policy shift, added further impetus to regional optimism.

On New Year’s Eve, there was an attack on the Indian Air base at Pathankot. The Indian Intelligence agencies traced the attack to Jaish-e-Muhammad’s (JeM) hub in Bahawalpur, while Syed Salahuddin had claimed responsibility for the Pathankot raid. Salahuddin is the chairman of the United Jihad Council (UJC), a jihadist coalition which includes, among others, the JeM. UJC allegedly has the backing of the Pakistani establishment vis-Ã -vis the Kashmir jihad. It was the death of Burhan Wani, commander of another, UJC affiliate Hizb-ul-Mujahideen (HuM), in July that instigated the violence in Kashmir, resulting in a permanent Indo-Pak standoff. It eventually culminated in September’s Uri attack, bringing India and Pakistan closest to a war in years.

Two weeks after the Pathankot attack, Tehreek-e-Taliban Pakistan’s (TTP) Tariq Geedar faction raided the Bacha Khan University in Charsadda, in the second high profile terror attack on an educational institute in little over 12 months, following the APS attack in December 2014. In the aftermath of the Bacha Khan University attack, the then DG ISPR Lt Gen Asim Bajwa tweeted that the then Army Chief Gen Raheel Sharif is not seeking an extension and will retire as per schedule in November. The announcement had come at a time when there was increasing public sentiment in support of Gen Raheel Sharif’s extension, with petitions being filed in high courts for the same.

A couple of days before the Bacha Khan University raid, Prime Minister Nawaz Sharif and Gen Raheel Sharif went to Riyadh and Tehran on a ‘reconciliation’ visit between Saudi Arabia and Iran, who were at diplomatic loggerheads following the hanging of the influential Shia cleric Nimr al-Nimr in Saudi Arabia. 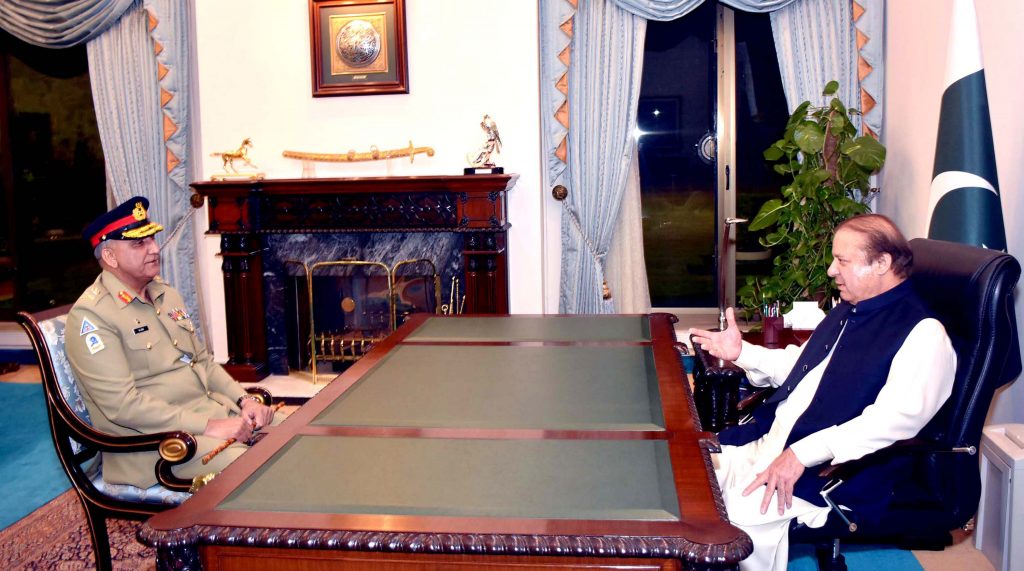 While relations with India continued to deteriorate in the first quarter of 2016, as Pakistan captured an alleged RAW spy, Kulbhushan Yadav, from Balochistan in March, the Panama Papers in April further added pressure on the prime minister, whose family had been named in the leaked documents, and are being accused of owning offshore entities through tax evasion, by the opposition.

Pakistan Tehreek-e-Insaf (PTI) Chairman, Imran Khan, took up the Panama Leaks cause to launch his second movement to dethrone Nawaz following 2014’s four-month Islamabad sit-in. The movement seeking Nawaz Sharif’s resignation eventually culminated in Khan calling off his planned lockdown of the capital in November, and agreeing to wait for the Supreme Court’s verdict on the case.

In October, a month before the scheduled lockdown and Gen Raheel Sharif’s retirement date, a Dawn report highlighting a rift between the civil-military leadership over how to deal with jihadist outfits further underscored tensions between Rawalpindi and Islamabad. While the PM House repeatedly denied the report, and the government even put the reporter, Cyril Almeida, on the Exit Control List, the Dawn leak, coupled with the PTI campaign in Islamabad, and rumours of General Raheel Sharif seeking an extension, meant that November was going to witness the decisive showdown. 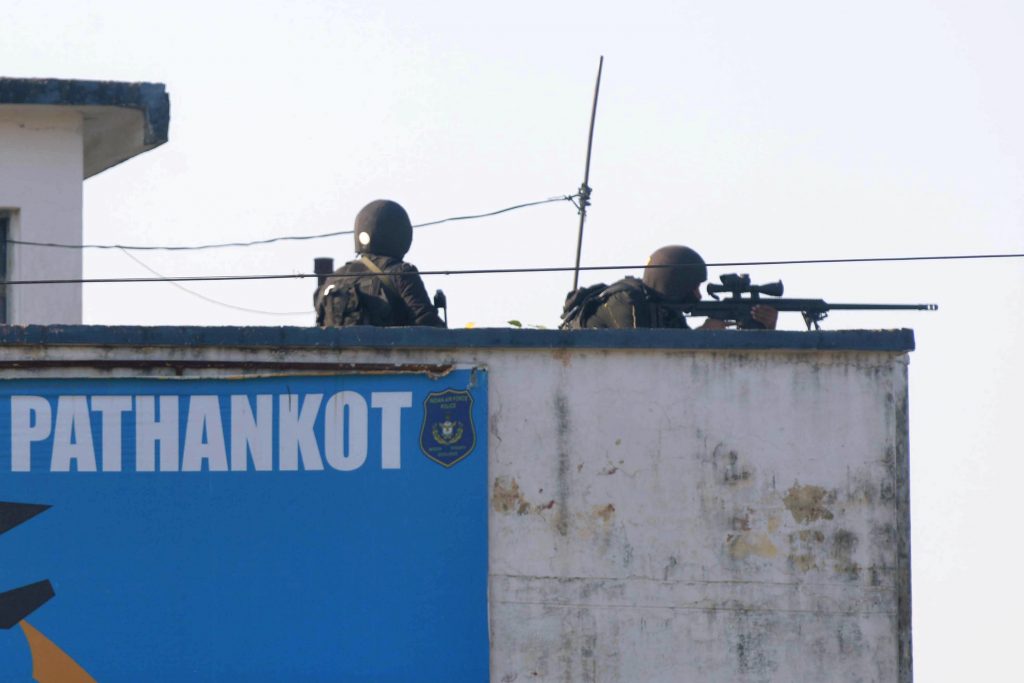 “As always the new army chief’s appointment has been made keeping the civil-military stand-off in mind,” says a senior army officer wishing not to be named. “This results in the worthier candidates being neglected as the civilians seek to regain lost ground on multiple fronts. Even Raheel Sharif’s appointment was made with similar goals in mind. And personally, he had no desire to take over any political space.”

“Former army chief Raheel Sharif wasn’t pursuing political power,” agrees political analyst Hasan Askari Rizvi, author of The Military and Politics in Pakistan: 1947 — 1997. “All military assertions came from the sidelines and were exacerbated by the ministers going overboard in their critique of the establishment.”

Defence analyst Lt Gen (R) Talat Masood believes that after the ups and downs of the year 2016, the appointment of Gen Qamar Bajwa will help in correcting the civil military imbalance. “Prime Minister Nawaz Sharif has taken great care in the selection of the new army chief and I think it’s also going to improve the confidence between the two institutions,” he says.

In light of the Dawn leaks, Lt Gen (R) Masood believes that Gen Qamar Bajwa would be much more restrictive of jihadist groups. “He will not let them be an influencing factor in Pakistan’s foreign policy, which damages Pakistan’s reputation and creates problems for interstate relations — and not just with India, but with Afghanistan and the US as well.”

Hasan Askari Rizvi, however, says that even the civilian leadership would not be willing to go after jihadist groups in the Punjab. “One year before the general elections, the government might not be willing to target these groups which boost their vote bank in the Punjab,” he says, adding that any change in policy under the new army chief would be visible after January, once he settles down in his new role. “Operations in Karachi and the Punjab would be his foremost consideration to begin with.” 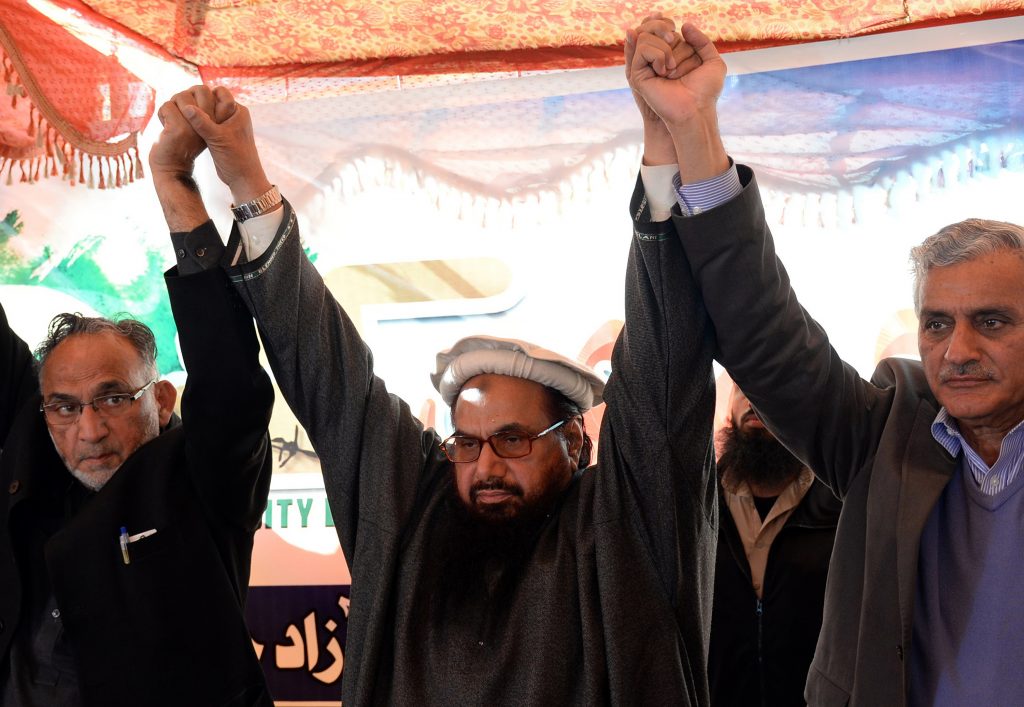 A Punjab-based senior army official says that not only are Kashmir-bound jihadist groups, like the Jamaat-ud-Dawa (JuD), a force to reckon with in terms of the support they enjoy locally, but the Indian forces’ atrocities in Kashmir make their fight a just cause. “The groups affiliated with UJC, including the JuD, JeM or HuM, are not targeting Pakistanis. Why would anyone who has Pakistan’s interests in mind want to target these groups? Since when did the fight for freedom in Kashmir become terrorism?”

The army officer adds that the plight of Kashmiris will always dictate relations between New Delhi and Islamabad and, in turn, the civil-military ties in Pakistan. “No matter who heads the army, the institution’s stance vis-Ã -vis Kashmir will remain the same,” he maintains.

However, Rizvi believes that the government has reason to enter 2017 with confidence, given how the last year ended for them. “The new appointments in the army — not just those of the army chief but the ISI chief as well, would give the Nawaz government confidence of having better relations with the establishment,” he says. “As far as improving ties with India is concerned, if Nawaz really wants to do that, he would have to dispel the impression that he has a vested business incentive in bringing New Delhi and Islamabad closer.”