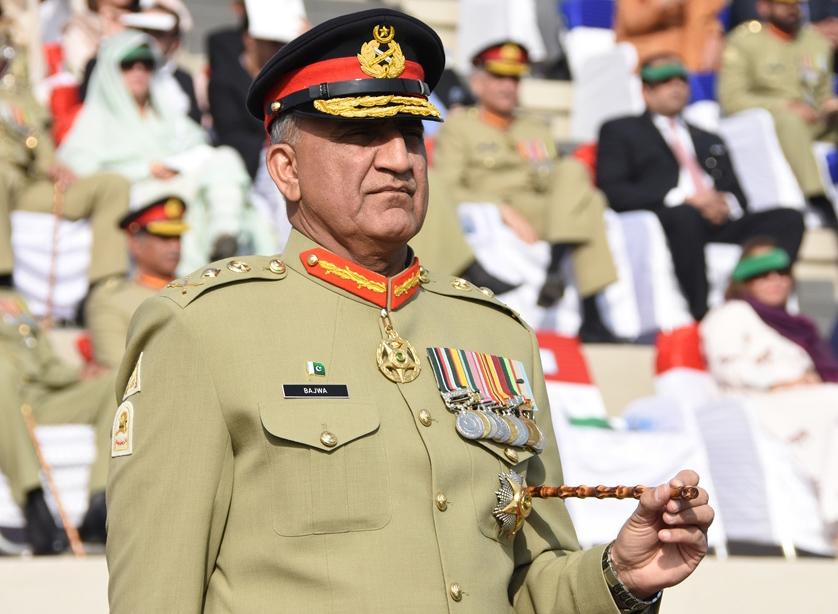 Soon after assuming command on November 29, the Pakistan army’s new chief, General Qamar Javed Bajwa visited the two forward positions where his troops are actively engaged in defending the country from foreign and local threats.

His decision to visit the Line of Control (LoC) in Kashmir and the Federally Administered Tribal Areas (FATA) ahead of other command formations wasn’t surprising, considering the fact that more Pakistani troops are deployed there than anywhere else in the country. Besides, the Kashmir issue remains unresolved 69 years after Pakistan’s independence due to Indian intransigence, and FATA is still not fully stable because local and foreign militants, now mostly based across the border in Afghanistan, remain a constant threat.

General Bajwa’s first visit was to the forward posts near the LoC in Kashmir, which fell under his command when he served as the commander of the 10th Corps, the largest in the army, and responsible for security of the federal capital, Islamabad, where governments are formed and broken. In the past he had served in the adjoining Gilgit-Baltistan area bordering China and India and is, therefore, familiar with the dynamics of this whole strategically significant mountainous region.

During his visit, he delivered a clear message that any Indian aggression against Azad Jammu and Kashmir — and for that matter anywhere else in Pakistan — would be swiftly retaliated against. His remarks were important considering the Indian claims that it carried out ‘surgical strikes’ in Azad Kashmir, to avenge the attack by Pakistan-backed militants on its army base in Uri, in India-administered Jammu and Kashmir — even though there was no evidence of such strikes. However, New Delhi could attempt such a misadventure in future. The tension between India and Pakistan has subsided because the firing across the LoC has almost stopped, but there has been no breakthrough in the resumption of talks or any effort to resolve even one of the several unresolved issues that have strained Indo-Pak relations since independence from British rule.

A visit to FATA, particularly to North Waziristan, bordering Afghanistan, had to be one of the top priorities of the new Chief of Army Staff (COAS). He met his soldiers and was updated on the security situation and army-run development projects. His predecessor, General (Retd) Raheel Sharif used to visit the FATA frontlines almost every month to be with his men deployed in a dangerous and harsh terrain. He had also made it a point to spend Eid with the internally displaced persons (IDPs) to cheer them on such rare happy occasions, knowing pretty well that the once proud tribespeople have suffered pain, displacement and loss of livelihood.

The Pakistani military has been fighting against militants of all hues and colours in FATA since the autumn of 2003, when the first action was ordered in Kaloosha near Wana in South Waziristan. The troops’ deployment had taken place even earlier, in December 2001 in the Khyber and Kurram tribal agencies on a request by the US to intercept al-Qaeda and Afghan Taliban fighters fleeing Tora Bora in Afghanistan’s Nangarhar province to seek refuge in Pakistan. The military has made steady progress by launching operations in all seven tribal agencies and also the six Frontier regions, though the achievements have come at a heavy cost of blood and tears. The Zarb-e-Azb military operation in North Waziristan and Khyber-III in Khyber Agency are coming to an end and most IDPs have returned home, but the action isn’t officially over and the rehabilitation and resettlement of the displaced people and reconstruction of the destroyed infrastructure will take time.

These are the kind of major challenges that General Bajwa will face as he settles down in his job as arguably one of the most powerful men in Pakistan. As he was fourth in the seniority list when Prime Minister Nawaz Sharif picked him for the job of COAS, General Bajwa was able to appoint men of his choice to key positions early on in his tenure. The seven newly promoted lieutenant generals were posted to some of these positions, heralding a change in command. 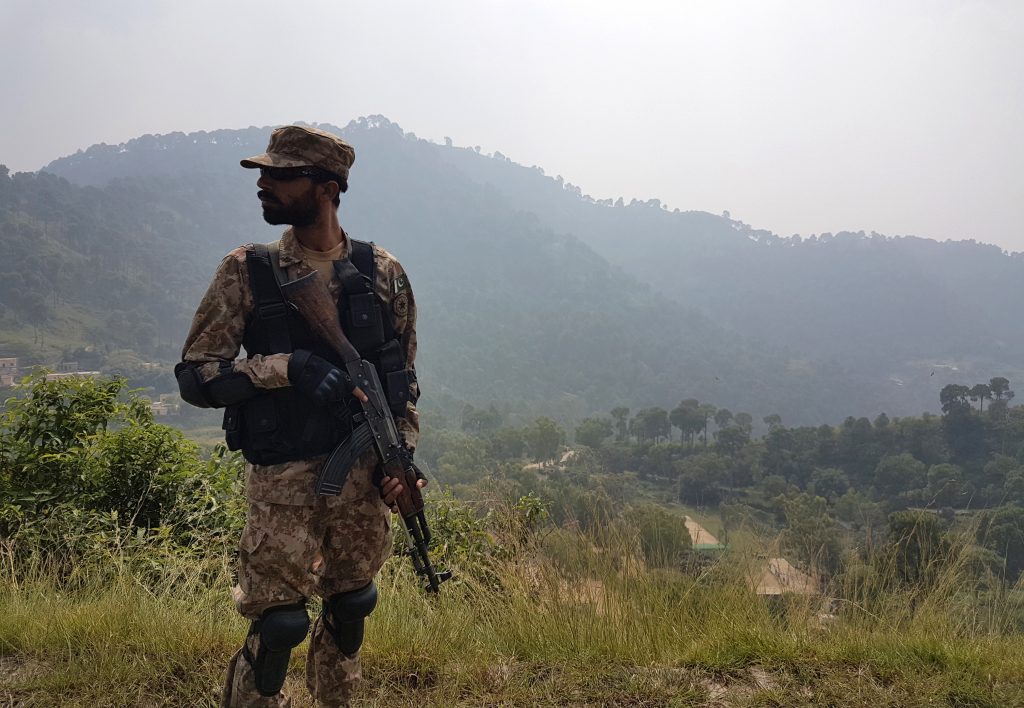 General Naveed Mukhtar, the Corps Commander Karachi, was appointed as head of the Inter-Services Intelligence (ISI) in place of Lt. General Rizwan Akhtar, who was posted to the largely academic post of President, National Defence University. Lt. General Bilal Akbar, who led the Pakistan Rangers operating against militants and criminals in Karachi, got the key job of Chief of General Staff. Another recently promoted officer, Lt. General Nadeem Raza was made Corps Commander Rawalpindi, a position considered one of the most significant due to its proximity to the seat of government and the army’s General Headquarters (GHQ). Lt. General Nazir Ahmad Butt became the Corps Commander Peshawar, who is assigned to lead the military operations in FATA and Khyber Pakhtunkhwa, in place of Lt. General Hidayat ur Rehman. Lt. General Asim Salim Bajwa, the spokesman and public face of the army, was replaced by Major General Asif Ghafoor as the director general, Inter-Services Public Relations (ISPR). Both, Rehman and Bajwa were assigned jobs in the GHQ.

The senior-most general, Zubair Mahmood Hayat, who has two other brothers serving as generals in the army, had earlier been appointed chairman of the Joint Chiefs of Staff Committee, which is technically the top military appointment, but is less powerful than the COAS who commands more than 500,000 soldiers.

General Bajwa made the right moves in his initial days as the army chief. He paid a visit to the Army Public School in Peshawar on December 16, 2016, the second anniversary of the terrorist attack in which 147 people, including 132 schoolchildren, were killed. General Raheel Sharif had visited the school a number of times and was present there to receive the students and teachers when it reopened in January 2015, a few weeks after the terrorist attack. Like General Raheel Sharif, General Bajwa told the gathering at the anniversary event in the school, that he has kept the pictures of the slain students in his office so that he remembers them daily and is able to renew the pledge to avenge their deaths. 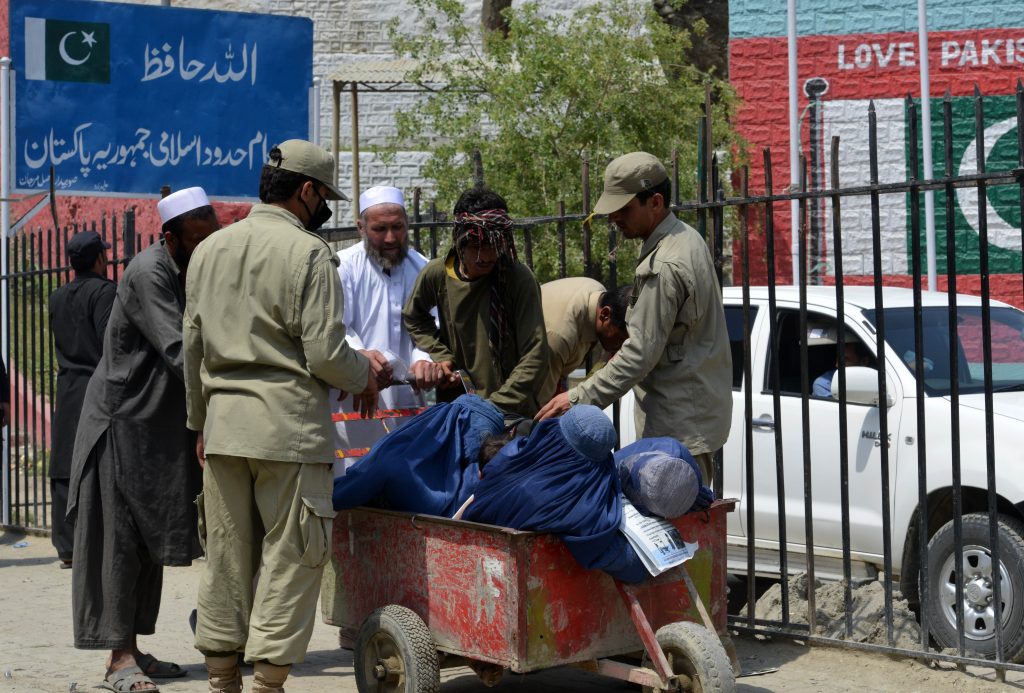 Another first step by General Bajwa was to confirm, without hesitation, the death sentence awarded by the military courts to 13 Tehrik-i-Taliban Pakistan (TTP) militants for involvement in terrorist attacks across the country in which 325 people were killed and another 366 injured. Among those convicted and facing the gallows is Latifullah Mehsud, the former deputy chief of the TTP and a right-hand man of the proscribed militant group’s head, Hakimullah Mehsud. He was delivered to Pakistan by the US military, which had snatched him from the Afghan intelligence agency, NDS, in Afghanistan’s Logar province. Latifullah Mehsud was allegedly in contact with the NDS for some time and the Afghan government was angry that the US not only seized him from its forces, but also handed him over to Pakistan without consulting it.

It is understandable that changes in the army are closely watched due to its power and history of military rule in Pakistan. However, General Bajwa’s appointment for a three-year term was a smooth affair considering the months of speculation about the likely extension in service for General Raheel Sharif, and the uncertainty until the end because Prime Minister Nawaz Sharif delayed the announcement about his choice of COAS. Despite his popularity, General Raheel Sharif refused to be tempted by the urging of certain politicians, journalists and social media activists to oust the democratically elected government to lead the ongoing war against terrorism to its logical conclusion. The smooth change of army command was a good omen in view of the long-term lopsided civil-military relations in the country. The last two army chiefs — General Ashfaq Pervez Kayani and General Raheel Sharif — backed civilian governments even though there were opportunities to stage military coups, as was done by the impulsive General Pervez Musharraf against Premier Nawaz Sharif in October 1999. This enabled one elected government to complete its five-year term for the first time in Pakistan, and the second is on course to achieve this goal in May 2018. It is possible this will now become a routine, facilitating the civilian and military leadership to perform their jobs under constitutional limits. General Bajwa is said to be a professional soldier who believes in following the Constitution, and this augurs well for Pakistani democracy and the rule of law.