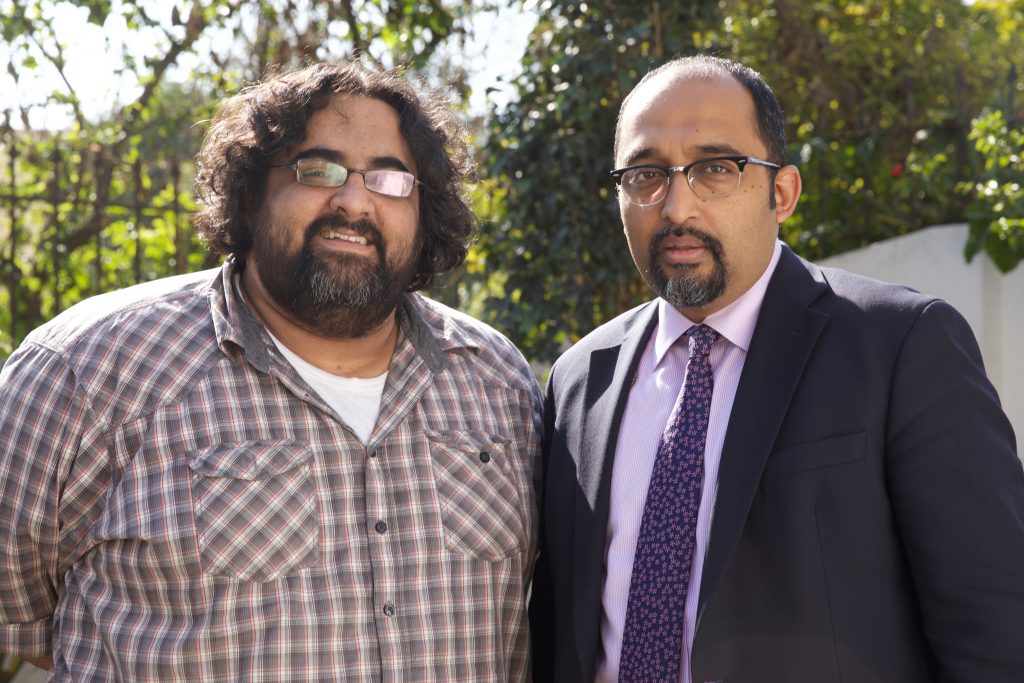 Innovation is truly a 21st century phenomenon. Experienced television broadcaster Fasi Zaka, and policy expert Mosharraf Zaidi, got together and decided to take a new-age approach to disseminating information on the electronic media without the cacophony and hysteria that are the hallmark of the Pakistani broadcast media today. With the mostly English, bi-monthly podcast How To Pakistan, they put on air their relatively measured views about current events in a decidedly more sedate — even if sometimes cynical, sometimes humorous — manner.

A Rhodes scholar from Oxford University and a graduate of Edwardes College in Peshawar, Fasi Zaka has enjoyed a prominent career in the Pakistani media. In the 2000s he hosted On The Fringe, a TV show that examined Pakistan’s music scene. He then moved on to the satirical quiz show, News, Views and Confused. After that ended, he started writing a newspaper column and hosted various radio shows. He then moved on to hosting a show on career and educational advice on PTV. He re-emerged in the public eye in 2016, with the How To Pakistan podcast.

Zaidi is a well known policy expert, newspaper columnist and development consultant. He was amongst the first graduating class of LUMS and did his MPA from Baruch College, NYC. He became well-known for his work on Alif Ailaan, an educational initiative raising awareness in the public about out-of-school children.

At the beginning of 2016, Zaidi and Zaka recorded their first conversation, which became the podcast’s pilot episode. Immediately after, they did their first official episode on the Charsadda attacks. After a solemn first episode, Zaka and Zaidi started interspersing their serious policy discussions with lighter fare, by interviewing people from Pakistan’s cricket, music and culture industries.

How to Pakistan has a different and more informed style than the breathless din of Pakistani television, and it is a stylistic departure the two wanted to achieve. The fact that both Zaidi and Zaka can civilly agree to disagree even on issues on which they hold completely divergent political views, is part of their objective.

And since January 2016, Zaka and Zaidi’s radio “voice” has given listeners serious current affairs analyses, light episodes on cultural phenomena, and interviews with interesting Pakistanis.

The podcasters took a hiatus between April 2016 and May 2016 due to Zaka’s mother’s passing. When they returned in May, Zaidi’s policy background began to emerge, as How to Pakistan began to interview journalists and, later, researchers from think-tanks. The interviews with Ejaz Haider (of Bay Laag), Saleem Safi (of Jirga) and Zarrar Khuhro (of Zara Hat Kay), each started out on a serious note, but then Zaka’s sly humour and very Pakistani sense of irreverence, came into play and introduced an element of fun to the segments. Aqil Shah, who writes on Pakistan’s army, democracy and drone warfare, and their respective roles in Pakistan’s long war, brought a breath of fresh air to the discussion.

The audience numbers for How To Pakistan shot up during the Indo-Pak crisis of September and October as the podcast interviewed the hawkish Indian researcher, Sadanand Dhume, the more moderate Shashank Joshi and US-based Pakistani academic, Ahsan Butt. Dhume and Joshi provided the Indian view on Pakistan, India and Kashmir, with Dhume making the case for Indian aggression. This drew in a lot of Indian listeners and expanded the presence of How To Pakistan on the internet and among the South Asian podcast-listening public.

Zaka says having an aggressive Indian like Dhume on the podcast changed his view on peace between the two countries: the realisation hit that his hitherto easy-going peacenik thinking was fast becoming obsolete.

How to Pakistan provides a more intelligent, factually sound, and measured electronic current affairs programme than anything appearing on television today.