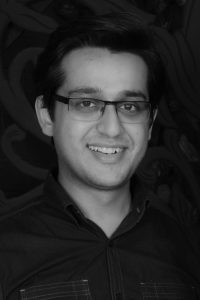 If you haven’t seen this bright-eyed, 30-year-old, mimicking your favourite (or otherwise) politicians, you are most definitely missing out on mimicry at its best. It’s not just that Syed Shafaat Ali sounds uncannily like the people he’s impersonating, it’s that he almost becomes them. His facial expressions, the movement of his hands — or as he puts it, “vocalising with my hands” — the especially selected content of what he is saying — with your eyes shut you can almost visualise Bilawal Bhutto saying, “Haan, mein shaadi karoon gi,” or see Imran Khan purse his lips in that signature captain fashion, followed by his sardonic smile.

I had, of course, watched his interviews and appearances on talk shows on Express News and Geo, so there was no 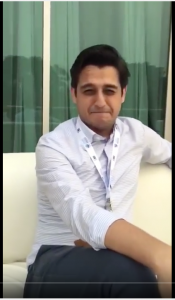 question in my mind regarding his talent, but what blew me away was that after simply speaking to me the one brief time on the phone when I asked for an interview, he responded to my questions during the interview in exactly my own half-baked American accent.

But while it may look like fun and games, and he makes it all look so effortless, Shafaat Ali is not playing around. He’s aiming to be unparalleled in this arena — and he’s getting there. But he says he is not competing with Danish Ali, Saad Haroon and the like, as he maintains, “They are all doing their separate genres, and comedy is a big enough space for all of us. Stand-up, though the hardest, is the most inclusive of all topics and flexible in regard to genres.”

So is Shafaat’s talent inherent? “I think children are born with all sorts of talents, and all they need is an appropriate platform,” he says, adding, “I wasn’t the sort who would sit in classrooms mimicking teachers though. There are some children who want to watch Discovery at the age of four or five. I was one of them: shy, curious, a bookworm.”

It was during his time as an engineer working on some software, when he realised that by tweaking his voice a smidge, he could make it sound exactly like Shehzad Roy. He started to apply that knowledge, worked on the technique and continued to tweak. The rest is history. “I realised I could mimic Shehzad Roy’s voice to near perfection. So this is how it began. At first I would work on shows using software to impersonate celebrities, but soon I began to use and distort my own voice because the level of perfection one can achieve with one’s own vocals can never be replicated with software. So if someone tells me that what I do is effortless, that is a massive compliment. It indicates it appears natural. But it really is hours and hours of practice and study.” 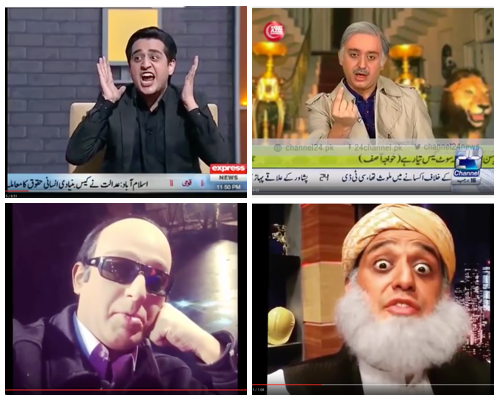 Due to the nature of his comedy, Shafaat has been targeted by the ‘more loyal than the king’ henchmen and obsequious Uriah Heep hangers-on of leaders of political parties, ‘reprimanding’ him about his work. According to him, the more ‘liberal’ they profess to be, the more they want to censor his freedom of expression. “Every political party has bashed me and campaigned against me; there have been ‘requests’ as well as threats. I don’t wish to name any names, but I suppose you could say I’m equally ‘popular’ among all the political parties.”

I asked him who was the most difficult personality for him to impersonate and no prizes for guessing: “Altaf bhai. He has such a large throat and the voice that generates from it is quite deep and difficult to replicate. I think I spent an entire year perfecting it. And as for who I am looking forward to imitating… I would love to be able to sing like Sajjad Ali.”

Next on the agenda: working in, or even making a film, which he says he really hopes to do.

Meanwhile, Ali’s first priority with any success that comes his way, is to give back. He maintains he is very eager to return manifold the love he has received from audiences. And what about his dream team? Says Ali, “I would love to one day perform with Jon Stewart and Stephen Colbert, but maybe that’s just wishful thinking.” Once you bear witness to his talent, passion and skill though — maybe not.