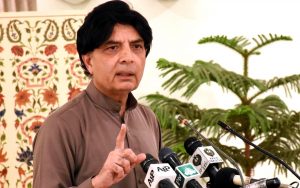 After the attack on the Army Public School, Peshawar, the government, in consultation with assorted stakeholders, resolved to devise a plan to curb terrorism. This, in turn, led to the creation of the much touted ‘National Action Plan’ (NAP). Given the implementation of it — or more accurately, the lack of it thereof — it soon became apparent that the NAP is more a ‘reaction’ plan than an action one. Our governments, both federal and provincial, turn to it in the aftermath of terrible terrorist attacks, rather than putting in place the measures that could preempt and prevent them from happening.

This is particularly unfortunate since the NAP, owned by the military in letter and spirit, initially made sense and received unprecedented levels of support and cooperation from across the country’s political spectrum. 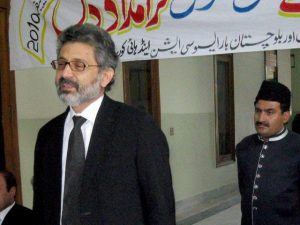 NAP’s success, however, required an effective input from the federal government. It responded by passing the buck and issuing one-liners like,“After the Eighteenth Amendment, law and order is a provincial subject.” As a young student of law such a response would always make me wonder about the ignorance of government spokespersons in regard to Article 142 of the Constitution of Pakistan, 1973, which is completely contrary to this contention.

NAP consisted of a 20-point agenda, which, as a practicing lawyer, I came across — and welcomed — in the first year of my law practice. But given the non-implementation of its agenda, I soon began to realise how utopian it was for our system. After detailed deliberation, I found the answer embedded in the ineffective journey on the part of the legislature, from promulgating general laws, to special laws, and finally trying an antibiotic in the form of passing the 21st Amendment, with a two-year sunset clause. An extensive effort was made to legislate, but none to implement the laws in letter and spirit. And now the sunset clause too is about to lapse. And despite such drastic steps, the menace of terrorism remains, seemingly uncontrollable, and the threat of it continues to loom large over the public. 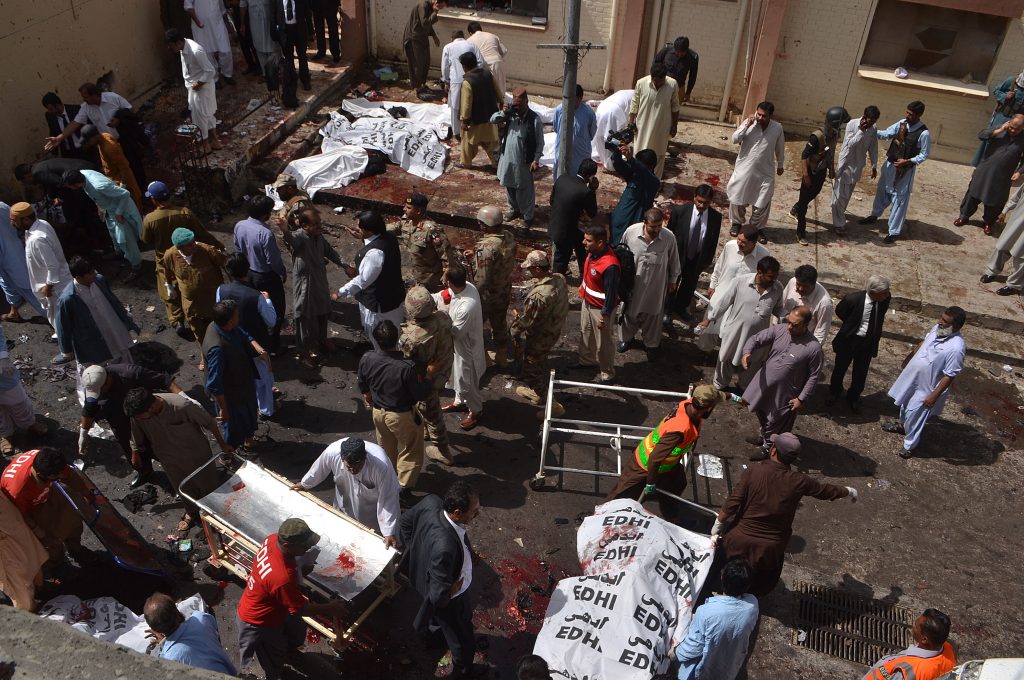 Pakistan is a country, where ostensibly in pursuit of sifting the truth from any terrorist attack — or in fact, any financial, or criminal misdemeanour — judicial fact-finding commissions have been constituted, only to have their reports either disregarded, or refuted by those concerned.

Some cases in point: the judiciary has actively taken ‘suo moto’ cognisance of various events in the country, including Advocate Bilal Kasi’s murder, the draconian suicidal attack targeting Balochistan’s legal fraternity in general, and Quetta in particular, and most recently, the public declaration of the findings of the Quetta Commission, headed by Justice Qazi Faez Isa.

After painstaking deliberations, Justice Isa issued a detailed report on 13.12.2016 — perhaps the most exhaustive effort by anyone on the issue of terrorism. The most important aspect of the report relates to the functioning and role of the Ministry of Interior (MOI), with specific reference to Federal Interior Minister Chaudhry Nisar Ali Khan, supposedly the person vested with the important role of implementing the NAP. The judge’s observations about the MOI and Chaudhry Nisar are disturbing. They include his contention that the MOI is “without clear leadership,” and the interior minister has displayed “little ministerial responsibility.” Unsurprisingly, Nisar immediately resorted to his usual practice, following the dictum ‘offence is the best defence.’ He conducted a detailed press conference, and went head-on with Justice Isa by making several contemptuous remarks about the report. He did not, as many felt was the right thing to do, resign.

The report refers to the NAP as unstructured and meaningless; provides a compilation of the acts of gross negligence on the part of many of the institutions responsible for implementing the NAP, and also points to the ineffective implementation of the Anti-Terrorism Act, 1997 (ATA). Isa points out how, instead of implementing the ATA, the government cobbled together the 21st Amendment to deal with the issue, which was passed with a sunset clause. Additionally, the report speaks volumes about the degenerate criminal justice system of Pakistan.

There can be no denying several charges in the report. For example, the government has, to date, not been able to control the illegal activities of proscribed organisations. Instead, the interior minister has officially met members of these groups. This has drawn severe criticism in Justice Isa’s report.

The report also discusses how both, the provincial and federal governments, have been incapable of dealing with an issue even as simple as aerial firing. In spite of judgements that allow for the collection of evidence, only too often, crime scenes are washed — along with the hopes of those who look to the government for redressal. 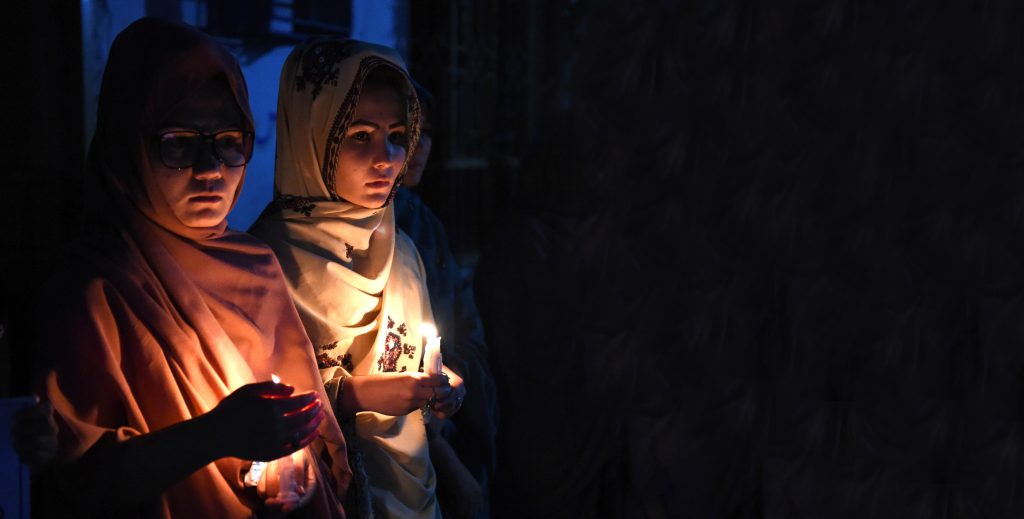 In almost all civilised countries, the first line of defence against terrorism is usually the police. But in Pakistan, the government has done next to nothing to equip the investigation department of the agency with the resources it needs to do the job required. This has led to meaningless investigations. Resorting to military courts to conduct investigations is no better. The process adopted by the military courts in sentencing individuals allegedly involved in acts of terrorism is based more upon perception than the outcome of proper investigations. The police force needs serious reform in its ability to garner credible intelligence. Depending on the intelligence agencies for basic information has bogged them down. Agencies such as the ISI and IB are so busy supplying the police information, that it adversely affects their own performance.

The Isa report also touches on the government’s inept running of the province. It cites the ‘dysfunctional’ government hospital in Quetta as one example of the devastating state of affairs.

The Isa report highlights, with great emphasis, the ineffective National Counter Terrorism Authority (NACTA) formed under the National Counter Terrorism Authority Act 2013. As per the federal interior minister himself, NACTA’s only achievement seems to be the acquisition of an independent office in Islamabad — where its board of governors and the NACTA’s executive committee is yet to meet. Chaudhry Nisar, meanwhile, is busy chairing NADRA meetings, which the law does allow him to do, but he has not yet found time for calling a NACTA meeting.

The report also talks about the lack of a written counter-terrorism narrative which NACTA should, at the very least, have managed to cobble together. So far, however, NACTA seems even hard-pressed to define who the Taliban are. Most terrorism incidents yield at least some of the DNA evidence left by perpetrators, but the law-enforcement agencies are not provided the means to really delve into the issue, so as to satisfactorily conclude the investigation.

The report is, without doubt, expansive in its reach. However, there are some areas which could have been validly addressed but have not found mention. 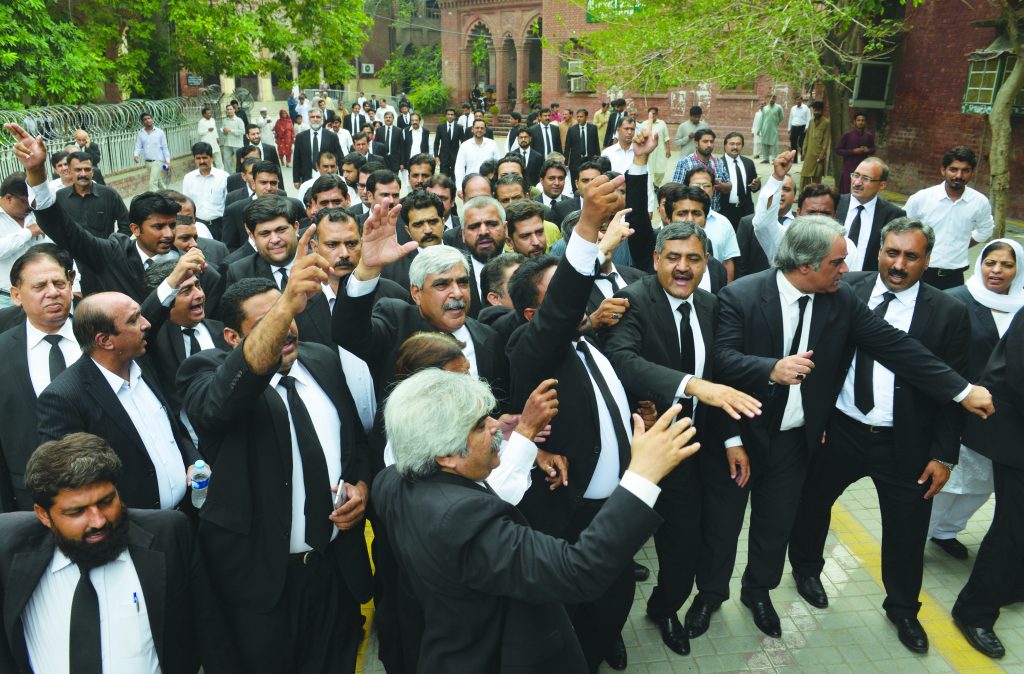 Justice Isa should, alongside the non-implementation of ATA, also have highlighted the inability of anti-terrorist court judges to convict hardened criminals, and the fact that they often release them on bail on frivolous grounds. The reluctance by the ATA courts’ judges to convict terrorists, has raised serious questions about the level of prosecution leading to acquittals.

The constraints of ATA judges are certainly understandable to an extent, but better working ATA courts could have formed part of the mandates of the provincial chief justices.

The most significant area of the Isa report deals with the suggestion that there should be top-tier accountability. It leaves it open for the readers to determine who falls in the top tier, and what sort of accountability is being referred to. Certainly, the issues addressed require much more than mere press conferences by the federal interior minister. We are living in a country where there is no viable policy or counter-terrorism narrative. Towards the end of his report, Justice Isa very aptly suggests the implementation of the ATA, NACTA, Pakistan Penal Code, 1860 and the Constitution. We need to do this if we are to eradicate terrorism. To achieve this we need a will of steel, not special enactments. As the maxim goes, “it is the certainty and not the severity of punishment which is important.”

The government seriously needs to revisit its policy and priorities. Presently the last line of defence is being used to deal with the menace. Additionally, the Federal Interior Minister, Chaudhry Nisar, should tender his resignation. This requires no consultation with the prime minister. Certainly in western democracies, the chargesheet against him would be good enough grounds for resigning.

The writer is a lawyer practicing in Lahore.

The writer is a lawyer practicing in Lahore.