A majority of the universities, including Punjab University and Karachi University, made public the outcome of their investigations but Balochistan University kept its findings secret and sent the report back to the HEC. However, certain sources leaked information to the media that of those 70 degrees, only two were declared invalid, and these belonged to legislators from FATA and Punjab. And even though there were serious doubts about the educational qualifications of a large number of parliamentarians from Balochistan, who had submitted degrees from Balochistan University, the investigation committee of the university declared all of them valid.

Some sources reveal that there was no way Balochistan University could have assessed the legitimacy of these degrees because the university auctions off the candidates’ answer sheets after two to three years on the grounds that they have no storage space to maintain any records. Ostensibly, the HEC authorities were not satisfied with the outcome of the university’s investigations and all certificates were returned to the university with specific instructions to check the intermediate and matriculation certificates of certain candidates. However, the result of the second scrutiny was also the same.

It is being alleged that the university’s administration was under immense pressure from those who were under the scanner and their cohorts. Consequently, to save themselves from the wrath of the influentials, the administration refrained from properly scrutinising those who had obtained certificates without even appearing in their examinations. Moreover, it also wanted to save the skin of those staff members who had been involved in issuing fake degrees. “A sitting member of the Balochistan Assembly had obtained a post-graduate degree from Balochistan University on the basis of a certificate from a religious seminary in Multan,” said a university source on condition of anonymity, and then added, “When the university authorities contacted the seminary in Multan for confirmation of the certificate, the administrators of the seminary disowned it and declared it to be fake.” When this fact was brought to the notice of the member, he produced another letter from the same seminary, confirming that the certificate was genuine. Instead of conducting any further probe, the committee declared his post-graduation certificate to be genuine.

Through the General Election Order 2002, General (Rtd) Pervez Musharraf’s regime made post-secondary education compulsory for all those contesting the 2002 general elections. This emerged as a big hurdle even for supporters of Pervez Musharraf, including the Jamiat Ulema-e-Islam (Fazl) in Balochistan and Khyber Pakhtunkhwa — strongholds of religious parties — and fake educational certificates were acquired en masse by candidates contesting the elections. Now, in 2010, scores of cases challenging these fake degrees have been filed before election tribunals. The graduation condition was struck down in April 2008 by a vote in parliament.

What remains is the moral imperative. The Supreme Court chief justice wants all those who filed fake degrees to be held accountable. The PML-N and PML-Q have been hit hard and some of them have had to resign. 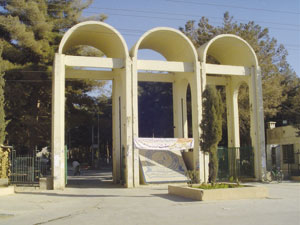 Ostensibly, a large number of parliamentarians from Balochistan had contested the 2008 general elections on the basis of fake certificates, both from religious seminaries and universities. If an impartial probe were to be conducted, more than one-third of them would lose their seats.