The French did it. The Russians followed suit a century and some later. Thirty years on, the Chinese had theirs. And then, among others, Pakistan’s other neighbour, Iran.

So why not Pakistan?

If insurrections past are the yardstick, a rundown of the statistics and general circumstances determining the state of the nation today would certainly make for a compelling argument for revolution.

To begin with … it’s the economy, stupid!

Inflation is currently at 12% and indicators are that if unchecked, that figure is likely to touch 25% in the next two years. Meanwhile, Pakistan’s foreign loans had by end June 2010 reached $65 billion (USD) with an annual debt servicing fee of $2 billion.

And while 20 million of Pakistan’s 170 million stagger from the effects of the most devastating floods in living memory, and the damage to the exchequer is estimated in the neighbourhood of $45 billion, corruption — endemic through the country’s history — has, by all accounts, now hit a new benchmark.

Set aside the ongoing whispering campaign of kickbacks and land graft. Examine just one aspect of official collusion in financial irregularity: state-sanctioned loan waivers ­— Rs 256 billion over the years to be precise.

Imran Khan, one of the petitioners in the ongoing case in the Lahore High Court, contends that in the last two years alone, Rs 51 billion have been waived. Other reports demonstrate that the heftiest write-offs occurred during Musharraf’s tenure.

If that were not largesse enough, the recipients of loan waivers also constitute a large part of that other elite group: tax defaulters, or, in the country’s skewered tax structure, the tax exempt. The figures speak for themselves. According to the World Bank Tax Policy Report 2009, Rs 796 billion in taxes were evaded in the period 2001-2008. And the federal tax gap in Pakistan for 2007-2008 estimated in the report stood at 79% of actual receipts. 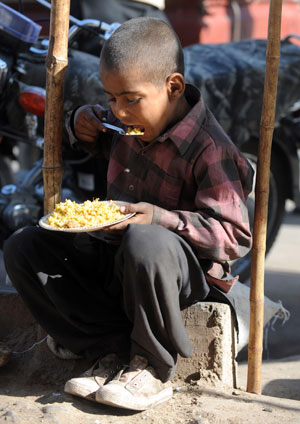 Small wonder then that the governments and donor agencies to whom Pakistan has yet again appealed for funds, have expressed serious misgivings. US Secretary of State Hillary Clinton was unequivocal in her declaration that the US would not help Pakistan if the elite were not taxed. “You cannot have a tax rate of 9% of the GDP when big landholders and all the other elite do not pay anything, or pay so little, it’s laughable,” she maintained.

This was echoed by the IMF. Finance Minister Hafeez Shaikh was told that payments from an $11 billion emergency loan project would be frozen until Pakistan’s tax collection system was “fixed.”

Perhaps a natural corollary then: at last count 75% of Pakistanis were subsisting on less than two dollars a day each, and according to Wikipedia, 17.2% of Pakistan’s population lives below the poverty line.

Now translate the economic indicators into the reality on ground: shortages, soaring food prices and electricity tariffs, riots … Remember last year’s atta (wheat) crisis, the ensuing protests, reports of starvation, of suicide … and that before the floods. Then there are the endless power outages, even while power rates surge. And there’s the mounting unemployment: 15.2% in 2010 compared to 7.8% in 2003.

Add to these numbers, flood evacuees — a sizeable amount of whom were landless haris who will invariably make their way to cities rather than return to bonded labour in the fields, and the unemployment number is likely to swell substantially.

Governmental allocations for public sector welfare, meanwhile — and this is a decades-long, ongoing story — clearly indicate the state’s priorities. Two per cent goes to healthcare and 8% to education.

Not surprising then that Pakistan has one of the highest infant mortality rates among even equally impoverished countries in Asia: 88 of every 1,000 perish. UNICEF reports that 250,000 children are employed as mostly unpaid labourers in brick kilns, servicing their parents and grandparents’ debt. And 63 years after independence, the country’s literacy rate by official estimates is a paltry 47%, whereas analysts and educationists put it at 20%, at best.

Behaviour patterns indicate the outcome of life in the Land of the Pure. The crime chart for the past few years makes for a chilling wake-up call. After a decade-long hiatus, kidnappings for ransom in the last decade demonstrate a sharp incline, (29,602 in 2008-2009 as compared to 19,909 in 2006-2007) as do bank robberies and dacoities. Rape has been running in double-digit figures for several years — 5,712 in 2008-2009.

Crime of another nature — reflective of a more alarming malaise — has set new precedents.

The state of Pakistan’s mind 2010 can perhaps best be gauged by the estimates compiled by the Human Rights Commission of Pakistan (HRCP). According to HRCP data, suicides in the country have risen sharply in recent years. While the latest figures have yet to be compiled, those for just one month, i.e. December 26, 2008 to January 25, 2009 are a staggering 138, with the youngest victim being 13 years old.

Suicide is one measure of a nation’s desperation. The other is growing militancy.

The rise of the rabid right has its genesis in part in the stated objective of the creation of Pakistan. But that is another story. It also owes in large part to the weaknesses and vested interests of civilian governments, but even more to repeated military interventions.

Zia-ul-Haq largely birthed the fundamentalist-extremist-militant movement in Pakistan. Musharraf, for all his avowed moderation, used the militants as his raison d’Ã©tre for the West. (Only the military can battle the extremist bogeyman — and I am the military). And now all those pigeons have come home to roost — in Al-Qaeda, Taliban, Jaish-e-Muhammadi, Sipah-e-Sahaba, etc., etc. And the victims of their ‘jihad’ is the Pakistani public.

As for that erstwhile pillar of the state, the judiciary — the battle over it last year notwithstanding — it too sits on shifting sands. Too many members of this once august institution have compromised its integrity by taking oath under too many murky Provisional Constitutional Orders (PCOs). For a beleaguered, hapless public, recourse to justice is yet another casualty of an imploding state.

But a state on the verge of revolution? Not quite, not yet. 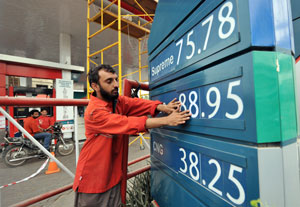 While the awareness of the role of successive governments in the nation’s decline and the ever-yawning chasm between the two ends of the economic spectrum has, in the wake of the floods, the food shortfalls, the power shortages and soaring prices, never been more acute, no channel has emerged via which to vent this awareness.

In a society still mired in an archaic feudal-tribal order, a large percentage of the country’s population exists on the very fringes of life — as evinced so starkly by the condition of the millions of IDPs fleeing the waters in their rural habitats and arriving in towns and cities across the country. Repressed and starved into abject submission, the imagination of these children of a lesser god stretches no further than the parameters of their temporal lives. For them, that begins and ends with their waderas, their sardars. Thus, in the 63 years of Pakistan’s existence, there have been few revolts if any, led by haris against their overlords. This, then, is not the stuff revolutions are made of.

There is no urban proletariat either. With a rapidly shrinking middle class — the traditional bastion of revolution — and that too one with no revolutionary, ideological underpinnings, no potential leader has emerged to capture the masses’ imagination. As a result, no organisational structure has evolved to coalesce the scattered anger into a viable force of change.

The polarisation in the country at every level — economic political, ethnic, sectarian — has also effectively stymied the rise of any national movement with common objectives.

And in the absence of political parties with manifestos for real change — 40 years on, roti, kapra, makaan remain the buzzwords — and in the absence of parties that span the national divide, which could have led from the front, seeds of revolution just blow in the wind.

But there is little comfort in knowing that revolution may not be imminent. More alarming is the prospect of anarchy that a state at war with itself can all too easily engender in the absence of committed governance. And, if Afghanistan post the Soviet exit is anything to go by, even more chilling is the possibility of the hijacking of the country in that state by the extremist fringe.

Stemming that tide will be the real challenge.