Two shooting sprees in two days. Both seemingly for very different reasons. Though, both demonstrate that people with grouses can easily resort to deadly violence to be heard — and to seek revenge.

Sadly, those who pay the price (as Pakistanis see here almost daily) are usually innocent, having nothing to do with real cause of the grievances.

Take a look at the shooting at Fort Hood, Texas, on Thursday, November 5, 2009. The shooter, Major Nidal Malik Hasan, 39, was described by one neighbour as being a “calm” man who never got angry. Still, one afternoon, he took a semi-automatic weapon and fired indiscriminately on a crowd of men and women with whom he worked — people who probably never imagined that they would have to fear one of their own comrades. Hasan’s attack caused devastation: 13 dead and 30 injured. Police are unsure whether all the injuries and deaths were the result of Hasan’s shooting, or whether some resulted from the shots of other soldiers who were trying to stop Hasan.

In Friday’s office shooting spree (November 6) in Orlando, Florida, Jason Rodriguez, who formerly worked for Reynolds, Smith and Hills, an architectural and engineering firm, fired at his ex-colleagues, killing one and wounding five others. It is unclear why Rodriguez stopped working at the engineering company but ostensibly he struggled after leaving. He did have this to say to a television reporter after being hauled away by police: “They left me to rot.” In May he filed for bankruptcy.

For now, it remains unconfirmed why either men did what they did, but here in Pakistan, more attention will be placed on the shooting spree by Hasan, a Muslim. 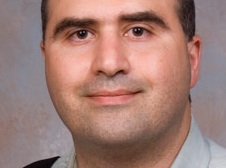 Reportedly, Hasan had received deployment orders to be shipped off to either Iraq or Afghanistan. This deployment was to be his first one overseas. Initial television reports described Hasan, a psychiatrist who helped heal soldiers with behavioural problems, as someone who is strongly against the war in Iraq, but that too sounded like early speculation.

CNN reported this: “Since 2001, Hasan had been telling his family that he wanted to get out of the military but was unsuccessful . . . he told his family he had been taunted after the terrorist attacks of September 11, 2001.”

Is Hasan an outraged Muslim who is against the war in Iraq? Is he a victim of mental abuse stemming from the prejudice and mistrust of his fellow soldiers? Or are there other reasons behind his horrible act of violence?

We will probably eventually get some answers, given that Hasan, like Rodriguez, survived his attack. Until then, expect bouts of trouble for some Muslims in the US. The venom against Muslims has already surfaced in comment forums across the Internet. This was expected, which is why President Barack Obama said on Friday, “We don’t know all the answers yet, and I would caution against jumping to conclusions until we have all the facts.” (See video below).

And it is also why the Association of Patriotic Arab Americans in Military gave this statement: “In the aftermath of this terrible tragedy, it is more important than ever that we not make the same scapegoating and broad-stroke mistakes that were evident in the aftermath of previous tragedies. The Association of Patriotic Arab Americans in Military urges the media, government officials and all of our fellow Americans to recognise that the actions of Hasan are those of a deranged gunman, and are in no way representative of the wider Arab American or American Muslim community.”

Statements like these, while necessary, are, in fact, simply saddening. They are an acknowledgement of human nature: fuelled by outrage, frustration, revenge or simple hate, we resort to violence — we live within a never-ending cycle of violence.