The Readers Club, Pakistan’s first and only online book rental service, was launched in June 2009 by two friends, Jawad Yousuf and Usman Siddiqui. On their return from the US after completing their education eight years ago, they realised that the reading culture that once thrived in the country was no more.

They spent their time brainstorming how one could revive it, but their own businesses demanded a lot of their time and it was not until much later that they were able to come up with a plan of action and implement it. Initially they had thought of establishing a book-sharing platform but since that wasn’t logistically possible, they decided to create a book rental service. They realised people were not reluctant to read, but access to books was a problem. The most common complaint was that books were too expensive to purchase, especially the newest ones. So they decided to structure their product in a way that would address both the issues of affordability and interest.

“We did not wait to collect X number of books before going online. We had about 300 books that we made available online and kept adding on more,” says Usman. This initial pool of books came from their own personal libraries. But that was not all. There was also the issue of financing and time. “We had to spend a lot when we were starting up, on the cost of books, courier, salaries and software maintenance charges, etc.,” says Jawad.

Entire days would be spent handling various aspects of the service. “We would be on the phone 15 times a day sometimes, coordinating, and we were also making deliveries ourselves,” says Usman.

There are three membership packages The Readers Club offers, which determine the amount that is to be paid as a monthly membership fee and how many books can be borrowed at a time. The Bronze level costs Rs 500 and allows the member to borrow one book at a time; Silver is for Rs 750 and two books can be borrowed whereas with a Gold membership Rs 1,000 have to be paid and three books can be rented. Once the account has been created, members can select and add to the rental queue books of their choice from a wide collection, old and new, from 27 categories, which also includes the latest best-sellers and prize-winners. An availability column shows up next to each book, so that the member knows whether the book is available, has been reserved by someone or whether there are multiple requests for it. In case a book is not available, the second option on the rental queue is then delivered. 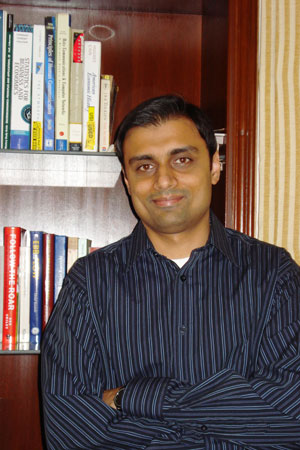 “Sometimes members have not liked a book and have sent it back the next day and borrowed another,” says Jawad. Synopsis of books and reader/member reviews are also available online to help members make their choice. The membership fee is collected the first time the delivery of a book is made to a member. The following month’s fee is collected on or around the same date as the first payment.

“The basic complaint people have made is that we don’t have time, we’ll read just one book but will still have to pay Rs 500 every month. We’re not charging for the book, it’s for the membership of the club,” says Jawad. On all the membership packages, members have the option of reading as many books as they want in a month, renting and returning them as many times a week, or if they prefer taking time over a book to enjoy it, they need not worry about returning the book within a certain period of time. “There are members who have even kept one book for three months,” says Usman, and there is no fixed duration.

When I signed up, within minutes I received a call from Jawad to confirm the membership, an SMS from Usman welcoming me to The Readers Club, as well as an e-mail notifying me of the new books that had been added. The fact that they were easily accessible over e-mail or telephone was a pleasant surprise for me. Personal interaction with members makes all the difference, they say.

Usman mentions an incident when a member called him up to inform him that while reading, the leaf of a page had been turned and it left a mark. “I found this to be such a good gesture. It was such a small thing; had she not told me I would never have known,” he says. Trust-based relationships are what they seek to form with their members, which is why they have not put a list of consequences of what happens to a member if a book is damaged or lost — something which thankfully, they say, has not happened yet.
The response they have received so far has been overwhelming for them.“We didn’t even know if we would get 10 members; if people would give us their money,” says Usman. “Now the costs are covered through the membership fee,” Jawad informs me. “We don’t have to worry about how many books we can buy in a month,” Usman adds. As word spreads, those who do not have access to computers or the elderly who do not know how to use them, have also expressed an interest in the service. “Why should they be excluded?” asks Usman. For them, lists of the books are sent with the riders and an account is created for them by Usman and Jawad themselves. 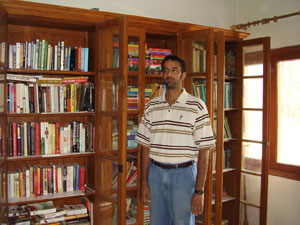 Providing this service has been an education in itself. “It has introduced me to good quality reading material and authors I never even knew about,” says Usman. Jawad says it has also been an eye opener to the reading market that exists in the city: “At first there was the perception that only people in Clifton and Defence read but we were surprised when the larger percentage of our membership was in Gulshan. We even had requests from Gulshan-e-Hadid,” he says.

The Readers Club recently won the acclaim of the country’s ICT industry: they were runners up in the service innovation category and tied for second place in the best pitch category at the [email protected] Tech Crunch Gong Awards held on October 14. Jawad and Usman are happy to report that The Readers Club is now the self-sustaining business they had envisaged it to be. Expansion to remote areas in Karachi and other cities is under consideration, but for now they want to go slow and steady.