President Barack Obama’s strategy review for Afghanistan and Pakistan announced on March 27 presents new challenges for relations between Washington and Islamabad, which are increasingly characterised by a lack of public support in both countries and mutual suspicion and mistrust.

Some aspects of the new strategy are positive shifts in policy for Islamabad. But other elements will be a source of worry and concern. While the two countries are in agreement over the principal goals, their differences in tactics and approach will have to be reconciled and harmonised. President Obama has acknowledged that Pakistan is pivotal for the new strategy to work. This makes it all the more necessary for Washington to adjust its policy approach to Islamabad’s concerns.

Washington’s new strategy defines the core goal to “disrupt, dismantle and defeat” Al-Qaeda in Pakistan and Afghanistan and prevent their return. This refocusing of the US-led mission, emphasis on a civilian surge in Afghanistan to step up reconstruction and development, willingness to negotiate with the Taliban, expanding Afghanistan’s army and police to enable them to shoulder their own security, committing more economic assistance to both nations and offering help to build their security capacities, as well as addressing narcotics, are all objectives that converge with Pakistan’s thinking. 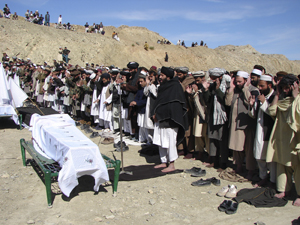 Islamabad’s long-held view has included a number of  key elements. One, insurgencies cannot just be addressed militarily but have to be neutralised primarily by political means. Two, an adequately resourced development surge is essential to win hearts and minds. Three, the reconcilable Taliban should be separated from Al-Qaeda and brought into the political mainstream. Four, the Afghan security sector must be strengthened while ensuring that the security forces reflect Afghanistan’s ethnic balance. And five, the narcotics trade must be curbed because it fuels the insurgency.

It is apparent from this that Pakistan and the US have many shared goals. But much turns on how these are pursued, by what means and in which time frame.

But certain aspects of the new strategy are problematic for Islamabad. The military escalation dimensions of the strategy pose the greatest anxiety. They suggest that despite the new emphasis on ‘soft and smart power’ by Washington and the assertion that the region’s security problems cannot be addressed in military terms alone, substantial reliance is still being placed on military means by the US-led mission. 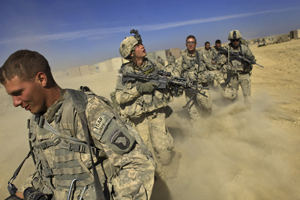 Other than contradict the aim to talk to the Taliban, President Obama’s decision to send an additional 21,000 troops to Afghanistan is fraught with risk for Pakistan. The bulk of these will be deployed in the insurgency belt in southern and eastern Afghanistan.

Increased military engagement on Pakistan’s border would escalate rather than diminish the threat of instability in Pakistan. This is so for several reasons. A military surge could lead to a likely influx of militants and Al-Qaeda fighters into Pakistan and increase the vulnerability of NATO supply routes through Pakistan, as the supply needs will possibly double. It may also lead to an influx of Afghan refugees as they will seek to escape the intensified fighting. And finally, all of this could produce a spike in violence as terrorist reprisals can be expected to intensify.

An even more significant worry for Islamabad is the military escalation signalled by the focus on rooting out safe havens in Pakistan’s border region. This was reflected in President Obama’s suggestion that if Pakistan did not take action, the US would. This implies a widening of the war into western Pakistan, even if the president later explained that he would consult Pakistani leaders before terrorist hideouts are pursued.

That has still left open the prospect of increased US Predator strikes against targets in FATA. This foreshadows a risky course as this will only inflame public opinion in Pakistan, and have destabilising effects. Drone attacks have already evoked condemnation from the National, NWFP and Balochistan Assemblies.

Any policy which is vehemently opposed by the people will ultimately be unsustainable. The tactical gains claimed from these drone strikes must be set against the costs in terms of undermining strategic goals. This approach also ignores the fact that Al-Qaeda has to be defeated in the ideological battle because it is its ideology that finds followers, ever ready to replace those ‘taken out.’

Such a perilous approach  should be abjured in favour of the only viable one based on intelligence and technology sharing to enable Pakistan and its forces to address the terrorist threat in their own territory. The US should show strategic patience as well as respect for a sovereign country’s red lines in deeds, and not just in words.

The two countries will need to close the gap in their perceptions and especially, how they identify the strategic centre of gravity of the threat that has to be addressed. Islamabad  has long argued that the core of the problem and its solution lies in Afghanistan while acknowledging that support for the insurgency is provided by fighters using Pakistani soil. In Washington’s view it is the safe havens in Pakistan that are now the central front of the battle to defeat international terrorism. Islamabad believes that US strategy downplays the fact that the situation in FATA is the consequence of the collapse of security in Afghanistan and not the other way around.

Islamabad also finds unsettling the notion of treating Pakistan and Afghanistan’s border region as a ‘single theatre of combat,’ not least because the security trajectories, causes, contexts and capacities are so different and because it would be a grave error to think one size will fit both. If the flawed concept of Af-Pak has achieved anything so far, it is to unite the militants on both sides of the border in a new alliance to resist the impending military troop reinforcements in Afghanistan.

The Obama Administration recognises that the attainment of its redefined goals depend critically on Pakistan’s stability. That is the rationale for the economic and security assistance that Washington has vowed to provide Pakistan. But Islamabad would take exception to the proposed conditionalities and benchmarking of the aid, linking this to its counter-terrorism performance. In stating that Washington will not provide a blank cheque to Pakistan, President Obama has struck a note that is strikingly counter-productive. This stance reinforces the transactional nature of the relationship that Pakistanis so resent and strengthens rather than breaks from the paradigm of treating Pakistan as hired help rather than a valued ally.

The metrics US officials say are being developed in consultation with Congress for such benchmarking can be a source of friction in the relationship, recalling an unhappy history of legislative-driven sanctions. Senator John Kerry’s remarks in an interview that these metrics might include checks on whether Pakistan is moving its forces away from its border with India to concentrate on the insurgent threat in the west will raise hackles in Islamabad. Any effort to impose conditions that aim to change Pakistan’s national security calculus would be misguided and doomed to fail. No country’s national security priorities or structures can be reconfigured from the outside.

The only way to change Pakistan’s security orientation is to engage with the sources of long-standing India-Pakistan tensions. But President Obama’s new regional strategy excludes this, even though he had often said before his election that the road to a stabilised Afghanistan runs through a Kashmir solution. The original mandate of Special Envoy Richard Holbrooke was to encompass South Asia. It was later limited to Afghanistan-Pakistan in the face of Indian opposition. This will not make the linkages between regional issues go away and will remain a major flaw in the Obama plan.

As for the assistance being offered to Pakistan, it is about the same as that given by the Bush Administration, although the mix between military and non-military aid is different. The amount, $1.5 billion over five years, is pretty modest in relation to the enormity of the economic and security challenges Pakistan faces, as well as the estimated $34 billion economic losses it has suffered since 2001. Washington is offering just a small proportion of what it currently spends on say, Iraq, which is $12 billion a month. To build the Afghan army and police, the US now plans to spend $17 billion.

Finally, the US proposal to establish a contact group that would have wide membership, including India, is a good idea in principle but the way it is going to be operationalised is flawed. For such a large grouping to work, first the trust deficit between Washington, Islamabad and Afghanistan has to give way to an agreed approach, otherwise such a group will become the venue for competing interests and clashing priorities and impede rather than mobilise broad regional support for Afghanistan’s stabilisation.

President Obama’s new strategy will face many challenges. No challenge is more important in this initial phase as that of ensuring that Islamabad and Washington are able to harmonise their policy and tactical approaches and close their perception gaps in a spirit of openness and mutual understanding. It is now Islamabad’s urgent task to test the assertion made by American officials that their new policy will not be an ‘America only’ approach.