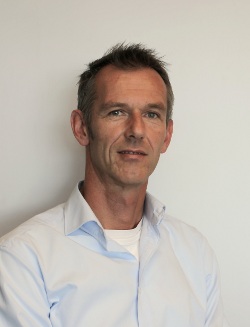 Veneration of saints is a common feature of Islam in South Asia. Lately, though, this practice has been under assault from the forces of secularism as well as fundamentalist Islam. Thus, a book describing saint veneration and sufi Islam in Bangladesh is equally relevant to Pakistan, which boasts several sufi shrines with thousands of disciples and followers. The introduction of Hans Harder’s Sufism and Saint Veneration Bangladesh: The Maijbhandars of Chittagong sets the scene, as befits an ethnographic study, by first contextualising Maijbhandar (literally ‘middle storehouse’), a village of Chittagong in Bangladesh, in its geographical and historical setting. Then the author goes on to describe the structure of mystical (sufi) practices that exist there and the beliefs underlying them. This is a valuable chapter since it explains sufi beliefs about the spiritual preceptor (pir), the value of constant repetition of some holy formula (zikr) and other such concepts. The third chapter explains these concepts in greater detail. And with good reason: these concepts overlap with words that are normally used in the South Asian Muslim languages but which have esoteric meanings that are crucial for understanding sufi works. For instance, the concepts of love, light and spiritual sovereignty would carry different meanings in the lexicon of these languages but in sufi discourse they contain meanings which have to be explained in a certain historical and ideological context. This has been done with great erudition and precision by Hans Harder which makes the remainder of the book easy to comprehend.
Chapters four and five are central to the book since they are based on an analysis of hagiographies and songs. It is from these original sources that we get an idea of the Maijbhandari order of sufi saints. The founding saint was Ahmadullah (1829-1906) and an account of his life exists in Aina Bari, written in Urdu by Abdul Ghani Kanchapuri.

His successor was his nephew Gholam Rahman (1865-1937). However, there is some controversy about his succession to all the titles and spiritual positions of Ahmadullah. Two other saints who are mentioned are Syed Ziaul Haq (1928-88) and Syed Shafiul Bashar (1919-2002). As in all hagiographies, the miracles attributed to the saints are examined in great detail without being critical or cynical of the followers’ beliefs. One important point to note is that the language of the writings changed from Urdu to Bengali as Urdu lost its prominence after the independence of Bangladesh. The author has summarised the different hagiographic narratives in a clear and concise manner.

The book’s main strength is its analysis of sufi songs — a significant undertaking because there has always been a raging debate on the place of song and music (sama’a) in Islam. These songs constitute a religious idiom in which motifs or symbols serve as a metaphor viz: the heart (the seat of Divine love); man (the high-status of being human); bird (metaphor for the soul); death (passage from life to death); saintliness (special powers and graces); incarnation (unity of Divine lover and beloved); unity of religions (the ethical and spiritual core of all religions); merging (spiritual union); love (the path to virtue and transcendence); play (spontaneous activities); insanity (other-worldly distraction); boat (mystical journey); and the body (parts of the body related to mystical concepts). The use of these motifs describes the various concerns of the mystic, namely love, as a path to transcendence, the desire for union with the Divine and the use of the body to seek spiritual states of being.

The last two chapters relate the case study of Maijbhandar with Bangladeshi Islam in particular and the different traditions of Islam in general. Professor Harder begins by using the analytical category of ‘syncretism,’ defined as the merging of different religious traditions. From this he moves on to the concept of Islamic traditions. The sufi tradition is considered a ‘little’ tradition as against a ‘great’ one, but the fact is that in South Asia the sufi tradition is older and venerated by far more people than the reformist and scripturalist Islam which sociologists Clifford Geerts and Gellner talk about. Whereas historically Islamic traditions have incorporated local elements, the reformist text-based interpretations of Islam appear averse to the idea. Conflict arises when a text-based interpretation denies these ancient traditions and views their followers as heretics. The knowledge contained in this book is relevant for Pakistan in that we can broaden our minds to be open to other traditions. One wishes that one could produce this kind of research in Pakistan instead of attacking the shrines of saints so as to wipe out other all traditions except our own by force.

This book is highly recommended to scholars of Islam, South Asian studies and anthropology and readers in Pakistan especially, where sufi shrines are increasingly being targeted by extremists.