Nawaz Sharif is back in power with a bang. His detractors, however, think it is only a matter of time before he goes politically bust. Such is the nature of his comeback, as well as his challenges. His resurgence has been spectacular. Normally those condemned by the military establishment perish in darkness. Zulfiqar Ali Bhutto is a case in point whose formidable power ended at the gallows. Nawaz Sharif not only missed the noose by a narrow margin but came out of exile in the last elections with a good measure of success.

This election has been a dream run. He has a near two-thirds majority in the National Assembly, a government of choice in Punjab and another based on his party’s choice in Balochistan. He is the only politician in the history of the country to become prime minister three times, and survive a military coup. He is now in a position to start charges of high treason against the very man who booted him out of power and ran him down constantly as he licked his deep wounds in Saudi Arabia. General Pervez Musharraf is now truly at the mercy of Sharif. 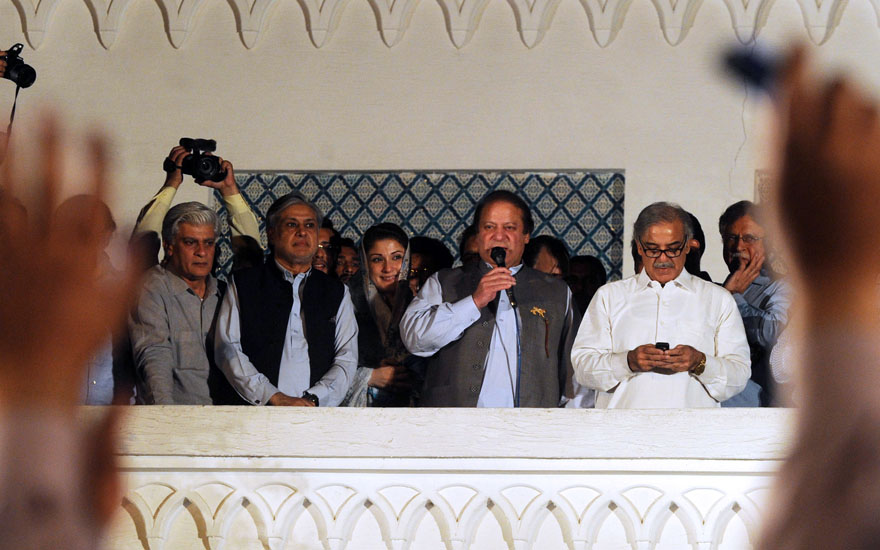 Yet, the road ahead is bumpy and nasty. Sharif’s mandate hangs heavy on his shoulders. His opponents, primarily Imran Khan’s Pakistan Tehreek-e-Insaf and the Chaudharies of Gujrat, not to mention the People’s Party, are waiting in the wings to see him wilt and vanish under the burden of the problems he has to tackle. 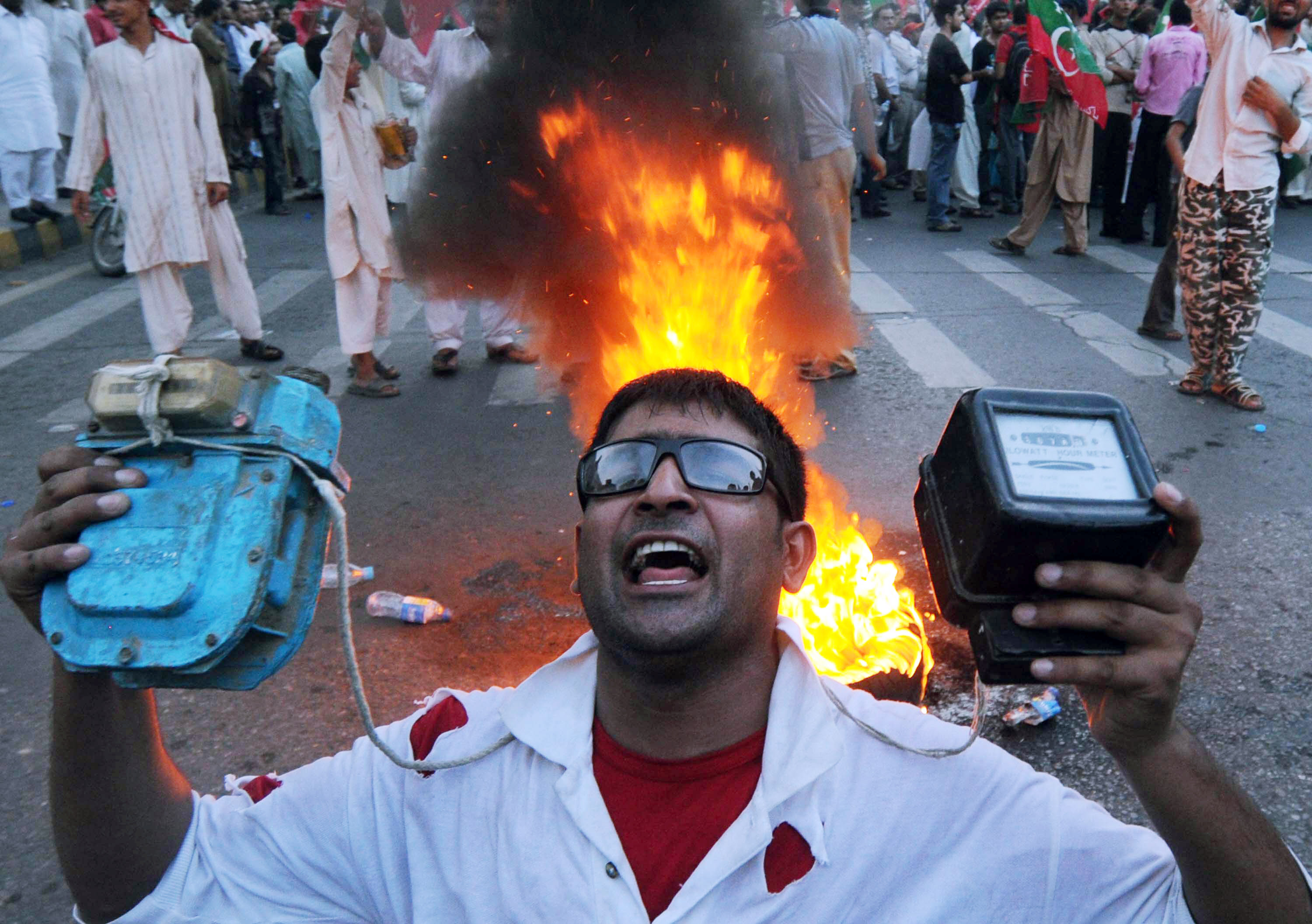 Yet, the road ahead is bumpy and nasty. Sharif’s mandate hangs heavy on his shoulders. His opponents, primarily Imran Khan’s Pakistan Tehreek-e-Insaf and the Chaudharies of Gujrat, not to mention the People’s Party, are waiting in the wings to see him wilt and vanish under the burden of the problems he has to tackle. The first taste of the nature of this tough task has already come in the shape of a national riot-like situation on loadshedding. Almost every district in Punjab, his home base, is bursting with anger. Sharif has to move fast to defuse this combustible situation. But what can he do? The economy has gone bankrupt and there is no money to be paid to energy producers and fuel suppliers to get electricity back in the grid. Without fixing the economy he cannot fix electricity. The first is long-term; the second needs short-term treatment to ward off public anger boiling on the streets. He needs billions of rupees worth of cash injections to get this work started, but a country reeling under debt and without any real foreign investment can’t afford to pick up the burden of this support for long. 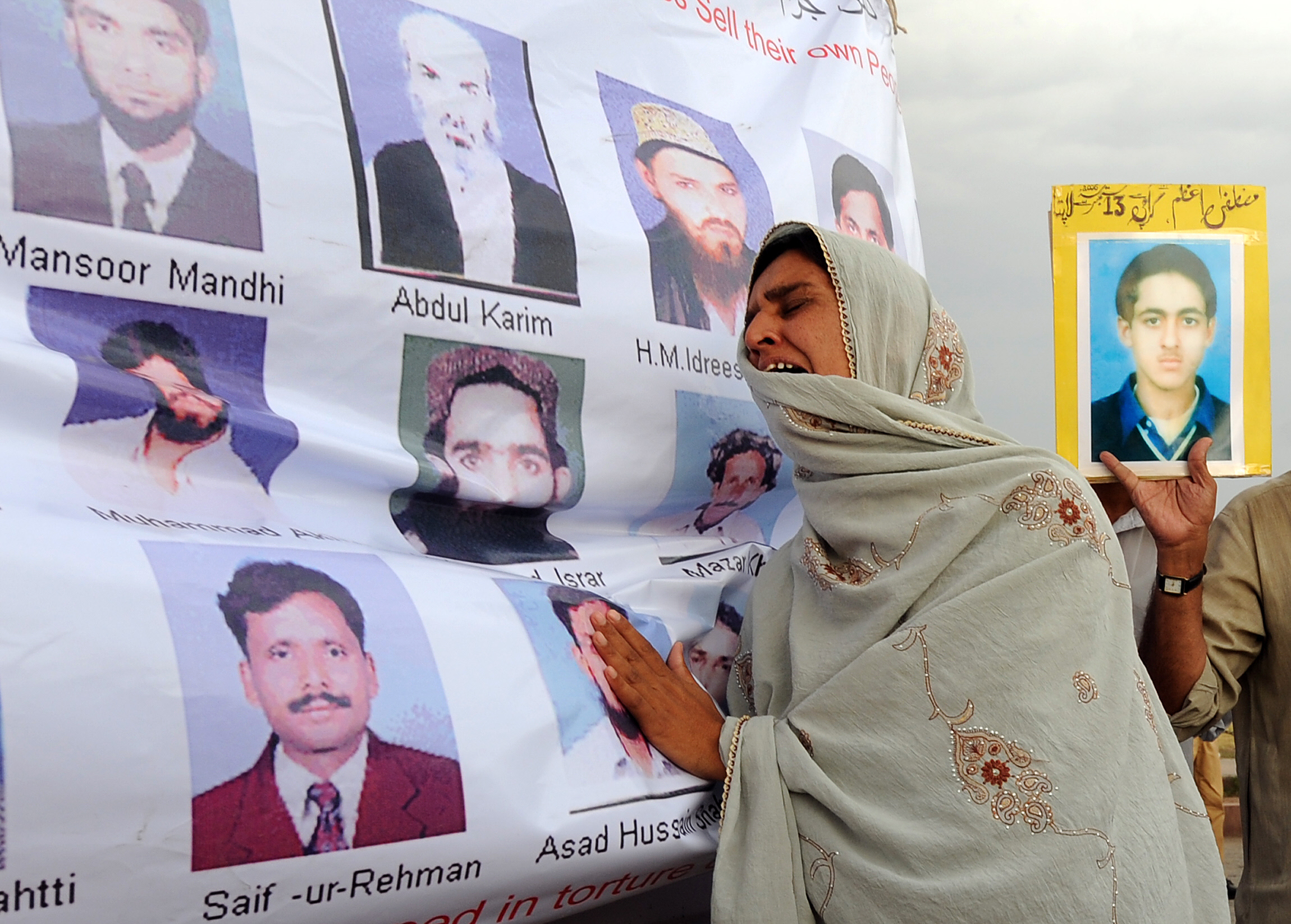 “We have Ishaq Dar (the incoming Finance Minister) working out the numbers and we will be able to reduce loadshedding by half in a few months; then Khawaja Asif, supported by Dr Musadiq (the interim minister for the energy sector), will be detailed to resolve the issue on a long-term basis. Mian Sahib has told us clearly he wants results, come what may,” said a party member from Lahore. However, kick-starting the economy is itself an uphill task. Sharif, sources confirm, is personally involved in supervising the next budget in which new taxes on “fat cows” will be imposed to raise revenues. Cutting wasteful expenditure and reviving public sector organisations’ production and performance cycle is yet another proposed measure. Privatisation will be the key in generating cash and easing forex pressure. But this will not be possible if the law and order remains precarious. Sharif has assigned Chaudhary Nisar Ali Khan to create an “enabling environment for investment and a general sense of being looked after and protected by the state,” says the same source. The interior ministry needs to become the keystone of the new government’s effort to claim success in the initial months.

Mindful of the pressing need to have all the support he can muster from the relevant quarters, Sharif is building bridges with the army. And he has got a good response from the generals. There have been several meetings between the generals and the Sharifs since the latter’s success in the elections. The most important of these took place in Lahore at the residence of Shahbaz Sharif. The lunch meeting lasted for three hours and comprised just the two Sharif brothers and the chief of army staff, General Ashfaq Pervaiz Kayani. The army chief’s visit was a rare gesture of support to the new rulers of the country, killing all rumours that they were unhappy over PML-N’s victory. Both army and party sources claim near-complete agreement on “a wide range of issues.” Besides the energy sector, the meeting’s agenda included Balochistan, counter-terrorism, India and civil-military relations, reveal army sources. It was in this meeting that the PML-N forwarded its choice for the troubled province’s chief minister and there was agreement that it would be Dr Abdul Malik Baloch of the National Party. “We think there is great merit in understanding the nuances of Balochistan’s situation from the security point of view, and a start has been made in the right direction. Everyone agrees that Malik is the right man for this job,” says a senior PML-N source. On dealing with the Taliban, the same meeting yielded even better consensus: an All Parties Conference to discuss terms for dialogue, failing which the state would retain the option of using all means at its disposal to quash the insurgency.\ 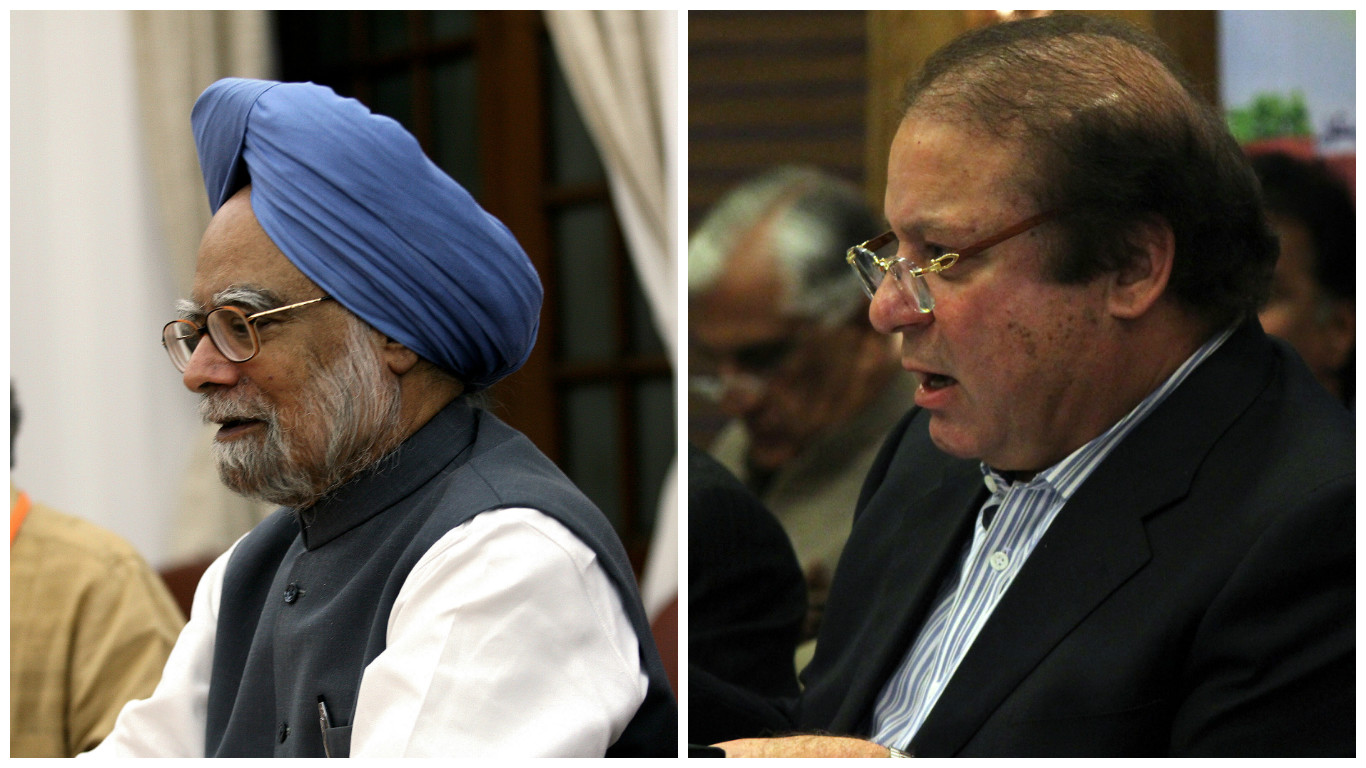 Sharif’s enthusiasm to embrace Delhi has raised eyebrows in the army camp, as it continues to view India as the bane of national security. However, Sharif takes his foreign policy initiative seriously and does not like the army interfering in it too much. In his last tenure it was his peace overtures with India that triggered a complete breakdown of his relations with the army.

This is a repeat of the Malakand model: first a comprehensive peace deal offer and then the rough end of the stick. But there are points on which a lot of fine-tuning needs to be done between the army and the Sharifs. On India, for instance, Sharif’s enthusiasm to embrace Delhi has raised eyebrows in the army camp, as it continues to view India as the bane of national security. However, Sharif takes his foreign policy initiative seriously and does not like the army interfering in it too much. In his last tenure it was his peace overtures with India that triggered a complete breakdown of his relations with the army, whose lowest point was the Kargil war and its embarrassing aftermath. Moreover, the Sharif’s have had consistent encounters with almost all army chiefs since Zia-ul-Haq. 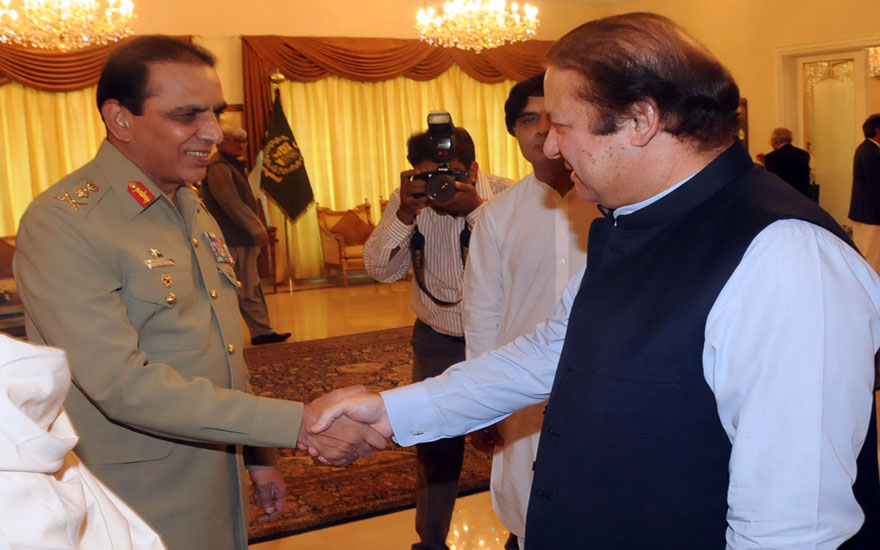 There were huge problems more recently when the elder Sharif repeatedly told his senior party colleagues of his suspicions that the army and the ISI had launched Imran Khan’s party to clip PML-N’s wings in the Punjab. “Yes this is true,” admitted a Sharif family source, “but it is also true that Shahbaz Sharif has been on the best of terms with the army chief and has kept the door of engagement open even in times of deep suspicion.” Now the equation has become so stable that the Sharifs had no problem in extending the offer of another extension to General Kayani, which he politely declined. Defence sources confirm two such offers being made in the last month. It would be important for the Sharifs to ensure that the next army chief stays on the path of his predecessor and furthers the basis of mutual cooperation, as laid down by General Kayani. However, even the most stable power arrangement and the strongest of mandates would matter little if the new government cannot deliver to the people.Sharif is acutely aware of this reality. That is why as he entered the gates of National Assembly for the first time in 14 years, his list of the government’s core priorities consisted of just two things: “Peace and prosperity.” Easier said than done in a country that has cried for both since its inception.