Nisar, let me ask you firstly about heliskiing, which has lately been such a hot topic in the news. What exactly was the 1st Karakoram Heliski?

We brought a crack team of 10 free-ride heli-skiers from around the world to Skardu, much to the amusement of the locals who, at times, must have thought they had been invaded by spacemen, to ski the Karakoram Mountains at high altitude. As there is no infrastructure of lifts, the skiers had to be transported by army helicopters to the top of the slopes, where they reached a maximum altitude of 16,700ft. The international team was composed entirely of men, but one woman did join them to ski, and that woman was a Pakistani: Samyra Rashid who heads marketing and PR for Walkabout Films. 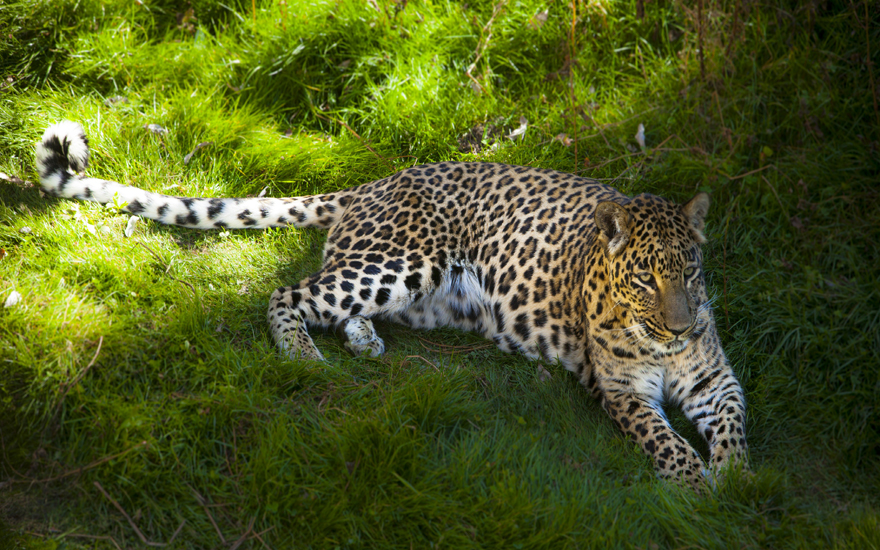 “Most people in Pakistan never see the amazing beauty of the wild habitats and the great biodiversity we have here. Consequently there is little or no interest in preserving it for future generations. What I feel particularly sad about is that the young people of Pakistan have no awareness of their natural heritage. The ‘Give Back’ project is designed to change all that.”

How did this event come about?

It was a partnership between Walkabout Films and the ISPR wing of the armed forces under the umbrella of ‘Pakistan Pure Discovery’ — a project I conceived and put together in 2006. The event was aimed at promoting the beauty and accessibility of the northern areas of Pakistan and focusing the attention of the world on the endless possibilities for adventure sports in the region. We really appreciated the facilities and assistance provided to us by the army. It would have been impossible to hold the event without this and they were incredible, particularly the pilots of 5 and 8 Army Aviation Squadron.

I love the mountains and the northern regions of Pakistan, having spent many years of a misspent youth travelling there and it is an ongoing ambition of mine to showcase these stunning areas of Pakistan nationally and globally. 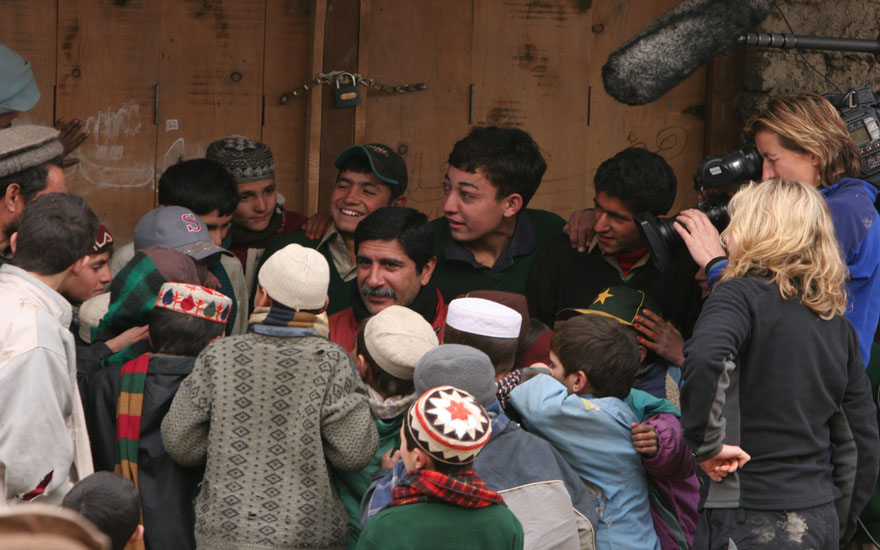 Was it a success?

Well, most importantly, it all went off safely, without any injuries or mishaps, for which we were very thankful. And then in terms of exposure, with reports airing on CNN International and ABC in America, and being published in international publications via Reuters. It was also shown on numerous Pakistani television networks and featured in the print media as well. We have had so much positive feedback from people wanting to take part in the event next year, so yes, I would say it has been a success.

Walkabout Films is best known for nature and wildlife documentaries. Could you tell us a little about what you do in that field?

I founded Walkabout Films just over 10 years ago and we have since made documentaries for National Geographic, Discovery, the BBC and others. Our work has been concentrated in the areas of wildlife and heritage with films on endangered animals such as the snow leopard and the Indus blind dolphin. We have also worked extensively on film projects with various NGOs, including many UN agencies. We have done films on fistula for UNFPA, and on climate change and slope stabilisation for UNDP among others. 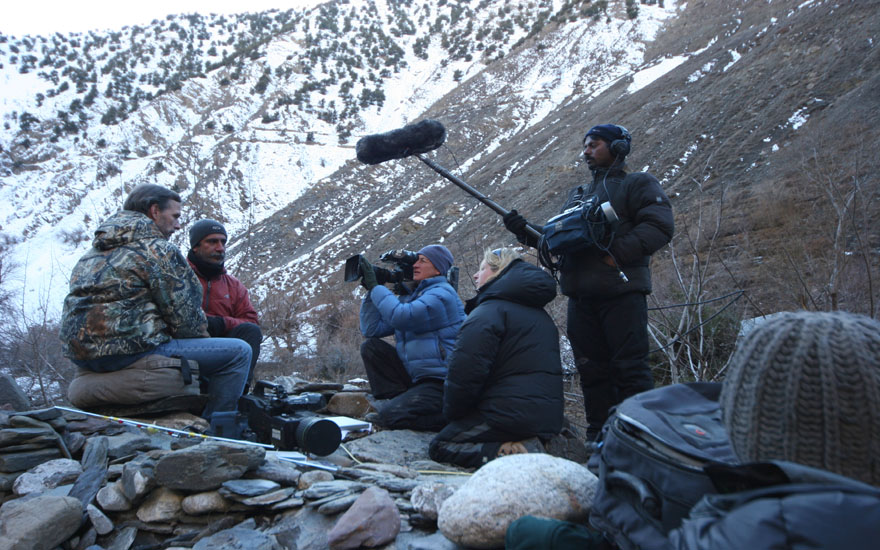 In the midst of a documentary shoot

What is your inspiration for this work?

Conservation. Undoubtedly, conservation. Walkabout Films’ mission is to conserve and protect the highly endangered wildlife and natural habitats of Pakistan. That is our highest priority as well as showcasing the great natural beauty of Pakistan.

What are you working on currently?

We have just finished the first year of filming for a two-year project in the Ayubia National Park, which is the last refuge of the common leopard in Pakistan. This film will be the flagship for the ‘Give Back’ series, which we have recently launched. You can see a clip from the film on our website www.walkaboutfilms.tv.
Until now, our nature documentaries have seldom been seen by the public at large in Pakistan. It is imperative to change that, especially if we are to impact conservation efforts in this country.
Most people in Pakistan never see the amazing beauty of the wild habitats and the great biodiversity we have here. Consequently there is little or no interest in preserving it for future generations. What I feel particularly sad about is that the young people of Pakistan have no awareness of their natural heritage. The ‘Give Back’ project is designed to change all that.

What exactly is the ‘Give Back’ project?

The ‘Give Back’ project is a series of 15 archive films set in the national parks of Pakistan. It aims to document the important wildlife and natural habitats there, along with the local communities that live within these areas. We want to cover not just the animals and habitat, but also the issues faced by the locals living there and how this impacts conservation. 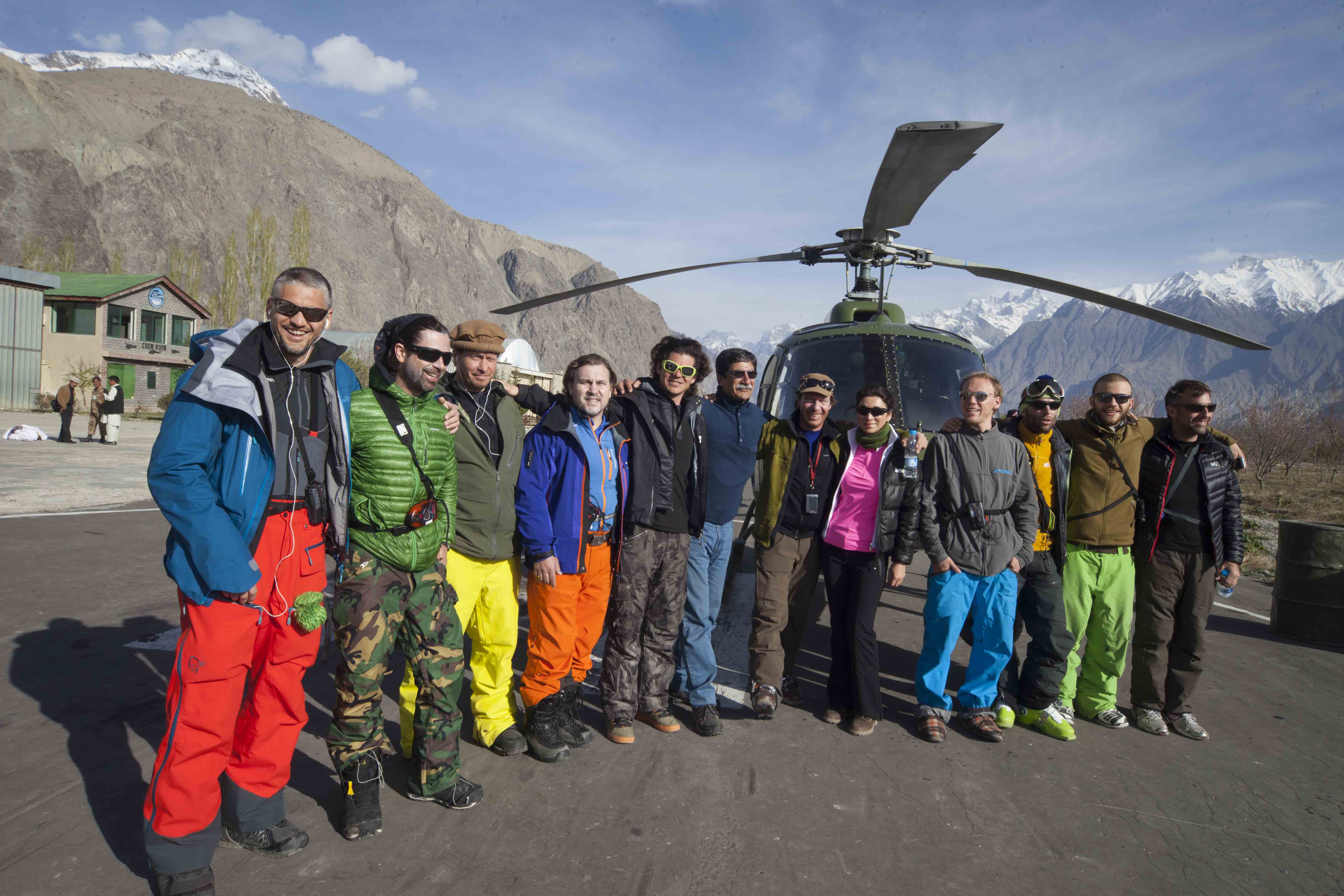 How will ‘Give Back’ impact conservation in Pakistan?

The full impact of the project and its wide reach stems from the unique distribution package that we have developed in-house for all the media and materials generated from each documentary.
Each project will generate a number of short IEE (Inform, Educate, Entertain,) films which will be topic-specific and will address a variety of issues such as deforestation, endangered animals, water pollution and so on. These will be translated into Urdu and other regional languages and will be supported with educational resource materials developed by our academic affiliates. 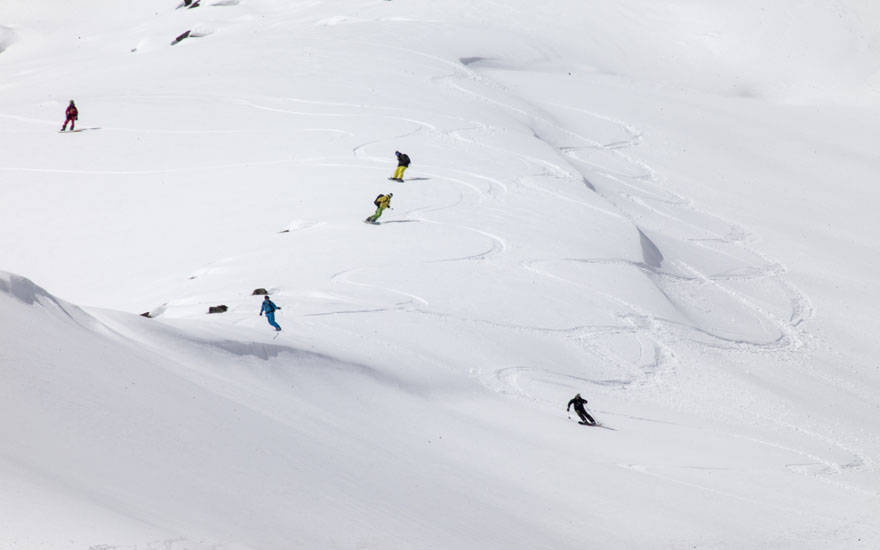 A thirst for adventure: The heli-skiers arrive in Skardu

They will then be widely and freely distributed on the internet and across schools, colleges, research institutions, hotels, airlines, broadcasters and so on, to garner as much exposure as possible. Most importantly they will also be screened in the remote communities which live on the frontlines with the wildlife and with whom I feel it is vital to engage in the fight to conserve Pakistan’s wildlife and natural heritage.
There has never been a concerted effort to engage these communities in the discussions and programmes for conservation in the areas where they live and that is a huge oversight. We can never hope to redress the conservation concerns without their help and input.

How long will the project take to complete, and how is it being funded?

This is a long-term project covering 15-18 parks and it could take anywhere upwards of five years to complete, depending on the availability of funding.
We already have the first two films underway, but we still need to bring in funding for the rest. We are looking to donor organisations for this, and additionally to Pakistani corporations to come forward and fund one project each. There are large and profitable companies out there that can afford to do this. They can give back to the communities and to the country via this project.

You also have a philanthropic partner organisation to Walkabout Films.

Yes, we do. It’s called Walkabout Development Solutions. We film in some of the most remote and impoverished areas of Pakistan and I feel that we need to give something back to these areas. We use our profits from the filmmaking, and our access to resources, both local and international, to try to support these underprivileged local communities by establishing sustainable solutions to poverty and the problems associated with it.
WDS is currently active in planting trees to counter deforestation in the Broghil Valley; we have also been involved in funding the training of midwives in the same area and we have set up a sustainable fish-farming project in Lasspur in the upper Chitral Valley.