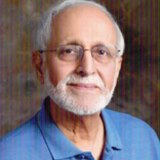 Irshad AbdulKadir is a barrister and lecturer in legal studies who has ventured into creative writing for the first time. This is an up-and-coming trend where writers from different walks of life are creating a new narrative with a focus on their specialisation. As such, readers also need to adopt a new criteria and standard for appreciating these works. Since writing is no longer confined to authors with a background in writing or the arts, current Pakistani literature needs to be seen from a different prism. As a person of legal academia, AbdulKadir is able to offer insights into Pakistani lives while reminding the reader that in a country like Pakistan, matters of the heart, mind, and body are subject to a vast and stringent set of societal values and control, topographic restrictions and, often, to a herd-mentality.

Clifton Bridge: Stories of Innocence and Experience from Pakistan is an assortment of tales revealing the heinous and magnanimous nature of Pakistani people. This debut collection of short stories captures the diversity in the country’s landscape and cultures with sharp honesty. However, it falls short in creating the epiphany expected in a short story. This may be because each story raises a number of issues and is thereby less focused and unable to attain catharsis for the main characters. But, perhaps, that is the point. As is true of life, some problems remain unresolved. The author’s aim is not to offer a solution to the difficult circumstances these characters find themselves in — rather, it is simply to tell the tale and leave it up to the audience to decide these characters’ fates.

The book contains 10 stories that are unrelated, but contain overlapping themes: familial dynamics (the good, the bad, and the ugly), prejudice (indulging in, or overcoming it), love (pure and simple, as well as passionate and malicious), moral growth (perhaps too late in life) and many more. The arrangement of these stories is well calculated. The first four stories — ‘All in the Family,’ ‘Clifton Bridge,’ ‘Diva’ and ‘Queen’s Garden’ — record differing Pakistani family dynamics. The next two, ‘The Misfits’ and ‘Through the Lattice,’ deal with corruption and feudalism in the workplace and at home. The seventh and eight stories, ‘A Touch of Humanity’ and ‘Two is an Odd Number,’ focus on romance (though not in the traditional Pakistani sense of a tea-time meet and greet). And the final two, ‘Missing Person’ and ‘Unfinished Mural,’ show psychological growth, realisation and the eventual ‘end.’
‘All in the Family,’ the opening story, tells of modern-day polygamy and how two wives put their differences aside to stop their promiscuous husband from marrying a third woman. One wonders why women continue to hate and curse each other in situations where they have been betrayed not by each other, but by a man. The ending is drenched in phallic symbolism — or is it just poetic justice?

‘Queen’s Garden,’ set mostly in Empress Market, is a tale of forbidden love and the consequences of this affair. At a time when Pakistan is torn apart by sectarian and religious violence, this story nicely encapsulates the relations between a Christian girl, a Muslim boy and a Hindu couple — the hodgepodge that is Pakistan.

‘Through the Lattice’ is the story of Champa, a young housekeeper, and how she navigates her way in a feudal household. It highlights the culture of landowners and the dynamics within their homes.

In ‘A Touch of Humanity,’ a single mother explores romance in the workplace and online. This story is contemporary delving into what is increasingly commonplace: chatroom and office liaisons. Similarly, ‘Two Is an Odd Number’ is about a divorced couple who remarry many years later after undergoing a series of unsuccessful relationships with other people. These stories express new concepts of romance in Pakistan (or Pakistani romance outside of Pakistan).
‘Unfinished Mural’ leaves the reader with an uncanny feeling of how sanity/insanity is represented in absurd relations with parents; what were the subconscious decisions Jibran made which led him to where he is now? Furthermore, the idea of a mural is especially relevant, as AbdulKadir presents his readers with a mural of stories in Clifton Bridge. Because short stories typically capture a moment, the mural is unfinished, leaving readers wanting more. Perhaps the author is hinting that we keep our eyes peeled for his next work.