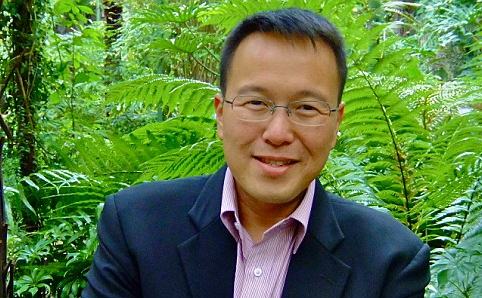 Those who follow the global fashion industry or are frequent travellers to the Far East would be familiar with the Thai silk retailer, Jim Thompson — an American businessman who created the namesake brand in the 1950s that thrives till today. But what a lot of people may not know about Jim Thompson was that in 1967 he went for a leisurely stroll near his bungalow in the Cameron Highlands, Malaysia, never to return. Search teams combed the nearby jungles in vain and the mystery surrounding his disappearance resulted in many conspiracy theories. Thompson only makes a cameo appearance in Tan Twan Eng’s Man Asian Literary Prize-winning novel, The Garden of Evening Mists, but the Malaysian novelist was clearly inspired by him since a central character, Arimoto, too disappears in a similar manner.

Arimoto was a royal gardener in Japan who, after a dispute with the emperor, travelled to Cameron Highlands in what was then called Malaya to create his own garden. Yun Ling Teoh, a Straits Chinese Malaysian woman who also serves as narrator in the novel, visits him to commission a garden in honour of her deceased sister, who deeply admired the aesthetic and philosophy of Japanese gardens after visiting one in Kyoto while on a family trip.
Arimoto is already occupied with his own garden, called Yugiri (Evening Mists). However, upon discovering that Yun Ling is the sole survivor of an internment camp — the very camp in which her sister died — during the Japanese occupation of Malaysia, he agrees to take her on as an apprentice so that she can learn to create a Japanese garden of her own. Yun Ling resents subordinating herself to a Japanese, but remembering how memories of the Kyoto garden helped her and her sister cope with the traumas of life in imprisonment, she agrees.

Work is strenuous, but the garden offers respite from the rest of the hill station where effects of the Malayan Emergency can be seen in full force. Areas are designated as ‘Black’ or ‘White’ and communist guerrillas are a frequent threat to safety. With the passage of time, Yun Ling learns to disassociate Arimoto from the actions of his government but soon after Arimoto and Yun Ling learn to trust and support each other, he goes for a stroll in the jungles, never to return. Yun Ling, who is already grieving her sister’s death, is now also haunted by memories of Arimoto.

The novel is not told chronologically and begins with Yun Ling as a middle-aged woman who has decided to take early retirement from being a judge to spend the rest of her life in Arimoto’s home, which she inherited after his disappearance. The reader learns that she has been diagnosed with a neurological condition which leads to memory loss or aphasia — a term that evokes names of flowers such as rafflesia in her mind. She starts writing down her memories in a journal in the hope that they will help her locate herself once she loses all her memories, and the narrative keeps moving from the near present to the time of the Emergency when she was Arimoto’s apprentice.

The Garden of Evening Mists is a slow-paced, atmospheric novel that examines the acts of remembering, grieving and forgiving as well as the arts of gardening, woodblock printing and tattooing. Yugiri, the garden, can be considered a character itself, and Tan brings it to life through evocative details. For instance, after returning to the garden after nearly 35 years, Yun Ling observes a willow tree “with its branches sipping from the pond” and “the broken mosaic of sunlight scattered over the ground.” In fact, Tan could be faulted for depicting the natural world more vividly than the human characters, as Arimoto is taciturn and mysterious while Yun Ling, despite being the narrator, often feels distant.

Nature, meanwhile, weaves its way into both personal and political history. A Japanese professor, who wants to write a book on Arimoto, reveals to the middle-aged Yun Ling that he was a kamikaze pilot during the war but survived by accident. His experiences bring to light the suffering of the Japanese during the occupation and he explains how the young pilots, destined for death, were called cherry blossoms because they bloomed for just a short time before falling. He also shares his suspicions regarding Arimoto’s connections with a secret organisation called Golden Lily, which was allegedly created by the Japanese government to collect plunder from all over South East Asia.

The interrelationships between nature and war, tragedy and healing, also resonate in the lives of South African expat Magnus Pretorius and his Chinese-Malay wife Emily, who are friends of Arimoto and Yun Ling. Magnus owns a successful tea estate, which he named Majuba after a watershed battle from the Second Boers War just to spite the British colonialists. And in the midst of the tropical landscape, Emily has created a rose garden that hosts three statues. The first is of a little girl, to commemorate the loss of their daughter. The other two are of the Greek goddess of memory, Mnemosyne, and her twin sister who, according to Magnus, is the goddess of forgetting.

There are moments in the novel, specifically conversations between expats on politics, which seem obvious in their intention to contextualise Malaysian history for the reader. But for the most part, Tan allows small details to build up over the course of the novel, much like a mosaic. The lyrical prose, melancholy tone and somewhat fragmented narrative structure all complement the struggles of the characters who want to move on with life but also cannot let go of the past.