Imran Khan had predicted a tsunami. Instead, Pakistan Tehreek-e-Insaf (PTI) ended up far behind the Pakistan Muslim League-Nawaz (PML-N) in the election tally, although it did give the PPP a run for its money. Though not an unmitigated disaster when compared to the party’s previous showing, PTI’s performance perhaps can be considered a failure given how confident Imran Khan and his supporters were of outright victory. Nonetheless, had PTI won the elections, would it have been able to fulfil its promises and deliver, what Imran calls, a ‘New Pakistan?’ It would appear that the party is ill-equipped on many fronts to deal with some of the most pressing issues facing Pakistan. Examining PTI’s weaknesses could also explain why the party fell short of expectations at the polls.

To create a new country, Pakistan needs a new ideological narrative. One of the crises the country faces is that of identity. Its current grand narrative ill-explains the genesis of Pakistan, thus failing to give its people a sense of direction and purpose that would place the country on the path of social progress. The political misuse of Islam, which has been used by the state to counter progressive social and political movements, plays a major role in exacerbating the identity dilemma. Zia-ul-Haq’s ‘Islamisation,’ especially, goes against the traditions and history of this land.

What hope does Imran offer of an alternative? For someone who claims to be a revolutionary, he fails to critically analyse the country’s ideological predicament. In fact, he inscribes right into the prevailing ideological notions of Pakistan that have brought the country to disaster. By raising Islamic slogans, he ignores the urgent need to revise these notions and received ideas, and continues to lend support to regressive forces.

It would be unfair to criticise PTI for not being able to entirely overcome some of the basic facts of politics, regardless of Imran’s claims that he can override all challenges on his own. But the criticism would be unfair only if the party’s stand was genuinely principled and if compromises were made due to insurmountable hurdles. Imran Khan, however, seems to have readily struck deals with the establishment and the Islamists, not due to absence of alternatives, but because of opportunism and ideological sympathy. For example, Imran failed to challenge General Musharraf’s dictatorship and, in fact, supported him in his referendum. He also asked Musharraf to give PTI a role in his government instead of PML-Q. PTI claims to be an anti status-quo party but these facts suggest otherwise.

There are numerous examples of Imran’s worrying religious aspects. He degradingly referred to Ahmedis as Qadianis and reassured his fellow sadiqs and ameens that they are apostates and will remain so if he comes into power. Imran’s view contradicts Jinnah’s speech that a person’s creed is not a state matter. Those words of Jinnah, ironically, are highlighted on PTI’s manifesto at the beginning of the section on minorities. PTI claims that it will not tolerate any violence against minorities, but Imran’s stance on the blasphemy law, which is a state sanctioned tool of violence against these communities, is that of an apologist. To his credit, though, he did speak out against former Governor of Punjab Salmaan Taseer’s murder

Imran’s cosiness with Islamists suggests that he is incapable of providing a modernising ideological narrative for Pakistan. One of the reasons why the country is in crisis is the Islamisation of its school curriculum that started under Zia. Professor Pervez Hoodbhoy recounts a meeting with Imran Khan about the ‘education revolution’ in Pakistan where half of Imran’s advisors were Sunni clergymen, one of whom insisted that literacy was worthless without teaching “alif-se-Allah, bay-se-bandooq, jeem-se-jihad.” Khan also wrote in one of his books that Darwin’s theory of evolution is “half-baked” science. Due to these views, PTI ranks the same as other parties who are either Islamic, amenable to Islamism, or are unwilling and unable to counter such regressive ideological trends.

However, it is Imran Khan’s inability to grasp the Taliban phenomenon which is most frightening. He refuses to accept that there is a group that wants to set fire to society on its way to the top of the Pakistani state and impose on the country the exact same Shariah that they did in Afghanistan. This is because of his conviction that the Taliban are borne exclusively out of America’s invasion of Afghanistan and drone strikes in Waziristan, and therefore are nothing more than Pashtun freedom fighters. Not only does he believe that the Taliban would disappear when the US leaves the region, he is completely sure that he can talk them out of militancy as well. Even the overwhelming evidence to the contrary, including the fact that the Taliban refused his own anti-drone caravan to enter their stronghold of South Waziristan, has not been able to change his mind.

With his relentless anti-Americanism, Khan seems willing to shield the Taliban from any criticism whatsoever. He refused, on television, to categorically condemn the Taliban for the Malala shooting, even though he is ever-ready to condemn Asif Zardari and Nawaz Sharif for corruption. Altaf Hussain is regularly accused of terrorism by Imran but terrorists like the Taliban, as well as Ahle Sunnat Wal Jamaat candidates who are self-confessed Shia killers, escape criticism from the PTI. His unwillingness to challenge the Taliban also raises questions over the effectiveness of his condemnation of Lashkar-e-Jhangvi (LeJ) for sectarian violence, since the former are a bigger existentialist threat to Pakistan. Since LeJ have ties with PML-N, it could be a tactical choice to hold them responsible publicly; however, Imran’s track record suggests that he actually does not understand the issue of religious extremism.

PTI did win a significant number of votes; but its electoral success comes with certain qualifications. In Khyber-Pakhtoonkhwa (KP), it appears that he got the no vote; people rejected Awami National Party’s (ANP) corruption and voted for PTI in protest. Besides, the Taliban had terrorised ANP leaders to the extent that they could not even campaign, which left the ground open for PTI to claim victory. Thanks to Imran’s stance on the Taliban, PTI was spared whereas every other party was attacked and threatened by them.

However, people of KP undoubtedly wish for an end to warfare, therefore it is not out of question that PTI was voted in because of its opposition to the war on terror. But if this is the case, it will soon become clear that Imran won on a campaign of illusions. He does not have the power to simply talk the Taliban out of militancy. Khan also provided the most comical moment of the elections when he claimed that he will shoot down American drones with, of all things, American-made F16s. 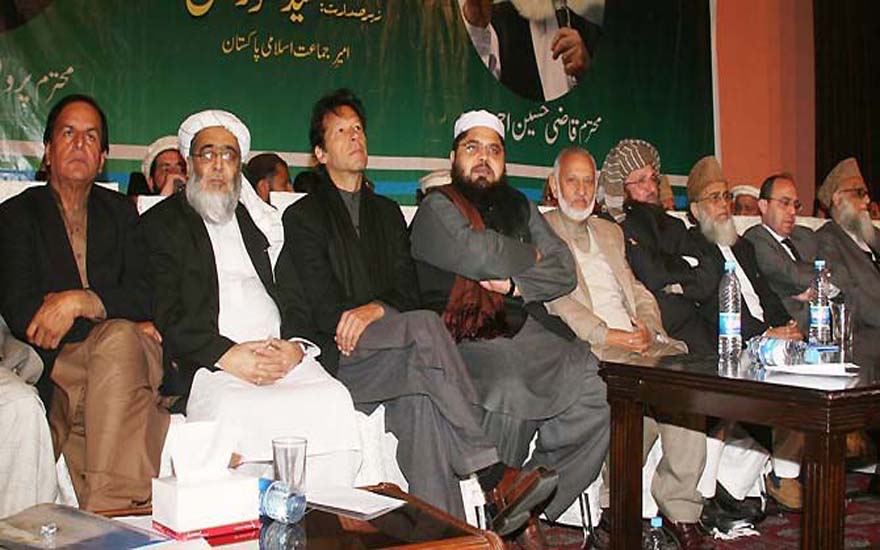 It is undeniable that PTI made significant inroads in MQM and PML-N’s strongholds, causing panic for MQM and prompting Shahbaz Sharif to carry out development projects in the Punjab to win back voters. There is a possibility that rigging deprived the PTI of some seats, but winning the elections, however, was never on the cards.
Rigging is not the principal reason why PTI failed to perform as Imran expected. A major shortcoming of PTI was that it did not offer anything to those who have the most stakes in change — the disadvantaged classes. Rhetoric alone did not convince the voters, whereas a concrete programme for change may have brought about results.
The Punjab was won by PML-N because, at the end of the day, Nawaz Sharif had something to show whereas Imran only had slogans. If PTI had a meaningful pro-poor message similar to the PPP in the sixties, it may have overturned PML-N in the province. But it did not.

It is not that PTI believed too much in its own propaganda. Imran Khan’s frightening self-righteousness and self-confidence from the onset meant that he could not see what the ever-changing reality was. PTI’s faith in the youth was faulty since the youth is not a monolithic category of unthinking individuals. Karachi’s youth voted for him but even Lahore’s youth deserted him. It also turns out that having large and colourful rallies does not translate into an equal number of votes. Imran’s religiosity, while maybe not turning off significant number of voters, did prove that he cannot bank on Islam; most Pakistanis might be Muslims but that does not mean that their religion explains their every action and that they would be lured by someone claiming to be a pious Muslim. Islamic slogans do not translate into votes — something that religious parties have learnt time and again in Pakistan.

Yet large numbers of people, including many who normally do not, still came out and voted for PTI. It is because Imran Khan is thought to be the only clean politician in Pakistan. However, corruption goes beyond bribery; there is also moral, intellectual and ideological corruption and ineptitude — all of which is endemic in the country and is a bigger concern than Zardari demanding a 10% share on every business deal. Imran Khan might have paid his taxes and earned his money ethically, but he does not convince on issues that are immeasurably more important. One hopes, though, for him and for Pakistan, that his stint in power in KP will open his eyes to some of the realities on the ground.