After over a decade of rapid growth, the engines powering the Pakistani media appear to be spluttering to a halt. In a wave of cuts beginning around the end of last year, newspapers have shed pages in an attempt to cut costs, hundreds of journalists, from both the print and electronic media, have lost their jobs, and those who survived the cuts have often seen their incomes slashed as the price for their continued employment. Print news is particularly vulnerable, having long been suffering a decline in prominence as television news gobbled down the lion’s share of revenue and viewership during the boom years. Its declining financial competitiveness has made it an easy target for cuts now that the boom is over and revenues are strained. The Herald, one of this nation’s most prestigious print magazines, and a bastion of quality writing and reporting was shut down in July of this year; by the end of the month, Newsline will follow suit. 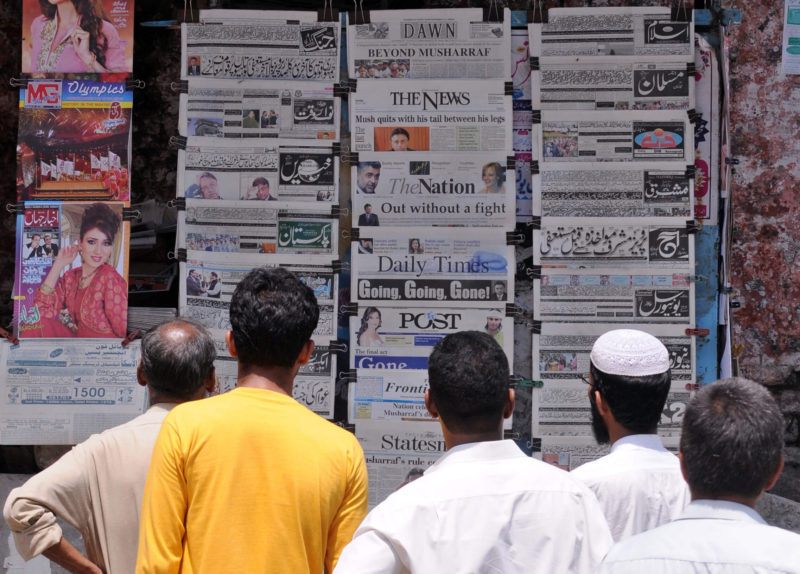 The explanations for the media’s current woes have largely focused on the decline in advertising revenues. The decision of the current government to slash the advertising budget has featured prominently in this line of argument. Speaking to Dawn in November 2018, a senior executive of a Karachi-based advertising agency claimed that “The government has actually subsidised news channels for several years by buying airtime at a much higher rate – around three times higher than the rate charged by the channels from a private company for the same duration and time slot. The majority of channels are facing the present financial crunch because their revenues from government advertisements have suddenly vanished.” Others have pointed to the ailing economy as a contributing factor. An article published in TRT World  during the same period, argues that as the rupee has depreciated, multinational corporations who repatriate their profits abroad in dollars have decided to cut back on advertising, a relatively more dispensable expenditure.

While understanding the motivations of advertisers, both public and private, is important, this line of analysis takes the media’s relevance to the public for granted. Without people to watch channels and read articles, there is simply no market for news. Given the blatant obviousness of this point, it is surprising that few have stopped to consider how the ways in which people engage with the news has changed and whether or not the public still finds the content produced by traditional print and electronic media to be worthwhile.

The most discernable shift in consumer habits between the inception of the boom and the present crisis has come via the rise of the internet, and its spawn, social media, as a new medium for commerce, communication and the acquiring of information. According to a Global Digital Report released by We are Social and Hootsuite, 21 percent of all Pakistanis are connected to the internet while 18 percent are active social media-users, with both statistics trending upwards. The implications for traditional print and electronic media, are profound. For one, the ongoing mass-migration to social media has created a rival stream for ads. Platforms like Twitter, Facebook and Instagram now challenge the traditional media outlets for advertising revenues. Given that those with access to social media are likely to be younger, better educated and relatively more affluent, corporations, in particular, have a clear incentive to make social media a greater priority in their advertising strategies. A similar point can be made about public administration, politicians and celebrities, all of whom can now reach their target audience independently of traditional media, free from pesky journalists who critique, question and at times distort what one has to say. Those online face a straightforward choice: why go to the middlemen at the channels and the papers when we can go straight to the source on our own?

Though most of the major news organisations have set up websites and expanded into social media, their presence does not alter the fact that the oligopoly of news channels, papers and magazines over the dissemination of information has been irreparably broken. While the move online is prudent, it remains unclear whether websites and social media accounts can generate the kind of revenue that allows traditional media to operate on the scale that it currently does. Though many news outlets can boast of impressive social media followings, of the followers listed on a news organisation’s profile, only a fraction will see the posts from that entity appear on their feeds; an even smaller fraction will stop to view or read the article or clip linked to those posts. Given the deluge of content that populates one’s personal Facebook or Twitter feed, users are less inclined to invest significant amounts of time on a single post. The content that enjoys the greatest appeal in this environment often sticks to the pop music formula, concise and catchy. Two-page articles and extended news clips are thus relegated to a niche category, limiting a news organisation’s ability to monetise its social media operations. 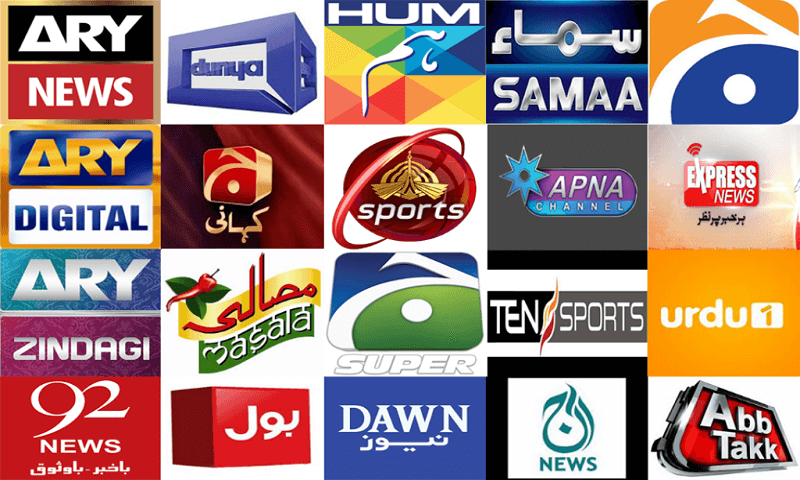 Compounding these issues, the internet has facilitated the rise of new competitiors by dispensing with the need to have a paper or a channel to be a news organisation. Websites like ProPakistani and MangoBaaz regularly put out content on current and public affairs. By operating solely online, these institutions are less capital-intensive, making them easier to start and cheaper to run. Thus in the internet age, traditional media faces a shrinking audience and growing competition over what is left.

While the challenges the internet and social media present for traditional news are not unique to Pakistan, they form one end of a tightening pincer; on the other end, the state is busy crushing the independence of the media. Unfortunately, Pakistani media is no stranger to state censorship. However many argue that the practice has reached its zenith under the current administration. After years of silencing and manipulating the media in the service of its own parochial interests, state interference is beginning to exact a heavy toll on the quality of the content produced by our media. Unable to operate outside the parameters set from above, the content produced by the Pakistani media has been whittleddown. In the race for ratings, the news channels seem to have become a catalogue for a never-ending series of scandals and intrigues, sprinkled with noisy talk shows, and the occasional natural disaster or terrorist attack. Frank and thought-provoking discussions on the structural and ideological forces behind the headlines have become increasingly rare.

Rather than holding the powerful accountable, our media has become a mere spectator to their depredations; its utility to the public as a tool for understanding rather than just observing the events in our society has been considerably diminished. Under such circumstances, the task of providing the public with stories that they will find meaningful, informative and compelling is exponentially more difficult and dangerous.

As time goes by, the forces currently undercutting traditional print and television media are likely to intensify. More people will flock to social media as internet connectivity expands, while the tentacles of state censorship and suppression now extend beyond the press and political parties to art, literature and even entertainment, further stifling civil discourse. In such a climate, it is not just the financial viability of the press or media that is under threat, but the very idea of having one in the first place. If consumers simply by-pass journalism via social media, while the state prevents honest reporting by traditional media, what is our news industry left with to justify its continued existence?